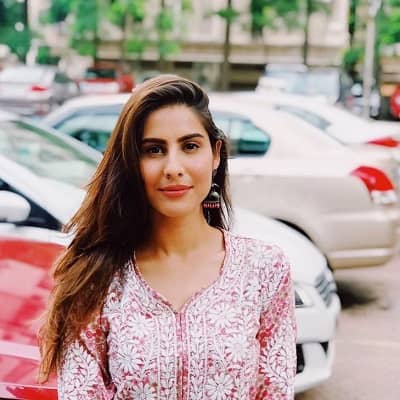 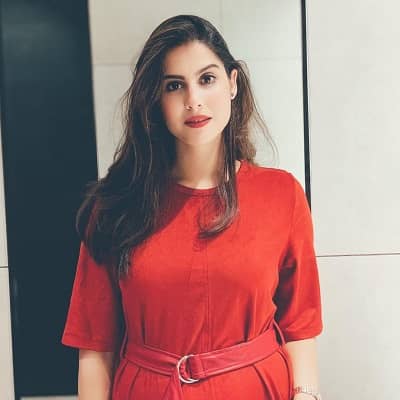 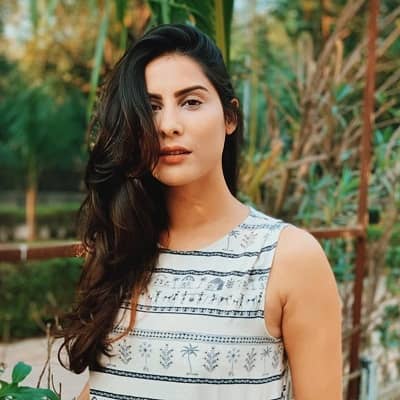 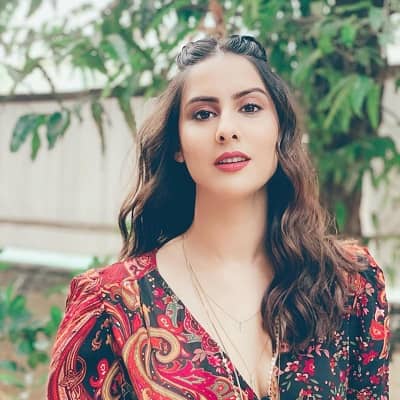 Sheetal Thakur is a young and rising Indian actress and model. Sheetal Thakur also gained fame as the fiancee of the fellow Bollywood actor, Vikrant Massey. Besides her career in the entertainment industry, Sheetal is also an engineer. 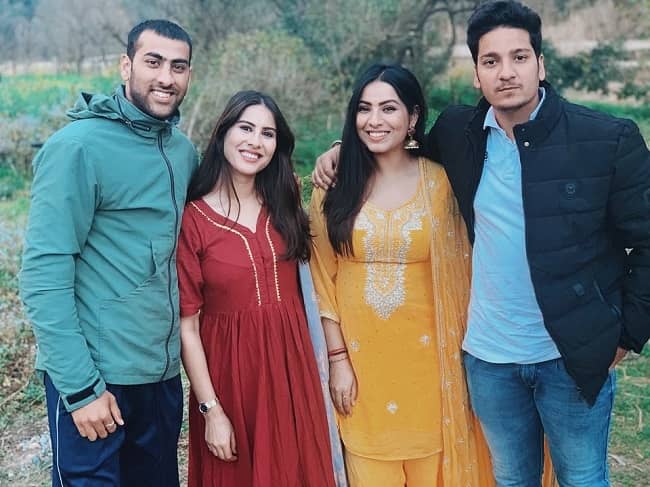 Caption: Sheetal Thakur posing for a photo with her siblings. Source: Instagram

Sheetal Thakur was born on 13 November 1991 and she is currently 29 years old. She is originally from Dharamshala, Himachal Pradesh, India, and her zodiac sign is Scorpio.

Talking about her family, Sheetal has two siblings namely brother Yuvraj and sister Shivani. Other than this, there is no information regarding Sheetal’s parents and other family details.

Regarding her educational journey, Sheetal graduated from the University of Delhi with a bachelor’s degree in Information Technology. Prior to this, Sheetal studied at St. Xavier’s Senior Secondary School, Chandigarh. Moreover, Sheetal is also famous for her nickname, i.e. “Chintoo”.

Professionally, Sheetal Thakur is a young and rising Bollywood actress and model. She is also famous as the celebrity fiancee of actor Vikrant Massey. As an actress, Sheetal debuted with the 2016 film Bambukat. It is a Punjabi film released in 2016 in which Sheetal portrayed the role of the character Sammi. 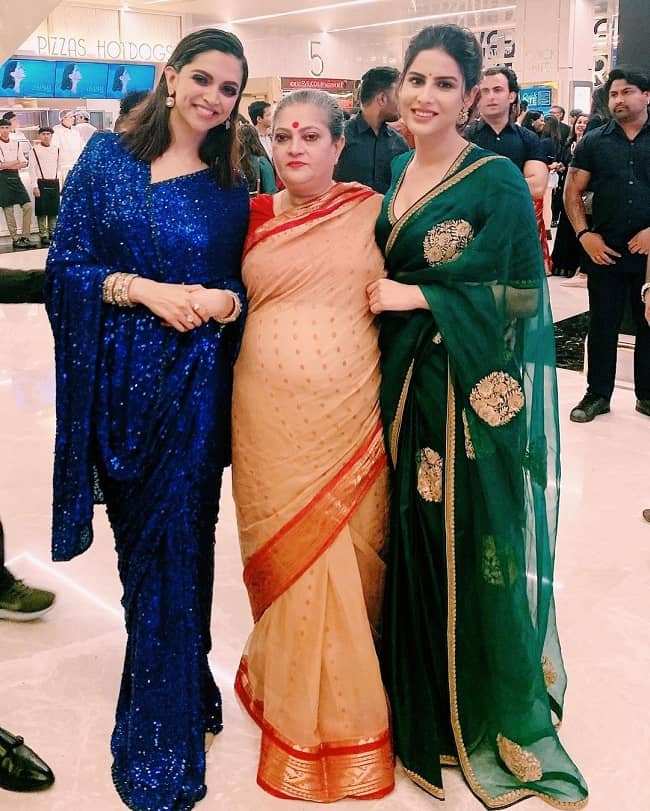 While in college, Sheetal Thakur participated in the beauty pageant “Femina Miss Himachal Pradesh”. In this pageant, Sheetal won the title and additionally bagged the tag of “Beautiful Smile”. Following this, Sheetal received modeling offers from various brands. Besides modeling and acting, Sheetal also worked as an engineer in “Havels” in Delhi.

While working as a model, Sheetal also accepted modeling projects. Hence, while talking about her modeling career, Sheetal started off in the year 2012 by starting with print shoots and TV commercials for brands like Airtel, E-future, Sony-Ericsson, HomeShop18, ICICI Bank, etc. As a model, Sheetal Thakur has also walked the ramp for Satya Paul and has also done jewelry shoots for the jewelry designer Ruhee Nanda.

Sheetal Thakur is currently engaged to Vikrant Massey. They engaged in November 2019 after dating each other for around 4 years. The couple had a very small and private function.

In an Instagram post shared on 28 January 2021, both Sheetal and Vikrant are seen sitting in a puja alongside Vikrant’s mother, Aamna Massey. 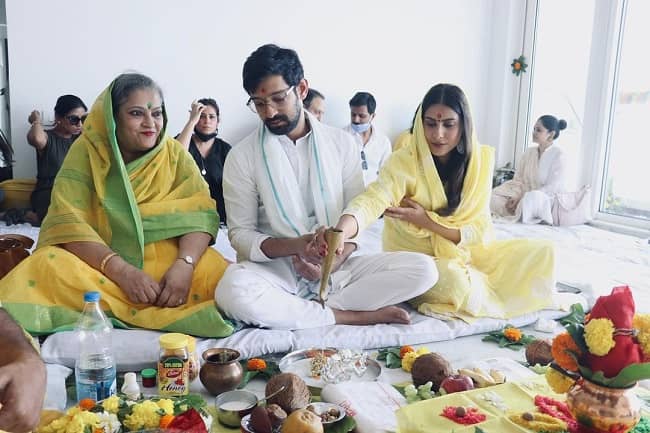 Caption: Sheetal Thakur captured in the puja with her fiancee, Vikrant, and his mother, Aamna. Source: Instagram

In Vikrant’s post, he mentioned in the caption, “PS: Not yet married. Please reserve your wishes. ???”. Though it is not verified, we can only assume that this puja might be for the new home that they are living together from now on. We can assume this information based on Sheeta’s photos shared on the same day.

The couple frequently features each other on their personal Instagram posts. They are also very lovely-dovely and don’t shy away from showing their love for each other. 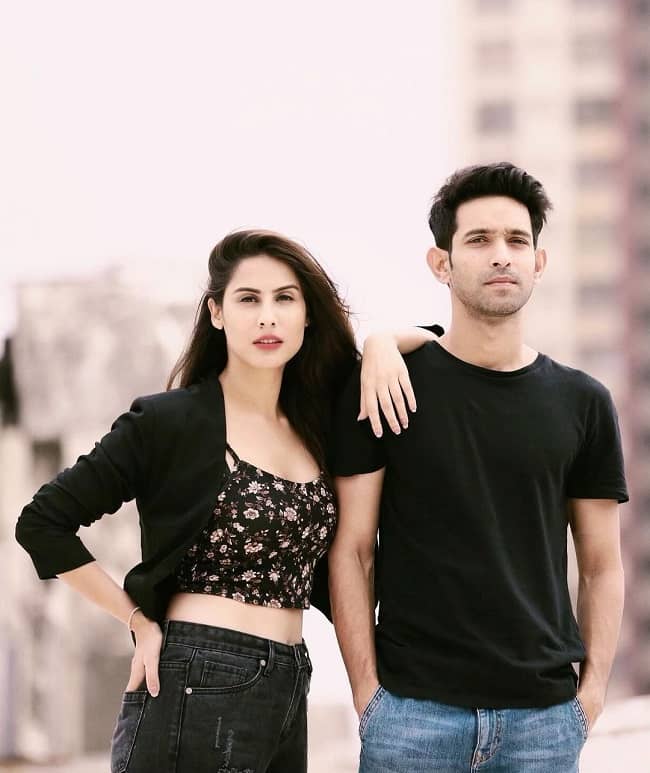 Talking about her social media presence, Sheetal Thakur goes by @sheetalthakur on Instagram. While writing this biography, Sheetal has shared exactly 2,694 posts and garnered more than 424k followers. Other than this, Sheetal doesn’t seem to have a personal account on other platforms like Facebook, Twitter, Youtube, etc. Moving on, Sheetal has an approximate net worth of ₹227 Crore, i.e. around $31 million US dollars.