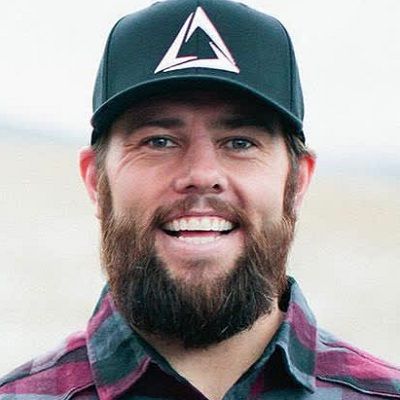 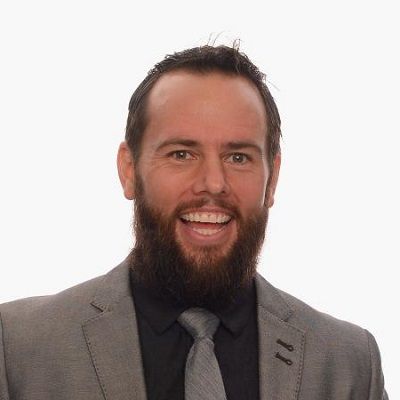 Shay Carl Butler is a dashing personality born on March 5, 1980. Shay is officially known as Shay Carl. 41 years old, Shay was born in the United States of America. His birthplace is Logan, Utah. His father is Carl Butler while his mother’s name is Laurie Butler.

He was brought up with his three siblings. He is the eldest among his siblings. His brothers are Casey Butler and Logan Butler. Carlie Butler is his  sister. Shay is an American by nationality and White- Caucasian by ethnicity. Successful Youtube personality Butler’s birth sign is Pisces.

Butler’s family moved to Phoenix, Arizona for Shay’s father so that he could attend college there. His father is an electrical engineer. Possibly, Shay might have grown in Arizona. 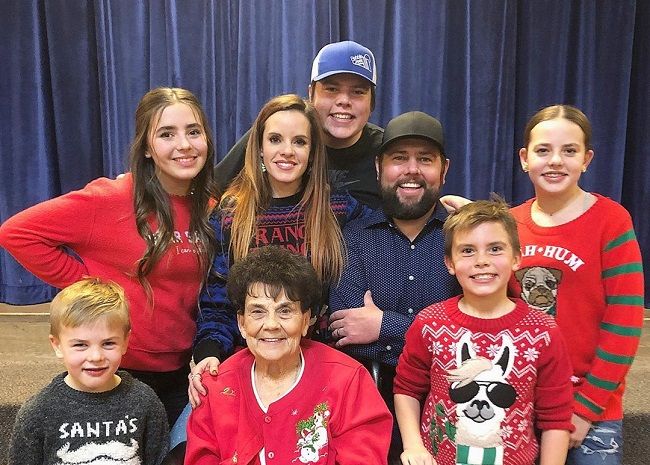 Not much information is available about his educational background to us. Thus, we don’t know about his early education. However, Shay got enrolled at Idaho State University. But, he later dropped his education for working. Unfortunately, he couldn’t complete his education.

Before a successful Youtuber, Butler served a full-time in two-year mission in Barbados, Trinidad, and Guyana for The Church of Jesus Christ of Latter-day Saints. He used to install granite countertops for a living. Moreover, he also worked as a school bus driver to support his living. Furthermore, he also served as a DJ for Z103.

He got his breakthrough when his friend Philip DeFranco gave him a shout-out for his Youtube video. His Youtube channel, “@shaycarl” has got 1.67 million followers till the date. ‘Fun with Helium and Passing Out’ was uploaded six years ago on August 16, 2007. ‘The Best Dance Number EVER!’ and ‘Ski Backflip’ are some of his oldest videos.

‘SPAGHETTI SYMPHONY! (rap song)’  is the most viewed video on this channel. It has amassed 27M views till the date. ‘DAD BUSTS KIDS MAKING MESS!’, ‘EPIC WAR!’, and  ‘3-year-old BONER…Hilarious!!!’ are the other videos that have crossed 14 million views. 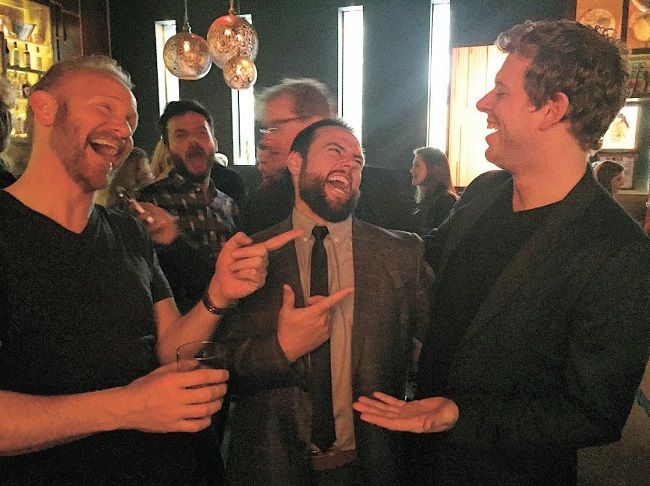 Shay Carl commenced his another Youtube channel on Oct 2, 2008.  This channel of him is subscribed by 4.96M people from all around the world. ‘BABYTARD IS SICK!’  is the most popular video of ‘SHAYTARD’. More than 30M viewers have viewed this video. ‘WE GOT A SWIMMING POOL!’, ‘A BABY IS BORN!’, and ‘SHAYTARDS FAMILY CANNONBALL!’ are the other most videos on this channel. Almost all three videos have crossed 22M views. ‘New Media Rockstars Top 100 Channels’  Shay Carl’s Youtube channel was ranked 31.

Butler along with his wife, Cotelle, has been running a podcast named, “When the Kids Go to Sleep”. They have interviewed celebrities like Terry Crews and Bas Rutten. Butler is also an author. He and his son Gavin have written a book called, Fat Dad, Fat Kid.

Talking about his works in acting,  he started to work in a web-series from the year 2009. In ‘The Station’, he was cast as Randy and Shay. In the year 2010, ‘The Annoying Orange”, he played the role of Shay Red and also provided a voice to ‘Cabbage.’

Similarly, ‘No Ordinary Family’, is another TV series where he showcased his talent of acting. He acted as a Security Guard in it in 1 episode. Similarly, he became busy in ‘MyMusic’ for two years. In 2012 and 2013, he provided justice to the role of Hipster Metal. Furthermore, ‘Wonder Quest’ is his next project where he provided a voice to  Heinous. Moreover, ‘Studio is another TV series where he played the role of Johnny, ‘The Vlogfather.’

Butler along with his friend, Corey Vidal developed Vlogumentary. Vlogumetary was released on April 20, 2016. It is a 90-minute documentary featuring Shay Carl, his Youtube channel, ‘SHAYTARDS’ and other famous vloggers.

Also, Butler provided a voice to Viking in Cartoonium’s Shaybeard online cartoon series. Shay co-starred in a pubic service announcement of the Adopt the Arts Foundation.

In 2009, ‘SHAYTARDS’ won  “Best YouTube Channel or Personality” at Mashable’s 3rd annual Open Web Awards. The same year it was nominated for in the “Best Non-Fiction or Reality Series” category of the 3rd Streamy Awards.

Shay has earned a decent amount of money by vlogging and acting. His individual income streams are quite difficult to mention. But, it is estimated that he has a net worth of $30 million.

Shay met his lady love at a local theatre. His friends have always been boon to him. He met his wife, Colette Crofts at the theatre where he went to watch a musical performance, ‘Anything Goes. Colette was playing the role of a classy night club singer. It was the second time when both Colette and Shay met when Collette accepted the offer of wakeboarding.

A year later, Shay proposed Colette. As Colette was waiting for her ex-boyfriend to return from a tip initially, Colette didn’t accept the proposal. But, later she decided to move- on and accepted Shay. 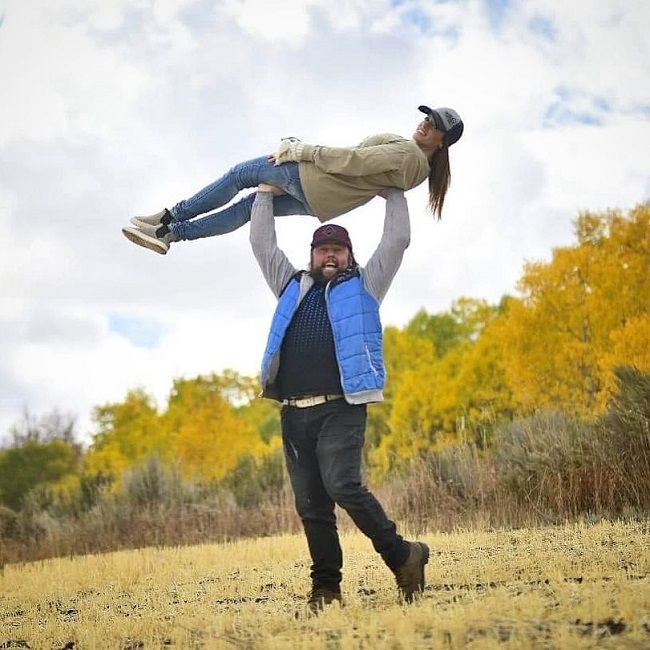 The couple celebrates their marriage anniversary on January 3rd. They got married in 2003. The couple is blessed with five children. They are Avia Colette, Brock Vincent Butler, Daxton Charles Butler, Emmi Laurie Butler, Gavin Butler.

Butler announced that he would be leaving Youtube for a while on February 12, 2017. Via his Twitter page, he announced that due to alcoholism his  “purpose is to rehab”. He was alleged of exchanging sexual messages via Twitter with an adult webcam model, Aria Nina. International Busines Time had run this story. Later, in March 2018, Carl again started his Youtube channel and worked on the relationship between him and Collette.

Earlier Carl was overweight. He used to weigh 136 kg. Later, he got afraid of a heart attack and began to lose weight. Within a year, he lost over 50 kg of weight. As per the sources, now, he weighs 80 kg. He stands tall with a height of 5 feet and 9 inches. It is approximately 175 cm. Regarding his other body measurements, we don’t have enough information. Shay has Brown eyes and brown hair. Furthermore, his shoe size is 12.

His Youtube channel, ‘SHAYTARDS” has 4.96k subscribers while his other channel, shaycarl has 1.67k followers.