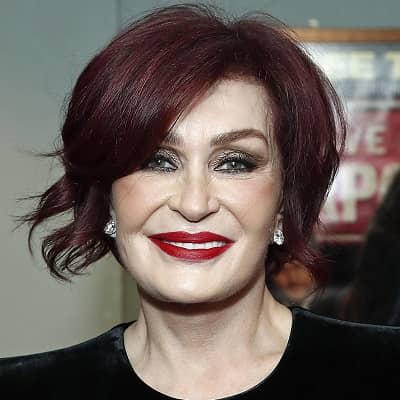 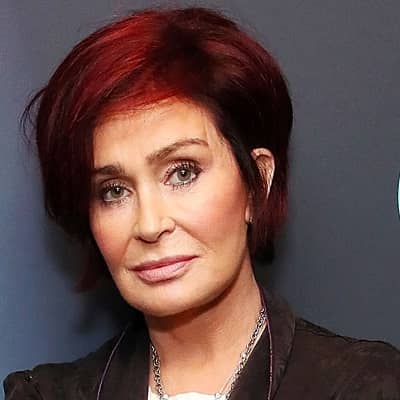 Sharon Osbourne is a music manager, author, and television personality from the United Kingdom. Sharon Osbourne has also appeared as the judge in talent shows like “The X Factor” and “America’s Got Talent”. Moreover, she is also popular as the wife of heavy metal singer-songwriter Ozzy Osbourne.

Sharon Osbourne was born in London, England on October 9, 1952. She was born under the zodiac sign Libra and she is currently 69 years old as of 2022. Her real birth name is Sharon Rachel Levy. She was born to Don Arden a music promoter and manager and his wife Hope Shaw. Moreover, she had a difficult childhood as her father was a very violent person. Following a car accident, her mother became cold and indifferent than previously. Additionally, her father managed some of the biggest musical acts like Queen, Small Faces, and Little Richard.

Due to her father’s poor money management, her family often lived in poverty despite her father earning good money. Furthermore, she has a brother named David and grew up with him in her hometown. Additionally, she holds British nationality and belongs to mixed ethnicity of Irish and Ashkenazi Jewish.

Talking about Sharon Osbourne’s academic qualification, there is not much detailed information regarding her educational life. We can assume that she completed her graduation from a well-known University despite having hard childhood and often living in poverty.

Sharon Osbourne met Ozzy Osbourne while her father managed his group Black Sabbath. However, her father fired Ozzy in 1979 after an episode of substance abuse. After that, she took Ozzy as her client and started managing his career. Due to this, her father became angry with her and didn’t talk with her for years. However, the relationship between her and Ozzy induced violence from the alcoholism.

Despite that, the couple made a successful business team and she helped to launch Ozzy’s solo career. She helped him recruit a talented backing band of Bob Daisley, Randy Rhoads, and Lee Kerslake after he was kicked out of his band. Moreover, he went on to release his solo album with his backing band. After that, she helped her husband to release his solo album titled “The Blizzard of Ozz” in 1980 which was a huge hit. 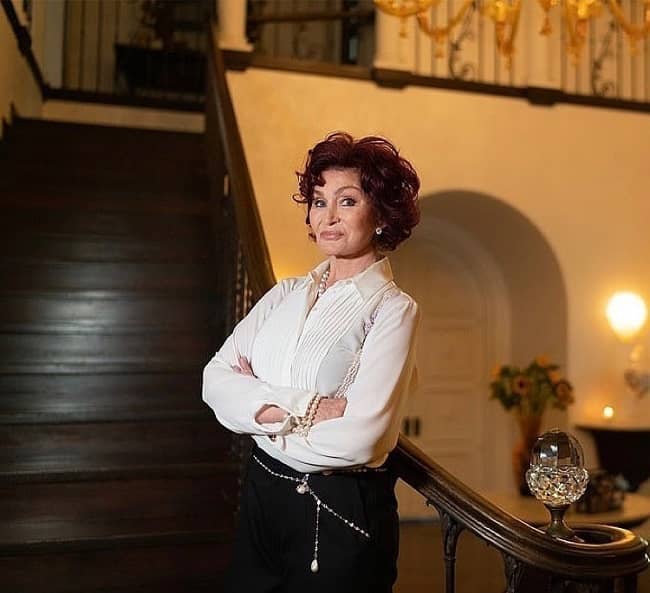 Throughout the 1980s and 1990s, she managed her husband’s successful career and helped him to release hit songs. Moreover, she founded the Ozzfest with her husband which is an annual festival tour of the United States and other countries. Moreover, the tour features performances by several heavy metal bands and hard rock bands. Aside from that, she also set up her own talent management company called Sharon Osbourne Management.

She also appeared in the 2002 show titled The Osbournes which follows the life of singer Ozzy and his family aired on MTV. Due to her appearance on the show, she gained celebrity status and the show even covered her battle with cancer. In 2005, she published her autobiography titled Extreme which she co-wrote with Penelope Dening.

Moreover, her autobiography topped the list of “Sunday Times” bestsellers which told her difficult childhood. She received offers to host her own show after becoming a celebrity. Moreover, she appeared in the US version of “The Sharon Osbourne Show” which ran for one season in 2003-04. Apart from that, she also appeared as a judge on a British talent show “The X Factor” from 2004-2007, 2013, and 2016 -2017. After that, she appeared as a contestant on NBC’s show “The Celebrity Apprentice” and finished at third place in 2010. Moreover, she also appeared as a judge in the American talent show called “America’s Got Talent” from 2007 to 2012. Additionally, she started co-hosting the CBS talk show titled “The Talk” in October 2010. However, the channel announced that she left the show over allegations of racism on March 26, 2021.

In 2006, Sharon’s autobiography Extreme received an honor as the Biography of the year at the British Book Awards. She and her husband received an honor for their contribution to the music industry with a Silver Clef Award at a ceremony in London.

Sharon Osbourne has garnered a huge amount of money as an author, music manager, and television personality. According to online sources, she has an estimated net worth of around $220 million and earns $5 million in salaries annually. 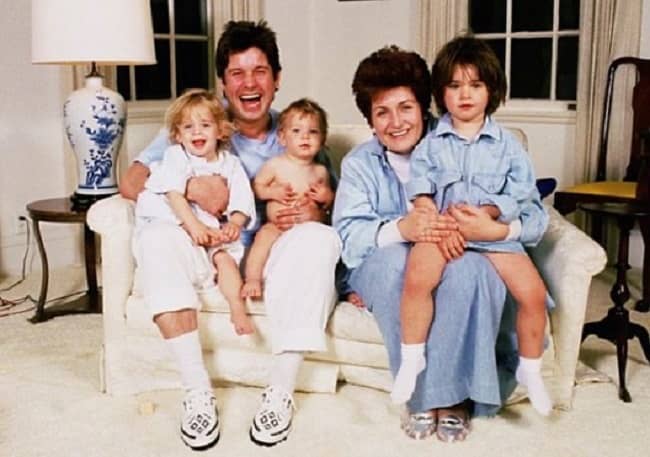 Caption: Sharon Osbourne with her husband Ozzy and their three children (Source: Instagram)

Sharon Osbourne met Ozzy while her father managed his band Black Sabbath. But, her father fired Ozzy in 1979 after an episode of substance abuse and she started to manage his career. After that, the couple started their relationship and eventually married each other in 1982. However, their marriage was troubled from the beginning due to drug abuse, alcoholism, and violence. Despite that, the couple remained together through the years and have three children. She and her husband shared two daughters named Kelly Osbourne and Aimee Osbourne and a son named Jack Osbourne.

Sharon Osbourne left the show “The Talk” after the allegations of racism on March 26, 2021. Moreover, she was part of several rumors and controversies due to her husband Ozzy’s struggles with drug abuse and alcoholism.

Sharon Osbourne has red hair and green eyes with a height of 5 feet 2 inches and a weight of 55 kg. Besides that, there is no further information about Sharon’s other body measurements. 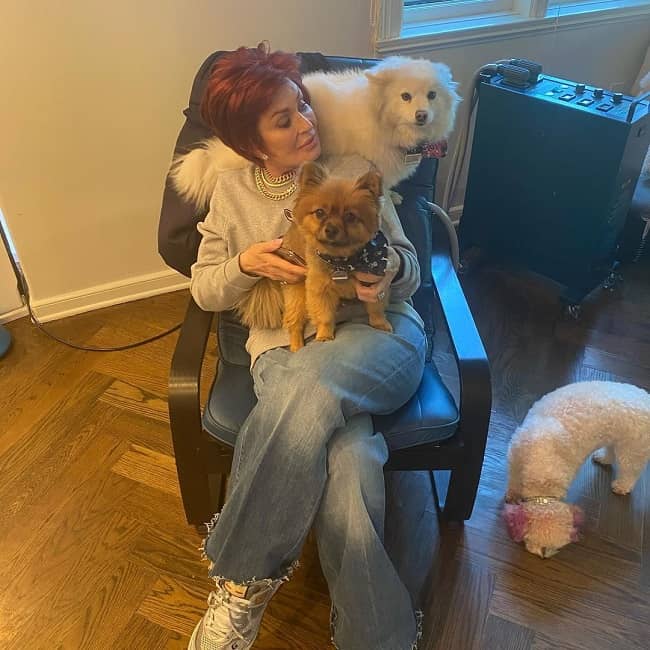