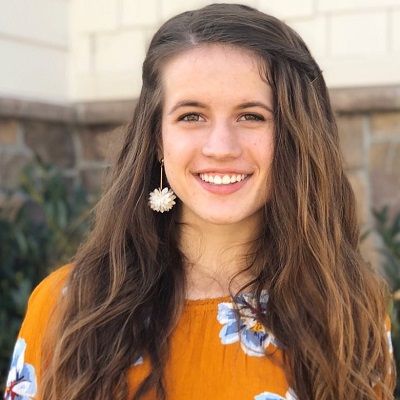 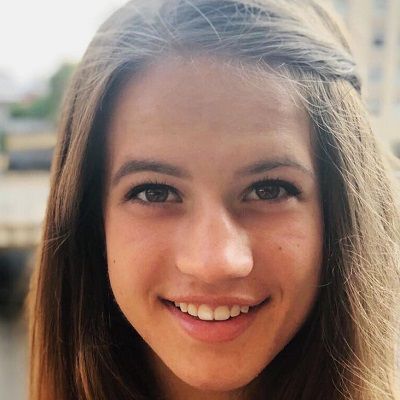 Shari Franke is a Youtuber and a member of the famous Youtube family who operates the channel named “8 Passengers”. Shari Franke also has her own Youtube channel where she posts vlogs, makeup tutorials, unboxing videos, and storytime videos. Franke played an important role during the giveaway events, organized by her family’s Youtube channel. Because she is the one who hands out various giveaways on behalf of her parents

Shari Franke was born and raised in the United States. She came to the world on March 3, 2003, and she is 19 years old and her zodiac sign is Pisces. She holds American nationality.

Her father previously worked as a geotechnical engineering consultant. Moreover, he directs and edits the videos on their family channel.

Shari is the oldest of the six children of Ruby and Kevin. She has two younger brothers and their names are Chad and Russell.

Likewise, She also has three younger sisters and their names are Abby, Julie, and Eve. All of them are always featured on their family Youtube channel ‘8 Passengers’.

Focusing on her childhood, she has had a very good and happy one. She was brought up in a very caring and loving environment. She became famous when she was a child thanks to her parent’s Youtube channel. 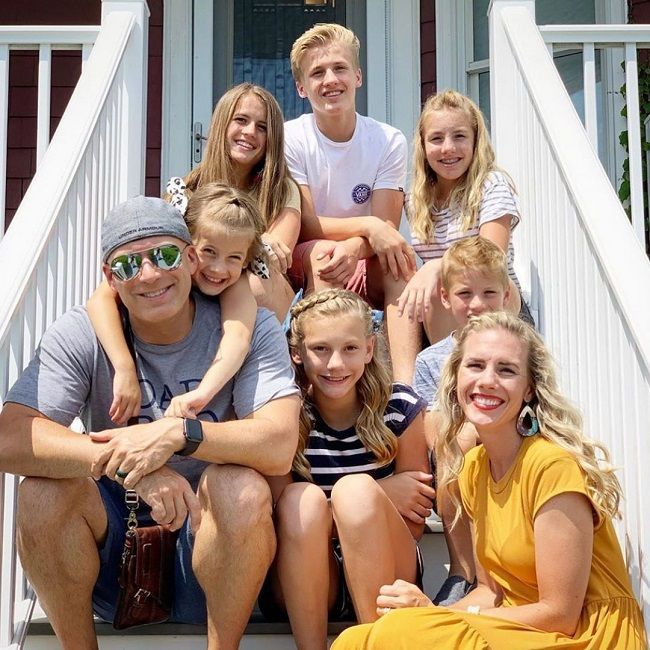 Talking about her educational background, Shari attended a public school for a few years.

Unfortunately, she didn’t like the environment in her school as many of her fellow students used abusive language and also did drugs.

Thus, this had a huge impact on Shari and her parents were scared that their daughter would get involved in bad things. Then, her parents enrolled her at a private school. Sadly, the name of her school is not known.

Shari Franke had a hard time making friends in her elementary school because she was a quiet girl. She found it hard to start a conversation with her school and classmates.

Luckily, as time went by, she started socializing and ended up making a few friends. At the moment, she is studying in high school.

Furthermore, she was always a perfectionist since her childhood as she is very punctilious about completing her school projects and assignments on time.

Likewise, she also pays extra attention to every single detail in whatever she does. Shari is very organized and prefers planning her day beforehand.

Shari is pretty active on her social accounts. She has mustered 498K subscribers on Youtube and 354K followers on Instagram.

Likewise, she is also active on other social accounts such as Twitter and Facebook and has garnered 2229 and 2847 followers on the respective accounts.

Shari is pretty much single at the moment. She is more focused on her career as a Youtuber and a social media personality.

However, she does go on dates and hang around with boys but has not been in an official relationship with any one of them. Moreover, her fans think that she is dating Brevin Park. Brevin is also a Youtube star.

However, on August 29, 2019, she posted a video explaining that she is single and is not dating Brevin. Also, she has never officially dated Brevin.

They used to go on dates but never really started dating each other. They were more like best friends and even liked each other.

Sadly, not so much that they would start dating. Moreover, Shari also went to prom with Brevin. 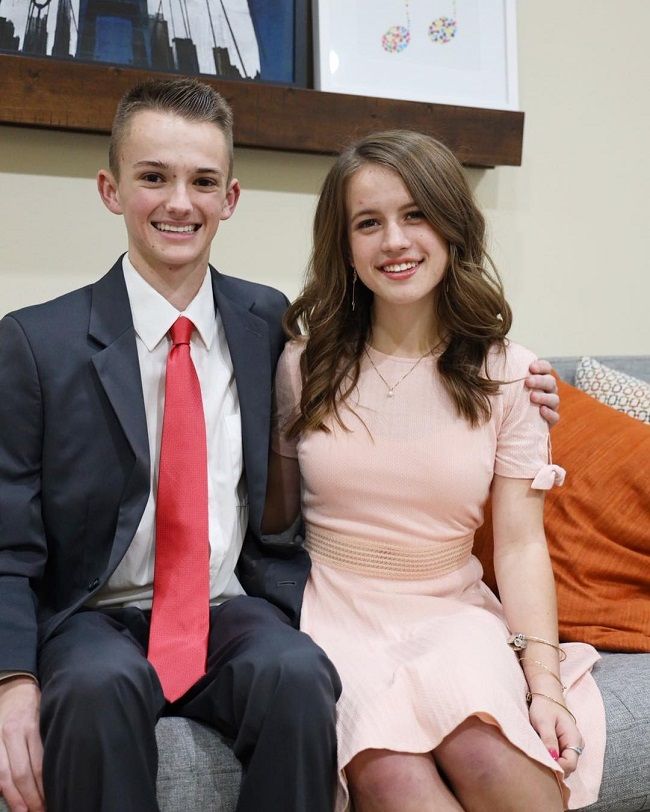 Shari Franke was introduced to social media platforms by her parents when she was a kid. Her parents often feature her on their family Youtube channel called ‘8 Passengers’.

Even though her individual channel was created before, she only started posting videos on it in the year 2017.

Prior to posting videos on her self-titled channel, she was often featured in the videos on ‘8 Passengers’.

Shari is the person who hosts the giveaway events which are organized on their family Youtube channel. In fact, their family channel has mustered 2.49M subscribers to date. 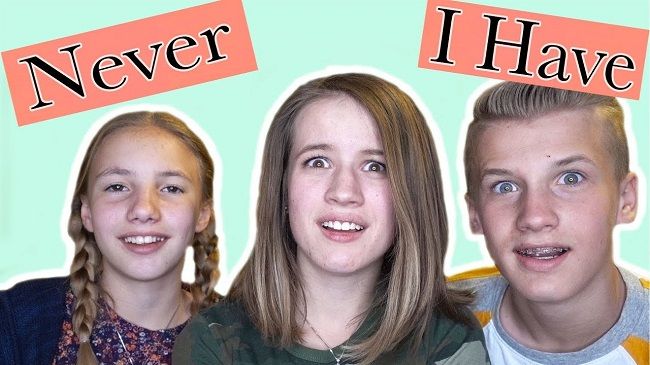 She loves applying makeup so that is the main reason why her channel is mostly packed with makeup tutorials and other makeup-related videos as well.

However, she is a long way from perfecting the art of applying makeup. She is still learning the tricks of the trade from her mother.

Shari doesn’t hesitate to take a leaf out of her parent’s book when it comes to choosing the subject matter for her Youtube videos.

Therefore, some of her most popular Youtube videos include travel vlogs, makeup tutorials, unboxing videos, pranks, Christmas vlogs, storytime videos, and others.

Shari Franke has not officially announced her body measurements. However, according to Celebsbodysize, her height is 5 feet 3 inches and her weight is 53Kg.

Her other body measurements such as chest-waist-hip sizes are 33-25-34 inches respectively. Likewise, her light brown hair and light brown eyes complement her beautiful face.

Shari’s main income source is Youtube. Her net worth is around $210K. Franke has published 224 videos which all together add up to more than 60.7 million views and creates on average 9 new videos every month.

Shari Franke wants to move to Manhattan, New York when she grows up. Talking about her aims, she wanted to become a school teacher when she was in the fifth grade.

However, her aim and career preferences kept changing with every passing year. Moreover, she is now a Youtuber and is doing very well in her respective field.

Shari absolutely hates summer and wants a very short summer vacation as she loves going to school. However, the main reason for her hating the summer is that she develops skin allergies during the season.

Moreover, she loves writing and maintains a diary as well. She has also a whiteboard attached to her bunk bed on which she writes down her memories and reads them every night.

She said that she doesn’t like fantasy novels but ‘Harry Potter is an exception which she has read more than 13 times already.

Shari is also interested in sketching which was inspired by her grandmother. She loves listening to country music as well which is her favorite musical genre.

Likewise, she enjoys watching movies, especially romantic flicks. Shari is a very emotional person and often cries while sentimental movies as stated by her family members.

Furthermore, she is multilingual and can speak many different languages such as French, German, and Portuguese as well.

She loves playing softball and has been playing the game for a very long time now. She hates hiking but likes to sprint. Moreover, she loves solving the Rubik’s cube and is very good at it.

Shari is very adventurous and enjoys motorcycling, paragliding, and much more. She is very fond of animals, especially dogs.

Moreover, she owns a dog as well. Sadly, she also suffers from acrophobia, apiphobia, and nyctophobia.