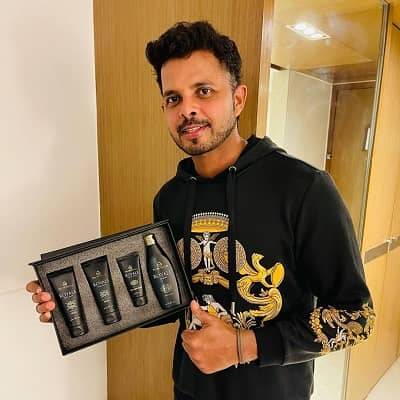 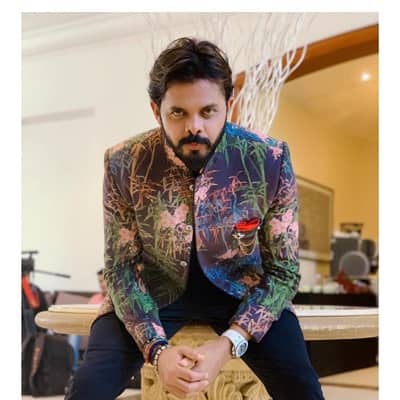 Shanthakumaran Sreesanth is a famous Indian cricketer who is widely famous for his aggressive nature in the field and his fast bowling spell on the field was born on 6th Feb 1983 in Kothamangalam, Kerala, and is currently 39 years old. His father’s name is  Santhakumaran Nair and is a retired insurance officer his mother’s name is Savitri Devi and is a retired state government servant.

He has three siblings; they are, his elder brother, Dipu Santhan, and two elder sisters, Nivedita and Divya. Furthermore, his wife’s name is Bhuvneshwari Kumari. The couple has 2 children one daughter Sree Sanvika Sre and one son Suryasree Sreesanth 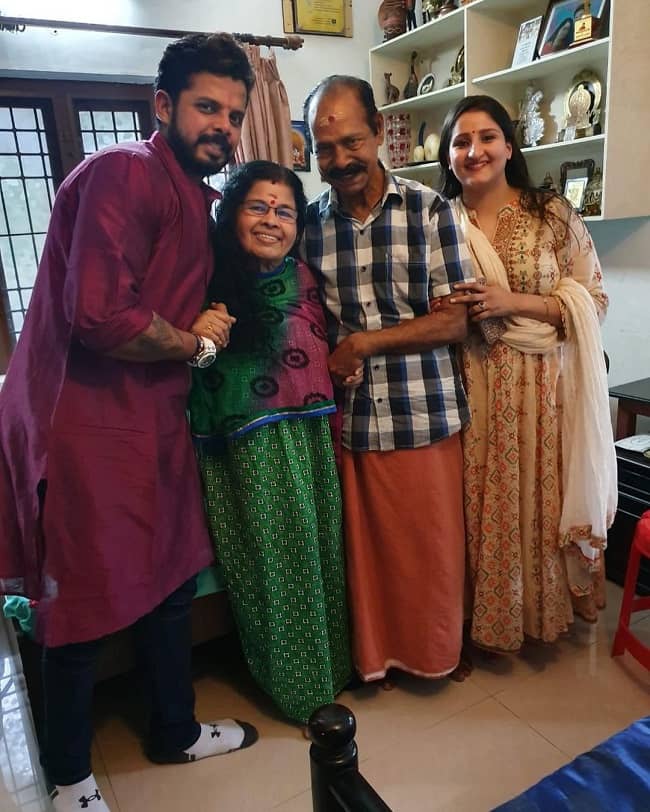 Talking about his Educational background of his, he completed his 11th standard from Bhavans Vidya Mandir, Elamakara, Kochi. He used to look up to Anil Kumble as his role model during his childhood and used to copy his actions. He was fond of dancing and he won a dancing competition in 8th standard.

Shanthakumaran Sreesanth made his debut in domestic cricket in the 2002-03 season against Goa. In 2004, while playing against Himachal Pradesh in Ranji Trophy, Sreesanth made a hat-trick. Following his excellent performance, he made it to India B for the Challenger Trophy in October 2005.

Similarly, In Challenger Trophy, he was awarded as Man of the Series award. Consequently, he got promoted for selection in the National Team for the ODI series against Sri Lanka in 2005. In his six years long career, he took down 87 test wickets, 75 ODI wickets, and 7 T20 wickets for his country. 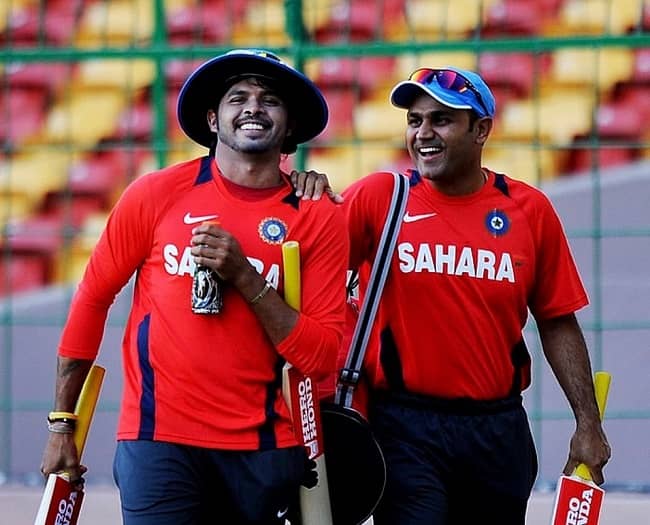 In 2008 he started playing for Kings XI Punjab till 2010 and from 2011 to 2013 he played for Kochi Tuskers Kerala. Later, he got drafted to Rajasthan Royals. He has played 44 matches in IPL and took 40 wickets

In 2018, Sreesanth participated in Bigg Boss 12 as a celebrity contestant and became the first runner-up.

In the IPL season 2013, Sreesanth faced charges of spot-fixing along with Ajit Chandila and Ankeet Chavan. He also got banned for a lifetime but later changed it to a seven-year ban.

Come back after the ban

After a seven-year ban, he had previously talked about beginning “everything possible to get back on the field”. On 13 September 2020, the ban officially ended and he got selected for the Syed Mushtaq Ali Trophy and Vijay Hazare Trophy in 2021 in the Kerala Team.

Talking about his relationship status, Shanthakumaran Sreesanth is a married guy. He married his girlfriend Bhuvneshwari Kumari. Furthermore, The couple married each other on 12 December 2013 at Guruvayur Sri Krishna temple in Kerala. The couple has 2 children one daughter Sree Sanvika Sre and one son Suryasree Sreesanth. since the marriage, the couple has shared a happy married life. 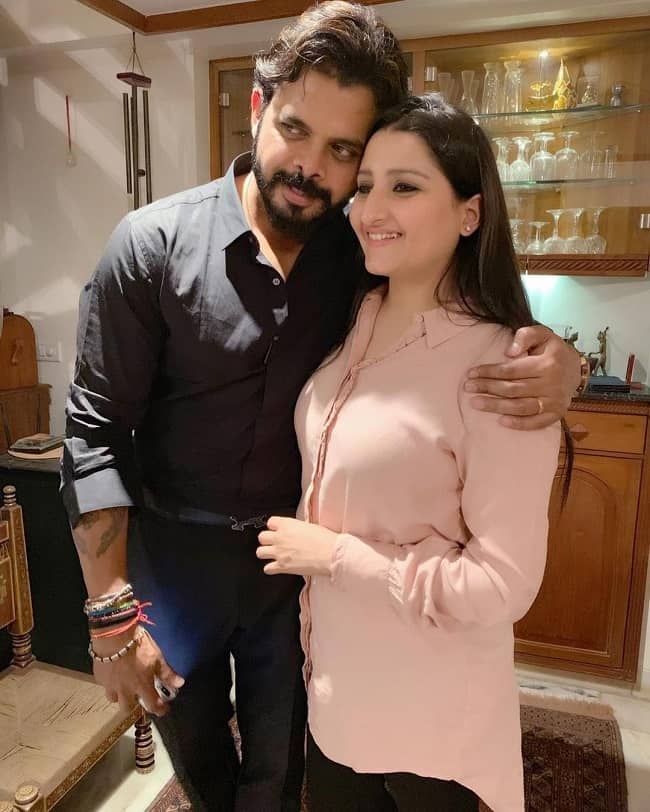 Shanthakumaran Sreesanth has a well-shaped and well-maintained body, he has a height of 5 feet 11 inches (180 cm tall) and weighs around 80 kg. After a heavy workout, he has got his chest size around 42 inches, Biceps size around 16 inches. Furthermore, he has Dark Brown eyes and his hair color is Black.

Shanthakumaran Sreesanth is pretty much active on social media. He often stays more active on Instagram than on other social media where he shares his fitness workout photos, his celebration photos, and photos of his family members. Likewise, The famous cricketer has earned more than 60k followers on his Instagram account.