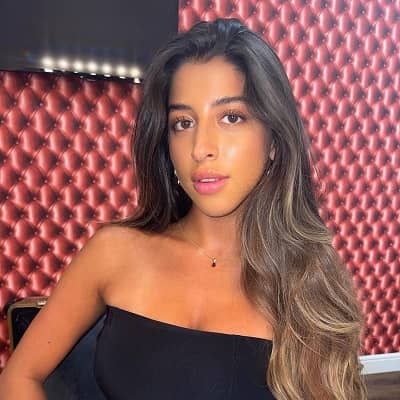 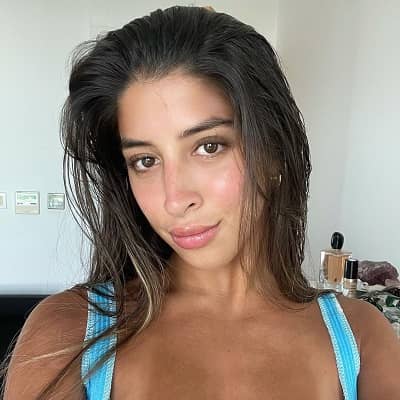 Shannon Singh is a well-known Scottish former glamour model, Instagram star, and social media personality. Shannon Singh is famous for her appearance on the seventh season of the popular ITV2 reality show “Love Island”. Similarly, her popularity increased when she participated as one of the newest participants on the latest season of “Love Island”.

Shannon Singh was born in Scotland on July 7, 1998. Her given name is Shannon Cassidy Singh, and she also goes by Alexa Singh. As of the year 2021, her age is 23 years old. Her ethnicity is mixed (Indian-Scottish), and her zodiac sign is Cancer.

Similarly, she was born as one of her parents’ children and spent her childhood in Scotland with her younger sibling. Growing up, she developed an interest in modeling and the glamour world, partly because her father, Narinder Singh, worked at a stripper agency, to which his wife had no objections, and this acceptance led her to pursue a career in the glamour world.

She has even stated that her parents are both supportive of her career. Her father is from India, and her mother is from Scotland. She went to a local private school for her education before focusing on her modeling career. Similarly, she began her modeling career when she was only 19 years old. She stated on one of the BBC podcasts that she was signed within 11 minutes of sending her topless images to an agency. Her topless photo was taken by her mother. 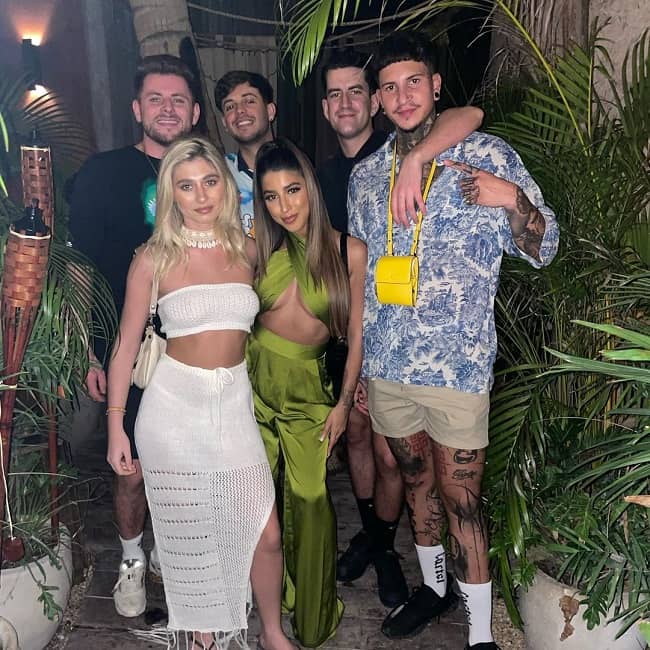 She began her career as a glamour model. Then she worked as a professional DJ in a variety of settings. She also has a YouTube channel called “Shannon Singh,” which has over 10,000 subscribers. She joined YouTube on July 7, 2018, where she posts mostly beauty and fashion-related videos with a few twists. Similarly, she is not only a former model, DJ, and YouTuber, but she is also a social media influencer, as evidenced by her thousands of followers on her Instagram account @shannonsinghhh. She rose to prominence in her career when she was announced as a cast member on the recent season 7 of the popular ITV2 show “Love Island”.

With the announcement, people became more interested in her personal life stories. And she quickly became a fan favorite before the show even aired. Despite this, she became the first Islander to be fired from the show just after the first day, which surprised thousands of Islander fans. Her departure occurred after Chloe Burrows entered the villa in episode two on June 29, 2021. She went on a date with all five male contestants rather than Shannon. Moreover, her departure marked the earliest ever for a contestant to be sent home, after only 48 hours in the Mallorca villa.

Her earnings as a model and television personality are quite good. She began her career as a glamour model at the age of 18 and has since risen to become one of the most popular social media influencers in a matter of years. Her Instagram posts and YouTube videos also bring in a sizable sum of money, which is estimated to be a net worth of around $2.5 million.

Shannon Singh is currently single. She hasn’t spoken openly about her ex-boyfriends or relationships yet. Her reason for entering the Love Island villa was to find someone she could rely on to start a new relationship, but she left empty-handed.

Similarly, she also had an account on OnlyFans, which she deleted after one of the users commented that he would leak her racy photos. She is currently an independent woman in her early twenties who owns two pet dogs of the same breed.

Shannon Singh is a stunning woman in her twenties with a well-maintained hourglass figure. Shannon has won many hearts with her well-maintained perfect body physique and sparkling brown eyes, amassing thousands of fans. She is 5 feet 6 inches (1.68m) tall and weighs approximately 60kg (132 lbs). Her maintained body physique measures 35-26-36 inches, with a bra size of 35B and a shoe size of 4(US).

Similarly, she is active on social media including Instagram and YouTube. She has gained more than 448k followers on Instagram under the username @shannonsinghhh. She has even opened up her YouTube channel having 11.8k subscribers.