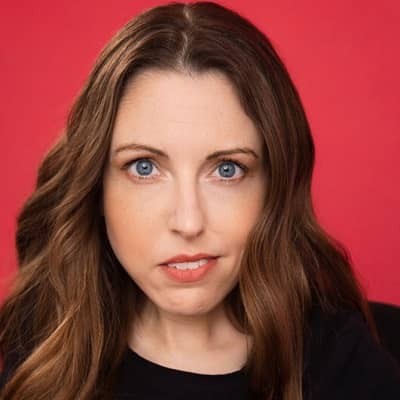 Shannon Devido’s full birth date is not available. However, Shannon has turned 32 as of now. Actress Shannon was born in Philadelphia, Pennsylvania.  She is originally from the United States of America. Shannon is an American by nationality while her ethnicity is not disclosed. However, her other further details are not available. Thus, we do not know her birth sign.

Shannon’s childhood could not be happening like other children. She has spent all these years in a wheelchair because of Muscular Spinal Atrophy. But, Shannon’s limitless spirit has made her stand out amongst the others.

Regarding her educational background, she had attended Council High School North. She completed her higher education from Middle Tennessee State University.

Shannon always wanted to be an actor. At the same time, DeVido was suffering from scarce of work. DeVido went for the first open mic and auditioned for the first improv team. She went with the aim of having time on stage. Shannon was amazed by her audience and In no time, she fell love with the stage. Similarly, her content revolves around her friends and family, but she adds an extra touch of nerdiness.

Shannon performs with her improv groups Wussy Riot, Hell on Wheels, and Axis of Evil to name a few. Being a stand-up comedian, she has performed around the country, including at the Kennedy Center in D.C. with Josh Blue.

Shannon’s dream of being an actress turned into reality in 2006. She played the role of ‘Sunday’ in the movie, ‘Special Needs’. In the year 2007, she did a short movie, Curious Girl. At the same time, Shannon also portrayed the role of ‘Summer’ in the film named, Loop. She was guest-starred in various TV series. She appeared as ‘Beth Myers’ in the episode, ‘Disabled’ in ‘Law & Order: Special Victims Unit’. Similarly, Shannon played the role of  ‘Wheelchair Using Shopper’ in ‘What Would You Do?’.

In the year 2015, she did two short movies named ‘Nance+Sydney’ and ‘Good Beer’.She appeared as ‘Nancy’ in the former while she was offered the role of ‘Shannon’ in the later. 2017 was quite a busy year for Shannon. Shannon was herself in the TV series, ‘Delco Proper’. Similarly, ‘Yeti Spagetti chick’, ‘Nightcap’, and Your First Time’ are some of the on-screen projects worked by Shannon. 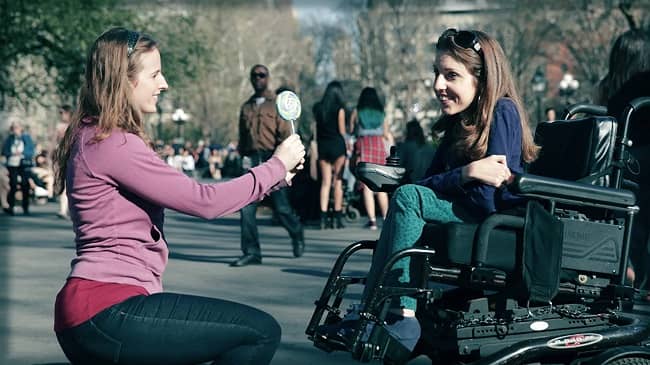 Shannon exhilarated to be a part of ‘Difficult People’. It is an American comedy web television created by Julie Klausner. Shannon presented herself as ‘Andrea Mumford’ that aired from 2017-2019. Furthermore, she also worked in a movie named, ‘Catching Up’. Her other completed project is ‘Best Summer Ever’, where she will be seen as ‘Sage’. In her upcoming movie, ‘Thorp’, DeVido will play the role of ‘Bobbie’.

She was a panelist in ‘The Nightly Show with Larry Wilmore’. Similarly, DeVido will be portraying herself in the documentary, ‘And…Seen’.

As a writer, she has written a short, comedy movie, ‘The Siblings Liebencrantz’. The story is about three millennials. The cast is ‘Shannon DeVido’ as ‘Yeti Spagetti chick’, ‘Ryan J. Haddad as ‘Ezra’ and ‘David Harrel’ as ‘Declan’. 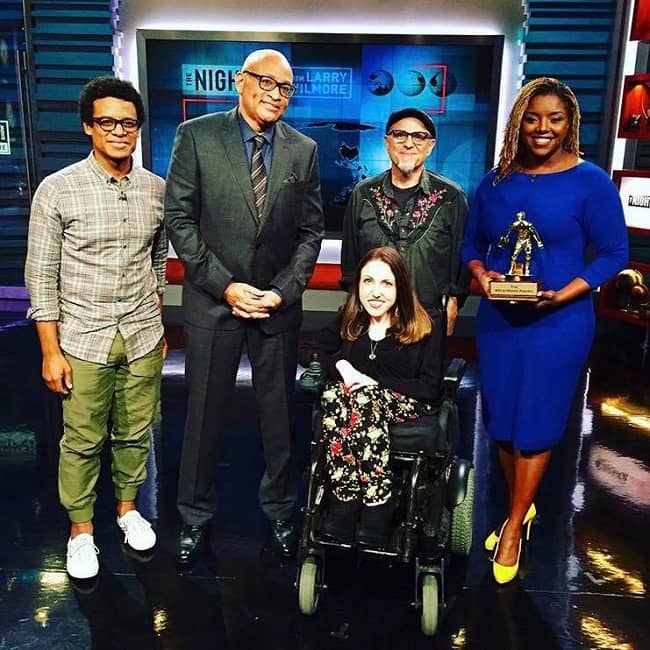 DeVido is a limitless human being with a disability. She wants you to laugh at her, but she also wants you to stare at her. Shannon owns a Youtube series called Stare at Shannon.

She commenced her journey as a Youtuber since July 6, 2006. She has a self-titled channel with more than 1.14K subscribers. Her first-ever video is ‘Shannon DeVido at F. Harold’ premiered on August 20, 2012. It has garnered more than 2k views.

Multi-talented Shannon is an actress, comedian, producer, and writer. However, her separate income details are not available separately, but her hard work has paid off her well. DeVido owns a net worth of $1.7M in total. 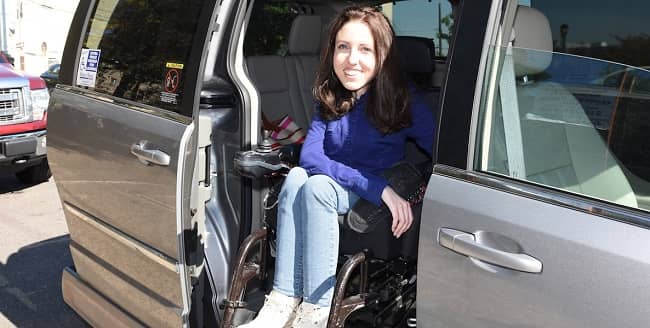 Caption: Shannon DeVido posing for a photo(Source: The Philadelphia Citizen)

Shannon DeVido is possibly single. There is no record of her past relationships. She is living the best life until the date despite her disability.

Though Shannon has spent years in a wheelchair, she stands tall with a height of 5 feet and 1 inch. She weighs 80 kg. Shannon has Brunette hair and mesmerizing blue eyes.