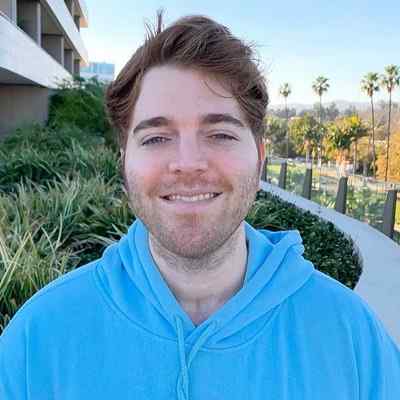 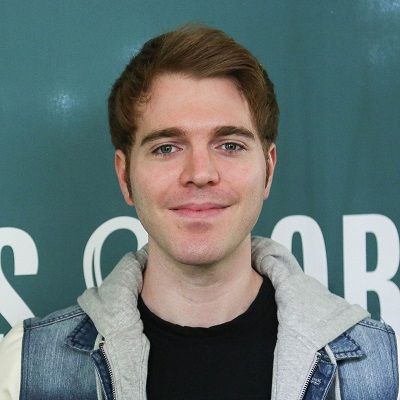 Shane Dawson is a famous American YouTuber, writer, actor, comedian, director, make-up artist, and musician. Shane Dawson is one of the first people to rise to fame on YouTube and has gained millions of subscribers.

His real name is Shane Lee Yaw, born on 19th July 1988. As of 2o22, he is 33 years old. He was born in Long Beach, California, USA. His mother’s name is Teresa Yaw and his father’s name is Kyle Yaw. He claims that his difficult childhood with an alcoholic abusive father was tough. Further, he has two older brothers, Jacob Yaw and Jerid Yaw.

He graduated from Lakewood High School. Dawson was bullied for his weight in school. He was close to his brothers and helped Dawson during these times. He has since lost 150 pounds (68 kg). Moreover, he has four dogs, Miley, Charlie, Chocolate, and Unicorn, and two cats, Muffy and Snoop. 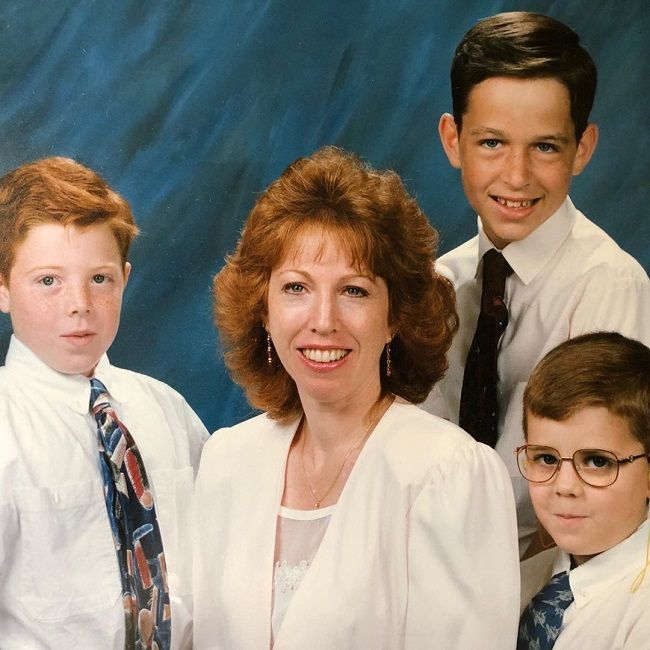 Shane created his ‘ShaneDawsonTV’ YouTube on Mar 10, 2008, when he was aged 19, and started doing what he was passionate about, making videos. During this time, he worked with his mom and brother at Jenny Craig but was later fired in August 2008 after he uploaded a video of himself pole dancing in the building he worked at.

His mother, brother, and six other workers who had featured in his video were not as lucky either and were too fired when the company saw the video. In September of the same year, he uploaded a video called ‘Fred is Dead’ which became an instant hit.

He launched his second channel ShaneDawsonTV2 (now Human Emoji). There, he would upload content related to short web films, trailer parodies, music video parodies, and original music. However, the channel is inactive with his latest video dating back to 2012.

That was followed by his third channel Shane –his most successful one to date. Although he had started it as a Vlog channel, Dawson now posts interactive content Mondays through Fridays. His channel features a wide variety of video genres such as conspiracy theory videos, extended vlogs, and documentary-style videos where he is seen collaborating with YouTubers such as Tana Mongeau, Trisha Paytas, Bunny Meyer, James Charles, and many more.

His early work would consist of sketch comedy videos where he would play original characters, impersonate celebs, and make light of pop culture. Being a passion-driven, skillful and creative personality, he quickly rose to fame on YouTube, accumulating over half a billion cumulative views by the year 2010.

His success on the platform saw him make some of the most successful collaborations with other well-known YouTube stars. In 2010, he was named the 25th most famous web celebrity by Forbes Magazine. The year 2010 also made him shoot to fame as he won the Teen Choice Award and the Streamy Award for the best vlogger.

He also acted in a horror movie, ‘Smiley’ which was nominated for Fangoria Chainsaw Awards as one of the worst movies. He also acted and directed in another movie, ‘Not Cool’. As of 2019, he has released two New York Times best-selling books namely ‘It Gets Worse’ and ‘I Hate Myselfie’.

After 2017, he maintains one active channel, Shane, with 22 million subscribers and over 5 billion views. On June 30, 2020, YouTube indefinitely suspended monetization on all three of Dawson’s channels. 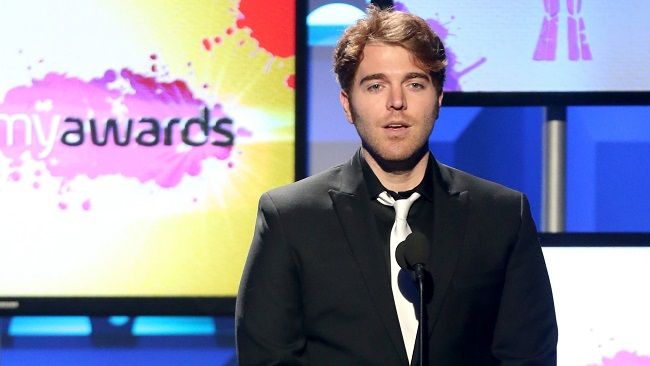 In 2018, he was criticized for his documentaries ‘The Secret World of Jeffree Star’ and ‘The Mind of Jake Paul’, where some argued that he was a little bit too sympathetic towards racism scandals of both subjects. The same year, he was accused of being pedophilic after he described a 6-year-old Instagram star as ‘sexy’.

But perhaps, the worst of his controversies seems to be his most recent one of March 2019. A 2015 podcast clip of Shawn Dawson admitting to performing a sex act on his cat when he was 19 resurfaced online. And as you can guess, his millions of YouTube fans did not take it so well.

He has, however, long since apologized through Twitter and turned down the allegations saying that they were false. His past controversies resurfaced in June 2020. And, in response, he posted a 20-minute video on June 26, 2020, titled “Taking Accountability”.

There, he addressed renewed criticism for his use of blackface, the N-word, and other offensive comments he made since launching his YouTube channel. He concluded his apology video by vowing to better his “actions” but said he understands if people do not want to accept his apology or no longer support him.

Shane used to date Nadine Sykora from December 2010 to November 2011. He had previously been linked to Lisa Schwartz, who is a fellow YouTube star. They had started dating in late 2011 until 2015 when they parted ways. In July 2015, he came out as bisexual in a video posted on ‘Shane Dawson TV’.

He linked up with Chad Morgan II in 2015. He was seen with Garrett Watts, but that relationship too lasted for only a month. In 2016, he started dating Ryland Adams, the host, writer, and producer for the popular web news network Clevver Media. The duo engaged on March 19, 2019. He has a body dysmorphic disorder (BDD). 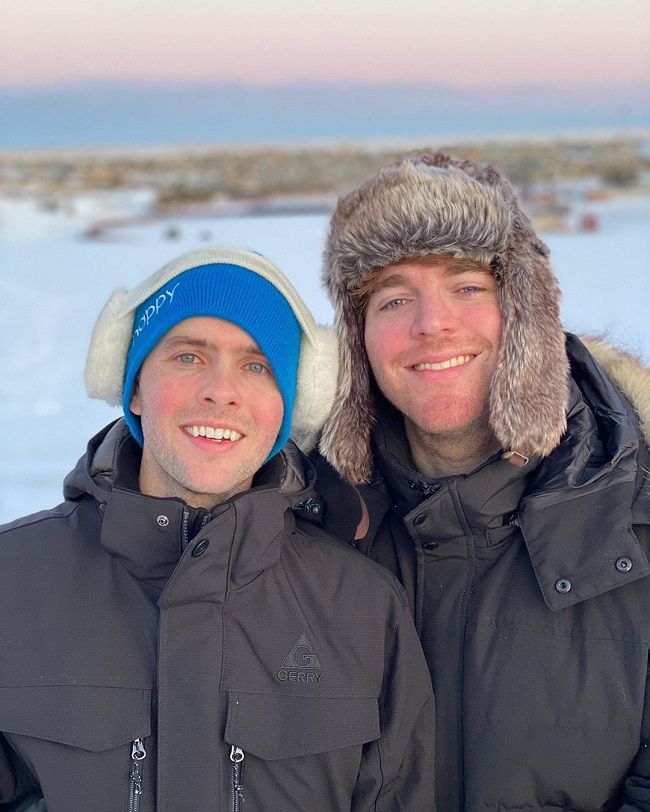 Shane stands at a height of 6 feet. He has a body weight of around 79 Kilos. He has an average body build with a body measurement of 44-32-35 inches. Moreover, he wears a shoe size of 8 (US). Further, he has a pair of blue eyes and lights brown hair.

Shane is very much popular on social media sites. His ‘@shanedawson’ Instagram account has earned over 11 million followers. He is also active on Twitter with more than 9.6 million followers. Similarly, his ‘Shane’ YouTube channel has amassed over 22 million subscribers. Moreover, his ‘ShaneGlossin’ YouTube channel has earned over 3.6 million subscribers.

His ‘Shane Dawson TV’ and ‘Human Emoji’ YouTube channel have earned over 8.32 million subscribers and 2.19 million subscribers respectively. However, he isn’t active on these two anymore. He has also shared his Gmail, [email protected], for business inquiries.

With such intense popularity, it’s no secret that Dawson has been rolling in huge amounts of cash. He has proved successful as a social media personality, author, and YouTube personality. However, he has a net worth of around $12 million.