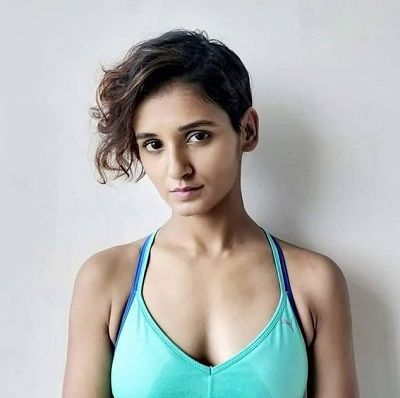 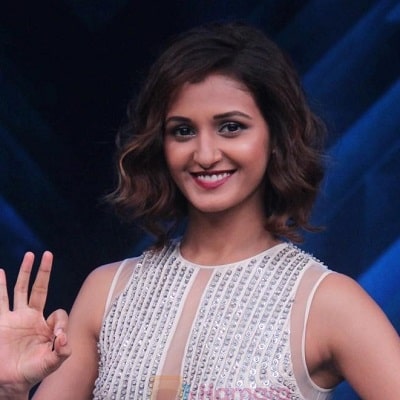 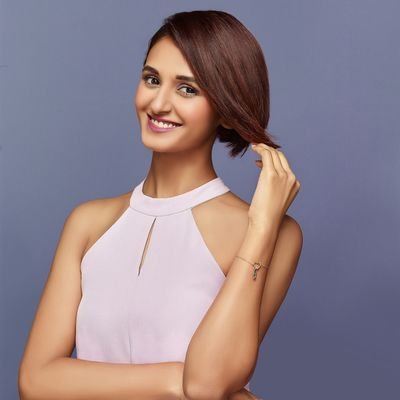 Shakti Mohan is an Indian dancer and TV personality best known as the winner of “Dance India Dance” season 2. Shakti Mohan was also a captain in “Dance Plus” from 2015 to 2019. Moreover, she also choreographed the song “Nainowale Ne” for the movie Padmaavat and owns a dance studio “Nritya Shakti”.

Shakti Mohan was born on 12 October 1985 and she is currently 35 years old. Her hometown is Delhi, India and her parents are mother Kusum Mohan and father Brijmohan Sharma. Though she is originally from Delhi, she has lived in Mumbai since 2006. Similarly, her siblings are sisters Mukti Mohan, Kriti Mohan, and Neeti Mohan. 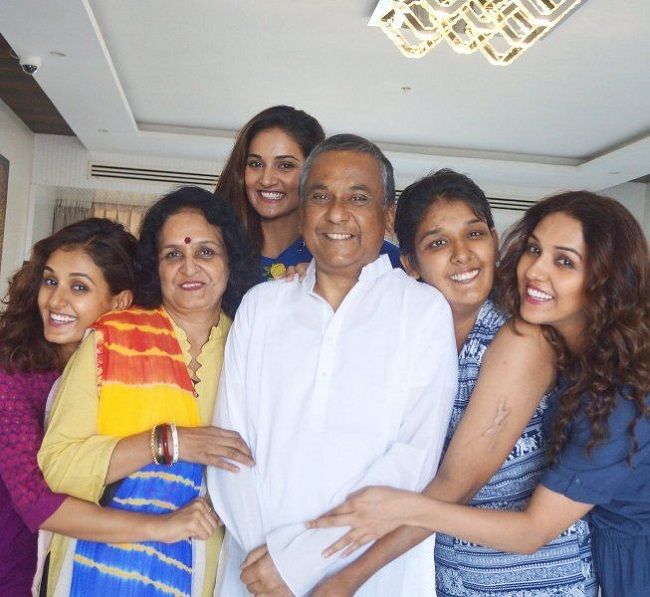 Her sister, Mukti is a contemporary dancer from India. She also participated in Star One channel’s dance reality show Zara Nachke Dikha and was a part of the winning team Masakkali Girls. Similarly, her sister Neeti is an Indian singer. She mainly sings in Hindi films but has also done songs in other languages like Tamil, Telugu, Kannada, Bengali, Marathi, Punjabi, and English. Neeti was one of the winners of Popstars, subsequently being chosen for Aasma, with other winners of the show.

Talking about her educational journey, she studied at a boarding school named Birla Balika Vidyapeeth. She also has an MA in political science from St. Xavier’s College, Mumbai. Further, she was aspiring to become an IAS officer before her appearance on Dance India Dance (DID). In her childhood, she received a serious injury, and doctors said that she might not be able to walk again. However, with the support of her family, she overcame her injury.

Shakti Mohan is a dancer and TV personality. The dancer is the winner of Dance India Dance season 2. It is a Zee TV dance reality show. She has further been a captain in Dance Plus from 2015 to 2019. Moreover, she was also a contestant and finalist on Jhalak Dikhhla Jaa in 2014.

Her first song as a choreographer in Bollywood is Nainowale Ne in the movie Padmaavat. Moreover, she also has her own dance brand/studio called “Nritya Shakti”. She was also the judge and mentor in the dance competition reality show called Dance Plus from Season one to four. 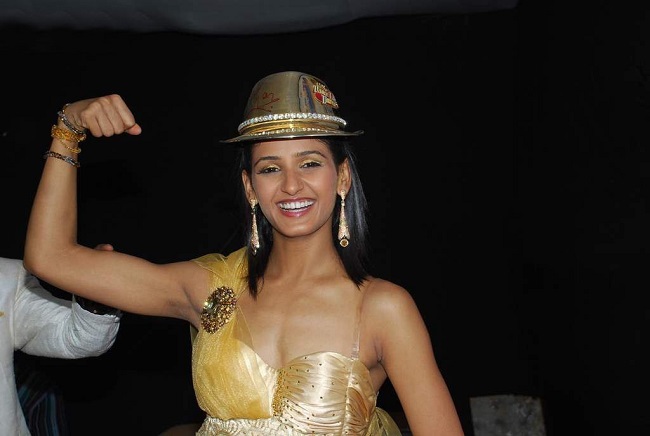 Likewise, she is a trained contemporary artist and she graduated with a diploma in dance from Terence Lewis Dance Foundation Scholarship Trust in the year 2009. she first big achievement was winning the second season of DID. Following her victory in the second season of the DID, she also produced dance-themed calendars for 2012 and 2013.

Then in 2012, she collaborated with the composer Mohammed Fairouz on a BBC-sponsored dance project in New York. She also produced a dance music video with her sisters. In the year 2013, she launched a YouTube channel that focuses on dance instruction videos.

Additionally, she appeared in the music videos “Akh Lad Jaave Nritya Jam” and “Kanha Re” in 2018, and Aakhri Baar in 2019.

She has also appeared in several TV shows and movies. Her first TV appearance was in the reality dance show Dance India Dance in 2009/10. She won the second season of the dance show. After that, she is a regular on various TV shows. She then appeared in the movies High School Musical 2 (Hindi Version) and Tees Maar Khan in the songs “All for One” and “Tees Maar Khan” respectively in the year 2010. Then she starred in the movie Rowdy Rathore’s song “Aa Re Pritam Pyaare” in 2012 and then in Sukoon the same year. 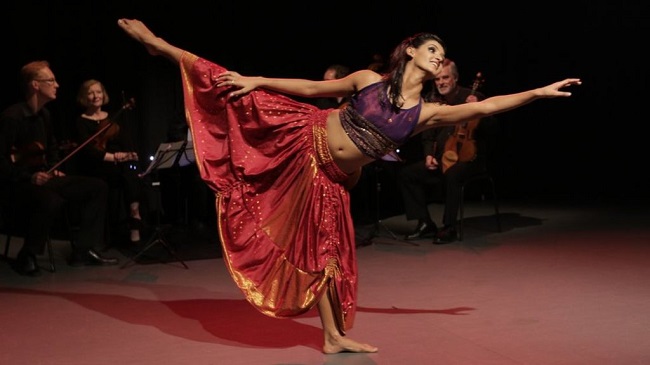 Caption: Shakti Mohan dancing in a project in collaboration with Mohammed and BBC. Source: BBC

Moreover, she appeared in 2013 Dhoom 3 in its song “Kamli” for which she also worked as an assistant choreographer, then in Kaanchi and Samrat & Co in 2014. She choreographed the song “Nainowale” for the movie Padmaavat in the year 2018. In the same year, she appeared in the song “Amma Dekh” and also in a cameo role in the 2018 movie Nawabzaade.

Furthermore, talking about her TV appearances, she appeared in Nachle Ve with Saroj Khan as a contestant alongside Supriya Kumari in 2010. Then she starred as the lead actress with fellow dancer Kunwar Amar in the TV drama Dil Dosti Dance (D3). Her role in the show was of character Kria Ghai.

Shakti Mohan is currently single. She has not shared any information on her social media accounts that might suggest any affairs. Moreover, she might be busy strengthening her career as a dancer, choreographer, and instructor rather than involving in affairs, rumors, scandals, and controversies that might hamper her professional career and personal life. She is single as of now.

In the past, she and her fellow dancer and Dil Dosti Dance co-star Kunwar Amar dated for some time. The pair were also an on-screen couple for the series. Later, the pair went their separate ways. Later, Mohan was also rumored to be in a romantic relationship with another dancer Punit Pathak. The duo worked together for Dance India Dance and they were caught up in the rumor since the filming of DID. However, she quickly denied the rumors and confirmed that they are good friends.

There was also another rumor involving her and fellow dancer and colleague Raghav Juyal. The duo is also the contestants of Dance India Dance and has worked together in several shows. She also denied all the rumors involving herself and her friend Raghav. 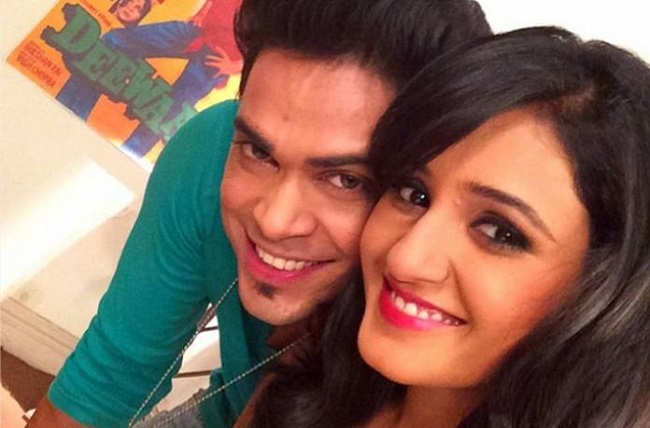 Shakti Mohan has a very flexible body as a dancer. She can do amazing moves and styles with her body. Likewise, she stands at a height of 5’4″ and weighs around 52 kgs. Her chest-waist-hip measurements are 33-25-34 inches respectively. Moreover, she has dark brown eyes and1,492 posts
7.6m followers
hair of the same color. She often experiments with her hair color and hairstyle. Her most remarkable hairstyle is short asymmetrical hair.

Shakti Mohan has personal accounts on several social media platforms. She joined Twitter in February 2012 and at present has 664k followers. On her Instagram, she has shared 1,597 posts and has earned 7.6m followers. Similarly, she has 1.9 million followers on her Facebook page and 712k subscribers on her Nritya Shakti Youtube channel.

Moving on, she has a net worth estimation of approximately $4 million dollars. She earns through her online dance classes, Nritya Dance studio, TV appearances, Choreographies, and much more.