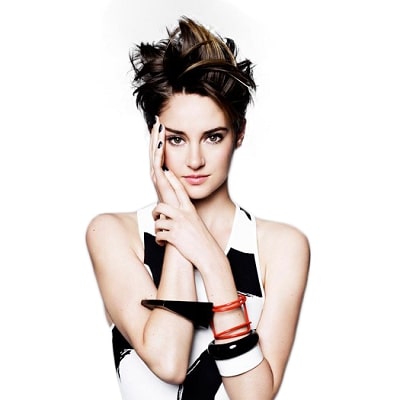 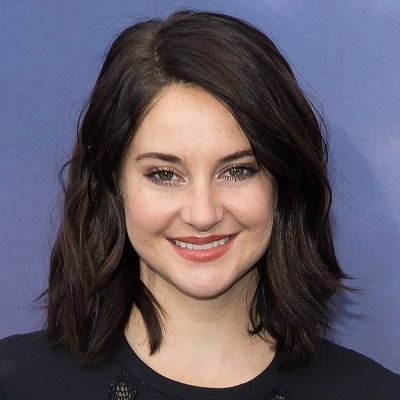 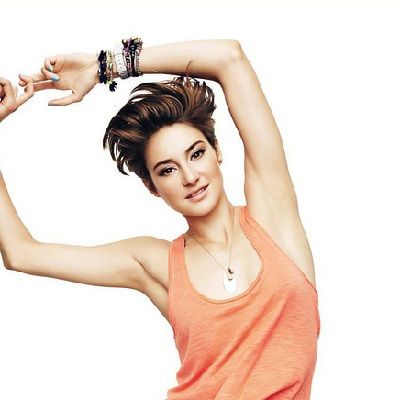 Shailene Woodley is a famous actress as well as producer. Shailene Woodley is also an activist. She has been a part of several remarkable movies like “The Divergent Series”, “The Fault in Our Stars”, “The Spectacular Now”, and “Adrift” among many others.

Shailene Woodley was born as Shailene Diann Woodley on 15 November 1991. Her current age is 28 years and her zodiac is Scorpio. Likewise, her birthplace is San Bernardino, California, the U.S. and her parents are father Lonnie and mother Lori (née Victor). Her mother is a school counselor whereas her father is a school principal. Moreover, she grew up in Simi Valley, California along with her younger brother named Tanner Woodley.

At the age of 15, she was diagnosed with scoliosis. She had to put on a chest-to-hip plastic brace to stop her spine from curving further. She attended Simi Valley High School and started modeling at the young age of four. Woodley also took some acting classes with Anthony Meindl. 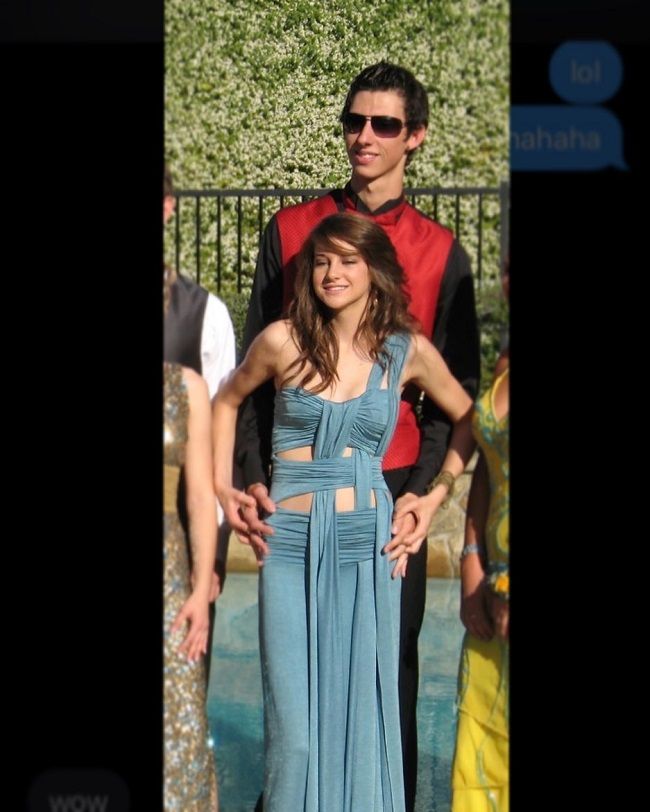 From a young age, Woodley has vowed that if she ever lost her passion for acting or became uncomfortable with the idea of celebrity, she would quit. At least twice, Shailene has nearly walked away from her acting carer. It was until she fell in love with scripts that wooed her back. Those scripts were for The Spectacular Now and Big Little Lies.

In 1999, at the age of eight, Woodley made her television debut with the show Replacing Dad. After a couple of years, she appeared in minor roles in television shows like The District and Crossing Jordan. Her performance was noted, and in 2004 she landed the lead role in a television film titled A Place Called Home. Her popularity as a child artist increased when she played Kaitlin Cooper in The O.C.

Subsequently, she received the offer for the titular television role in Felicity: An American Girl Adventure. From 2004 to 2008, she also appeared in guest roles in several shows. Her roles in Everybody Loves Raymond, My Name is Earl, CSI: NY, and Close to Home helped her better her skills as an actor and provided more exposure.

In 2008, Woodley played Amy Juergens, the protagonist of The Secret Life of the American Teenager. The series had a positive impact on her career. In this series, she played the role of a pregnant teenager and she brilliantly executed the ordeals that her character faced.

The Descendants was a turning point in her career. In 2011, she played the spoiled daughter of Matt King, played by George Clooney. She gained experience on the sets of the film and was applauded for her portrayal of the character. After appearing in The Descendants, she appeared on the front pages of many magazines. The People magazine named her in the list of ‘Most Beautiful at Every Age’ in 2012, and Nylon magazine called her ‘The Future of Hollywood.’

In 2012, she also played the role of Mary Jane Watson in ‘The Amazing Spiderman 2. However, her character was removed from the movie as the production team thought that the inclusion of her character would cause a distraction in the main plot. In 2014, Orlando Weekly claimed that her performance as Beatrice Prior in The Divergent rescued the film from being a box-office dud. It was also claimed that her performance took the film to the top spot in its first week, making it a blockbuster.

The Fault in Our Stars and beyond

One of her iconic performances to date is her portrayal of Hazel Grace, a cancer patient, in the film The Fault in Our Stars, an adaptation of John Green’s novel. The author, John Green himself stated that her representation of the character was breathtaking. Chicago Sun-Times recommended an Oscar nomination for Shailene for her performance in The Fault in Our Stars. The publication said that her role was the most memorable part of the movie.

After establishing herself in the film industry, she started focusing on playing television roles. In 2017, she was cast alongside Nicole Kidman and Reese Witherspoon to play the pivotal role of Jane Chapman in the HBO series Big Little Lies. She became a full-time producer with her 2018 romantic drama movie Adrift which was directed by Baltasar Kormákur. The movie received mixed reviews from critics, and her performance was appreciated by many. 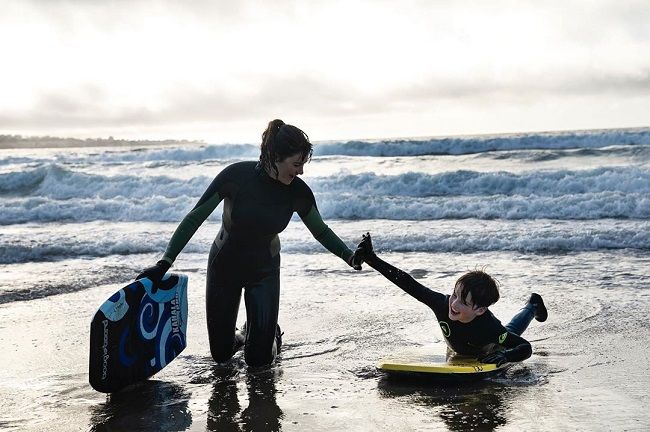 Rolling Stone praised her performance in The Fault in Our Stars, calling her “a sublime actress.” The magazine also claimed that she was incapable of a false move on camera. The movie earned more than 307 million dollars at the box office. Her performance in The Divergent Series established her as a bankable star in the American film industry. The film series generated hundreds of millions of dollars worldwide, with the third installment gathering 179.2 million dollars.

Actress Shailene Woodley received her first nomination as an actor at the ‘Young Artist Award’ for ‘Best Leading Young Actress in a TV Movie’ for her performance in the 2004 television film ‘A Place Called Home.’ She won at the 2013 ‘Sundance Film Festival’ under the ‘Special Jury Award for Acting’ category for her role in ‘The Spectacular Now.’

Likewise, for her role in the film, Woodley received nominations at the ‘Independent Spirit Awards’ in 2014. In 2014, she won the ‘Breakout Performance – Actress’ award for ‘The Fault in Our Stars’ at ‘The Hollywood Film Awards.’ She was nominated at both ‘Golden Globes’ and ‘Primetime Emmy Awards’ for her role in ‘Big Little Lies.’

Woodley repeatedly asserted in the past that she did not consider herself a feminist. She said:

“No, because I love men, and I think the idea of ‘raise women to power, take the men away from the power’ is never going to work out because you need balance…my biggest thing is really sisterhood more than feminism. I don’t know how we as women expect men to respect us because we don’t seem to respect each other.”

However, she called herself a feminist in an interview with the New York Times in August 2017.

Woodley is an avid environmental activist and a climate advocate. She and her mother co-founded the All it Takes non-profit organization in 2010. It is a youth leadership program, which aims to educate young people to practice empathy, compassion, responsibility, and purpose in hopes to foster sustainable, positive change for themselves, others, and the environment. She supported Bernie Sanders for president in 2016.

In the year 2016, Shailene protested against the Dakota Access Pipeline. It is a US$3.87 billion underground petroleum transport pipeline that was under construction by Dakota Access LLC. On October 10, they arrested her for criminal trespassing in Saint Anthony, North Dakota. She pleaded guilty and they sentenced her to one year of probation. In mid-2016, she joined the board of Our Revolution. It is a political organization aimed to educate voters about issues, get people involved in the political process, and work to organize and elect progressive leaders.

In 2018, she took activist Calina Lawrence to the 75th Golden Globe Awards as her guest. The two first met at Standing Rock while protesting the Dakota Access Pipeline. Furthermore, in July of 2019, she became an Oceans Ambassador for Greenpeace and embarked on a three-week-long expedition to the Sargasso Sea to study the impact of plastics and microplastics on marine life. She also went on to document the importance of this unique ecosystem for protection under a new Global Ocean Treaty that is being negotiated at the UN.

In 2018, Shailene Woodley confirmed she is dating Australian-Fijian rugby union player Ben Volavola. In an interview with The Hollywood Reporter, she mentioned that:

“I fall in love with human beings based on who they are, not based on what they do or what sex they are”.

“I don’t trust anyone. Dating’s hard. I mean, I love sex. I love the power of emotional connection via physicality. Who doesn’t? … But love is scary.” 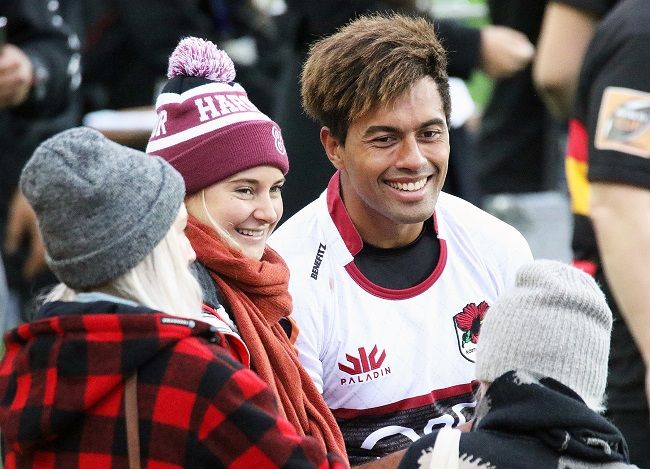 Actress-Producer she stands tall at a height of 1.7.3 meters or 5’8″. Similarly, her weight is around 60 kgs. Her chest-waist-hip measurements are 34-25-36 inches respectively and she wears shoe size 9 as per US standard. Likewise, her hair color is brown and her eye color is hazel green.

Moving on, the actress’s net worth estimation is around $9 million. She earns through her involvement as an actress, and producer. She has been a part of several blockbuster movies helping her earn a fortune.