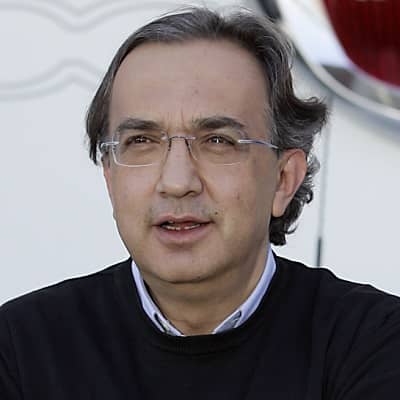 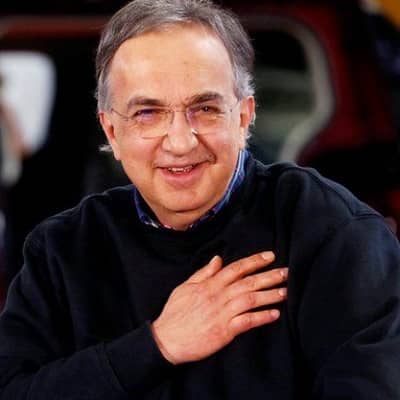 Sergio Marchionne was a Canadian Italian business executive, Entrepreneur, accountant, and lawyer. Sergio Marchionne worked as CEO, mainly worked and rejuvenated Italian automobile manufacturer Fiat SpA in the first decade of the 21st century. He is also known for his turnarounds of the automakers Chrysler and is referred to as the “Legend of Automobile Industry”.

Although born in Italy, he along with his parents emigrated to Toronto, Ontario, Canada. So, he holds both Italian and Canadian nationality. There is no information about his siblings.

He follows Christianity and has Gemini as his zodiac sign. He belongs to the white caucasian ethnicity.

Moreover, he earned a Bachelor of Commerce and MBA from the University of Windsor. Further, he got a law degree from Osgoode Hall Law School of York University in 1983. He also received an Honorary Doctor of Laws degree from Walsh College in 2013.

The business tycoon died on July 25, 2018, in Zurich, Switzerland at the age of 66. Multiple reports suggested the cause of death was underlying cancer.

Briefly, before his death, he underwent a shoulder operation, but could not escape death from an invasive shoulder cancer. 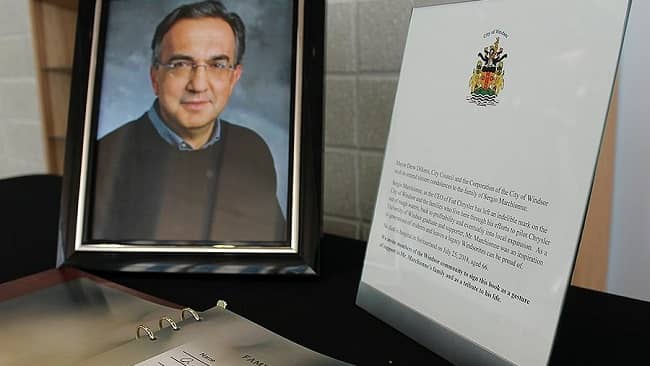 Sergio Marchionne lived a busy and opulent lifestyle. He earned suffice amount of fortune in his lifetime. His net worth during the time of his death was $600 million US Dollars.

This successful business executive has been awarded different titles on different occasions. He was given the title of Cavaliere del Lavoro in 2006. He got Premico Pico della Mirandola, in 2010, The Deming Cup in 2011.

To add to the list, The Business Council for International Understanding honored him with the Dwight D. Eisenhower Leadership award. He has been inducted into the Automotive Hall of Fame in 2019.

Sergio has vast experience in the business sector as he worked in different positions for different companies. His first experience can be counted back to 1983 when he started his journey as an accountant and tax specialist for Deloitte and Touche.

Later he worked as Director of Corporate Development at the Lawson Mardon Group as a Group Controller, and also as an Executive Vice President in Glenex Industries. 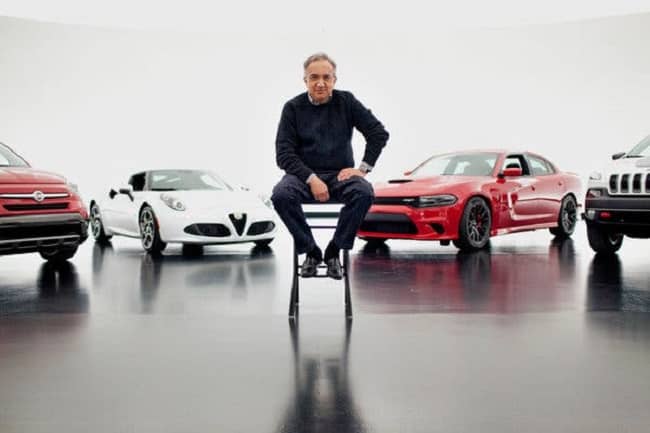 During his successful journey, he worked at Algroup based in Zurich as a CEO in 1997. Later, he took the helm of Lonza Group Ltd. in Basel and served as a CEO and MD, and chairman too. He even had a chance to become CEO and MD of SGS S.A of Geneva in 2002.

Further, the career-defining point came, when he became elected as an independent member of the Board of Directors of Fiat S.p.An in 2003 and later gets appointed as CEO in 2004.

Sergio Marchionne replaced the existing CEO of Chrysler Robert Nardelli in 2009 when Fiat Group received a 20% stake in Chrysler group.

Later, both Chrysler and Fiat officially merged under his direction in 2014. Today, Fiat Chrysler Automobiles is one of the Top 10 Automobiles in the world.

Sergio Marchionne was not married at the time of his death but had a partner named Manuela Battezzato. He married Orlandina before Manuela. He had two sons from her marriage with Orlandina; Alessio and Tyler. They divorced each other in 2010.

Sergio was once involved in controversy too, which made the headlines in the news portals. In February 2011, he remarked at the J.D. Power and Associates International Automotive Roundtable that Chrysler’s bail-out loans from the U.S. government carried “Shyster rates”.

He also drew criticism from several people for use of the Yiddish term “Shyster” which had an anti-semitic overtone. But later, he apologized for the incident publicly. 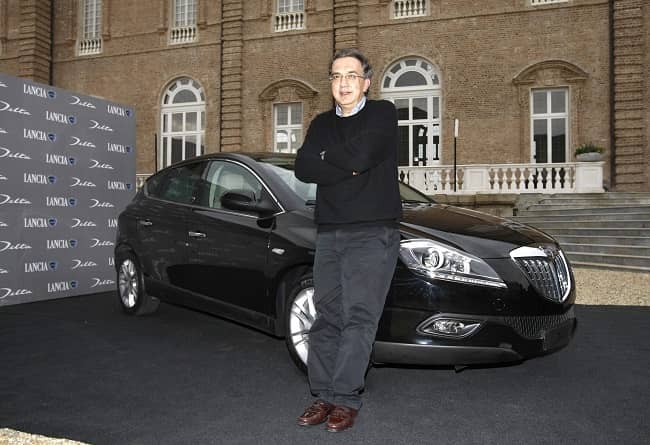 He was not pretty active in social media then. Still, there are accounts on Facebook and Instagram though.

Sergio enjoyed healthy and wealthy life till the end. He had 5 feet 9 inches in height, while his weight was 79 kg. His overall body measurement is 44-39-35 inches. Similarly, the color of his hair was gray white and his eyes were light brown color.