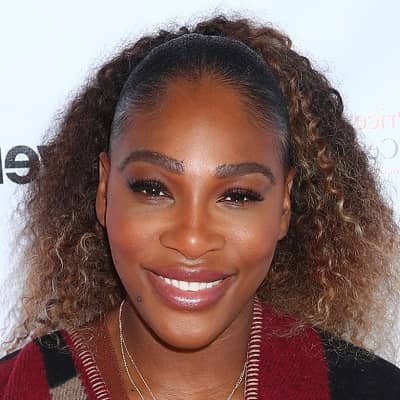 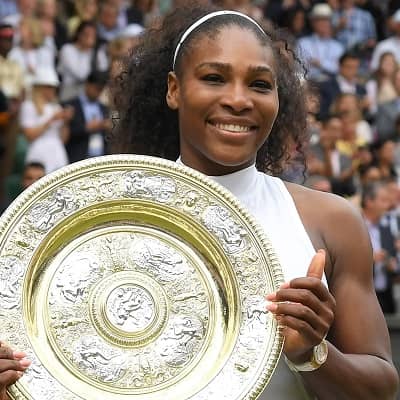 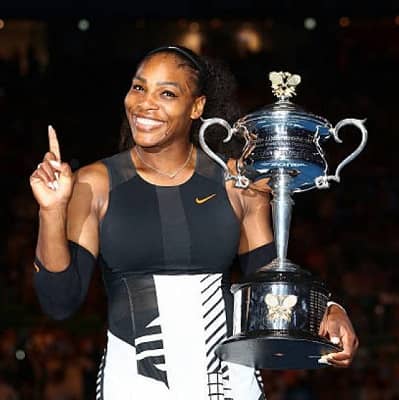 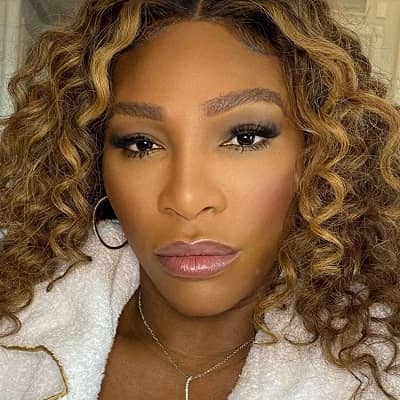 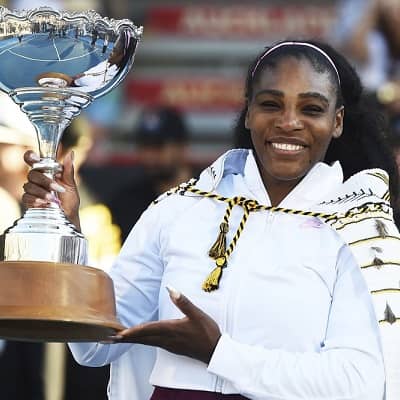 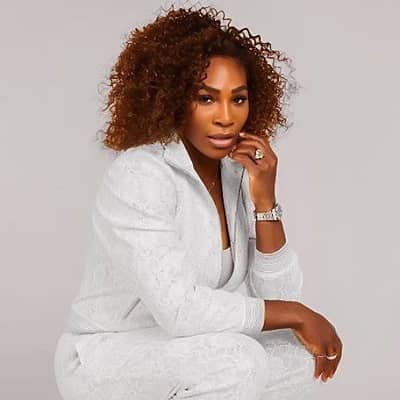 Serena Williams is a world-famous American tennis player who turned professional in 1995. Serena Williams is recognized for winning numerous titles and tournaments as well as for revolutionizing women’s tennis with her powerful style of play.

Serena Williams was born on 26 September 1981 and she is currently 40 years old. She hails from Saginaw, Michigan, and her zodiac sign is Libra. Her middle name is “Jameka”. Talking about her family, her parents are mother Oracene Price and father Richard Williams. Both of her parents are tennis coaches.

Likewise, she has four elder siblings namely Yetunde, Lyndrea, Isha Price, and Venus. Venus is her only full sibling among all and the remaining are her half-sisters from her mother’s side. Sabrina, Richard III, Ronner, Reluss, and Reneeka are her half-siblings from her father’s 1st marriage, Dylan is from his 3rd marriage, and Chavoita LeSane from his other relationships. 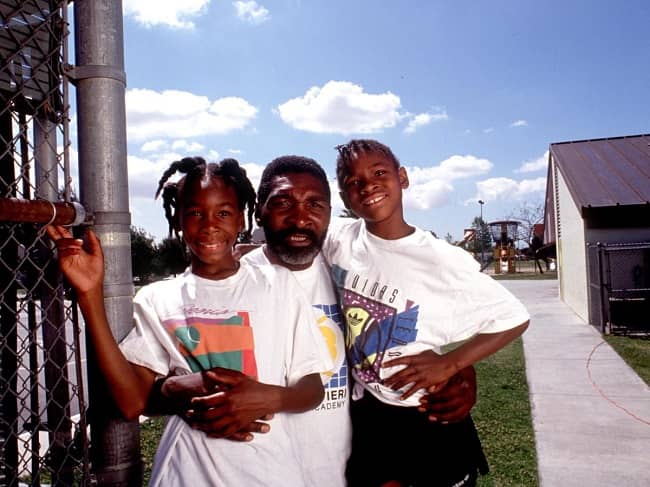 Caption: Serena Williams in a childhood photograph with her father Richard and sister Venus. Source: Biography

Murder of her sister Yetunde Price

Serena’s elder half-sister, Yetunde, was the personal assistant to both Venus and Serena. Sadly, the athlete siblings lost their sister on 14 September 2003 due to murder in a shooting in Compton, California. Robert Edward Maxfield was sentenced to 15 years on 6 April 2006 by Judge Steven Suzukawa.

However, he was released on parole on 8 March 2018 after serving a reduced sentence of 12 years for his good behavior in prison from the Deuel Vocational Institution in Tracy, California. Serena learned about the culprit’s release on 31 July through Instagram, only 10 minutes prior to her match against Johanna Konta. Her match was at the 2018 Silicon Valley Classic and she lost to Konta with the result of 6–1, 6–0 in 52 minutes.

Professionally, Serena Williams is a professional tennis player. Talking about the beginning of her career, Williams started playing tennis at the young age of 4 years. Back then, her family resided in Compton, California. From there, the family moved to West Palm Beach, Florida, when she was 9 years old so that could attend the tennis academy of Rick Macci.

She was homeschooled by her father alongside her sister Venus. Both her parents have been her and her sister’s official coaches. Williams’ additional mentor also includes Richard Williams. This coach shares her father’s name and is also the founder of The Venus and Serena Williams Tennis/Tutorial Academy. She has had Patrick Mouratoglou as her coach since 2012.

Rick Macci then provided Williams with additional coaching. Although the coach didn’t always agree with her father, he respected her father for treating the girls like kids and allowing them to be little girls. As such, her father stopped sending the siblings to national junior tennis tournaments when Serena was 10 years old. He did this because he wanted his daughters to go slowly and focus on school work. Later in 1995, her father pulled the siblings out of Macci’s academy when Serena was in the 9th grade and took over all coaching at their home. 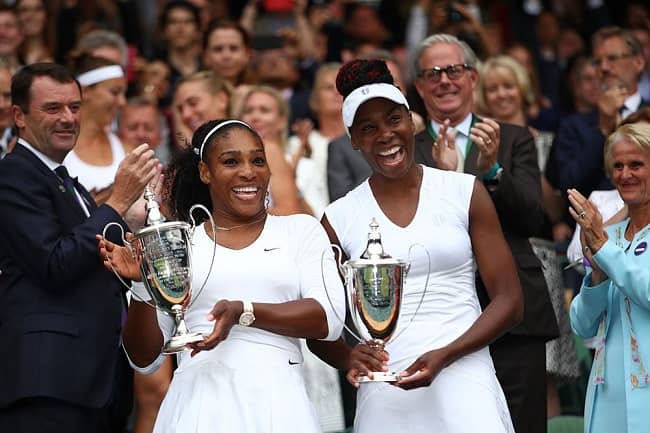 The Women’s Tennis Association (WTA) has ranked this professional tennis player singles world #1 for 319 weeks. Likewise, this talented player has also won 23 Grand Slam singles titles, which is the record of the most by any player in the Open Era and the second-most of all-time behind Margaret Court who had won 24 Grand Slam singles.

She turned professional in the year 1995 and won her 1st major singles title at the 1999 US Open. Subsequently, she was dominant from the 2002 French Open to the 2003 Australian Open. She won all four major singles titles to achieve a non-calendar year Grand Slam and the career Grand Slam – aka “Serena Slam”. Each of these times, Serena had her sister Venus as her opponent in each final.

In the next few years, she claimed two more singles majors. However, the player suffered from injury and hence, her achievements decline in form. Then starting in 2007, this tennis player returned to form despite continued injuries. She retook the world’s #1 singles ranking.

She returned to dominance starting at the 2012 Wimbledon Championships. Soon, she claimed the Olympic gold and completed the career Golden Slam. She also won 8 out of 13 singles majors that also include a 2nd “Serena Slam”. Moreover, at the 2017 Australian Open, this player won her 23rd major singles title. With this win, she surpassed Steffi Graf’s Open Era record.

After taking a break from professional tennis due to her pregnancy and returning, Serena reached 4 major finals. Additionally, this player has won 14 major women’s doubles titles and 3 women’s doubles Olympic gold medals. She made all these records with her sister Venus. 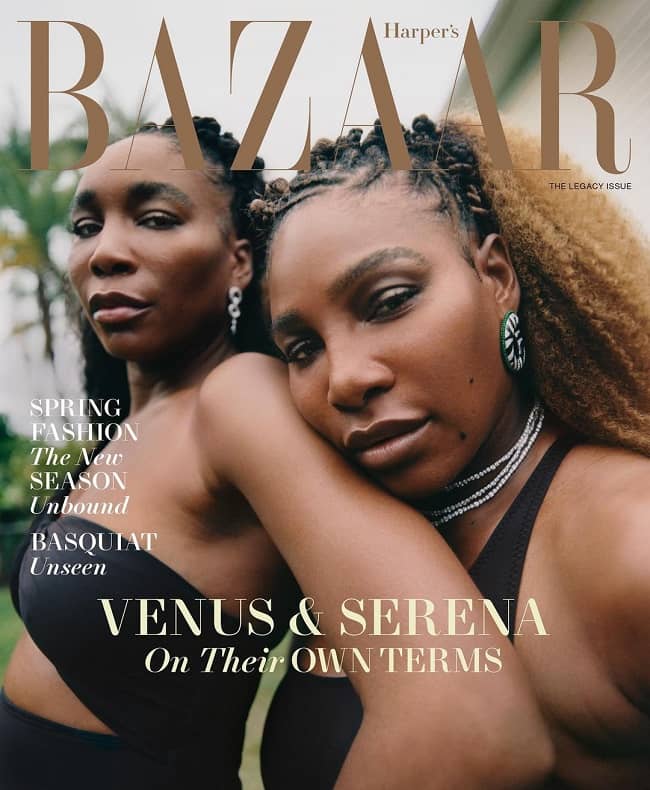 Caption: Serena Williams and Venus Williams appear on the cover of a magazine. Source: Instagram

Likewise, this professional tennis player was the world’s highest-paid woman athlete in 2016. She earned almost $29 million. The player repeated this feat again in 2017 when she was the only woman on Forbes’ list of the 100 highest-paid athletes. Back then, this player had $27 million in prize money and endorsements.

Moreover, the tennis player has won the Laureus Sportswoman of the Year award 4 times in the years 2003, 2010, 2016, and 2018 respectively. Then in December 2015, Sports Illustrated magazine named her the Sportsperson of the Year. Recently in 2021, this tennis player was ranked 28th on Forbes’ World’s Highest-Paid Athletes list. Furthermore, Williams is the highest-earning woman athlete of all time.

Serena Williams is a happily married woman and her husband is Alexis Ohanian, the co-founder of Reddit. Her husband proposed to her on 10 December 2016 in Rome, a news Williams shared on 30 December 2016 through her Reddit post. The couple then tied the knot on 16 November 2017 in New Orleans. Beyoncé, Kelly Rowland, Anna Wintour, and Kim Kardashian were among their wedding guests.

The tennis player then shared her sideways picture on Snapchat focusing on her midsection on 19 April 2017. She captioned this picture “20 weeks”, shading light to her pregnancy. Through this confirmation, people got to know that she was 8 weeks pregnant when she won the Australian Open earlier the same year. 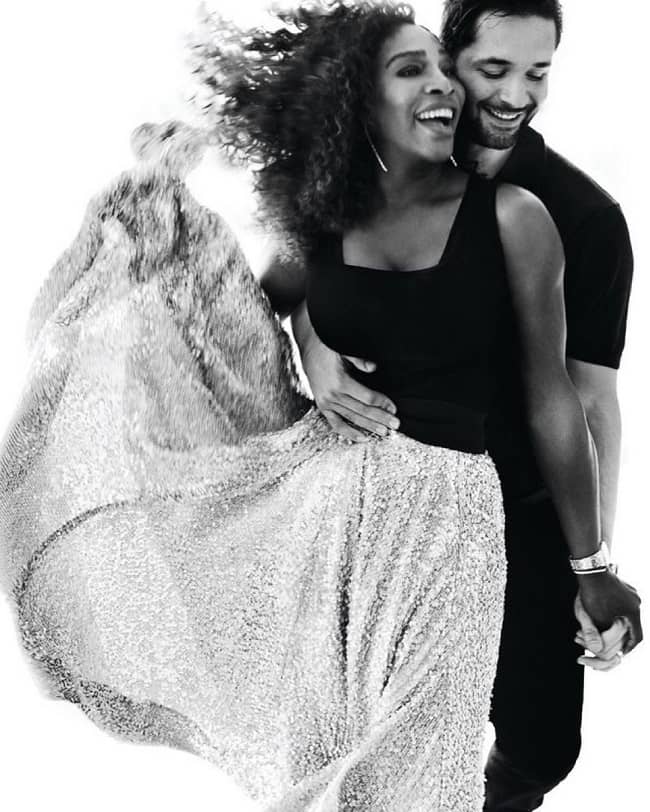 Caption: Serena Williams and her husband Alexis pose for a photo. Source: Instagram

Williams welcomed her daughter Alexis Olympia Ohanian Jr in September 2017. Her daughter is often referred to as “Olympia”. The tennis player suffered a pulmonary embolism after giving birth through an emergency cesarean section delivery. She left her bedridden for six weeks and therefore delayed the athlete’s return to training.

Then in August 2018, the tennis player revealed her struggle with postpartum depression. The athlete has already hired a coach for her daughter and often posts pictures with her daughter on the tennis court with rackets. 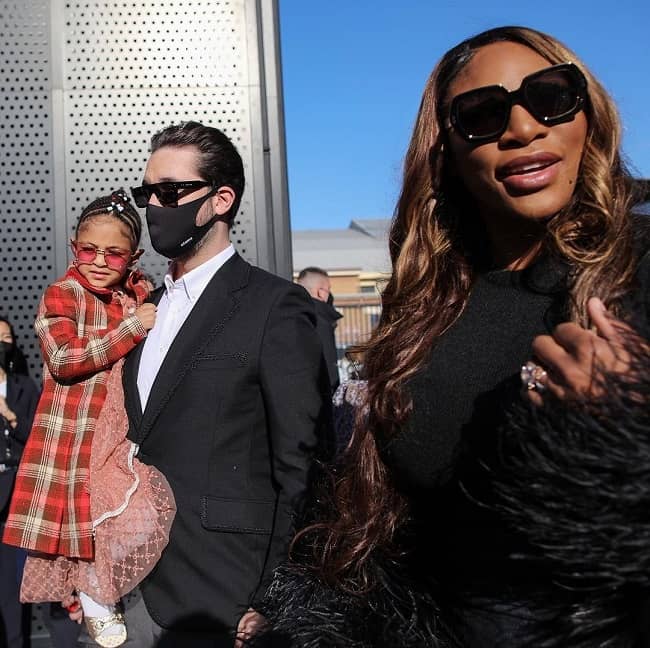 Caption: Serena Williams in a photograph with her family. Source: Instagram

Serena Williams’ height is 5 feet 9 inches or 175 cm and weighs around 70 kgs or 154 lbs. Likewise, the tennis player has a chest-waist-hip measurement of 40-30-44 inches respectively. Moreover, the athlete has dark brown eyes and curly hair of the same color.