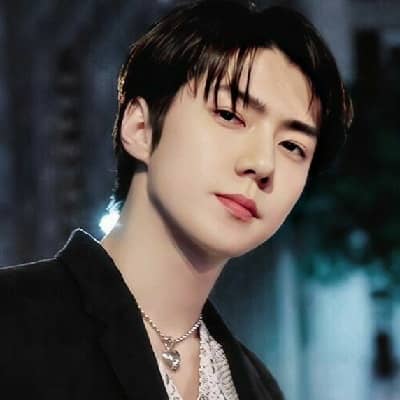 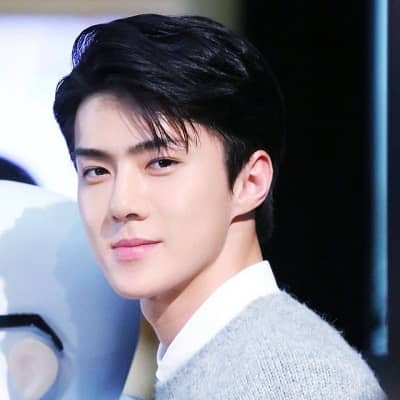 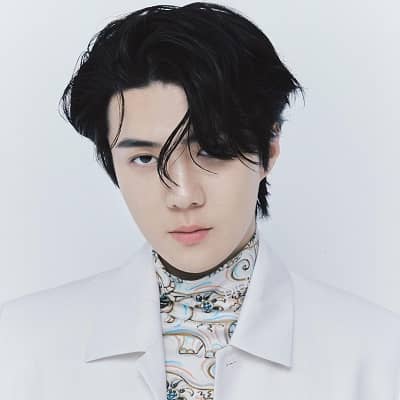 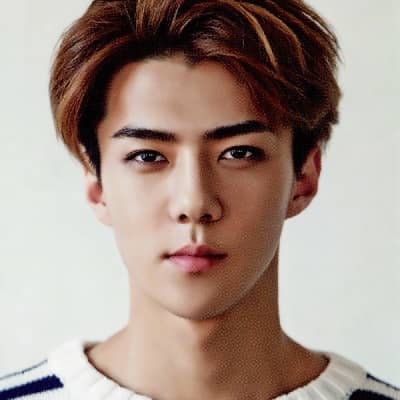 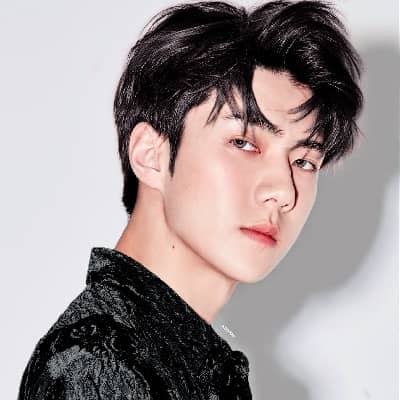 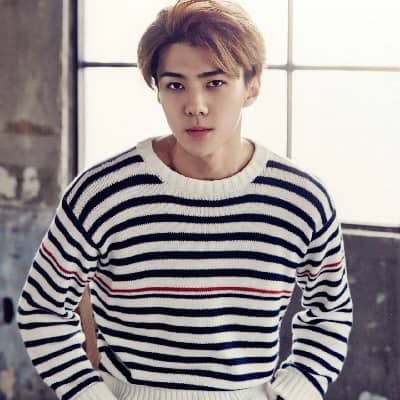 Sehun was born Oh Se-hun on 12 April 1994. He hails from Jungnang-gu, Seoul, South Korea. He is 27 years old currently and his birth sign is Aries. Talking about his family background, he has not spoken much about this topic. However, he has an older brother. Moreover, in February 2013, he graduated from the School of Performing Arts Seoul. Moreover, his nicknames are “Senshine” and “White Skin”. 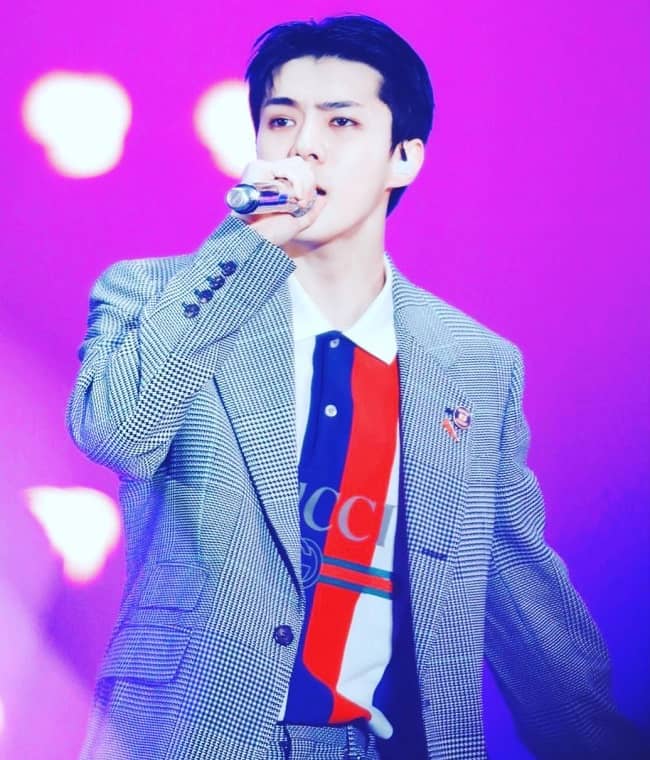 Sehun was scouted on the streets when he was only 12 years old when he was with his friends. Therefore, he was first scouted by an SM Entertainment casting agent. And, he joined S.M. Entertainment in the year 2008 after going through 4 auditions in 2 years. On 10th January 2012, he was officially introduced as an EXO member. Then finally, in April 2012, the group made their debut with the extended play ‘Mama’.

Likewise, in September 2017, he became a fixed cast member in a new Netflix original variety show ‘Busted!’. And, he was cast in the action web drama ‘Dokgo Rewind’ as the male lead in February 2018. Similarly, it was announced that she would be starring in the web drama Secret Queen Makers in May 2018. Therefore, it is produced by Lotte Duty-Free. 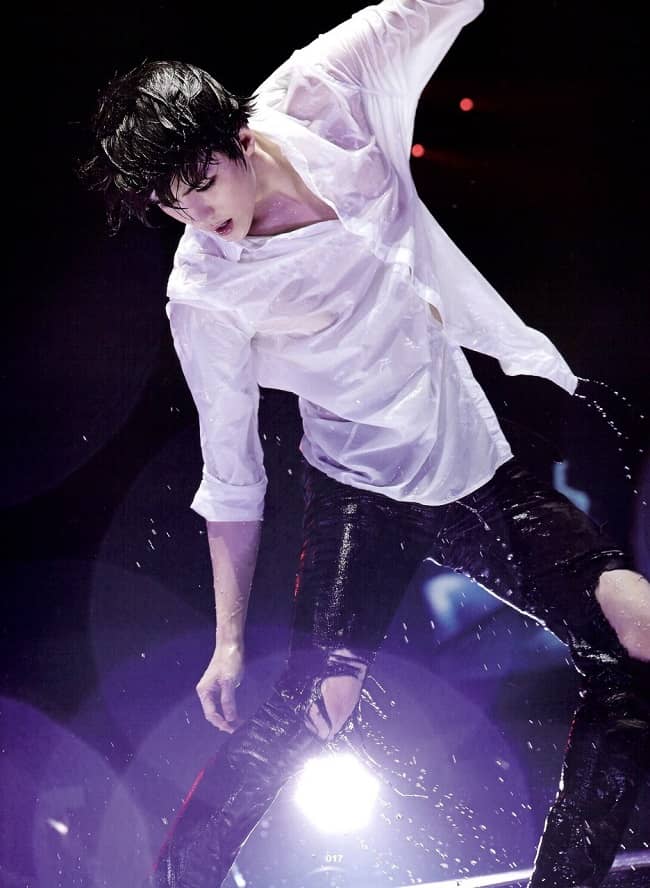 Caption: Sehun while dancing on the stage. Source: We Heart it

Furthermore, Oh with fellow Exo member ‘Chanyeol’ released a collaborative single, “We Young”, for SM Station X 0 on September 14, 2018. Also, it was confirmed that he and Chanyeol were preparing to debut as the group’s second sub-unit Exo-SC on 28 June 2019. Likewise, they released their first EP, ‘What a Life’ on 22nd July 2019.

Nonetheless, he became the new brand spokesperson of ‘Dr. Jart+’ in China on May 24, 2020. And, after becoming the brand’s spokesperson, ‘Dr. Jart+’ earned the highest sales ever during China’s mid-year shopping festival. And also, his limited mask set sold 20K pieces in only nine minutes.

Furthermore, in March 2021, it was confirmed that Oh’s movie ‘Catman’ would be released and it would be one of the first works released in China. And, also that has a South Korean star involved in, after the Korean Wave restriction in China.

She is slated to play a supporting role in the upcoming drama ‘Now, We Are Breaking Up’. Therefore, he would star in the role of Hwang Chi-Hyung, a new employee of the fashion company ‘The One’. Further, Oh is also scheduled to make his film debut in the movie ‘The Pirates: Goblin Flag’.

Oh attended Louis Vuitton’s fashion shows in Paris, in the years 2017 and 2018. And, he was named as the ‘Best Dressed Man’ in Louis Vuitton’s show consecutively for both years. Likewise, in the year 2018, he became the 2nd South Korean male idol after G-Dragon to be featured on the cover of ‘Vogue Korea’ for its 22nd anniversary. 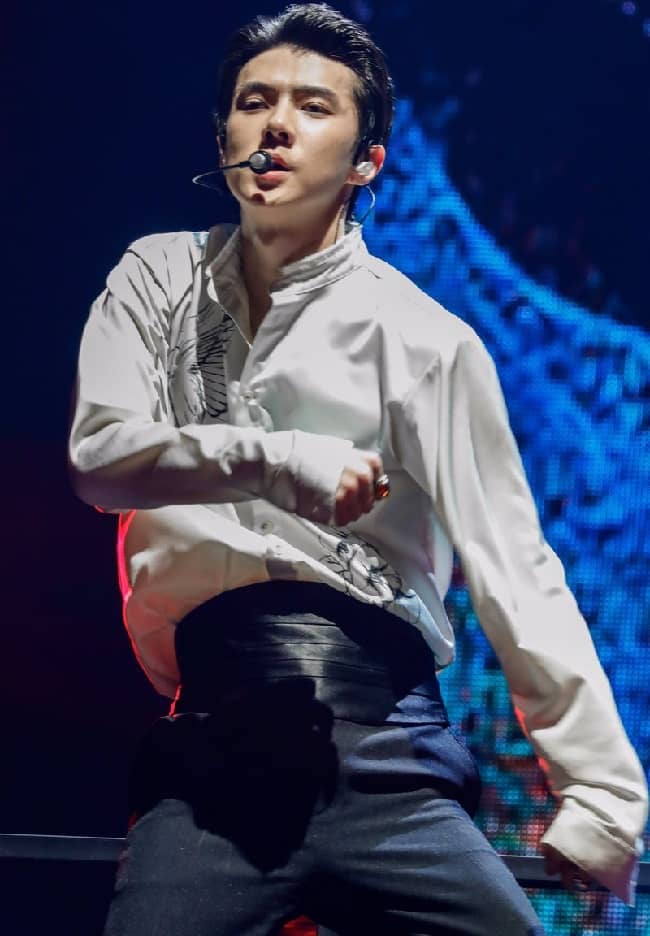 Caption: Sehun while performing on the stage. Source: Twitter

Sehun is currently single and enjoying his single life. His past dating history is also unknown. However, says he doesn’t plan on getting married until he’s over 30. And, he wants a wife who will treat his parents well and do housework.

And, he also says that he probably wouldn’t make the first move on a girl, but depending on if it’s true love, he might have the courage to. Nonetheless, his ideal type is a kind woman, who is clean, neat, and has a bubbly personality.

Sehun is a handsome and tall man. He stands tall with a height of 6 feet and he weighs around 59 kilos. Moreover, he wears a shoe size of 11 (UK) and his biceps size is 14 inches. He has a fit and healthy body physique but the measurements are not disclosed. Further, his eyes are of black color and he has brown hair color. 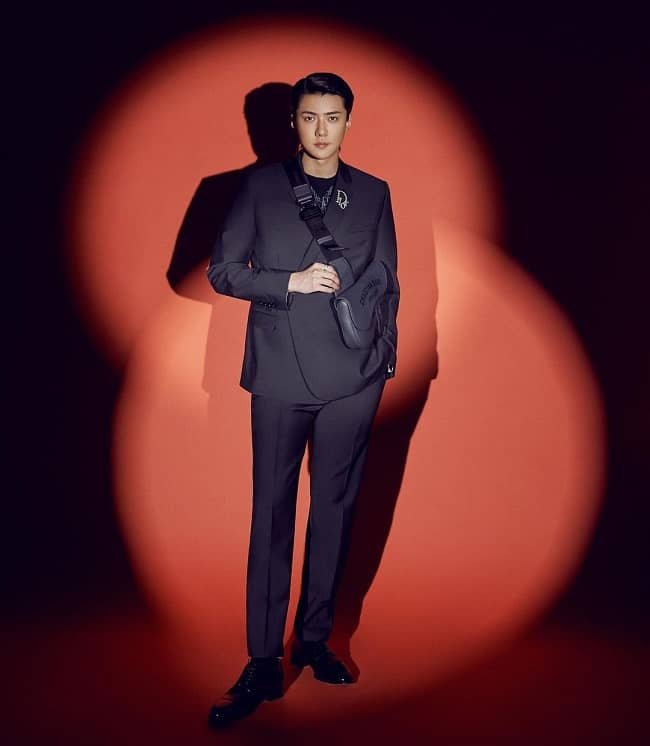 This talented and successful personality surely earns a great amount of money. His net worth as of 2021 is $7 million. However, his main source of income might be through his singing, acting, and modeling career.