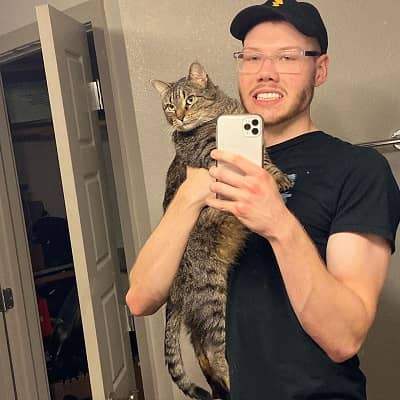 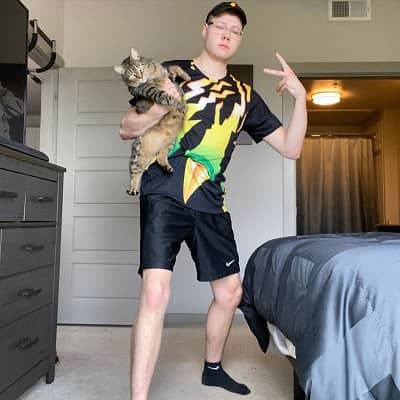 SeeDeng is an American social media personality. SeeDeng gained popularity on the social media platform as a gamer mainly playing Minecraft and Roblox on his Youtube channel.

SeeDeng was born on September 10, 1996, and is currently 25 years old. His birth name is Charlie Deng and he chose his internet persona’s name based on the first letter in his name and the part of his last name as SeeDeng. Similarly, being born in mid-September, his zodiac sign is Virgo. Likewise, he was born in Illinois, United States of America, and holds American citizenship. Similarly, talking about his ethnicity, he belongs to a Caucasian ethnic background. Likewise, he follows Christianity. 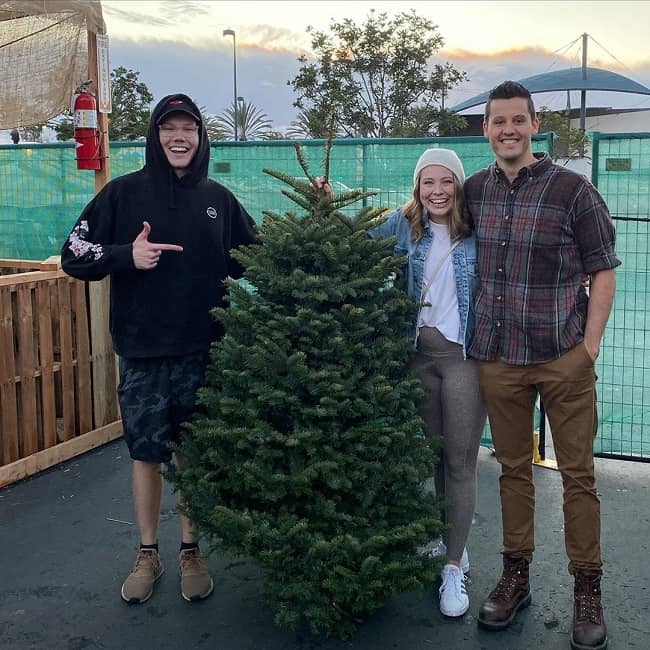 Caption: SeeDeng with his sister and brother-in-law. Source: Instagram

Regarding his family background, Charlie has not given much insight into his personal life. He is quite discreet regarding his personal life and has not given much information about his parents and siblings. However, he has posted a picture on his Instagram with his parents and sister. Charlie has an elder sister whose name is Cass Feron. Likewise, talking about his childhood, he spent his childhood with his elder sister in Illinois. Similarly, he started developing a keen interest in video games at a very young age and started playing from his school days. Furthermore, talking about his educational qualification, Charlie is a graduate student. However, he has not given information about where he graduated and his educational background.

Similarly, Charlie posted his first video on 12th July 2012. He posted ‘FIRST VIDEO!- MINECRAFT’ and has 40k views on it. Followed by this, he uploaded his ‘HEROBRINE SURVIVAL SERIES’ in it. Likewise, his second video is ‘HEROBRINE SURVIVAL- EPISODE 1 (MINECRAFT)’ on 18th February 2013. Similarly, Charlie also started making videos on the ‘SLENDERCRAFT – EPISODE 5 (SLENDERMAN MINECRAFT MOD)’ series in it.

Moreover, Charlie has posted around 1,982 videos on his channel having more than 242 million views in it. Likewise, the most popular video on his channel is ‘MAKING BALDI’S BASICS A ROBLOX ACCOUNT!!’. Charlie posted this video on 18th January 2018 and has over 3.9 million views on it. Similarly, his other popular videos include, ‘PLAYING A SCARY GAME INSIDE OF JAILBREAK!!’, ‘ROBLOX MURDER MYSTERY 2 IN REAL LIFE!!’, ‘FAKE BODY TROLLING YOUTUBERS!!’, and ‘GETTING PULLED OVER IN JAILBREAK!!’. These videos have more than 2.5 million views on it.

Besides his Youtube channel, Charlie also has other social media accounts including Twitter and Instagram. His Twitter channel has interesting pictures and video clips of his games. Similarly, Charlie also has an account on Instagram in which he posts pictures with his family members and his cats. He also has an online merchandise store in which he sells T-shirts, caps, and other different kinds of merchandise in this store. Moreover, he also does getaways timely giving his goodies and merchandise to his fans at regular intervals.

Regarding his relationship status, Charlie is straight and probably single. Likewise, he seems to be very reserved regarding his personal life and has not shared his relationship status in the media. Similarly, looking at his social media posts, Charlie seems to be focusing on his social media career and enjoying his personal life.

Charlie stands the height of 5 feet 9 inches (69 inches) tall and weighs around 69 kg. Looking at his appearance, he has a fit physique but has not given his body measurement like vital stats in media. Likewise, Charlie has fair skin with light brown eyes color and blonde hair color. 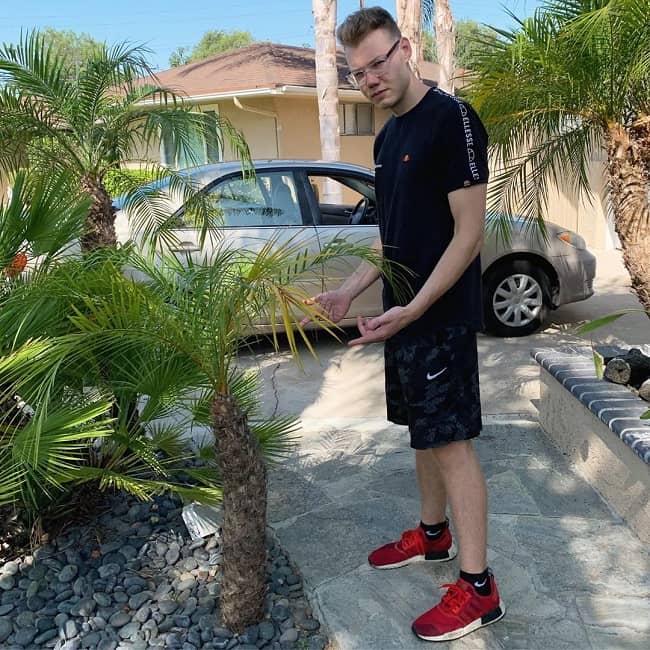 Reflecting upon his social media presence, Charlie is active on Instagram and Twitter besides his Youtube channel and Tiktok account. Likewise, his Instagram handle is @seedeng, and has over 55k followers in it. Similarly, talking about his Twitter account, his Twitter handle is @seedeng, and has had 89.1k followers in it since he joined in February 2012. Additionally, Charlie has also shared his email address for business collaboration and it is [email protected]