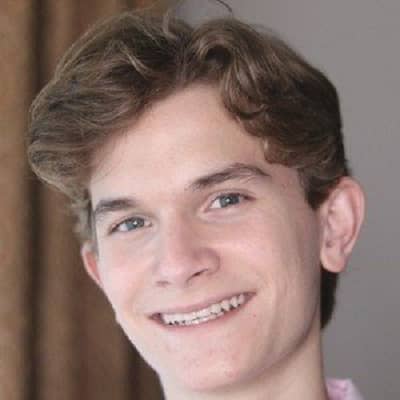 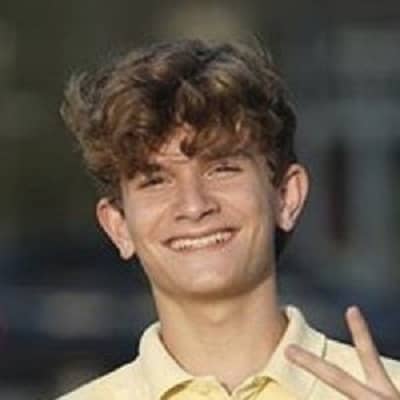 Sebastian Reggio is a young TikTok star. Sebastian Reggio is famous for his comedy dubbing and acting on his TikTok account name as @Seba_reggio. He is also working as a volunteer in Sun Risas which is a nonprofit organization that supports communities all around the world.

Sebastian Reggio was born on February 21, 2004. Currently, he is 17 years old.  He was born in the United States. Recently he is staying in Miami, Florida. His family name is Chacin.

Taking about his family, he has a  mother Jessica Chacin, father Bernardo Bermúdez. He also has one younger sibling  Patrick Alexander Bermudez Chacin who is just one year old. His father runs a restaurant named ‘ Soyamiami’. Similarly her mother Jessica is RDH, consultant and event producer of  ‘Soyamiami’. 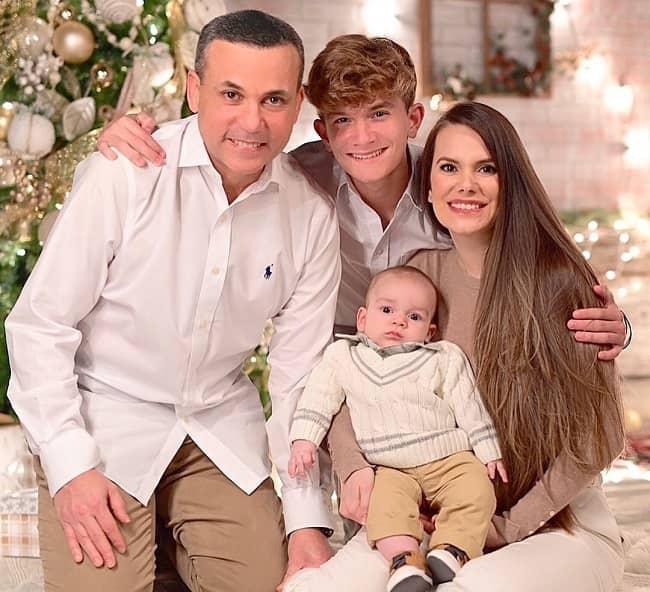 Caption: Sebastian Reggio along with his family during Christmas (Source: Instagram)

Regarding the schooling, there is no information about his name of the school. Even though his mother Jessica used to post some pictures during his school life.

The captivating quality of Reggio is that he speaks fluent Spanish language. As far as concerned about his hobbies, he has a wide range of interests. Since childhood, he was interested in music as he used to play the piano.  Likewise, he posted one picture in which he was singing on the radio station.

Not only that he also loves to do different adventurous activities. Besides that, he is also a taekwondo black belt player. Occasionally he also enjoys playing soccer with his friends. Basically, he has a great personality with a good sense of humor. He is also keen on social works.

About his career life, Sebastian has been active in TikTok from the year 2019 till now. As of now, Reggio has a net of 18.8M likes as of now. Not only that he also has one youtube channel.

His first post dates back to  2019-7-1 and it was quite funny. He has featured his friends and family in his videos. The most interesting collaboration was with his teacher ‘Jrrivera’ which he was recording during his class hour. Other famous Tiktokers like Brookemank have also followed him.

He’s one of the popular TikTok videos was on August 25, 2019, where he makes about voice impression trends nd this video get 10.1m views along with 2.3m likes and 15.8kcomments. After the success of the voice trend, he posts voice impression part 2 which was the second famous post among all with 8m views. Mostly he makes comedy content including dubbing, changing vocal range, and following the ongoing trend. 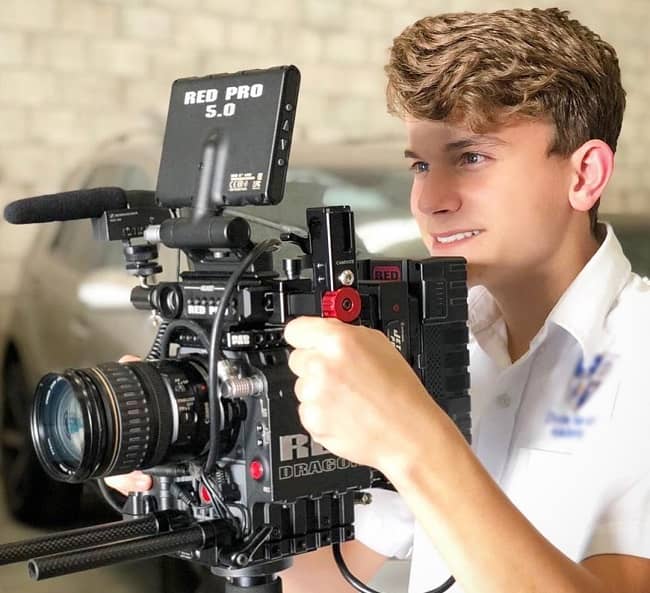 Reggio has received lots of love and support from his followers which he considers the best award. Despite the teenage, he has a strong number of supporters behind him.

Sebastian Reggio is a perfect example of an independent teen boy. His main source of income is through the social media platforms like TikTok and youtube. It is not mentioned exactly about the fixed amount of money but, surely, he can fulfill his extra demands through this source.

Sebastian Reggio seems to be a single boy, the reason is that he has never posted anything related to his love affairs. However, he has not mentioned anything about his love life neither about his sexuality.  He seems to be a fun-loving guy and he also adores his younger little brother which is reflected through his photos with his little one. He frequently uploads pictures sharing some special bond with his family member.

A young personality Sebastian Reggio has a fair skin tone with grey-colored small eyes. He has mid-length curly hair. Although he doesn’t have a broad chest he has a charming character. Regarding his height, he is 4ft 11 inches tall. 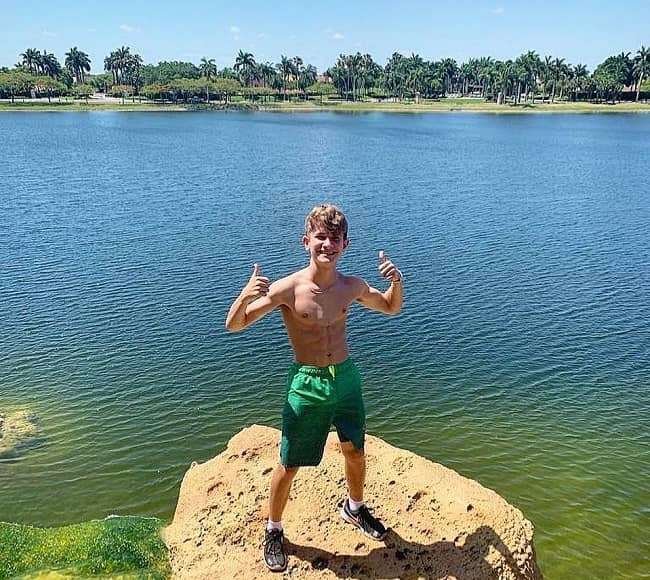 Caption: Sabastian Reggio stands out in his abs along with the natural beauty (Source: Instagram)

Despite being a popular figure, he believes in the concept of simplicity. He has around 772.8k followers in TikTok and on Instagram, he has 16.2k followers with 64 posts all together till now. However, he doesn’t post his videos frequently.