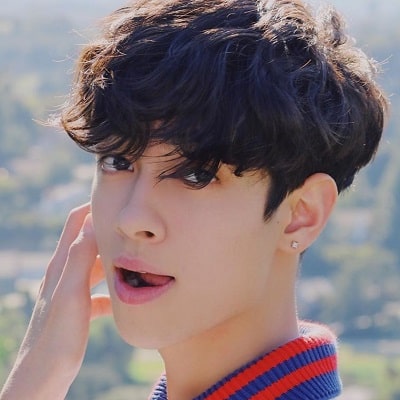 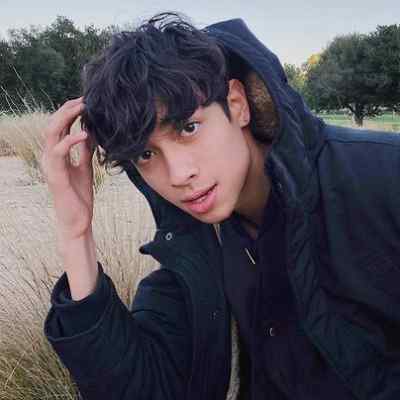 Florida, The United States of America

Florida, The United States of America

Sebastian Moy was born on April 11, 2003. 18 years old teen was born in Florida in The United States of America. He was born to the Colombian mother, Natalia Moy while his father’s identity is not disclosed yet. But, his father belongs to Chinese descent.

He is an American by nationality. The multi-talented teen star was born with the astronomical sign of Aries and follows Christianity as the main religion. He has a family of seven, his parents and other four brothers. He shares his parents’ love with his brothers named, Alex, Mateo, Nick, and Oliver.

He fights and plays with his mother and brother. He is very close to his family. Young social media influencer loves to call his fans by the name, Moy Army. Reflecting on his favorites, his favorite celebrities are Tom Holland among actors and Joey King among the actresses. He is a huge fan of Shawn Mendes. Talking about food and drink, he loves milkshake and Chinese food. Audi, Gucci, Louis Vuitton are some of his favorite brands. He prefers White to other colors. 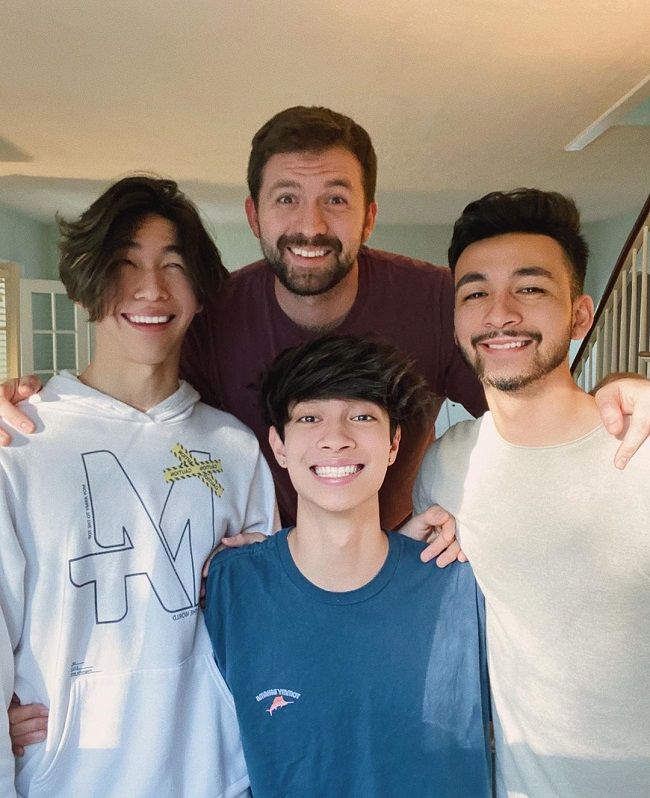 Regarding his educational background, he was home-schooled and now, he is a high-school student. He studies in one of the local middle schools. Furthermore, he has not disclosed name of his high school.

Young and talented Moy has 412k subscribers since he joined YouTube on March 22, 2016. He has featured his brother’s channel, ‘Oliver Moy’ as well.’ Sebastian’s YouTube channel has 52 videos up to now. ‘READING HATE COMMENTS *emotional*’ was the first-ever video uploaded on August 25 of 2017. It has amassed pretty well viewers counting more than 189K until now. Similarly, ‘Drinking Windex Prank On Mom **GONE WRONG**’,’ RiceGum Is My Cousin???’, and ‘MY MOM KICKED ME OUT AFTER THIS’ are other videos uploaded quite long ago on his channel.

Furthermore,’ I asked out Dylan Conrique and she said…’ has 1.8 million views making it the most popular video until now. Similarly,   are the other videos that have amassed more than 750k views are ‘Relationship Q+A w/ Dylan Conrique’, ‘Never Have I Ever w/ Dylan Conrique & Lauren Godwin *LOTS OF TEA*’, and’ Team Whisper Challenge Ft. Cody, Zoe Oliver, and Lexi’ to name a few.

Unfolding more about the channel, Team Mansion Hide & Seek ft. Cody, Zoe, Oli and more! is the newest video premiered on Nov 18, 2019? Likewise, ‘so I let my friends do my hair…’, So’ i went undercover as a HATE page…’  are the videos that have been uploaded in 2019 on his channel.

Moreover, one of his latest videos is blowing candle on his birthday with more than 1.2M views entitled, ‘seventeen?’ to the original,  WOAH remix-raullcabello2. His recent video is ‘found this old video ? happy bday @dylanconrique’ to his original. He wishes Dylan on her birthday in this video.

Also, Oliver and he have collaborated on another TikTok channel. This duo of brothers has garnered by 3.1 million followers with the username, @themoyboys. They have released their original song, ‘SweetHeart’ on this account. They had also had their concert in New Jersey.

‘I finally pranked my brother back ?’, ‘My brother came up with this…, and Special Agents’ are some of the latest videos on this TikTok account of the two brothers. They create lip-sync, comedy videos that have garnered millions of followers in no time. 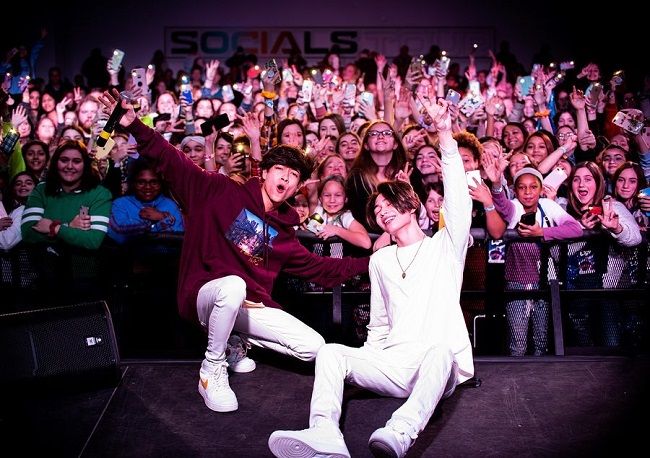 Caption: Sebastian with his brother in their first concert in New Jersey(Source: Instagram)

Also, he hosts “The Sebastian Moy Show”. He features an interview of trending social media stars and artists. Mila Nabours appeared as Party Friend, Nathan Triska was a Party guest. Similarly, other guests of Moy: Baby Ariel, Kristen Hancher, and Piper Rockelle had to reach Moy’s room through his bedroom window to prevent themselves from alerting his mom. Also, he played the role of  Matthew in Protected. It is a short drama premiered in 2014.

Similarly, he also has his merchandise named, Moy Army Collection on the behalf of his fans and followers. His commodities include caps, sweatshirts, and phone cases. He has different collections titled, The Gold Collection, The Camo Collection, and The Dauntless Collection to mention very few.

He has very engaging content such as lip- sync videos and comedy videos on both of his YouTube and Musical.ly(Tik Tok ) which has amassed thousands of followers. With all his creative content he has successfully earned some decent amount of money during his late teen. According to thecelebswiki, his estimated net worth is $800 thousand. However, Moy has earned money from ad campaigns, endorsements, and social sites to live a lavish life. 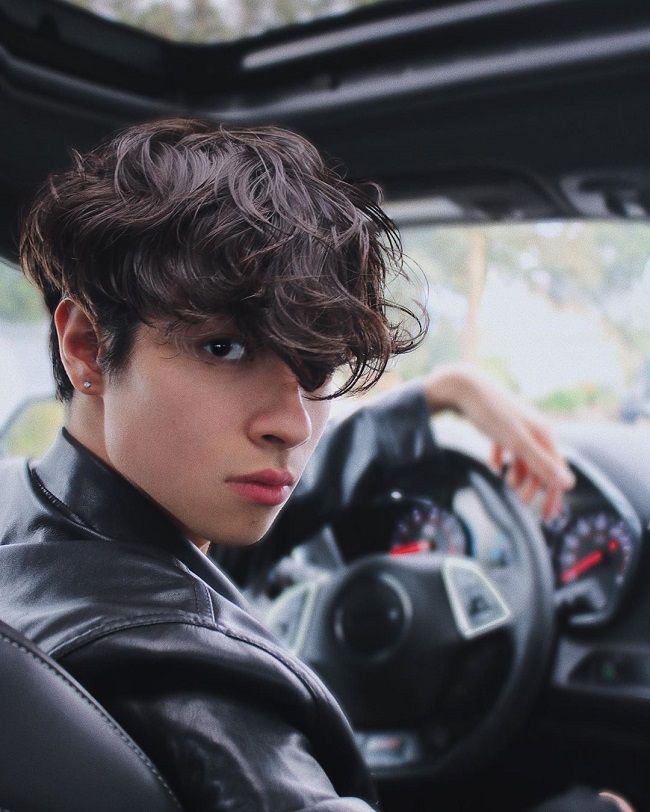 Sebastian Moy is very secretive while it comes to his private life. Talking about his relationship status, he is currently single. He has not uploaded any suspicious photos on his social media handles. It seems that he is focusing on his career in the best way possible.

Some of the other online resources have mentioned that he had one relationship in the past. Furthermore, he was involved with Dylan Conrique. Dylan is featured on YouTube and TikTok videos of Moy.

Sebastian is quite tall with a height of 5 feet and 6 and weighs 53 kg. His other body measurements are 38-26-34. His bicep’s size is 12 inches. He has mesmerizing Brown eyes and natural hair is also Brown.