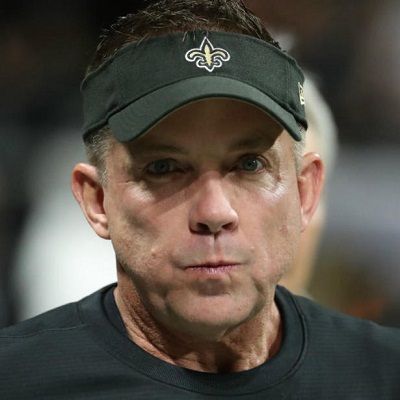 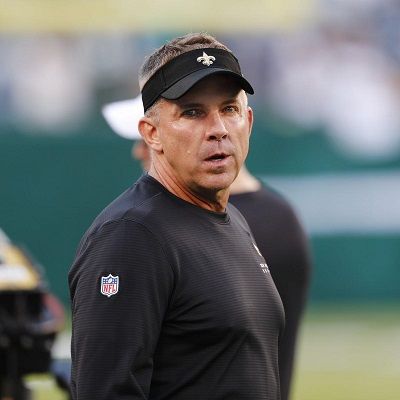 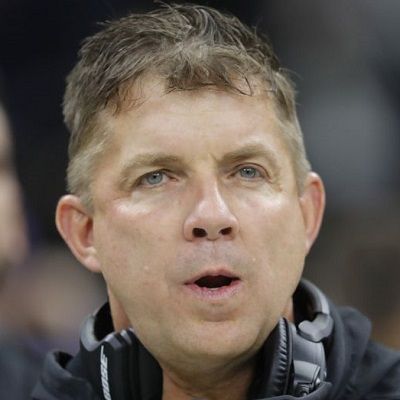 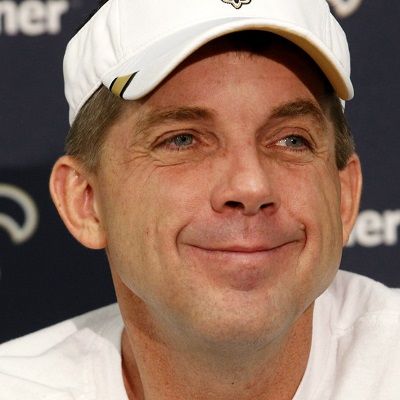 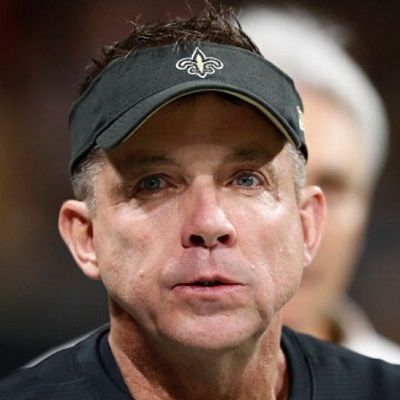 Sean Payton is the American head coach of the New Orleans Saints. Sean Payton coached them from 2006-2011, and from 2013 to the present. Additionally, he took the Saints to their only Super Bowl appearance and victory in Super Bowl XLIV.

Saints coach Sean Payton, who tested positive for the coronavirus last week in the NFL’s first reported case, revealed on Monday that he is feeling better, and expressed frustration at how some Americans are responding to the pandemic.

“I’m feeling OK,” Payton said on Good Morning America, “mostly fatigue”. Payton said he began feeling unwell in the days before March 16, when he decided to get tested at the advice of a Saints team doctor.

“When I went in last week on Monday, I had the chills, a little low-grade fever,” Payton said. “Certainly felt like I had the flu when you just want to lay in bed and not do anything.

Gradually, during this week, I’d say I’ve gotten progressively a little better each day. I haven’t had any respiratory issues, and then Thursday I found out the test came back positive.” 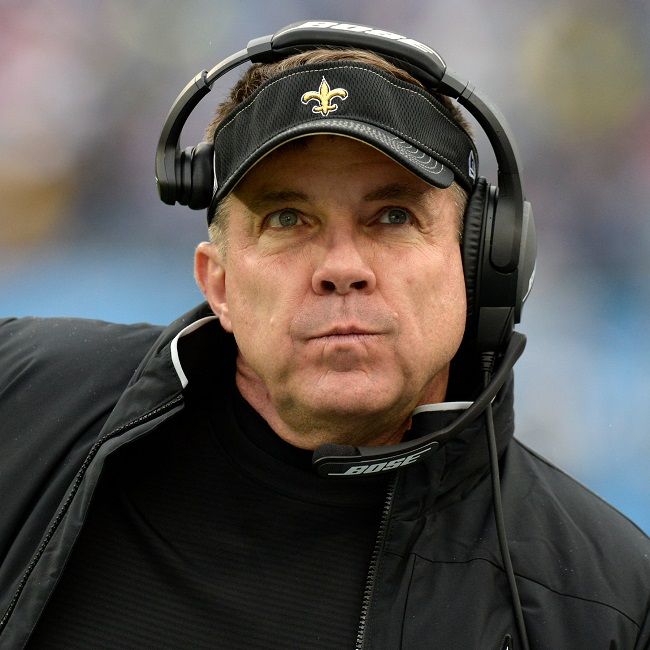 More about the situation

The positive result came as little surprise to Payton, who said he was prepared for it. “I was under the assumption it was going to be positive.

Talking with our team doctor, he said, ‘More than likely, it’s probably an 85 percent chance, this time of the year, with the symptoms you’re having, it’s going to come back positive. But we do want to get a test on that.’”

When asked about those who are ignoring government recommendations for self-isolation and avoiding large gatherings, Payton expressed disappointment.

“We all have someone that we know very closely — for me it’s, my parents are both deceased — but elderly people who are close to us. The idea that you could be invincible when you’re younger, first off there are younger people who are dying from this virus.

“And then the idea that you could transmit or carry this to someone who isn’t healthy enough to withstand it, or even a healthcare worker that we need to take care of someone close to us.

So I think the minute people start looking not only close to home, but man there is some common sense here, and there is too much science and too much data for us to be ignoring that. And you get frustrated when you see that.”

On March 26, 2020, he announced that he tested negative and has been cleared from COVID-19

Sean Payton was born on December 29, 1963, in San Mateo, California, USA as Patrick Sean Payton. Currently, he is 59 years old. He was born to Thomas and Jeanne Payton.

Likewise, he lived in Newtown Square, Pennsylvania during his grade school and middle school years (1970 to 1978). He attended Naperville Central High School in Naperville, IL, starting as a quarterback his senior year before graduating in 1982.

Winning a football scholarship, Payton had a successful career playing quarterback at Eastern Illinois University, leading the Panthers to an 11–2 record and the quarter-finals of the Division I-AA Playoffs in 1986; while at EIU, he became a member of the Sigma Chi Fraternity. 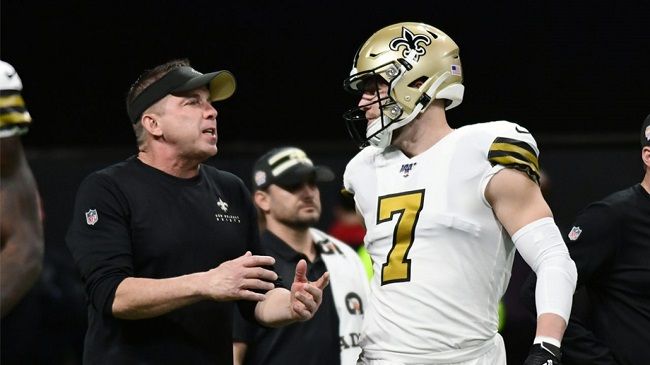 Sean Payton’s wife is Beth Shuey and they have two children, daughter Meghan and son Connor. They began a non-benefit association known as Payton’s Play It Forward Foundation.

The foundation helps improve the lives of families and youngsters in the territories of well-being, training, and social welfare.

They likewise hold a yearly celebration called Black and Gold Gala and have had lofty characters, for example, Brad Pitt, Dr. Phil, and a couple of others, beauty the occasion.

In June 2012, Beth requested the couple’s legal separation and expressed their conflict of character as a reason for this. The pair finally, legally, separated in 2014. Beth got to care for the youngsters with Payton giving kid support.

There are rumors that Beth ticked Payton before she requested legal separation. However, Beth never made any reference to that as her explanation behind the need for separation from the media or in court.

She presently lives in Texas with her children. Whereas Payton every so often visits to invest some energy with the kids.

Sean has maintained a fit body physique. He has a height of 5 feet 11 inches and weighs around 91 kg. His other body measurements are not provided. However, he has brown eyes and hazel eyes.

Sean Payton began his training vocation as a hostile colleague at San Diego University in 1988. After his position at the college, he held other minor school instructing positions for different groups. In 1997, he was elevated to quarterback mentor for Philadelphia Eagles.

The next year, he lost the activity and in 1999, he turned into the quarterback mentor for the New York Giants. The following year, Payton turned into the group’s hostile facilitator driving the Mammoths to win Super Bowl XXXV.

Payton was contracted by the New Orleans Saints as lead trainer in 2006. The group had been battling, scarcely winning their games yet with Payton’s appearance, the group moved back to the magnificence days and began winning once more (after a poor first season).

He affected the group with his extraordinary instructing abilities and drove the Saints to their first season finisher in 6 years.

Their execution was unimaginable and they had one of the group’s best details – positioning fifth in scored focuses and first in passing. Payton kept on driving the group to exceptional triumphs.

In 2007, he won the Associated Press NFL Coach of the Year Grant. He likewise drove New Orleans Saints to become champions of the NFC South with a 10-6 record. In 2000, Payton drove the group to win Super Bowl XLIV with a 31-17 triumph over the Indianapolis Colts.

In 2010, he distributed a book titled Home Team: Coaching the Saints and New Orleans Back to Life. Ellis Henican co-composed the book and beat the New York Bestseller rundown as no 8 in the verifiable section.

While coaching against the Tampa Bay Buccaneers on October 16, 2011, Payton broke his tibia and tore his MCL in a collision with tight end Jimmy Graham’s helmet after Graham was tackled on the sideline.

The NFL announced in March 2012, that it had learned that the Saints’ coaching staff ran a bounty program between 2009 and 2011 that gave financial rewards to New Orleans defensive players who injured opponents.

As punishment for their roles in the program, they suspended Payton for the entire 2012 NFL season.

In addition, they also indefinitely suspended the former defensive coordinator Gregg Williams (who joined the Rams earlier in the 2012 off-season) and suspended the general manager Mickey Loomis for eight games.

In addition to those unprecedented personnel sanctions, they fined the team $500,000 and also stripped of two second-round draft picks.

Following that tumultuous off-season, the Payton-less Saints posted a disappointing 7–9 record in 2012, but the team rebounded the following year after he returned to the sidelines, winning 11 games and earning a playoff berth.

When the team continued to field one of the better offenses in the NFL the following two years, the Saints’ defense became one of the worst in the league. New Orleans posted three consecutive 7–9 records from 2014 to 2016.

A group of rookies helped the Saints break out of their rut in 2017, as the team won 11 games and a division title.

However, the Saints bettered their regular-season play in 2018, winning 13 games to clinch the top seed in the NFC playoffs that year.

However, the team’s postseason run again ended in frustration as a missed penalty call within the final two minutes prevented New Orleans from likely clinching the NFC championship game in regulation time, and the Saints lost the contest in overtime.

The Saints tied for the best record in the NFC in 2019 (13–3) but they didn’t earn a postseason bye. The team had to play in the opening round of the playoffs and there the Vikings at home upset it.

In the NFC, the team defeated New Orleans with tie-breakers to the other two teams with that record.

As Payton enters the 2020 campaign, he continues to represent the Saints as the model of stability not only within the NFC South, as he is the longest-tenured head coach within the division.

But also in the NFL as only New England’s Bill Belichick (2000) has been with his team longer. Payton is also one of just eight active coaches to lead a team to a Super Bowl victory. 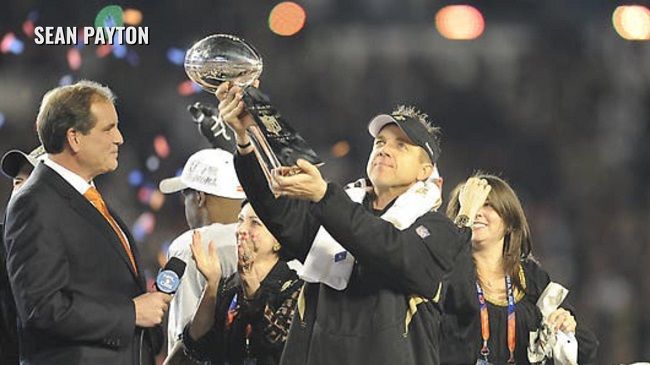 A great football coach, he has a net worth of $22 million and an annual salary of $8 million. He earned his net worth as the current head coach of the New Orleans Saints.