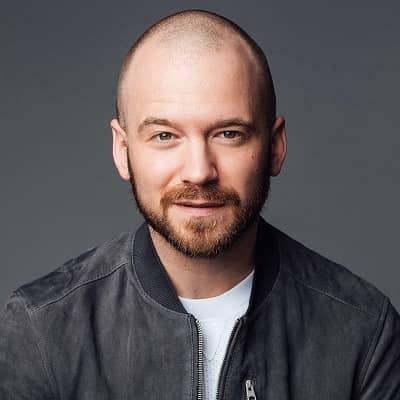 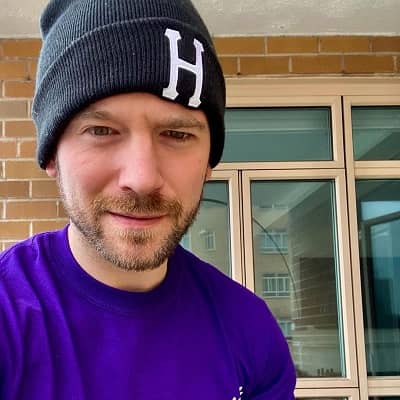 Sean Evans is a famous American YouTuber and producer. Sean Evans is famous for being the interviewer of the series ‘Hot Ones’ in which he interviews celebrities while they eat progressively spicier chicken wings.

Sean Evans was born on April 26, 1986, and he is currently 35 years old. Sean hails from Evanston, Illinois, U.S, and his zodiac sign is Taurus. Talking about his educational journey, Sean Evans graduated from the University of Illinois at Urbana–Champaign. He completed his studies in this university in the year 2008 majoring in Arts degree in broadcast journalism at the Bachelors’s level.

Moreover, talking about his family, Sean Evans has featured his father on his Instagram account but has not mentioned his name or identity. Likewise, he also has a younger brother named Gavin. 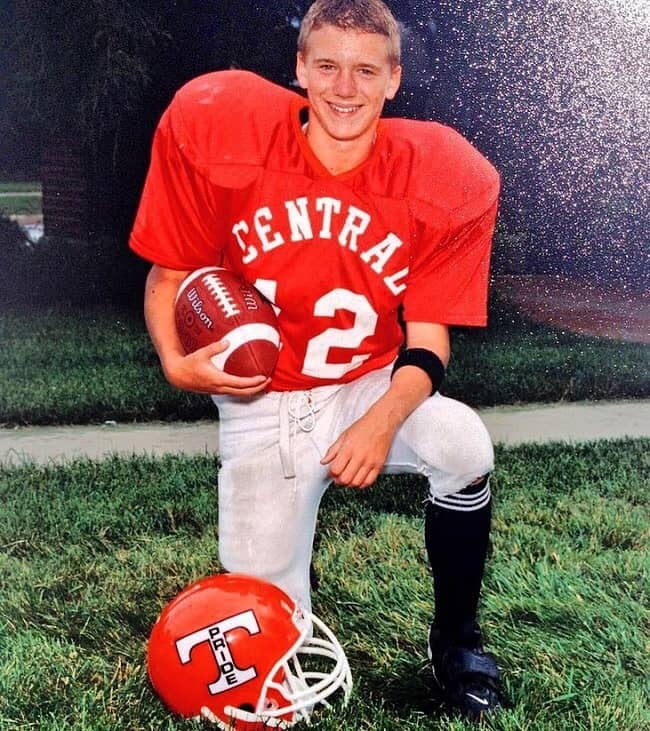 Caption: Sean Evans posing for a photo during his teens. Source: Instagram

Professionally, Sean Evans is a YouTuber and producer. He is most recognized for hosting the series Hot Ones. In this program, Evans interviews celebrities while they eat progressively spicier chicken wings. Moreover, Sean is also famous as an internet personality popular as one of the faces of the culinary YouTube channel First We Feast.

Prior to working as an interviewer, Sean Evans was a copywriter for the Chicago tourism board. Similarly, the Youtuber started freelancing for Complex Magazine in New Orleans. He did interviews for the publication and put them on the magazine’s YouTube channel. 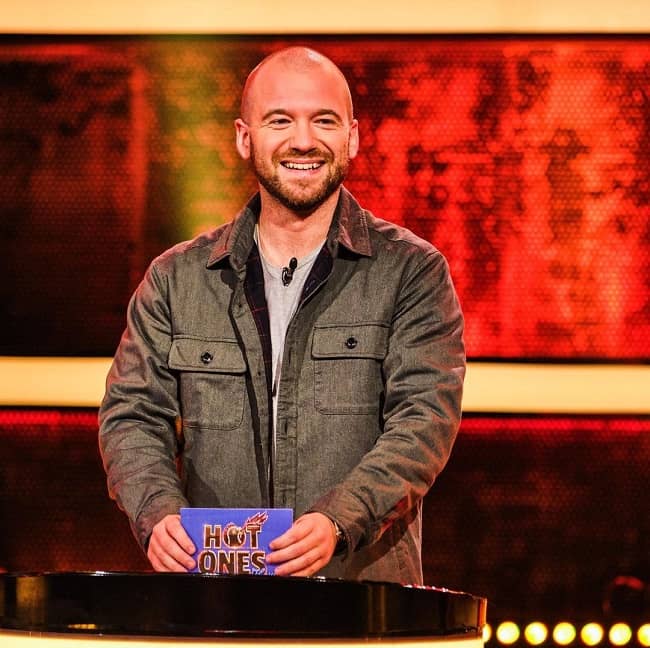 Complex Magazine actually offered him a full-time job in New York City. Eventually, Evans quickly quit his job and started a career at Complex. Talking more about the program, Hot Ones, Chris Schonberger is the creator and First We Feast and Complex Media are the producers.

Sean Evans states the program’s tagline at the beginning of each episode. the tagline is “the show with hot questions and even hotter wings.” Sean Evans and Schonberger met with each other for creating the show. During their meeting, Sean and Chris discussed potential ways to make celebrity interview shows more interesting and less cliché.

Hot Ones’ format involves Sean and his guest eating ten chicken wings or vegan substitutes. These food items are prepared with a progressively hotter hot sauce. Beginning in the 4th season, the final sauce for the 10th wing consisted of different versions of the Hot Ones/Heatonist produced sauce “The Last Dab”. Each of these “The Last Dab” sauce has a Scoville rating of between 2,000,000 – 3,000,000+ units.

The term “the last dab” refers to the show’s tradition of Sean and his guest dabbing each final wing with an extra drop of the corresponding hot sauce. Sean Evans began hosting Hot Ones: The Game Show in early 2020. It is a trivia game show that aired on the cable channel TruTV. Then recently in the year 2021, Mikey Day impersonated Sean Evans in a Saturday Night Live skit. There, Beyoncé (Maya Rudolph) did an episode of Hot Ones. 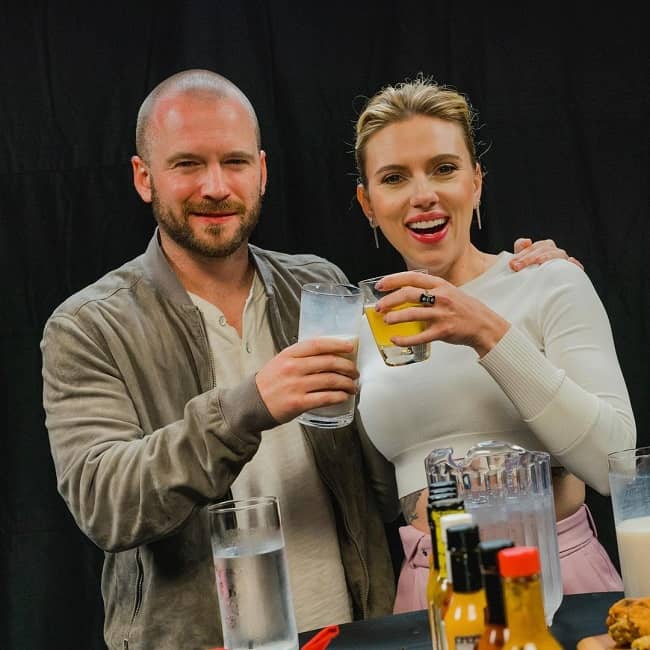 Caption: Sean Evans in an episode of ‘Hot Ones’ with actress Scarlett Johansson. Source: Instagram

Sean Evans is romantically involved with Natasha Alexis Martinez. Natasha is an anchor for Complex News. She was also a cheerleader for the LA Lakers and won the title for Miss California USA in the year 2015. Just like Sean himself, his lover also does celebrity interviews for Complex on their YouTube channel.

Likewise, Natasha has a degree in broadcast journalism from Chapman University. Evans’s lover has also worked on various other programs including American Latino TV, Mitú, E!News, Elite Daily, Bustle, LATV, and Entertainment Tonight among others. 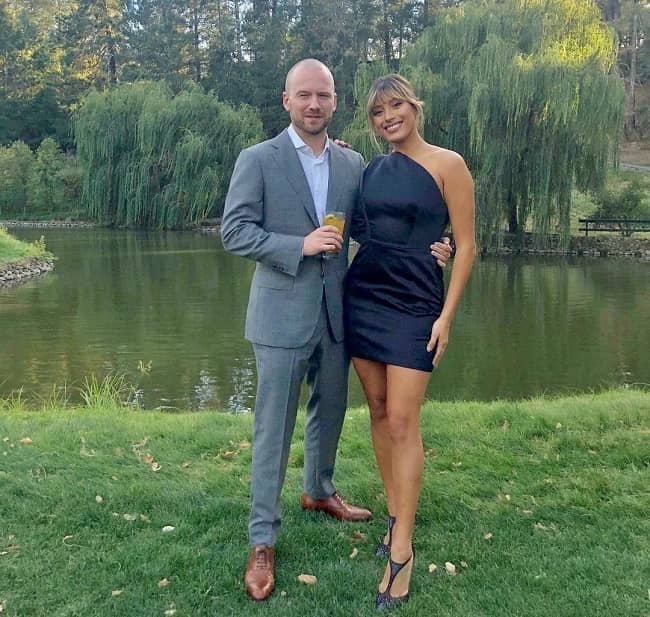 Caption: Sean Evans posing for a photo with his lover, Natasha in 2019. Source: Instagram

Talking about the interviewer’s social media presence, Sean Evans joined Twitter in March 2011 and so far has over 392.6K followers in his @seanseaevans Twitter account. He also has a separate Twitter account under the username @firstwefeast which has over 283K followers since August 2012.

Similarly, he is available on Instagram under the username @seanseaevans. This account boasts 348 posts shares and over 445k followers while writing this biography. Sean has over 1 million people following his journey on his professional Facebook page “First We Feast”.

Further, Sean created his Youtube channel “First We Feast” on March 1, 2014, and so far has over 1.8 billion views and 9.98 million subscribers. Moving on, Sean Evans has a net worth of approximately $8 million US dollars.