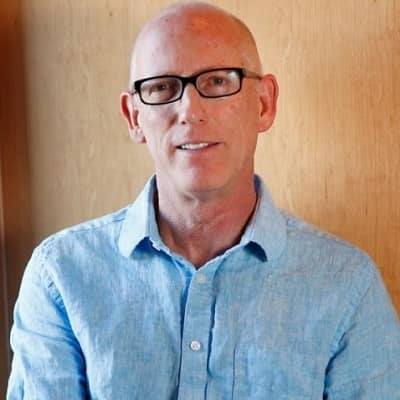 Scott Adams is a popular figure in the United States of America. Scott Adams is an artist and a cartoonist. He is more popular as the creator of the Dilbert Comic Strip and is also the author of many works of satire, and business. His creation and more satirical and presented in a satirical way.

Talking about their formal educational status, he completed his schooling at Windham-Ashland-Jewett Central school in his hometown. He completed his Bachelor’s degree in Economics from Hartwick College. And, later, he also completed his MBA from Haas School of Business at the University of California, Berkeley.

Scott Adams today is a legendary cartoonist and a content creator. During his initial days, he was in the business and finance sector though. As he completed his higher studies, he worked for Croker National Bank in San Fransisco. Later, he also served as an employee in Pacific Bell in San Ramon. However, he became famous for his comic strip named Dilbert. 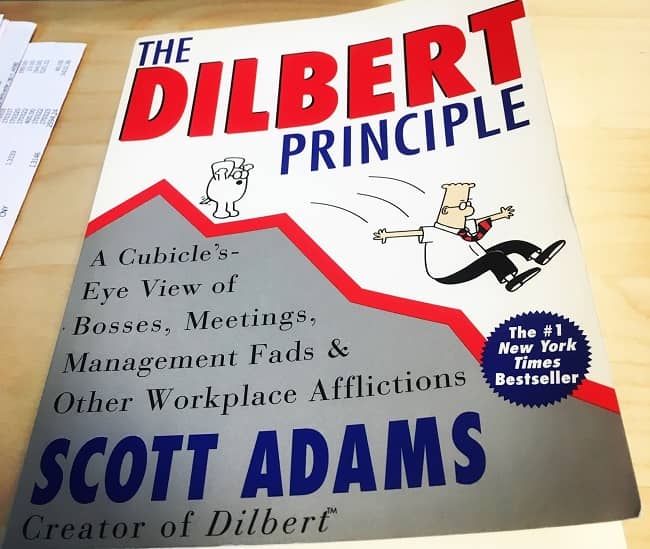 It was the creation that came from the frustrated office worker with the inanities of corporate America and foolish bosses. The protagonist character was a composite of co-workers over the years. The comic strip was published in 1989. As of today’s date, it has been syndicated to many newspapers over 2000, and many countries around the globe. Talking a bit more about the character, Dilbert is a computer programmer and engineer for a high-tech company. He does not have any purpose and is frustrated with many illogical projects and business works of his idiot bosses. He is also equally annoyed by the management of the company.

The journey that started with Dilbert led him to be a permanent cartoonist in 1995. And, since then he has written many books. Some of them are Telling it Like It Isn’t, You Don’t Need Experience If You’ve Got Attitude, Access Denied: Dilbert’s Quest for Love in the Nineties, Work is a Contact Sport, The Dilbert Bunch, No You’d Better Watch Out, Random Acts of Catness, Work – The Wally Way, Alice in Blunderland, Dilbert Sudoku Comic Digest: 200 Puzzles Plus 50 Classic Dilbert Cartoons, etc. There are many more other books and compilations from Scott Adams.

Scott Adams is living a luxurious life today with his family. He has amassed a good sum of fortune from his career throughout his life. His total net worth is about $70 million US dollars as of 2021.

For his excellent work, he has been provided with many accolades. Some of them are; National Cartoonist Society Rueben Award, Newspaper Comic Strip Award, NCTE George Orwell Award for Distinguished Contribution to Honesty and Clarity in Public Language, etc.

Moving on toward the romantic and private life of Scott Adams, he is married. He married twice in his life. His first marriage was with Shelly Miles in 2006 in San Francisco Bay. After 8 years of marriage, they finally divorced in 2014. While he hitched together with Kristina Basham in 2020. Basham is a model and a baker. And, the couple has two daughters too.

Scott Adams is living healthy and vibrant life despite his growing age. The banker-turned cartoonist stands 5 feet and 8 inches tall. While he weighs 75 kg. But, he is yet to provide more information regarding the overall body measurement. The color of his hair is grey, and he has dark brown colored eyes. 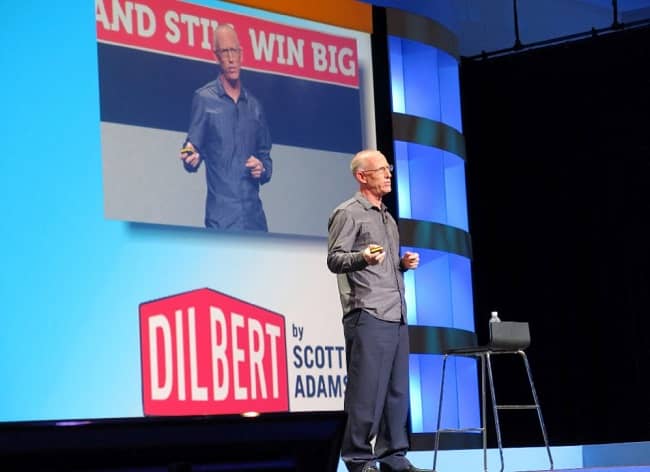