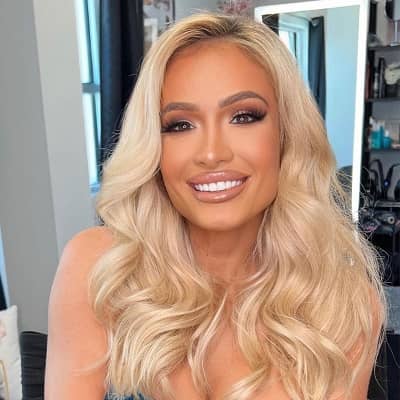 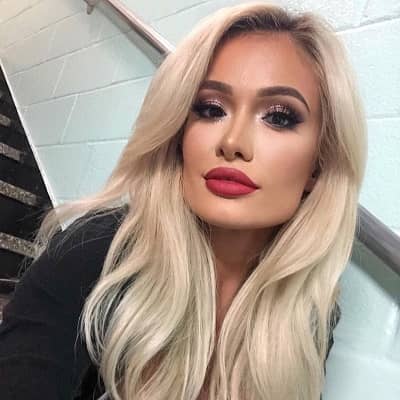 Scarlett Bordeaux was born on May 13, 1991, in the city of Edgewater, Illinois, United States. Her age is 31 years as of 2022 and she is a naturalized American citizen and Christian by religion.

Similarly, her full name is Elizabeth Chihaia and her birth sign is Taurus. She is of Romanian descent and lived in Romania with her grandparents until she was four years old.

Moreover, she has received a lot of family support to succeed in her career. However, there is no additional information available regarding her parents and siblings.

Talking about her educational background, she joined the choir at Carl Sandburg High School in Orland Park, Illinois. Following high school, she enrolled full-time in college, majoring in musical theater, and graduating from Columbia College Chicago. She studied mezzo-soprano at a conservatory. In 2012, she made her professional wrestling debut.

Regarding her professional career, she made her debut in Chikara where she began hosting “The Throwdown Lowdown,” on which she interviewed 2 Cold Scorpio.

Moreover, she pinned Joey Ryan to win DDT Pro Ironman Heavyweight on July 9, 2016, but the title was forfeited when she traded the belt for Rhyno’s autograph. Similarly, she had a tryout for Ohio Valley Wrestling (OVW) on August 1, 2012, when she faced former two-time OVW Women’s Champion Epiphany in a singles match.

However, she returned to Chikara on March 13, 2013, as the hostess of “The Throwdown Lowdown,” replacing Natali Morris. It features new clips from Chikara’s vast video vault, including high-impact hits, brutal spills, and interviews.

Additionally, she returned to OVW, making her televised debut on October 3 where she competed against then-OVW Women’s Champion Heidi Lovelace, eventually losing the match.

Furthermore, she made her Ring of Honor debut as a heel on the 11th Anniversary Show. She joined the new member of The House of Truth Matt Taven, and the heel Truth Martini. 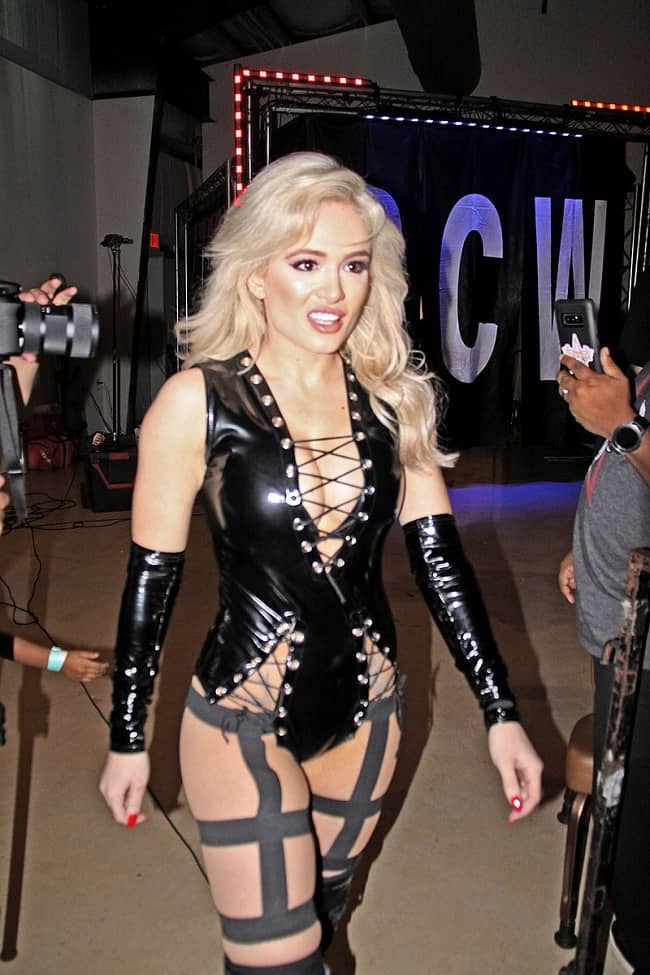 Since then, she and Seleziya Sparx, also known as the Hoopla Hotties, have been accompanying Taven to her matches. On May 10, 2014, she competed in “One Night Only Knockouts Knockdown ” facing TNA Women’s Knockouts Champion Angelina Love but failed to qualify for the Knockouts Gauntlet match.

In addition, she made her WWE debut on June 1, 2014, as one of Adam Rose’s various colorful costumed partygoers known as the Rosebuds at the Payback pay-per-view.

She later stated that by March 2015, she had performed as a Rosebud about 15 times. Also, she was announced to make her Battle Riot IV debut on June 2, 2022. In a singles match, she defeated Clara Carreras by pinfall.

Bordeaux has not endorsed any brand till now. Also, she is not promoting anything till now and is not collaborating with any brands. No information is available regarding the other brands she has cooperated with or not. Moreover, in the coming days, we may see her being associated with some brands and supporting their products.

Bordeaux has not been associated with or won any kind of awards and hasn’t received any prestigious title yet. However, her best form has yet to be acknowledged by her audience. In addition, we believe she will get several awards in the future.

Bordeaux is an American professional wrestler, model, singer, and ring announcer who has earned a considerable income from her work. Her estimated net worth is around $200k and her annual salary is $40k and her source of income is mainly her wrestling profession. However, her monthly and weekly wages are unknown.

Bordeaux is married to Kevin Kesar. Kesar is another professional wrestler. They announced their engagement on September 23, 2021. On April 20, 2022, they announced their marriage in a private ceremony on a glacier in Alaska. Also, she doesn’t have any past relationships or previous engagements. 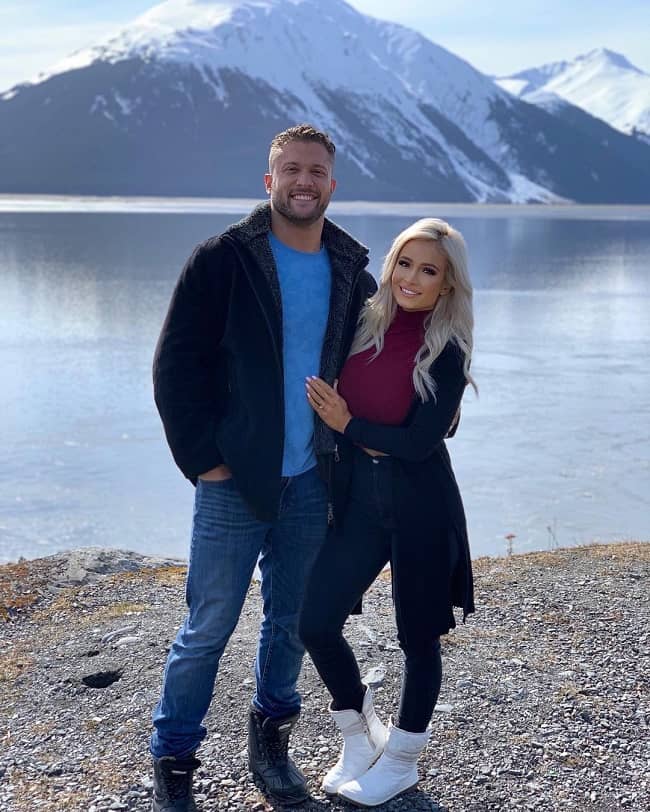 Bordeaux was criticized for her sexy poses during her Impact Wrestling career. Later, she was then fired by WWE in November 2021, claiming that one of her breast implants had ruptured.

Talking about her height Bordeaux is 5 Feet 5 inches tall and weighs 62kg. Similarly, her body measurement is 36-27-36 inches, her eye color is brown, and her hair color is blonde. Also, her dress size is 6 and her shoe size is 7.5(US). 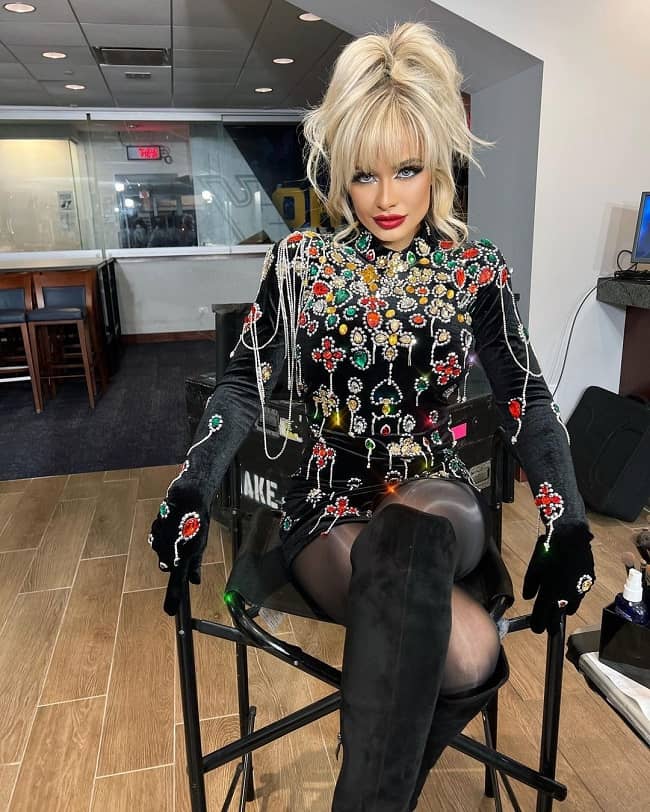