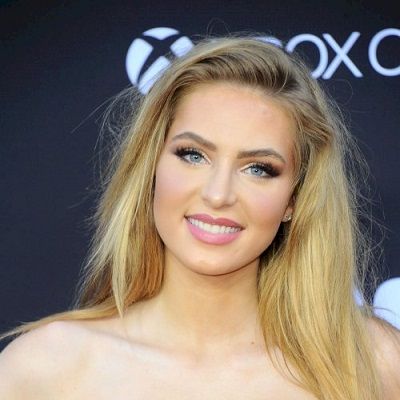 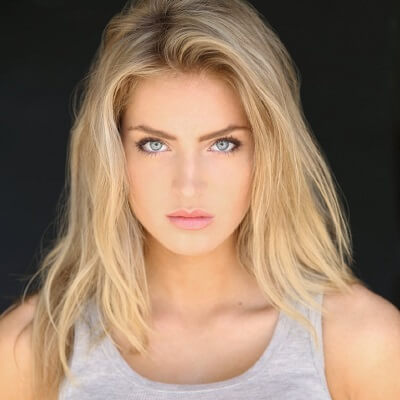 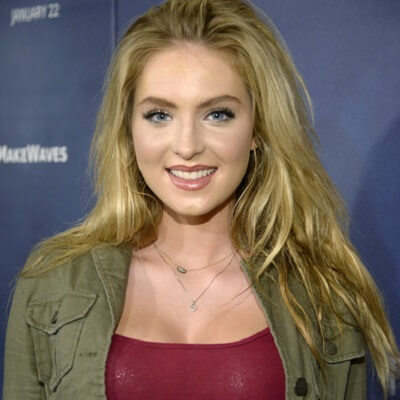 Saxon Sharbino is 22 years old. She was born on June 11, 1999, in Lewisville, Texas, under the astrological sign Gemini. Her father’s name is Ron and her mother’s name is Angela Sharbino.  At the age of nine, she began acting. Likewise, she is the oldest one among the three siblings. She has a younger sister name Brighton Sharbino and a younger brother named Sawyer Sharbino. Her sister is a television actress and her brother is a movie actor.

Moving toward her educational background, she attended Bridlewood Elementary School for a few years. Later, she chose to finish her elementary schooling at home while focusing on her acting. Then, she comes back to Flower Mound and skips a grade when starting Downing Middle School. In 2013, she along with her family moved to Los Angeles, California.

Talking about Saxon’s nationality, she belongs to American nationality but has not mentioned her ethnicity. 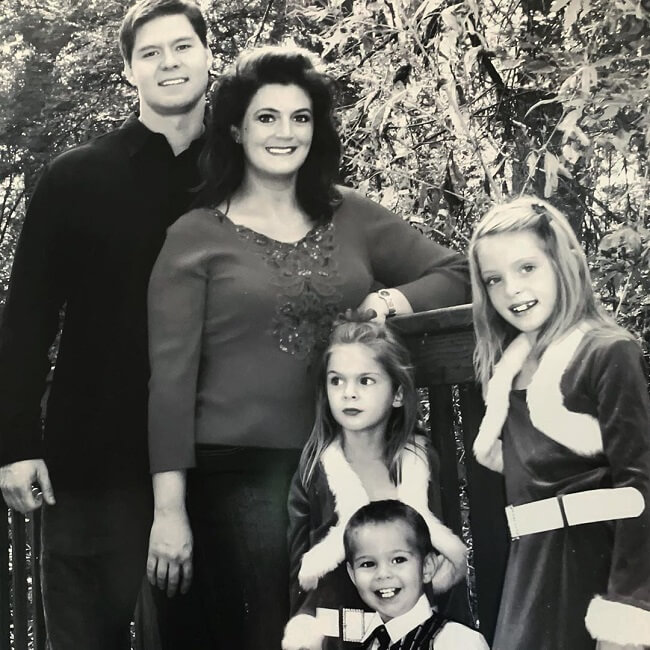 Caption: Saxon Sharbino on her childhood photo posing along with family (Source: Instagram)

Concerning Saxon Sharbino’s professional life, she is an American actress who gained fame for portraying Amelia Robbins in the Fox series Touch and Kendra Bowen in the 2015 remake of Poltergeist. She made her first debut in the television role of Emotional Fan in 2008 for the show Friday Night Lights with the episode: “Every Rose Has Its Thorn”.

Likewise, she then made an appearance in several film roles in 2010.  She appeared in films like “Red White & Blue” as Ed’s Daughter, “Earthling” as Young Joy, “Cool Dog” as Sharon, and “I Spit on Your Grave” as Chastity Storch. In 2011, she portrayed the role of  Young Julia in the film Julia X. Also, in 2012, she appeared the TV film Rogue as  Jane Forsythe.

In 2012, she beat out hundreds of actresses and was cast as the lead in a gritty spy pilot for FOX, creator Karyn Usher, and director Brett Ratner. Shortly after, she was hired as a series regular on the hit series Touch (2013), where she can currently be seen starring as ‘Amelia opposite Kiefer Sutherland and Maria Bello.  In 2013, she also made an appearance alongside William H. Macy, Amanda Peet, and Sam Rockwell in the independent film, Trust Me, which premiered at this year’s Tribeca Film Festival.

Furthermore, she has appeared in Poltergeist as Kendra Bowen (2015), Bedeviled as Alice Gorman (2016 ), and Love as Simone (2016–17). In 2017, she acted in many television shows including Stalker’s Prey, American Vandal, Law & Order: SVU, Freakish, and  Lucifer. Moreover, she appeared in Urban Country as Sax in 2018. In 2019, Saxon also made an appearance in Beyond the Law as Charlotte Bayles. She even appeared on the Netflix series Love.

Besides her beautiful life in an acting career, she has not yet bagged any awards and nominations. However, growing her acting career she will garner the award for her talents and skills. But we can rest assured because a girl of her talents, not to mention her beauty, will surely be noticed in the future and will work in more high-end productions.

Saxon launched her self-titled YouTube channel on May 19, 2014. She uploaded her first debut video titled “Saxon Trust Me clip” on June 2, 2014. The video garnered around 10,563 views. Her YouTube channel has garnered over 59.8k subscribers with almost 1,627,826 total views.

One of the most popular and viewed videos on her channel titled “Teaching AlexXxStrecci English SLANG! translated to Spanish” has got more than 607k views. Some of the other notable videos are “Saxon & Brighton Sharbino,” “How To Cut Your Little Brothers Hair (DIY HAIRCUT TUTORIAL) **CRUSH REACTS**✂️,” “Happy Ending for girls Massage,” and “Sister vs Bff Friend tag Q&A Who knows me better?.” 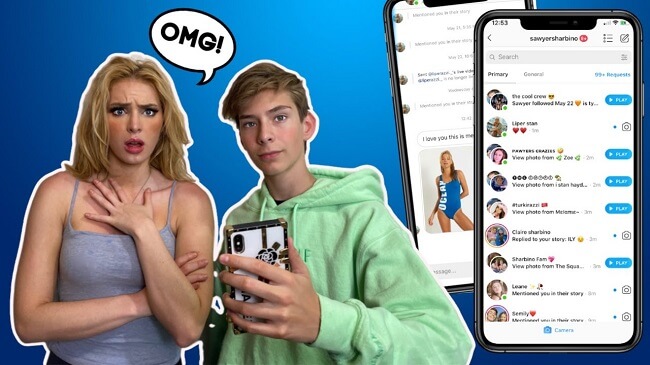 Speaking on Saxon Sharbino’s earnings, she is an American actress who has earned a decent sum of money through her work. She lives a luxurious lifestyle with mostly earns from her acting projects. Therefore, her estimated net worth is around $ 1.5 million. Likewise, Sharbino is estimated to be earning about $15k to $20k per episode in various series she’s part of. Nevertheless, she will surely have a higher value with pass time through her upcoming projects.

Is Saxon Sharbino dating someone?

Reflecting on Saxon Sharbino’s relationship status, she is currently not in any form of relationship. Therefore, her marital status remains single. Her sexual orientation is straight. She is currently focused on her career and not looking for an alovinge moment. Similarly, she is enjoying life with her sister and best friends. On the other hand, she might be pairing up with her handsome partner in the upcoming years.

Being Young she has put herself apart from all kinds of controversies in her personal as well as professional life. She is more concentrating on her career and holding a good profile.

This 21-years old beautiful and talented actress Saxon has an amazingly charming personality.  Similarly, she stands tall at a modest height of 5 feet 7 inches (1.7 m). Also, she has pretty blonde hair with fairly bright blue eyes to compliment her facial aesthetics. 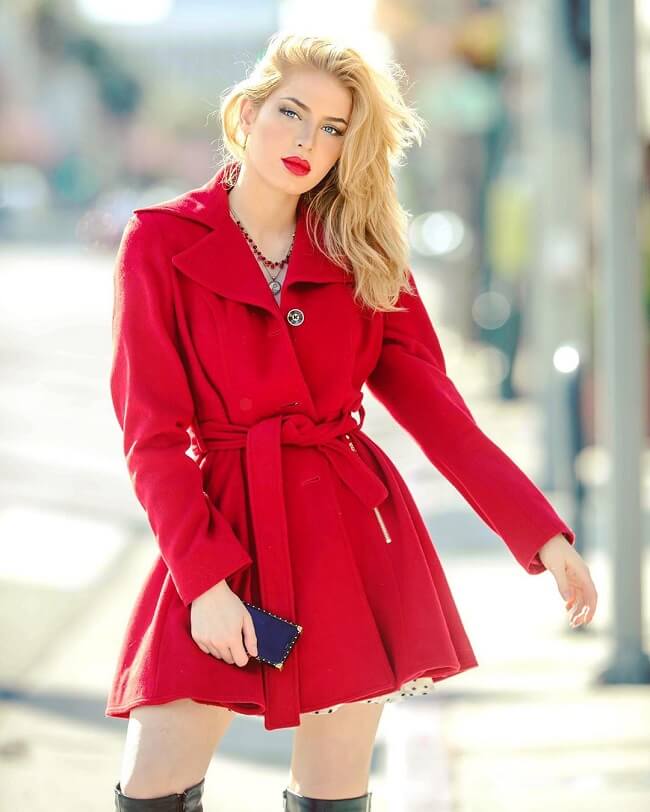 She likes to keep a fit, and healthy body as can be seen from her Instagram profile. Moreover, she has a slender body frame, a somewhat pear-shaped figure, with a fit body. Her body measurements are 35-25-35 inches. Likewise, she has a bra size of 32C and a shoe size of 7.5(US). Moreover, she weighs around 59 kg (132 pounds).

Despite she played a role in the Horror genre, she likes to play challenging and depth characters. Usually, she doesn’t like to watch Horror movies because she gets frightened easily and thinks it is weird. She believes in spirits, angels, and demons although she doesn’t understand the presence of ghosts.