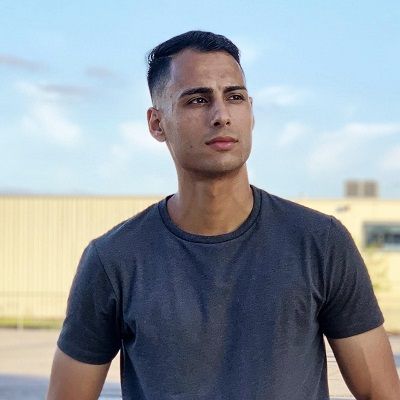 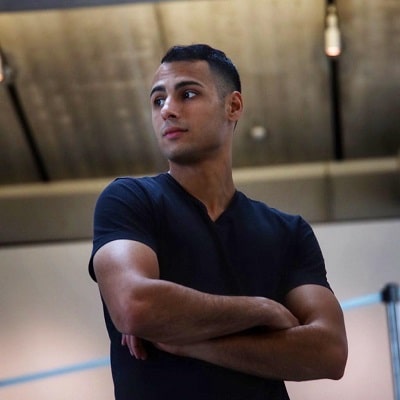 Savage Shawn is an American Youtuber, Instagram star, Tiktoker, and social media personality. Savage Shawn is also a prankster who does public pranks on people for his hilarious videos.

Savage Shawn was born on 17 November 1995. His birthplace is San Jose, California, the United States of America. The Youtuber’s birth name is Shawn and his age is currently 26 years old.

Shawn’s parents are both immigrants from Iran and he also has two siblings, an older brother, and a younger sister.

Regarding his educational background, Shawn is a high school graduate. However, he decided not to attend college and rather focus on his social media career. Moreover, his zodiac sign is Scorpio. He is an American by nationality whereas his ethnic background is Asian/Iranian.

Talking about his social media presence, he is available on several platforms. He joined Youtube on 8 March 2017 and so far has gained 4,476,502 views and 1.09 million subscribers as of July 2022.

Moreover, on his Instagram handle @savageshawntv, he has 923k followers with 22 posts at present.

Moreover, we can also find him on Facebook. He created the official Facebook page on February 11, 2019, and so far has 787k followers. Additionally, he also has a Tiktok profile where he has 502.8k hearts and 27.8k followers.

We can contact him at [email protected] for inquiries.

Savage Shawn is a Youtube and Tiktok content creator. He gained fame through his numerous pranks and comedy videos just like the Russian Youtuber Vitaly Zdorovetskiy.

Shawn’s one particular prank that gave him popularity is pranking people with fake poop in public restrooms. He created the “savageshawn” channel on March 8, 2017, and as of April 2020, he has garnered 4,476,502 views.

Moreover, he has 136k subscribers on his channel, and still growing. 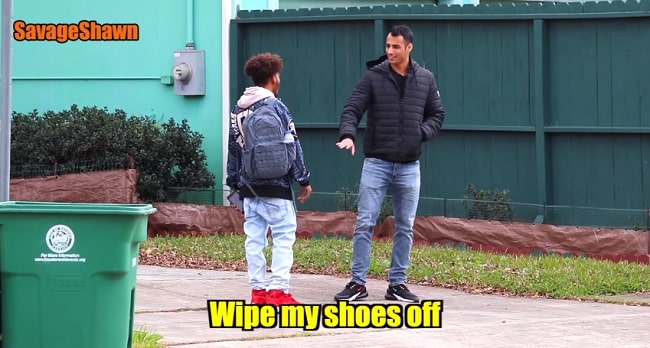 Savage Shawn with a passerby while creating a prank video for “STEPPING ON JORDANS IN THE HOOD PRANK!”. Source: Youtube

Before starting with content creation, Shawn had been in sales for a few years. He has always been very entrepreneurial and wanted to build his own business.

On his channel, he uploads hilarious and over-the-top pranks for his viewer’s entertainment. Every single week the viewers get a BRAND NEW video. Moreover, Shawn’s current goal for his Youtube channel is to gain 1 million subscribers before the year 2021.

Moreover, he also aims to gain 10 million subscribers and become one of the biggest Youtube pranksters in the world.

Moving on, discussing the most popular videos on Shawn’s channel, the video with the highest number of video views is titled Smacking peoples cigarettes prank! uploaded on 26 September 2019 with 692,866 views.

The comedian, prankster, and Youtuber are also available on other media platforms other than Youtube. He has a personal account on Instagram, Facebook, and Tiktok. He also has a large number of followers on these platforms.

But sadly, Shawn has kept his Instagram posts visible only to his followers, i,e. he has kept his account private. 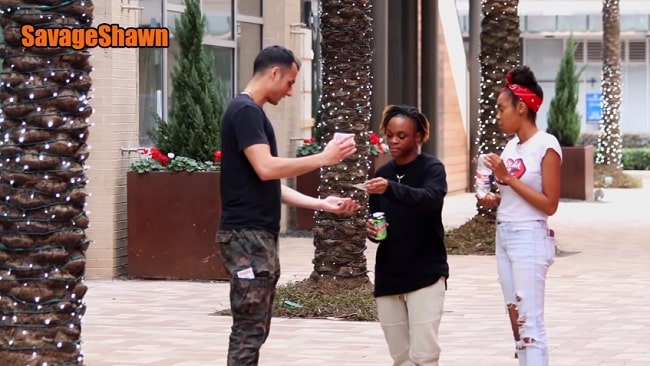 While talking about the relationship status of Savage Shawn, we don’t have much information on this matter. Shawn is rather secretive about his personal life.

He might be in a romantic relationship with someone at his age and wants to keep his personal affairs private and away from the public. Nevertheless, with his charm and easy-going personality, Shawn is sure to make people fall in love with his humor and personality.

Savage Shawn stands tall at a height of 6’3″ and weighs around 180lbs i.e. 82 kgs. Other than these, his other body measurement details like chest-waist-hip, biceps, etc. are not available. Moreover, the Youtuber has black hair and dark brown eyes. 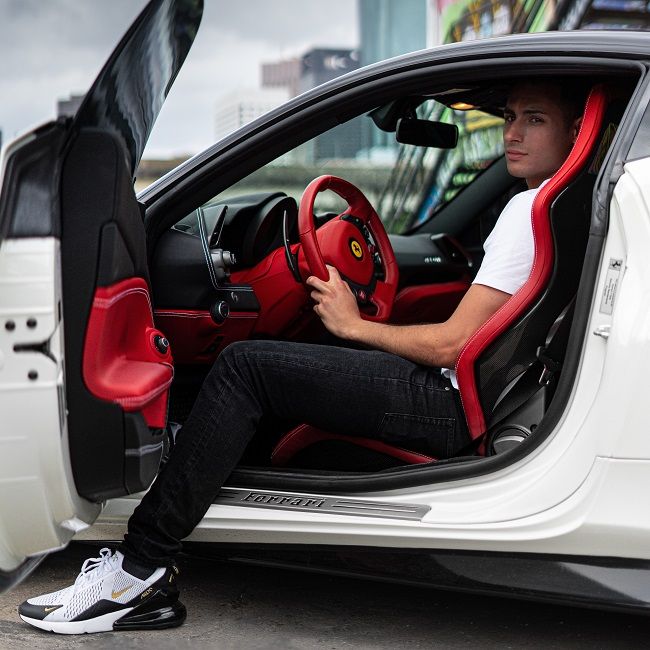 The YouTuber has earned a decent amount of money throughout his career and profession. He has a net worth of $1,498,000 which he earns as a YouTuber.