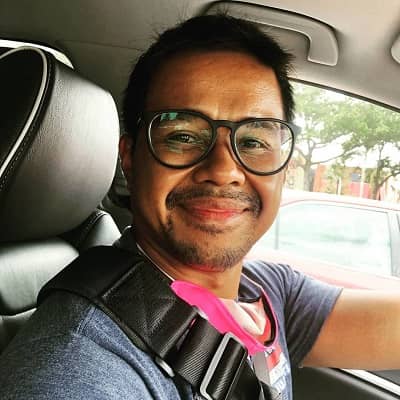 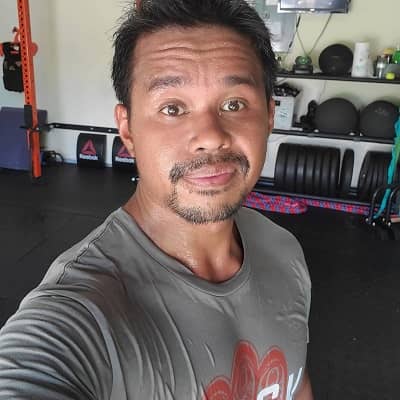 Sarath Ton is an American costume designer and a former professional wrestler. Moreover, Sarath Ton is recognized as a heavyweight Champion in Chaotic Wrestling. Also, he is the husband of the famous wrestler and actress, Sasha Banks.

The former wrestler was born on Thursday, June 9, 1983, in Springfield, Massachusetts. He obviously is American citizenship and belongs to Far-East-Asian ethnicity with Vietnamese ancestry. Moreover, he has several nicknames and they are Mikaze Kid, Mikaze, Mr. Castle, and Rutherford Hayes. Sarath’s present age is 37 years old and his zodiac sign is Gemini. Talking about his family, he was born to his parents, Saroeun Ton (father) and Mul Ton (mother).

His father is a senior production team leader at Friendly’s restaurant in Springfield, Massachusetts whereas his mother is a financially responsible woman. He even has two siblings and they are Sarann Ton and Saren Ton. When it comes to his personal information and his personal life, he is quite secretive. So, this is the main reason for his limited information. 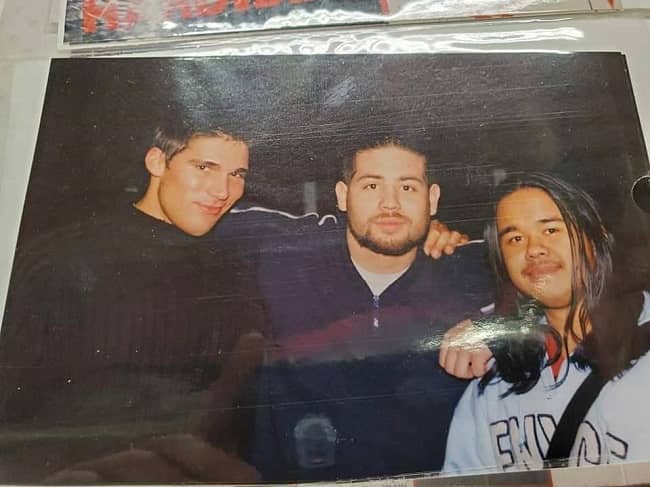 Caption: Sarath Ton with his friend when they were young (Source: Instagram)

From a very early age, Sarath was growing some interest in designing action figure costumes. On November 2, 2002, he began his career in pro wrestling. It all started in Premiere Wrestling Foundation Northeast as Kid Mikaze. A local wrestler gave him training from Massachusetts whose name is Kevin Landry spent 2 long years to develop him to form his professional career. Then, on November 16, 2002, Mikaze surprised everyone after winning his 1st title in the beginning year. Both Mikaze and Mike Paiva was the winner of the PWF Northeast Tag Team Championship in that time.

The history became unstoppable for Mikaze. He went to place-to-place after that. Together with his frequent achievements, Mikaze took part in Chaotic Wrestling, Top Rope Promotions, New England Frontier Wrestling, and also in Connecticut Wrestling Entertainment. In the year 2010, Sarath met his present wife Sasha Banks. She is also an American professional wrestler, the pair came into the spotlight with their dating scandals in the coming year. According to some sources, in 2012, Ton proposed her. Happily, she said YES!! Additionally, on June 11, 2012,

Sarath made a decision to take a step forward in his career and made a contract with WWE. He even showed his appearance on Monday Night Raw. As of now, he was no longer a Kid Mikaze in the wrestling field. After this, he left behind his valuable ring name Sarath instead attended under the latest ring name ‘Rutherford Hayes’. In his 1st game, he attended Willard Fillmore for a handicap squash game opposite Ryback. Then, in the year 2012, Sarath and Sasha’s fans had gone through an experience as a thrilling wrestling game.

There he finished opposite to his future wife at a deadly four-way intergender match for Beyond Wrestling. All over his career, Mikaze was honored for upgrading his own outstanding fighting techniques. Also, he made a mixture of martial arts together with the art of wrestling. His martial arts techniques attacks and aerial fighting techniques became so uniquely famous that people were willing to come from very far distances to watch his games at one point. Mikaze presented ‘The perfect weapon’, which is nothing but his own technique of the reverse shooting star press.

Also, this helped him to earn huge cherishing in the wrestling field. Adding more, on May 21, 2015, Sarath made his next debut. For it, he collaborated together with Jason Jordan in a dark tag game opposite to Aiden English & Simon Gotch ( well known as Vaudevillains ). At the time of the dangerous game opposite Vaudevillians, he got an intense head injury because of a straight high blow. Mikaze was left senseless and limp after the powerful hit at the game. This then finally took him to his premature retirement from pro wrestling.

After going through such a dominant head injury, Mikaze made a decision to have a new profession as a costume designer for WWE Superstars. Soon after his retirement, Sarath began his new career and now he designs all ring costumes for his wife, Sasha. Coming to his wife’s career, Sasha Banks (Mercedes Justine Kaestner-Varnado) is an American professional wrestler and also an actress. Currently, she has made a deal together with WWE as a part of the SmackDown brand taking the ring name Sasha Banks. There she is the current SmackDown Women’s Champion in her 1st reign. 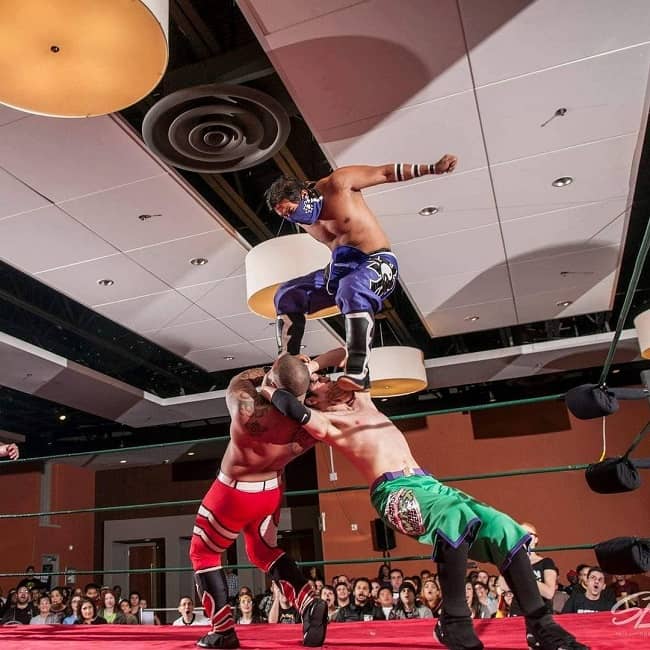 Sarath Ton has a net worth of around $500 thousand. And his income source is from his profession as a costume designer and also has a former wrestler. On the other hand, her beautiful wife, Sasha Banks has a very good net worth of around $4 million. Sasha’s income source is from his career as a professional wrestler. Furthermore, information regarding Sarath Ton’s assets and residence is still unknown.

Sarath Ton is a married man. He now is the wife of his long-term girlfriend, Sasha Banks. Their wedding was held on the 4th of August 2016. The couple met each other in Chaotic Wrestling for the very first time. However, the couple was keeping their marriage a secret until 2017. Both of them began their career in the same roaster. At present, the pair is living a very peaceful and happy life with each other. But they have no kids yet. It can be because of their very busy schedule. Additionally, he and his wife as well stay far away from any rumors and scandals. But Sasha once told in an interview that many fans sent hate comments to her husband on social media platforms, and the couple did not want to make any chaos in their marital life. 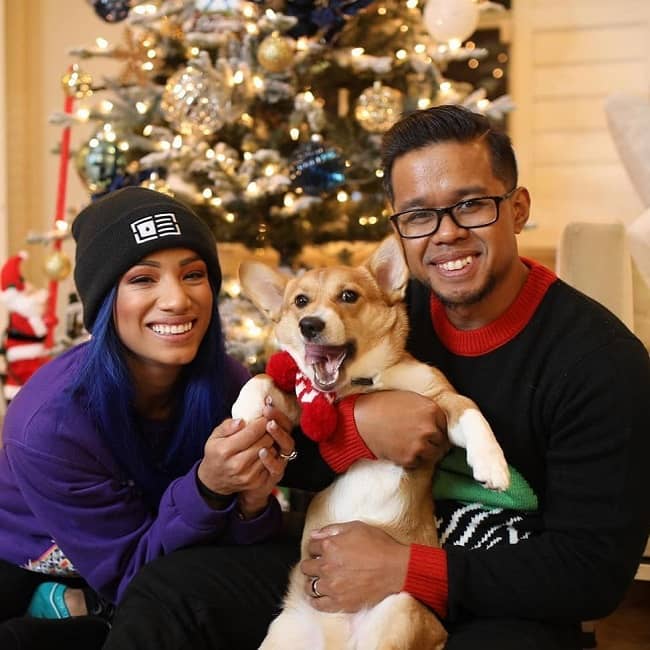 Caption: Sarath Ton with his wife and his pet (Source: Instagram)

The former wrestler has a very muscular and athletic body type. He stands at the height of 5 feet 6 inches or 1.68 m. Also, he has a body weight of around 75 kg or 167 lbs. Likewise, Sarath has a pair of black eyes with black hair color. Sarath looks very innocent and has an oval-shaped facial structure. Moreover, Sarath favors slightly grown facial hair. Also, he has a light brown complexion. The former wrestler is obviously is a fitness freak and does exercises regularly.