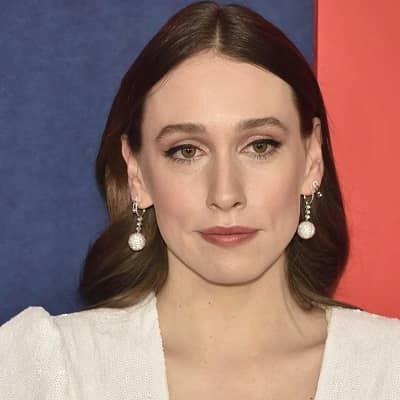 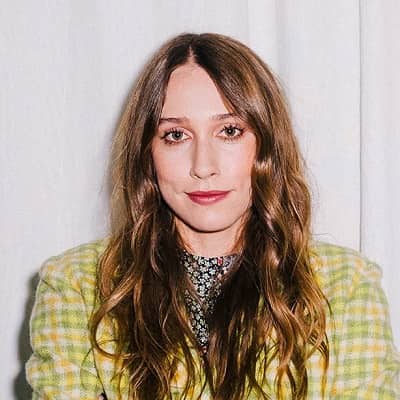 Sarah Jude Sutherland best known as Sarah Sutherland was born on the 18th of February, 1988, in Los Angeles, California, the United States of America. According to her birth, she is 34 years old and holds American nationality. Moreover, she has a birth sign of Aquarius and she has mixed ethnicity. 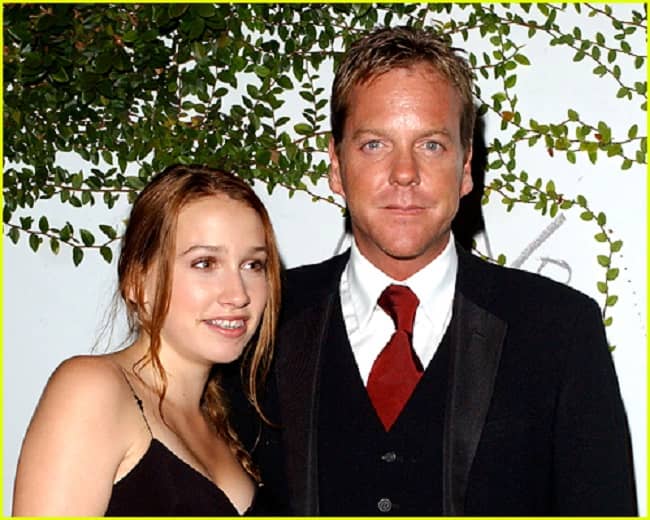 Likewise, she is the daughter of British-Canadian actor Kiefer Sutherland (father) and Camelia Kath (mother). When she was just 2 years old, her parent divorced in 1990.

Talking about her educational career, she joined the ‘Crossroads Drama Conservatory,’ in Los Angeles, during her teens. She received an award for dramatic excellence in the conservatory.  Then, Sarah decided to pursue theater at the Tisch School of the Arts at New York University. She received training in speech and vocal modulation, which helped her later in her profession.

While studying at “Tisch,” she was exposed to a variety of acting techniques, such as Meisner and Grotowski. She also took part in several stage productions, such as “Trojan Women,” where she played “Cassandra.” In her final semester at NYU, she wrote and starred in a one-woman play called “The Skin of a Grape.” She graduated with honors and was given an award for her accomplishments.

Sarah was still a student at ‘Tisch School of the Arts,’ when she met Allison Jones, the casting director of ‘Veep.’ She has no prior experience with humor aside from learning a traditional style of Clown Theater at school. As a result, she had little chance of earning a position on ‘Veep.’

She was, however, called and encouraged to audition, and to her surprise, she landed a major character in ‘Veep,’ which eventually became one of her most praised performances. In 2011, she conducted a test-read for ‘Veep,’ alongside the show’s protagonist, Julia Louis-Dreyfus.

Sarah Sutherland began her acting career in 2012’s HBO television series, ‘Veep’ in the role of Catherine Meyer. Likewise, in the next year, she made her film debut with the 2013 indie drama film ‘Beneath the Harvest Sky’ as she portrayed the role of Emma. She did the movie, while she was still filming for ‘Veep.’

She had an appearance as “Jen Dunham” in the horror film “Innocence” the same year, and in 2014, she played “Mary” in the HBO political drama “The Newsroom.” She portrayed Nadia Wilson in the 2015 drama movie “Chronic.” In 2017, she appeared in Tim & Eric’s Bedtime Stories which is a television series.

Kiefer Sutherland started his acting career in a minor role in the 1983 comedy, Max Dugan Returns. Although his father also performed in the film, Kiefer did not share any scenes with him. In the 1984 Canadian movie, The Bad Boy, he played the lead for the first time. He appeared in Stand by Me, his first American movie, in 1986.

In the 1987 horror-comedy The Lost Boys, directed by Joel Schumacher, he made his screen debut. He and the director collaborated on several further movies after the success. He co-starred in the 1990 sci-fi thriller Flatliners starring Julia Roberts, Kevin Bacon, William Baldwin, and Oliver Platt as one of five medical students researching life after death.

In 1992, he appeared in the psychological thriller Twin Peaks: Fire Walk with Me, and he played Lieutenant Jonathan James Kendrick in the Oscar-nominated movie, A Few Good Men. In 1993, he co-starred in The Vanishing, an unconvincing adaptation of a Franco-Dutch thriller, and The Three Musketeers, which garnered mixed reviews but performed well commercially.

He portrayed serial killer Robert Doob in the 1996 crime drama, Eye for an Eye.  Dark City, a 1998 science fiction movie featuring the actor Rufus Sewell, Jennifer Connelly, and William Hurt, is now regarded as a cult classic. At film festivals all around the world, the movie won several awards.

In 1996, ‘A Time to Kill,’ directed by Joel Schumacher, Kiefer played a minor part. He plays Counter Terrorist Unit (CTU) agent Jack Bauer in the TV series “24,” which launched in 2001 and has already run for eight seasons and 192 episodes.

Despite only being onscreen for three minutes, the actor received second billing after Colin Farrell in Joel Schumacher’s suspenseful 2003 film, Phone Booth. He co-starred with Michael Douglas in the suspense film, The Sentinel (2006).

In 2012, he plays a former reporter in the supernatural drama series, ‘Touch,’ who gets to know that his sensitive special needs son has a talent for predicting the future. Fox aired 12 episodes of 24: Live Another Day between May and July 2014. 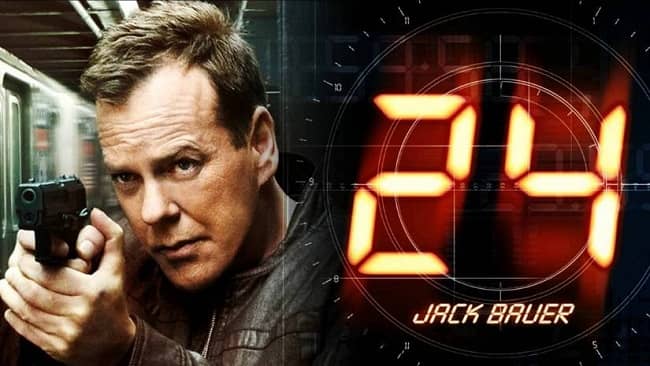 It was revealed in 2015 that he had been chosen to play Tom Kirkman, the President of the United States, in the title role of the former ABC political thriller series, Designated Survivor. Netflix offered the series a third season, which premiered on June 7, 2019.

In 2018, she won the Screen Actors Guild Awards for Outstanding Performance by an Ensemble in a Comedy Series. Moreover, she was nominated for the same award in the same category in 2016, and 2017.

As an actress and a celebrity kid, she has earned a decent sum of money. Moreover, Sarah’s net worth estimates at around $2 million. Likewise, her father, Kiefer as an actor has a net worth of $100  million as of 2022.

At the moment, this actress is single and unmarried. But in past, she was in a relationship with actor Sam Michael Fox from 2006 to 2009. However, there is no information regarding her current relationship and is secretive when it came to her personal life

This actress stands 5 feet 4 inches tall and her weight is unknown. Moreover, she has hazel eyes with blonde hair color and there is no other information regarding her body stats.