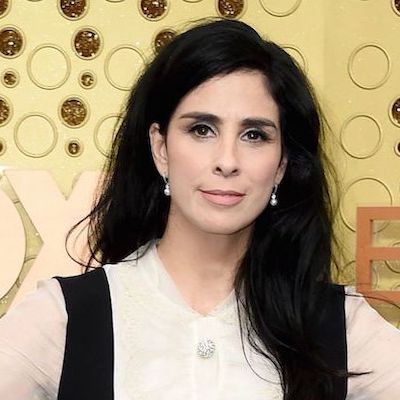 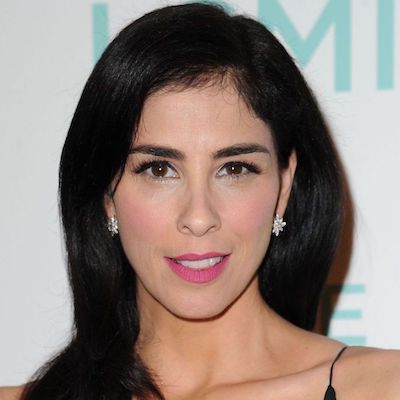 Sarah Silverman is an American Actress, Stand-up Comedian, Singer, Writer, and producer who is famous for her comedy on controversial topics, politics, racism, and other social taboos. Sarah Silverman has worked on many movies, Tv series, and music videos throughout her career. Some of her famous films are The Bachelor, Screwed, School of Rock, Funny People, The Book of Henry, etc.

Sarah Silverman an American Actress, Comedian, Singer, Writer, and Producer (49 years) was born on December 1, 1970, in Bedford, New Hampshire, United States. Her other popular name is Sarah Kate Silverman. The name of her father is Donald Silverman, Her mother’s name is Beth Ann O’Hara. Silverman’s parents divorced and later remarried others. She is the youngest of five siblings.

Her sisters are Reform rabbi Susan Silverman, writer Jodyne Speyer, and actress Laura Silverman and her brother Jeffrey Michael died when he was three months old. She belongs to Ashkenazi Jewish ethnicity and follows the Jewish religion. Her birth sign is Sagittarius. She grew up in Manchester, New Hampshire.

Moreover, Sarah Silverman became a vegetarian at the age of ten. She is also open about her lifelong battle with clinical depression, which at one point led to her developing an addiction to Xanax. She credited her subsequent emotional health to taking the prescription drug Zoloft.

Additionally, she struggled with bedwetting from the time she was young until well into her teens and stated in a 2007 interview that she had wet the bed recently. Moreover, in July 2016, Silverman spent a week in the intensive care unit at Cedars Sinai Hospital with epiglottitis. 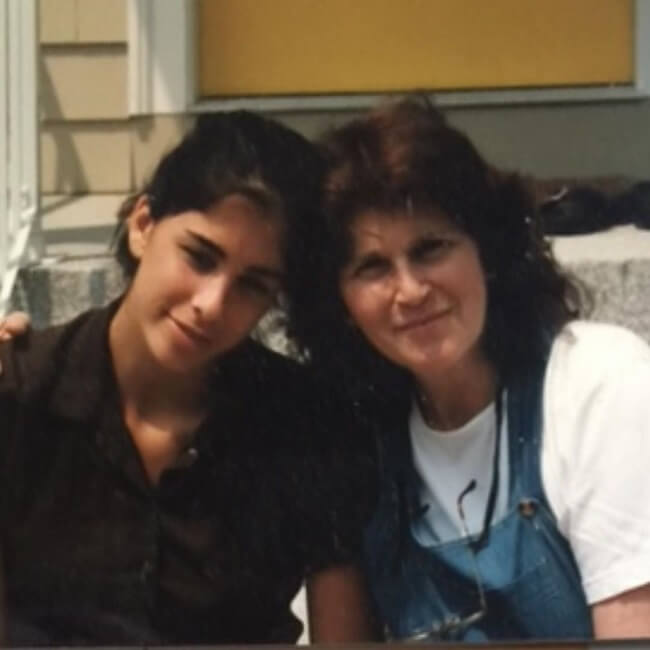 Sarah is a multi-talented star with acting, singing, and producing skills. She has numerous amount of movies played in her career. Here are some of the highlights of her career.

Sarah has worked on a different album. Her album includes Jesus is Magic in 2006, In 2010 she released her second album Songs of The Sarah Silverman Program: From Our Rears To Your Ears!, Her another album We Are Miracles was released on 2014, A Speck of Dust released in 2017.

In 2015, Sarah signed an open letter which the ONE Campaign had been collecting signatures for. The letter  addressed to Angela Merkel and Nkosazana Dlamini-Zuma, urging them to focus on women, as they serve as the head of the G7 in Germany and the AU in Ethiopia, respectively. Those events would start to set the priorities in development funding before the main UN summit in September 2015 that establishes new development goals for the generation.

She had previously introduced Sanders at a rally in Los Angeles, California that drew an audience of over 27,500 people. She initially supported Sanders and, following the Democratic nomination, later spoke in support of Hillary Clinton at the 2016 Democratic National Convention.

“Can I just say? To the ‘Bernie or Bust’ people, you’re being ridiculous”

The Washington Post and Politico called this one of the most memorable moments of the night and The New York Times called her speech “the perfect breath of fresh air”. Michael Grunwald of Politico coined the term “Silverman Democrats” for Sanders supporters who followed Silverman’s advice to support Clinton in the presidential election.

In addition to discussing her regular use of marijuana on Conan and at the 66th Primetime Emmy Awards, Sarah Silverman has been vocally against racial bias and unfair arrests from marijuana possession. She supports social justice programs to find work opportunities for non-violent offenders and was a primary investor in Lowell Herb Co. that aims to end marijuana prohibition in the United States. 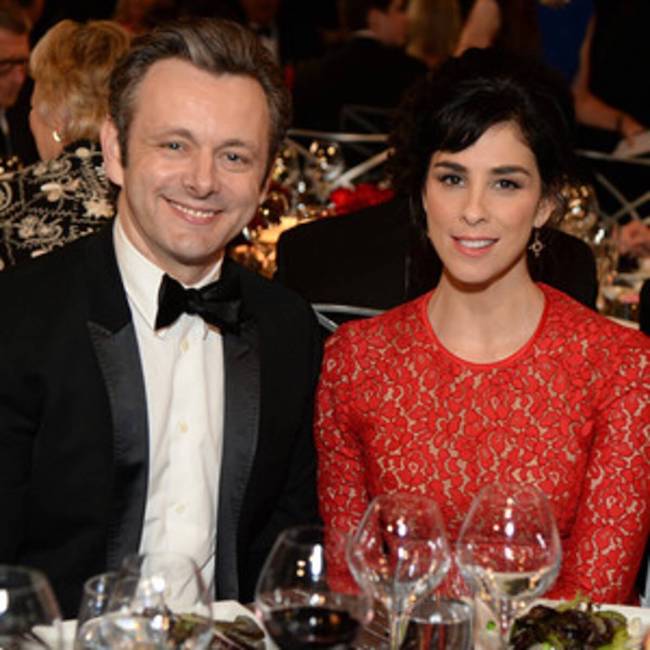 Silverman dated comedian and fellow SNL writer Dave Attell. She then began dating Jimmy Kimmel in 2002. She referred to the relationship in some of her comedy, joking:

“I’m Jewish, but I wear this Saint Christopher medal sometimes; my boyfriend is Catholic – but you know … it was cute the way he gave it to me. He said if it doesn’t burn a hole through my skin, it will protect me.”

Similarly, in July 2008, Vanity Fair reported that the couple had split. However, in October 2008, the media reported they were on “the road back to being together”. Moreover, the couple attended the wedding of Howard Stern and Beth Ostrosky but split again in March 2009.

Additionally, at the Emmy Awards in August 2014, Silverman acknowledged she and Welsh actor Michael Sheen were in a relationship. However, Sarah Silverman said in February 2018 that the two had broken up over the holidays. As per whosdatedwho, here’s a list of guys Sarah has been romantically linked to:

Multi-talented has an estimated net worth of around $12 million. She earns a lot of money from movies, Tv Shows and other entertainment industries. 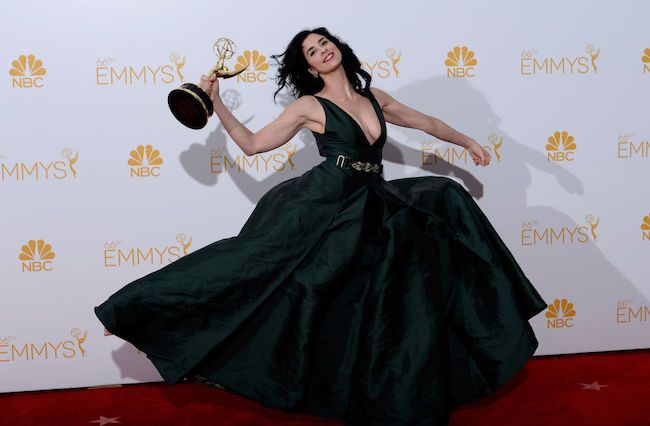 The multi-talented actress has won three awards and nominated 18 times throughout her career. Then in 2008, she won Outstanding Original Music and Lyrics on 60th Primetime Emmy Awards. Her other award came in Outstanding Writing for a Variety Special in 2014 and Outstanding Performance in Seymour Cassel Awards in 2015.

She got fired from movies because she made a blackface sketch in her show spoke in The Bill Simmons Podcast. Furthermore, a minor controversy arose over Silverman’s performance in the documentary film The Aristocrats (2005). The film shows her doing the Aristocrats joke, a sample of transgressive art told by numerous comedians since the vaudeville era, like it was an autobiographical account of her life as a child sex performer.

As part of the routine, she mentioned that Joe Franklin, a long-time New York radio and TV personality, would ask her to perform privately for him in his apartment, and as the punchline, deadpanned that “Joe Franklin raped me.” After the film release, Franklin took offense at her using his name in the routine and considered suing her. A month later, The New York Times noted he remained undecided but had said, “The best thing I could do is get Sarah better writers so she’d have funnier material.”

There is one more controversy involving Sarah Silverman, and that is Media Action Network for Asian Americans incident. In a July 2001 interview on NBC’s Late Night with Conan O’Brien, Sarah used the ethnic slur “chink” in explaining that a friend advised her to avoid jury duty by writing a racial slur on the selection form, “something inappropriate, like ‘I hate chinks.'”

Sarah Silverman said she decided that she did not want to be thought of as a racist, so “I wrote ‘I love chinks’ – and who doesn’t?” Sarah said the joke satirizes the racist thought process. Guy Aoki of the Media Action Network for Asian Americans (MANAA) objected to her use of the slur. Following this, NBC and O’Brien apologized, but Silverman did not.

Later, appearing on Politically Incorrect in July and August 2001, Sarah Silverman questioned Aoki’s sincerity, accusing him of exploiting the opportunity for publicity. In a later episode, Aoki and Silverman appeared together in the show. There, Aoki stated he did not accept Silverman’s explanation.

He said that it was not successful satire and that comedians should consult groups such as his before performing such material. Moreover, Sarah stated in an NPR Fresh Air interview that she asked to repeat the joke on Politically Incorrect, among other places, but eventually dropped it from her act because she felt it was becoming stale. Sarah Silverman has since turned the complaint into grist for her standup act, saying that the experience helped teach her the important lesson that racism is bad: “And I mean bad, like in that black way.”