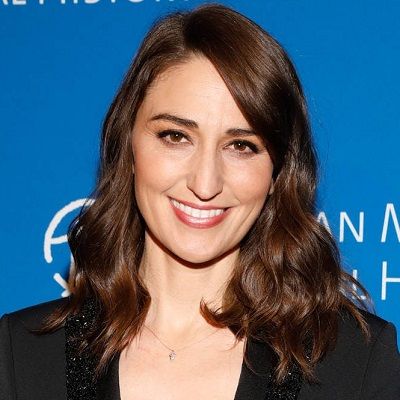 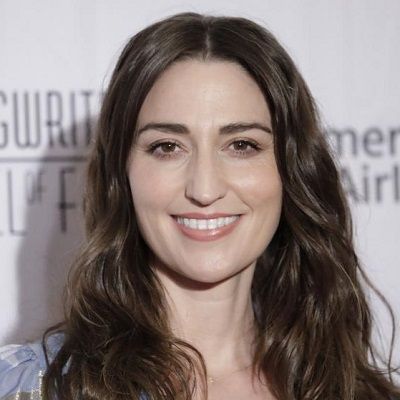 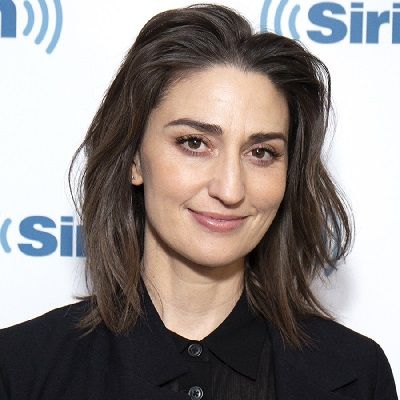 Sara Bareilles is an American singer, songwriter, actress, pianist, and also guitarist. Sara Bareilles is also the Broadway composer for “Waitress”. Her popular songs include “Love Song” and “King of Anything” among many others.

On Thursday (2 April 2020), Sara Bareilles shared through her Instagram that during the then-past few weeks of social distancing, she had COVID-19 and is now fully recovered. On the Instagram story created during a walk, Sara continues:

“I am just thinking about all the people who are walking through this really tricky time and sending a lot of love. And just really grateful for every easy breath and every day that I get to be walking around.”

Sara Bareilles closed the London run of Waitress early on March 14 due to the coronavirus pandemic and she has since returned to the U.S. Her co-star, Gavin Creel told Rosie O’Donnell that he thought he had the virus during the March 22 benefit show. However, he chose to self-isolate and not use a test. He later added that a cast member of the show had also tested positive for the virus after multiple performers had felt sick. However, it was not Sara Bareilles.

As a result of the outbreak, the show the duo had been working on, Waitress, was canceled a week early and both of them returned home to New York City from London.

Later, Sara Bareilles clarified on Instagram that her case was very mild. She explained that she had a couple of rough days but was fine. And just so her followers didn’t believe her, Sara posted the “proof” with a video of her energetically dancing to September by Earth, Wind & Fire. She wrote:

Please enjoy how good my dancing has gotten with all this practice time. See how good? How emotional! How bendy! And how head-forward.

Sara Bareilles was born on 7 December 1979 and she is currently 42 years old. She is originally from Eureka, California and her full name is Sara Beth Bareilles. Her parents are Paul Bareilles and Bonnie Halvorsen (née Capellas). Her mother is a funeral home worker whereas her father is an insurance adjuster and logger.

Talking about her siblings, she is the youngest of the three girls. Her biological sisters are Stacey and Jennifer. They also have a half-sister named Melody. Sara recalls, “I grew up a fat girl. I had to change schools at one point because the kids were so mean to me. I still often feel I just don’t want anyone to notice anything about me.”

Sara Bareilles is of Italian, English, German, Portuguese, and French descent. Her father is of French, Italian, and Swiss-Italian descent. Likewise, her mother is of three-quarter Portuguese ancestry, with the remainder of her mother’s roots being English and German.

Sara also speaks Italian and lived in Italy for a year. Likewise, she was raised Catholic. She also participated in the high school choir, Limited Edition, and local community theater musical productions. She also appeared as Audrey in her high school’s production of Little Shop of Horrors. 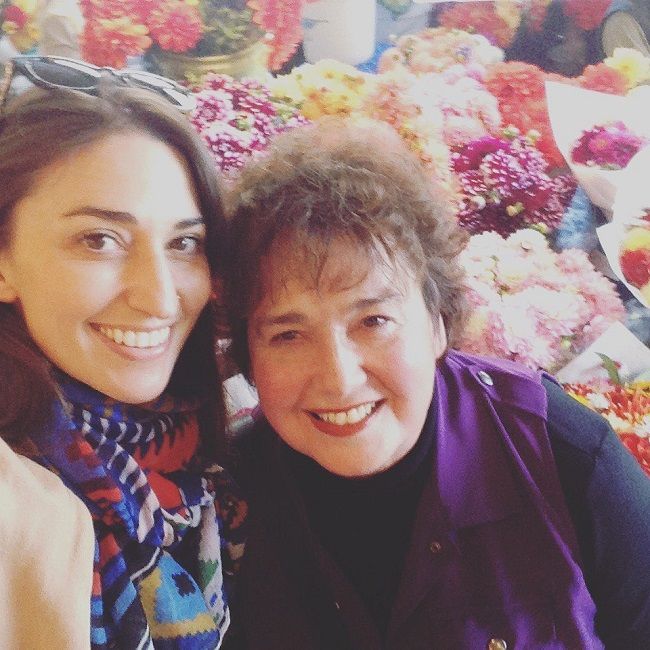 She graduated high school in 1998 and went on to study communication studies at the University of California, Los Angeles. There, she was a member of the co-ed a cappella group Awaken a Cappella. We can hear her on their album Dysfunktional Family. For the album, she sang her original selection Gravity and I Want You Back by The Jackson 5. The group’s rendition of her “Gravity” was featured on the Best of College a Cappella 2004 compilation CD.

Sara Bareilles and the band Maroon 5 have been acquainted since their younger days in California when the band was called Kara’s Flowers. Sara also performed in the annual student concert UCLA Spring Sin and won twice. She additionally taught herself to play the piano and all other instruments she has been seen playing.

After graduating from the university in 2001, Sara remained in southern California and set out to pursue her dream of making it as a musician. Over three years, Sara worked the club scene, performing at open-mic nights, landing a few paid gigs, and eventually performing at festivals.

Sara Bareilles is a singer-songwriter, pianist, guitarist, and actress. As a singer, her 2007 hit single Love Song reached no. 4 on the Billboard Hot 100 chart. In the third season of NBC’s The Sing-Off, she served as a celebrity judge alongside Ben Folds and Shawn Stockman 2011. She replaced Nicole Scherzinger of the Pussycat Dolls in the show and left before the show’s fourth season.

Likewise, during an appearance in Ann Arbor Michigan on 23 February 2008, Sara stated that she would like to do a voice in a Disney movie. Sara also mentioned that she often doesn’t get paid when she plays at universities because of her excessive swearing. She shared during her interim talking on her “Live from So Ho” EP. Sara is very good friends with Ingrid Michaelson.

Moreover, 2018 was a big year for Sara as she co-hosted the Tony Awards, received nominations for an Emmy for her role in Jesus Christ Superstar Live in Concert, and also received the award for the Songwriters Hall of Fame’s Hal David Starlight Award. 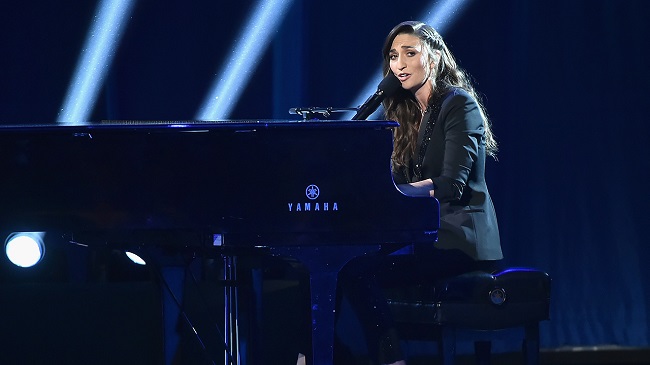 In the year 2003, Sara Bareilles recorded her first demo Careful Confessions. It eventually got the attention of Epic Records which signed her to a deal. The company set out to revamp the songs on her debut demo as well as incorporate newer material for her first album Little Voice released in 2007. Ironically, one of the songs on this album was the hit single “Love Song.” It is a tune that the singer’s frustrations with Epic and the record-making process sparked. Moreover, the single reached #1 in 22 countries around the world.

After two intense years of touring and the release of a concert album Between the Lines: Sara Bareilles Live at the Fillmore in 2008, Sara Bareilles rewarded her fans in 2010. This was with her second major-label effort, Kaleidoscope Heart. It features the lead single “King of Anything.” Like her debut, the album was met with critical success, and this particular song went on to garner a Grammy nomination for Best Female Pop Vocal Performance.

Sara Bareilles went on to release an EP called Once Upon Another Time. This featured the lead single “Stay” and she released the album in the spring of 2012. Sara followed that effort with 2013’s The Blessed Unrest, with “Brave” being the album’s first released single.

In the spring of 2016, Sara Bareilles added another accomplishment to her roster of feats. That is of a Broadway composer. Sara wrote the music and lyrics to the musical Waitress. This show is based on the 2007 movie of the same name which starred Keri Russell and film director/screenwriter Adrienne Shelly.

A little more than a week after the show’s Broadway opening in late April, Sara Bareilles earned the first Tony nod of her career for Best Original Score. Sara has also released a 2015 companion album What’s Inside: Songs From Waitress. Then in 2018, she played Mary Magdalene in NBC’s adaptation of Jesus Christ Superstar Live in Concert.

Sara Bareilles is popular for her strong mezzo-soprano vocal range. People often compare her to artists like Regina Spektor, Fiona Apple, and Billy Joel. It is due to her vocal ability and incorporation of piano into her music. Moreover, Sara has described her sound as “piano-based pop-soul”. She finds inspiration from singers like Etta James and Sam Cooke.

Band members: Sara and the band

Sara Bareilles’s first band consisted of the following members besides herself:

Her band consists of the following personnel besides herself: 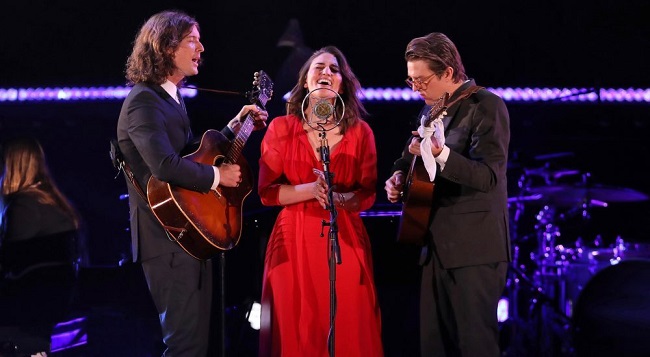 Then in April 2018, she received acclaim for her portrayal of Mary Magdalene in NBC’s live television concert adaptation of Andrew Lloyd Webber and Tim Rice’s rock opera Jesus Christ Superstar. For this, Sara was nominated for the 2018 “Primetime Emmy Award” for Outstanding Supporting Actress in a Limited Series or Movie.

Likewise, Sara Bareilles has sold over one million albums and over nine million singles and downloads in the United States. She has also earned eight Grammy Award nominations. This includes one Album of the Year nomination for The Blessed Unrest in 2013.

She later won Grammy’s for the song “Saint Honesty” from the album Amidst the Chaos in 2019, in the Best American Roots Performance category. Then in February 2012, VH1 placed her in the 80th spot of the Top 100 Greatest Women in Music. Likewise, Sara’s memoir, Sounds Like Me: My Life (So Far) in Song, was published in 2015. The New York Times also listed this memoir as a bestseller.

The singer-songwriter has a net worth estimation of approximately $16 million. She earns through her music and other involvements.

Sara Bareilles met her present lover Joe Tippett in August 2015. It was during the out-of-town tryout for Waitress at the American Repertory Theater in Cambridge, Massachusetts. The lovers made their first public red carpet appearance at the 2017 Tony Awards. Before Joe, Sara was in a relationship with former band member and guitarist Javier Dunn until 2013. 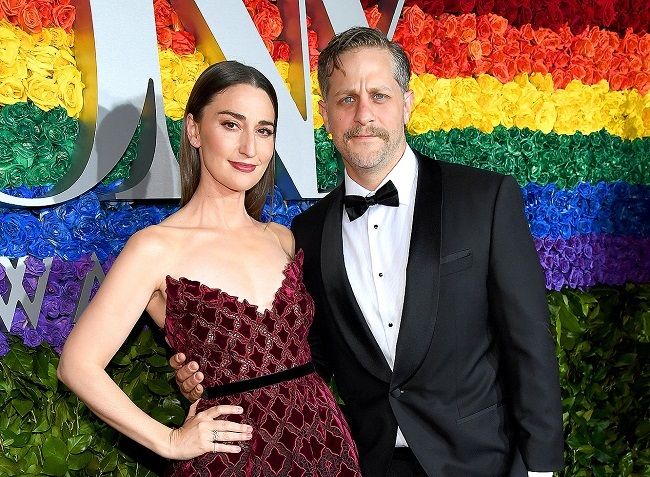 Sara Bareilles stands at a height of 5 feet 5 inches and weighs 49 kgs. Likewise, her chest-waist-hip measures are 33-24-34 inches. Sara has brown eyes and hair of the same color.

Talking about her social media visibility, Sara joined Twitter in May 2007 and so far has 2.9 million followers. Similarly, her official Facebook page has over 1.5 million followers and her Instagram handle boasts 2,160 post shares and 699k followers. As a singer, Sara also has a Youtube channel with 461,541,697 views and 901K subscribers.