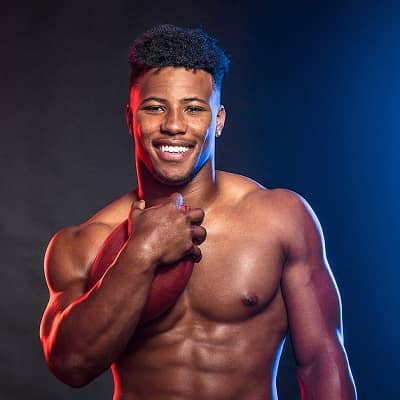 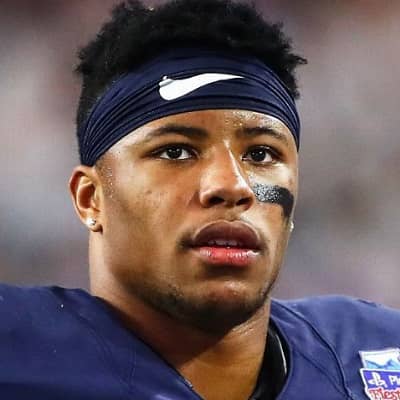 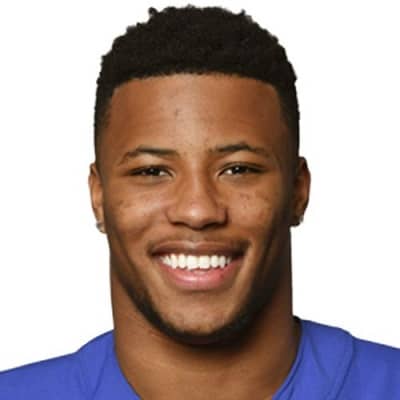 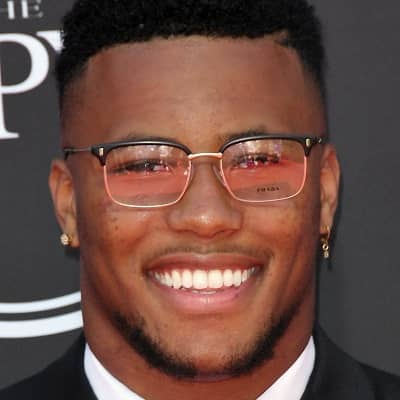 Saquon Barkley was born on 9 February 1997 and he is currently 25 years old. He is originally from Bronx, New York, and his zodiac sign is Aquarius.

Moreover, his mother is Tonya Johnson. He has a total of four siblings namely Ali (Alibay Jr.), Aliyah, Shaquona, and Rashard. Talking about his educational journey, Barkley attended Whitehall High School. At this institution, this personality was rated as a 4-star recruit. He committed to Penn State to play collegiate football. However, he had originally committed to Rutgers before changing to Penn State. 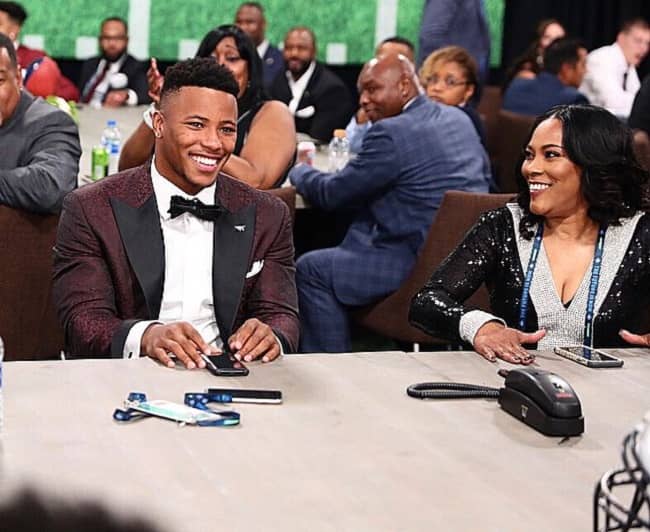 Caption: Saquon Barkley in a photo with his mother at an event. Source: Instagram

Professionally, Saquon Barkley is an American football running back. As such, he plays for the National Football League (NFL) team New York Giants. Previously, Barkley played college football at Penn State for 3 seasons.

Moreover, this player has received multiple national and Big Ten Conference awards and recognition. During his 3-year collegiate career, Barkley broke and set numerous Penn State records. Some of these records are most rushing touchdowns in a career, most rushing yards by a freshman, and most total yards in a single game.

In 2018, the Giants selected this player in the 2nd overall at the NFL Draft. As a rookie, this personality set numerous league and franchise records en route to a 1,300+ yard rushing season. As such, Barkley was named the “NFL Offensive Rookie of the Year”. Additionally, this player also earned a Pro Bowl nod.

Sadly, Barkley was plagued by injuries during the next two years. He missed the majority of the 2020 season due to an ACL tear in Week 2 against the Chicago Bears. 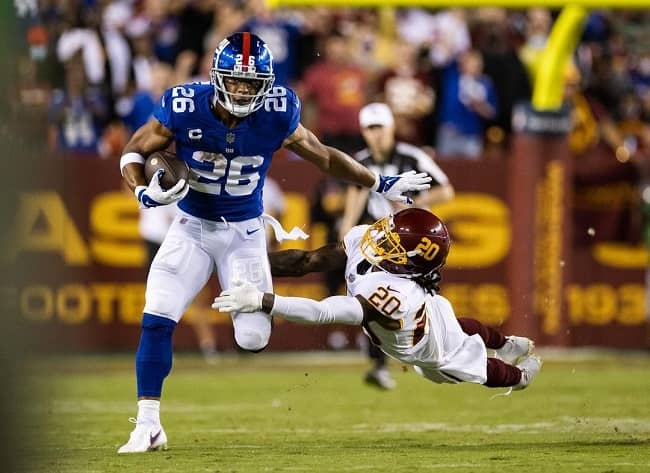 Caption: Saquon Barkley in a photo during one of his games. Source: Instagram

Saquon Barkley’s relationship status is a mystery at present. However, until very recently, he was in a romantic relationship with Anna Congdon (@annacongdon). With Anna, Barkley has a daughter named Jada Clare Barkley. The couple welcomed their daughter on 24 April 2018.

Moreover, Anna shared a photo featuring Barkley for the last time on 10 February 2020. Since then, there have not been any photos featuring each other on the two’s personal Instagram profiles. On the other hand, both Barkley and Anna and not been very active on social media lately. Anna’s last Instagram post was in mid-September 2021 and Barkley’s last Instagram post dates back to 20 December 2021. Due to the two being inactive on social media, it is unclear whether the two are still romantically together or not. 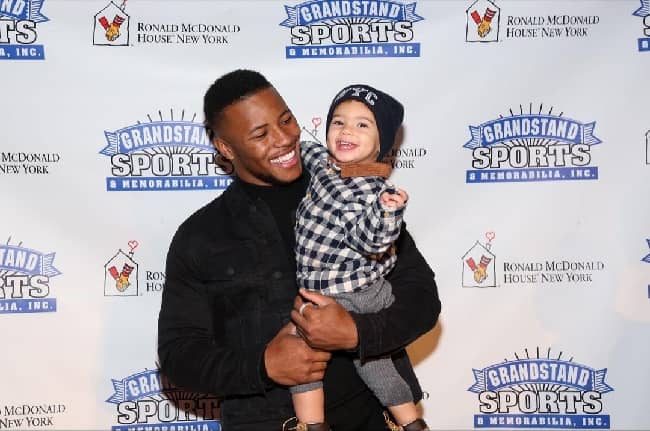 Saquon Barkley stands tall at an approximate height of 6 feet or 1.83 meters and his weight is around 232 lbs or 105 kgs. Also, this American footballer has dark brown eyes and curly hair of the same color. Besides these, the American football running back’s other body measurements like his chest-waist-hip measures, dress size, shoe size, biceps, etc. are still under review.

Talking about his social media presence, Saquon Barkley joined Twitter in October 2013 and so far has more than 471K followers on his @saquon account. Similarly, he has over 2.2 million followers on his @saquon Instagram account. Besides these, this American footballer doesn’t have a personal or professional profile on other platforms like Youtube, Facebook, Twitch, Tiktok, etc. Moving on, this young American footballer has a net worth of around $32 million US dollars.