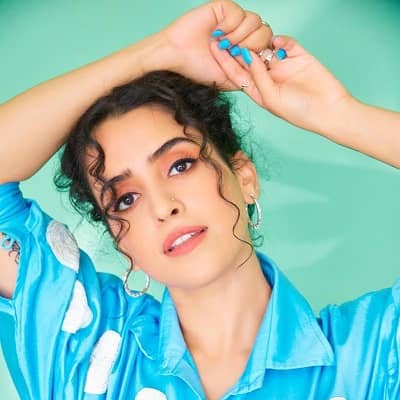 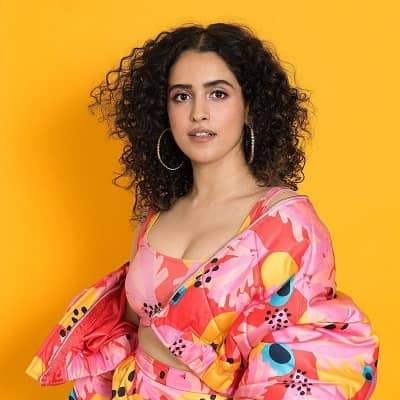 Sanya Malhotra is an Indian movie actress who plays in Bollywood movies. Moreover, Sanya Malhotra did her debut in Bollywood from the biographical sports movie ‘Dangal’. Likewise, she is also a trained dancer who dances contemporary and ballet.

Sanya Malhotra was born on 25th February 1992 and is currently 29 years old. Being born in late February, her zodiac sign is Pisces. Likewise, Sanya was born in New Delhi, India, and holds Indian citizenship. Similarly, talking about her ethnicity and religion, she belongs to an Indian ethnic group and follows Hinduism. She was born to a middle-class Punjabi Khatri family. Likewise, talking about her family members, Sanya was born to Sunil Malhotra and Renu Malhotra. Her parents Sunil Malhotra is an engineer by profession and her mother is a homemaker.

Similarly, Sanya has one sister who is elder than her and her name is Shagun Malhotra. Likewise, talking about her childhood, she was suffering from stammering problems as a child. However, as time passed by, she gradually overcomes this issue. Furthermore, talking about her educational background, she did her early education at Ryan International School in Mayur Vihar, New Delhi. Likewise, she went to Gargi College, University of Delhi, New Delhi.

After graduating from college, as Sanya was keen on dancing, she started her career in dancing. Likewise, as she was also a trained ballet dancer, she started her journey in her dance career. Moreover, in the year 2013, Sanya reached Mumbai to participate in ‘Dance India Dance’ which is a dance reality show on Zee TV. However, unfortunately, her wish to start her dance career shattered as she could not land beyond the top 100. 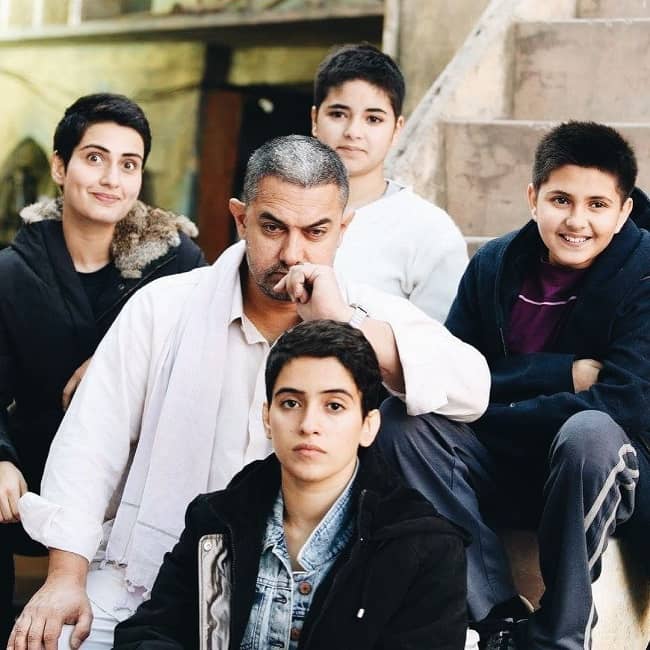 Caption: Sanya with her team of Dangal. Source: Instagram

Followed by the rejection, she, however, stayed in Mumbai to try her luck in acting and did various commercials during her initial days. Moreover, she got the biggest break from her debut movie ‘Dangal’. This is a Bollywood biographical sports drama movie starring Aamir Khan in which she played the role of Babita Kumari. Followed by this, she worked as a choreographer for the song ‘Sexy Baliye’ of the movie Secret Superstar. Later she played in movies including ‘Pataakha’, ‘Badhaai Ho’, ‘Photograph’, and ‘Shakuntala Devi’. Likewise, Sanya also played in the Netflix films ‘Ludo’ and ‘Pagglait’.

Moreover, this versatile personality has made an impressive journey in Bollywood in a very short period of time. Likewise, she has been nominated for various prestigious awards for her role in movies including Dangal, Pataakha, Photograph, and Ludo. Moreover, she won the Jackie Chan Action Movie Awards in the category ‘Best New Action Performer’ for her role in the movie ‘Dangal’.

Talking about her net worth and earning, Sanya is an actress by profession. Likewise, her primary source of income is from her acting career. Similarly, she has made a net worth of around $1 million. However, there is no information about her asset values available in the media.

This gorgeous personality stands 5 feet 2 inches (62 inches) and weighs around 50 kg (110 lbs). Likewise, she has a healthy body type with a body measurement of around 32-26-32 inches. Similarly, talking about her physical appearance, she has fair skin with beautiful pair of black eyes and curly black hair color. Additionally, she also has a tattoo on her left arm. 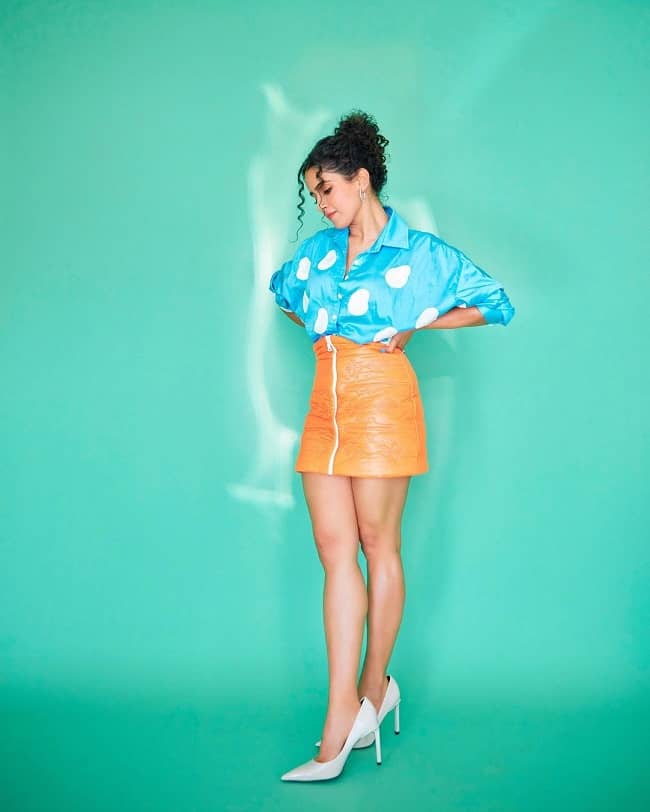