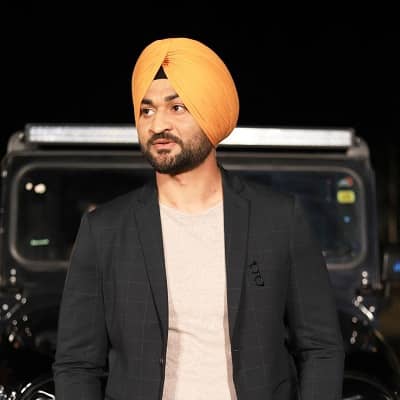 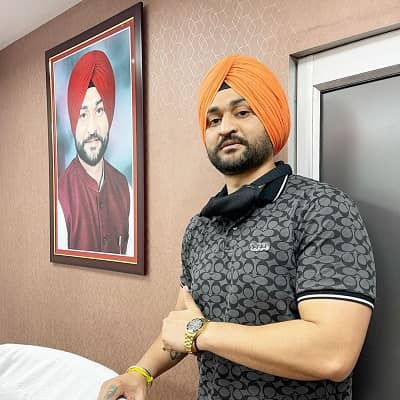 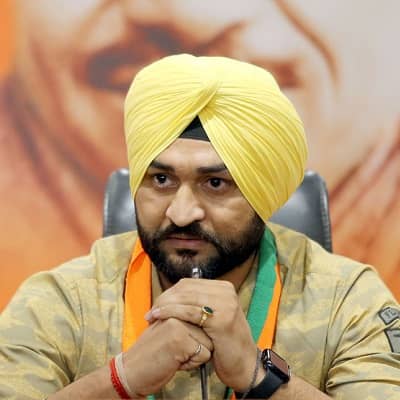 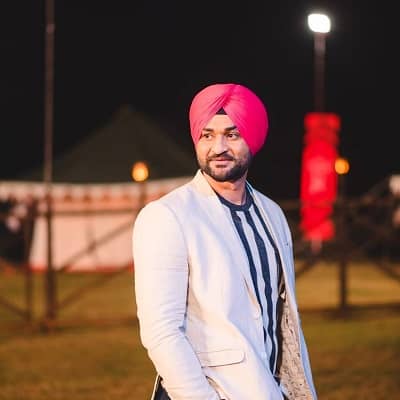 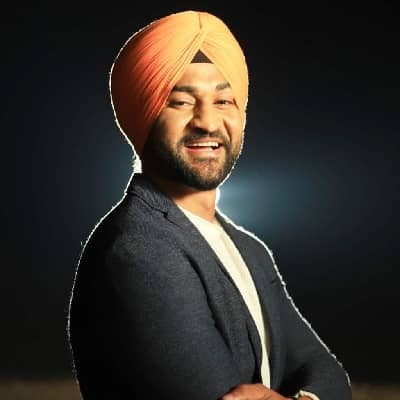 On February 27, 1986, Sandeep Singh was born in Sahabad Markanda, a town in Kurukshetra, Harayana, India. As of now, he is 35 years old and his zodiac sign is Pisces also looks very young. He was born to his father Gurcharan Singh Bhindar and his mother Daljit Kaur Binar. Thus, he also has a sibling named Bikramjeet Singh who also plays hockey for Indian Oli. He went to Khalsa College in Patiala. Later, he went to Kurukshetra University and received his B.A. degree. 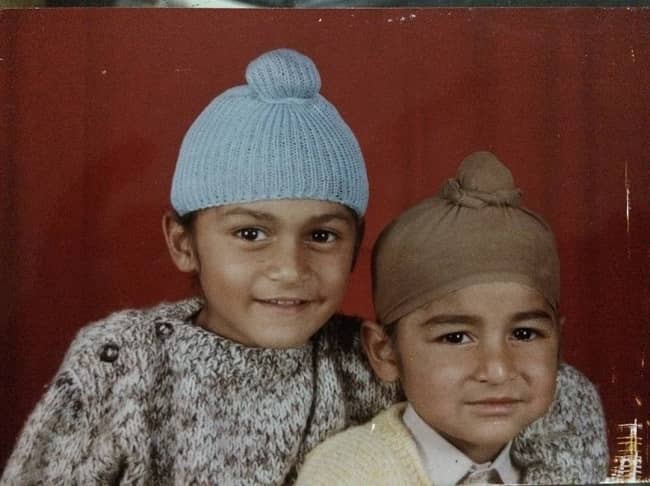 In January 2004, Sandeep Singh made his international debut during the Sultan Azlan Shah Cup in Kuala Lumpur. In the same year, in Greece, he made his Olympic debut in the Summer Olympics held in Athens. Later, he scored 16 goals at the Junior Asia Cup Hockey held in Pakistan. Additionally, he was also mentioned as the top scorer for the tournament. In 2004, in Lahore and Chennai, he played at the Champions Trophy. In September-October 2005, he scored 3 goals during the Indo-Pak Hockey Series. 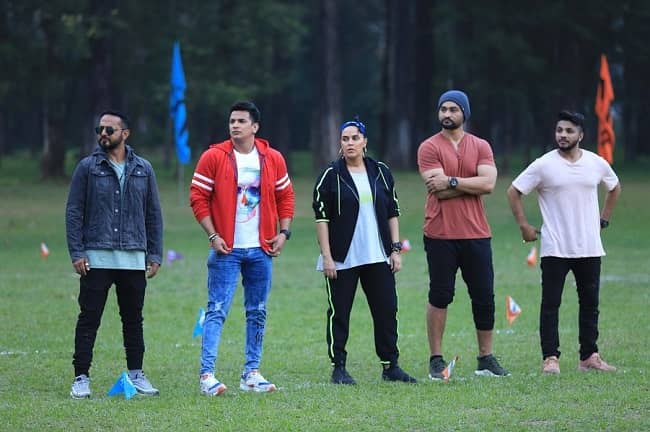 Caption; Sandeep Singh in Roadies journey with his co-mentors. Source(Instagram)

Moreover, in the 2006 Commonwealth Games, he was part of the Indian hockey team. In June 2006, at the Sultan Azlan Shah Cup in Kuala Lumpur, he scored 3 goals. When he was in the World Cup in Germany, he was hit by an accidental gunshot. The incident took place at the Shatabadi Express on August 22, 2006. Accidentally, the pistol of a Railway Protection Force officer went off. Thus, the bullet went through 3 of his vital organs. And, the lower part of his body was immediately paralyzed.
To recover from the injury, it took him nearly 2 years to recover and left him wheelchair-bound. Eventually, he made a successful comeback to the national team. In the 2008 Sultan Azlan Shah Cup tournament, he won the Top Goal Scorer award. In January 2009, he was named the captain of the national team. Similarly, he led the team to win the Sultan Azlan Shah Cup. In 2012, for the Summer Olympics in London, he helped India qualify.

Then, during the Olympics qualifier tournament, he scored a total of 16 goals. In 2014, he was out of the national team. And, in early 2017, as he was already aged, he expressed his willingness to take up coaching. In 2013, he became the 5th highest-paid marquee player, as the Hockey India League was launched. Later, in the tournament, he became the top scorer for the event and proved himself. In 2014, he was signed by the English field hockey club, Havant Hockey Club. The contract forced him to relocate to the UK.
He was Havant’s top scorer and the 3rd scorer overall, during the 2014-15 league season of Premier Division 1. Similarly, he was bought by Punjab Warriors for the 2nd season, in 2014 and he stayed with the team for two seasons. Similarly, he was bought by Ranchi Rays for USD 81,000,  in September 2015.  In the 2016 edition of the tournament, he made his appearance for the team. Unfortunately, he couldn’t sustain a back injury that crashed his HIL dreams.
Later on, he was elected from Pehowa Constituency as a Member of the Legislative Assembly. It was from Bharatiya Janata Party during the 2019 Haryana Legislative Assembly election. Similarly, he was sworn in as Minister of Sports. Additionally, he also appeared as a mentor in Roadies: Real Heroes. The biography on his life was also made titled Soorma. In the film, the star cast was Diljit Dosanjh, Taapsee Pannu, and Angad Besi.

Sandeep Singh as being widely famous he has received a number of awards. In 2010, he was awarded Arjuna Award in field hockey. Later, in 2012, he was honored with Olympic Quaterfier Tournament Gold Medal. Similarly, in 2009, he was received Sultana Azlan Shah Cup for best player.

During Sandeep Singhenage, he was involved in a romantic relationship with junior hockey player Harjinder Kaur. Additionally, their both families had relocated from the same village in Pakistan a few decades back. So, they were close and accepted the relationship quickly. In August 2008, after years of courtship, they both were engaged. On his request after their marriage, his wife left her hockey dreams behind. Their marriage date is not revealed but, they were blessed with a son named Sehajdeep. 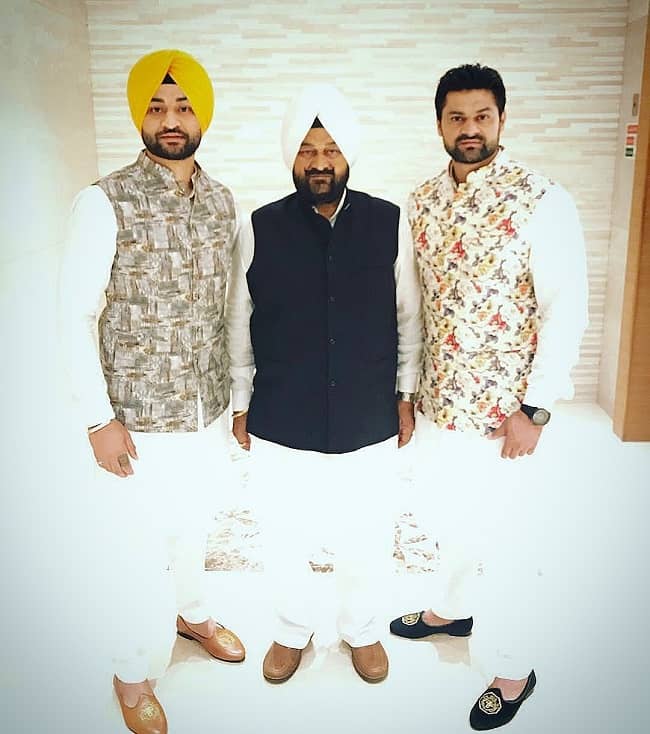 Sandeep Singh is good-looking and handsome. Also, he is very tall and has good physics and he stands 6 feet tall ( 184 cm/ 1.84 m). As being a player, he has maintained his physics and weighs about 75 kg ( 165 lbs). Besides, his body measurement, shoe size, dress size, etc are not yet given out yet. He has a fair skin tone, has black hair color, and black pairs of eyes. And, he has his Instagram account named @sandeep_rebirth with 316k followers. Also, he has a Facebook account with 168 million followers. And, in his Twitter account, he has gained 41.3k followers.