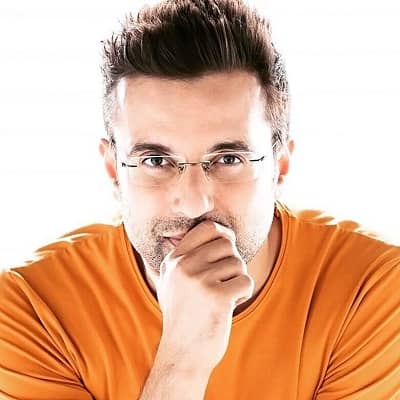 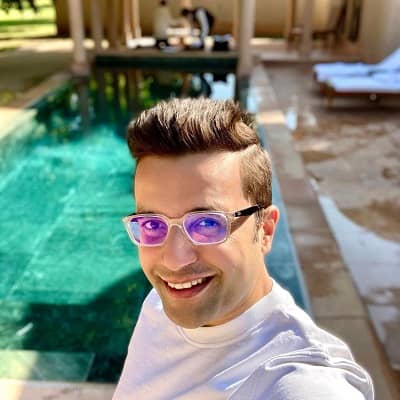 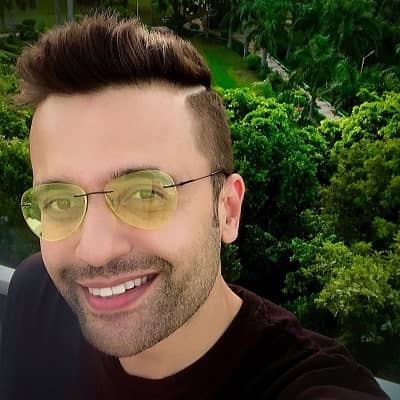 Sandeep Maheshwari was born on 28 September 1980 and he is currently 40 years old. Sandeep hails from New Delhi, India, and his zodiac sign is Libra. Talking about his educational journey, Sandeep graduated from Kirori Mal College that is affiliated with the University of Delhi. 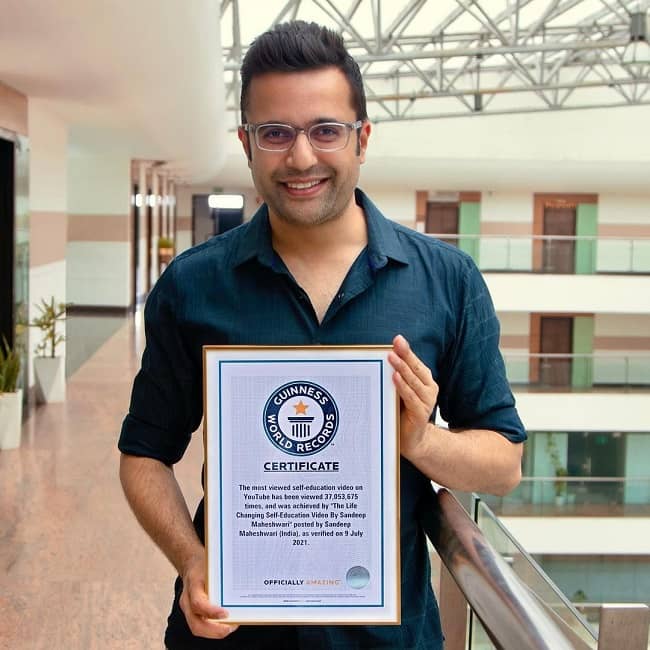 At the aforementioned college, Sandeep studied B.Com but dropped out in the final year. After this, Sandeep took a 2-week short course in photography. Talking about his family, Sandeep’s parents are father Roop Kishore Maheshwari and mother Shakuntala Rani Maheshwari. Sandeep has a sister whose name is unknown.

Prior to all his professional achievements as an entrepreneur, Sandeep started his career as a model at the young age of 19 years. However, as he faced exploitation and harassment in this field, Sandeep left this career. 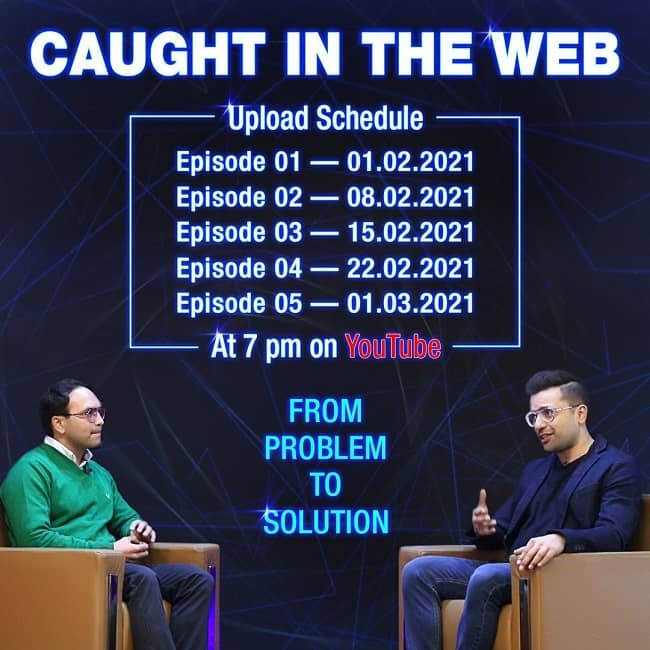 Subsequently, Sandeep started/founded the company Mash Audio Visuals Pvt. Ltd. with an aim to help countless models. Through this company, Sandeep helped models make their portfolios. Then in the year 2002, Sandeep started up another company. However, this company collapsed after only 6 months.

Further, in the year 2006, Sandeep launched ImagesBazaar. This is famous as the world’s largest collection of Indian images at present. This platform has more than a million images and over 7000 clients from over 45 countries. Before his success, Sandeep used to work as freelance photography who rented studios as he didn’t own one.

In the year 2003, Sandeep made a world record by taking over 10,000 shots of 122 models in 10 hours and 45 minutes. This achievement is recorded in the Limca Book of World Records. Moreover, Sandeep is also a guide, mentor, role model, youth icon for millions of people across the globe.

Talking about his success and milestones, Sandeep was awarded the “Creative Entrepreneur of the Year” in 2013 by Entrepreneur India Summit. Likewise, the Business World magazine named Sandeep as “One of India’s Most Promising Entrepreneurs” and the Global Youth Marketing Forum awarded Sandeep the “Star Youth Achiever Award”.

Furthermore, Sandeep received the “Young Creative Entrepreneur Award” from the British Council which is a division of the British High Commission. Similarly, the entrepreneur received the award “Pioneer of Tomorrow Award” from the ET Now TV channel. Besides these, Sandeep has appeared in almost all the leading magazines, newspapers, and TV channels including The Economic Times, India Today, CNBC-TV18, IBN7, ET Now, NewsX, etc. 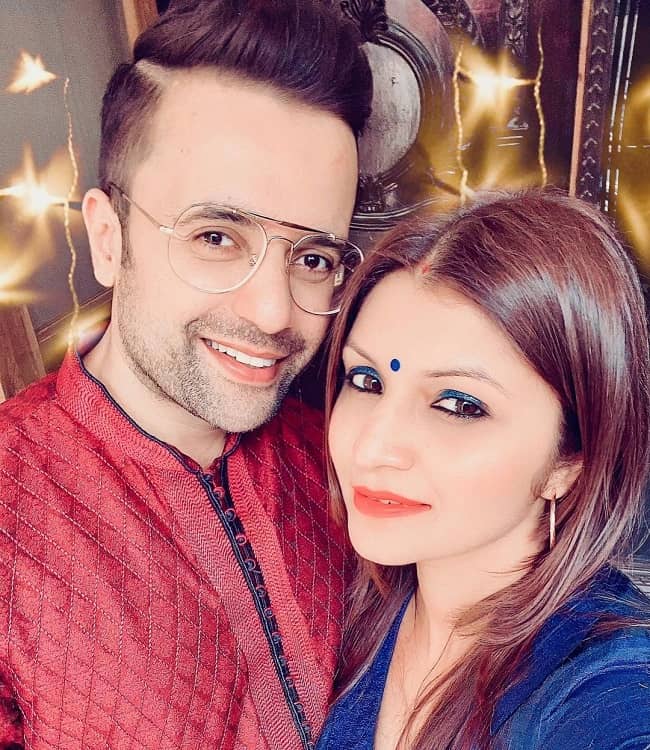 Caption: Sandeep Maheshwari posing for a photo with his wife. Source: Instagram

Sandeep Maheshwari is married to Ruchi Maheshwari. There is no information about when Sandeep and Ruchi tied the knot or where they met each other. Nevertheless, Sandeep shares two children with Ruchi. The couple has a daughter, whose name is unknown, and a son named Hriday Maheshwari.

Sandeep Maheshwari stands tall at an approximate height of 1.75 meters or 5 feet 9 inches and his weight is around 55 kgs or 121 lbs. Other than this, there is no information regarding Sandeep’s other body measurement details like his chest-waist-hip measures, dress size, shoe size, biceps, etc. Moreover, Sandeep has dark brown eyes and hair of the same color. 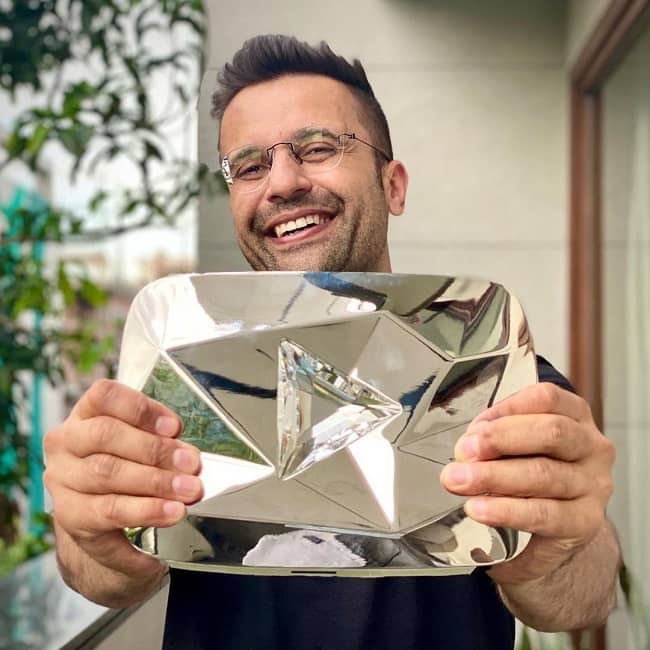 Caption: Sandeep Maheshwari posing for a photo with the Diamond Play Button that he received for his Youtube achievement in later August 2020. Source: Instagram

Talking about his social media presence, Sandeep Maheshwari joined Twitter in October 2013 and so far has over 227.6K followers on his @sandeepseminars account. Likewise, on his @sandeep__maheshwari Instagram account, the entrepreneur has earned more than 2.8 million followers.

Similarly, the entrepreneur has more than 16 million people following his journey on Facebook. He then created his “Sandeep Maheshwari” Youtube channel on February 13, 2012. So far, this channel has over 1.3 billion views and 20.5 million subscribers as of July 2021. Moving on, Sandeep Maheshwari has a net worth estimation of around $4 million US dollars.