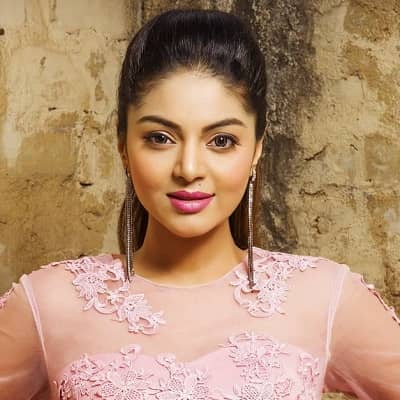 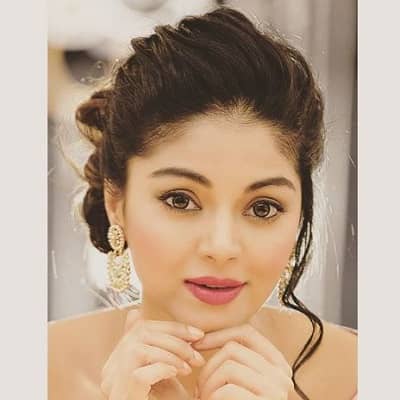 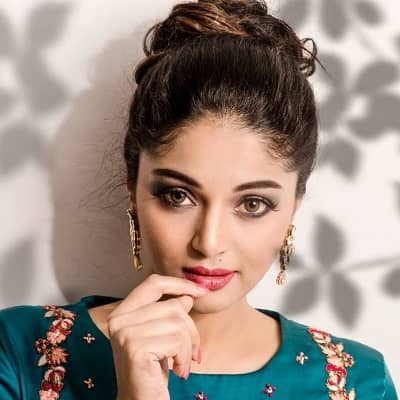 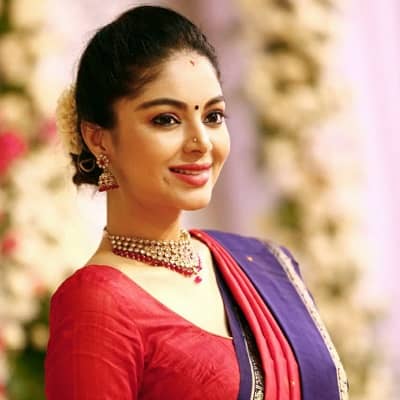 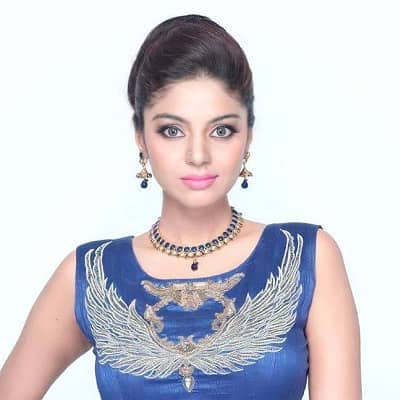 Sanam Shetty was born on November 12, 1985, and she is currently 35 years old. Sanam is a native of Bangalore, India, and her zodiac sign is Scorpio. Talking about her family, her mother is Krishna Shetty, who comes from a Telugu family. Likewise, her father is Prasad Shetty who comes from a Tulu family. 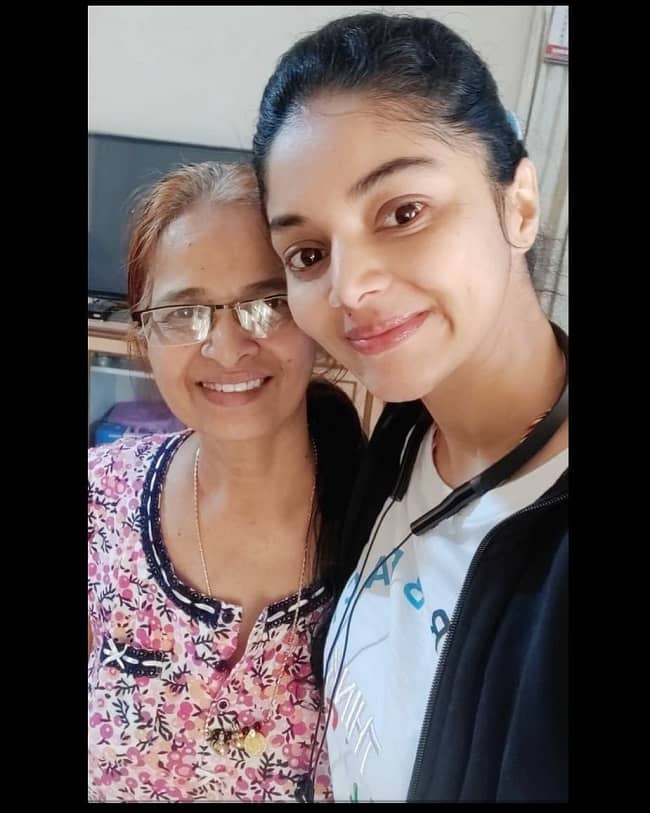 Caption: Sanam Shetty posing for a photo with her mother. Source: Instagram

Professionally, Sanam Shetty is a famous actress and model. She has worked mostly on Tamil, Telugu, and Malayalam films. The popular actress initially developed an interest in fashion shows while studying computer engineering at college. In the mid-2000s, fashion choreographer Prasad Bidapa recruited Sanam Shetty as a model.

During her time there, Sanam Shetty also worked on amateur documentary films. Through this, Shetty developed an interest in acting opportunities. The actress once again worked as a fashion model after choreographer Ganesh Gurung re-introduced her to Chennai’s fashion scene.

Subsequently, Sanam became a model for several brands in the city during the weekends. She did this while still working as a software engineer on the other days. Then in the year 2010, The New Indian Express named Sanam Shetty and Arthi Venkatesh among the top models in Chennai, India.

Talking about her acting career, Sanam Shetty initially worked in the Malayalam film Cinema Company in 2012. However, the actress made her acting debut with Ambuli in the same year. It is a Tamil science fiction film. released in 2012. 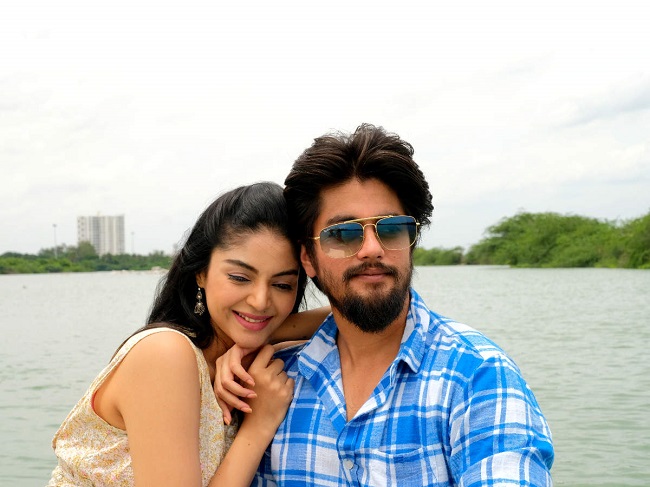 Caption: Sanam Shetty during cut from one of her Tamil movies. Source: Times of India

In the film Ambuli, Sanam played the role of a young college girl who becomes caught up in mysterious happenings in a village. This film is set in the 1970s. Following this, the actress received numerous acting offers. Some projects that Sanam Shetty has worked on include the Tamil-Malayalam bilingual project Ravu and Maayai both released in 2013.

In the year 2014, Sanam worked on the films Vilaasam as well as a high-profile film Daivathinte Swantham Cleetus. Moreover, the actress signed on to play the lead role in Aabavanan’s female-centric film. She was actually set to play the role of a martial arts expert. However, this film was dropped later on.

Likewise, Sanam also played the lead role in Singam 123 and Premikudu. Further, the actress worked on her 1st Kannada film Atharva in 2018. This film also stars the actor Pavan Teja. Then in the year 2017, Sanam launched her 1st film as a producer. It is titled, Magie. It is the tale of a girl brought up in Meghalaya.

Then in the year 2019, the Indian actress was belatedly crowned as the winner of the Miss South India 2016 beauty pageant. This was after the organizer opted to dethrone Meera Mithun. They dethroned Meera due to her fraudulent activities.

Similarly, the Indian actress became a participant in the reality TV show, Bigg Boss Tamil. It is a reality show where Kamal Haasan is the host. Sanam became a part of the show in the year 2020. 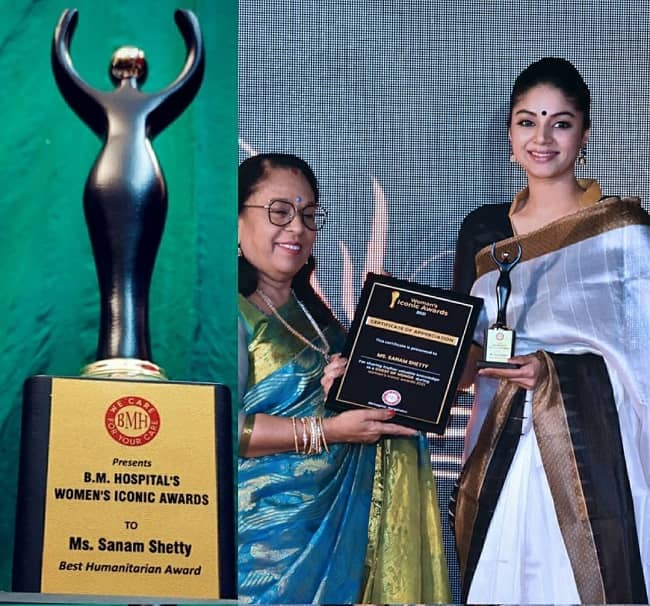 Sanam Shetty is currently single and more focused on her career. Previously, the actress was engaged to the fellow actor Tharshan Thiyagarajah. The pair announced their engagement in May 2019. They had even planned a wedding for June 2019.

However, her then fiancee’s involvement in Bigg Boss Tamil in 2019 postponed their wedding. Subsequently, the couple canceled the engagement in late 2019. Later on, Sanam Shetty filed a police complaint against her ex-fiancee for misusing her funds.

Sanam Shetty stands tall at an approximate height of 1.67 meters or 5 feet 6 inches and her weight is around 54 kgs. Likewise, the Indian actress’s chest-waist-hip measures are 34-26-35 inches. Sanam has dark brown hair and brown eyes.

Talking about the actress’s social media presence, Sanam Shetty joined Twitter in September 2019 and so far has over 48.7K followers on her @ungalsanam account. Likewise, she goes by the username @sam.sanam.shetty on Instagram. So far, this account boasts 683k followers. We can also contact her at [email protected] for business inquiries. Moving on, Sanam has a net worth of approximately $1.8 million US dollars.