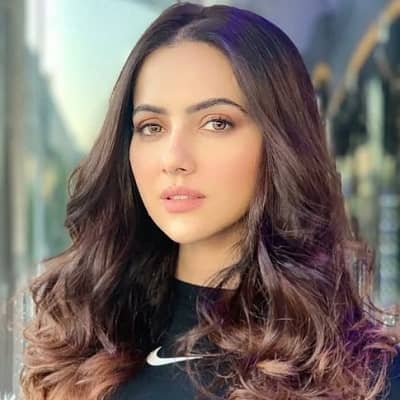 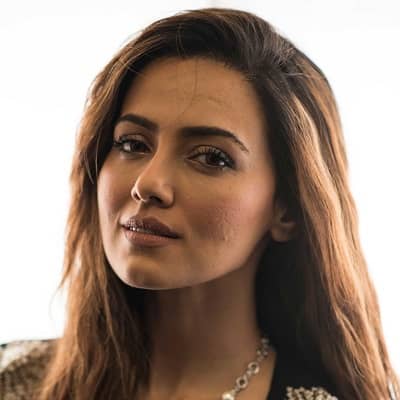 Sana Khan was born in Bombay currently known as Mumbai, Maharashtra, India on August 21, 1988. Her zodiac sign is Leo and she is 33 years old as of 2021. Moreover, her real birth name is Saiyad Sana Khan. Additionally, her mother Saeeda is from Mumbai and her father is a Malayali Muslim from Kannur, Kerala. The actress holds Indian nationality, follows the Muslim religion, and belongs to Indian ethnic background. However. there is no further information about her early childhood life and whether she has any siblings or not.

Talking about Sana Khan’s academic qualification, there is not much detailed information regarding her educational life. However, looking at the actress’s success and popularity, we can assume that she completed her studies at a well-known University in her hometown.

Sana Khan made her professional acting debut in a low-budget adult Hindi film “Yehi Hai High Society” in 2005. After that, she made appearances in television commercials and other advertisements. Later, she made her major film debut in the Tamil film “Silambattam” produced by Lakshmi Movie Makers released in December 2008. Silambarasan, the film’s lead actor, had earlier signed and then dropped her for a role in his film Kettavan.

However, after watching her ad with Shah Rukh Khan, he called her again for the female lead role in Silambattam. Moreover, she received positive reviews for her role as a talkative, tomboyish brahmin village girl Janu in the movie. After that, she appeared in her next Tamil film “Thambikku Indha Ooru” released in March 2010. Following that, she made her Telugu film debut in November 2010 with Nandamuri Kalyan Ram’s “Kalyanram Kathi”. 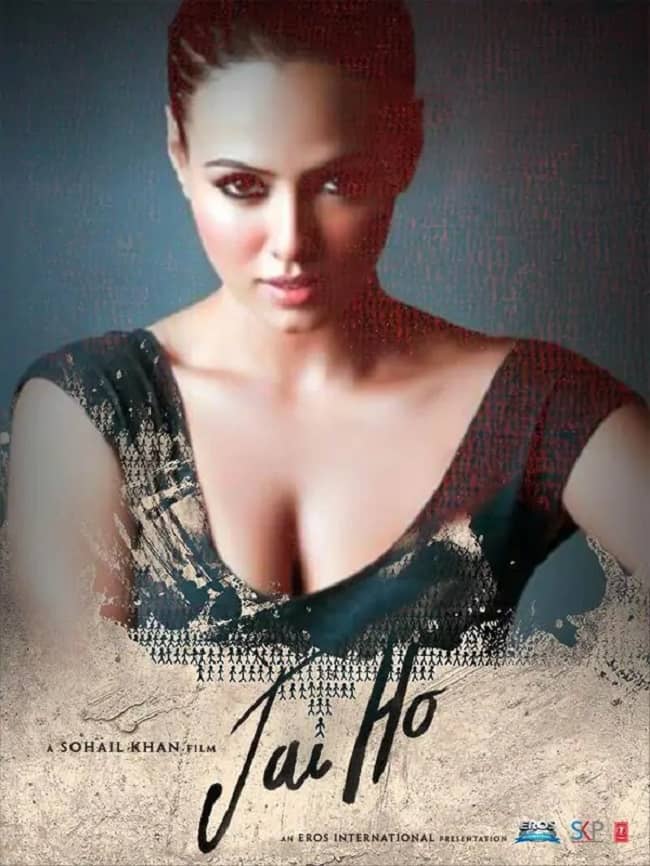 Then, she appeared in the bilingual thriller based on an aircraft hijack theme shot in Telugu and Tamil “Gaganam/Payanam” released in February 2011. After that, she made her debut in Kannada films from Golden Movies “Kool…Sakkath Hot Maga” in May 2011.

Again, she appeared in the Tamil film “Aayiram Vilakku” released in September 2011 where she played the role of a Madurai girl. She then made her Malayalam film debut in “Climax,” a remake of the classic Dirty Picture, in which she played South Indian actress Silk Smitha.

Later, she played the role of main antagonist Danny Denzongpa’s daughter in the Bollywood film “Jai Ho” released on January 24, 2014. After that, she appeared in the film “Wajah Tum Ho” which flopped at the Box Office India. Moreover, she will appear in the film “Tom, Dick and Harry 2” with actors Aftab Shivdasani and Sharman Joshi. She also appeared in over 50 commercials, including a Shirish Kunder-directed beauty advertisement in July 2007. Furthermore, she appeared in the ads for brands like Secret Temptation, Yatra, and video game console Xbox 360.

In October 2012, she joined the sixth season of the Indian reality TV show “Bigg Boss” as a celebrity contestant. However, she didn’t manage to win the show and finished in third place. Additionally, she also appeared on the web series Zindabaad as Benazir Khan and Special OPS as Sonya. She also made a special appearance as Akshay Kumar’s girlfriend in the film “Toilet: Ek Prem Katha”. She later announced on Instagram that she was leaving the entertainment industry to serve mankind in accordance with her Creator’s will on October 8, 2020.

In 2008, she won International Tamil Film Awards for her performance in the film Silambattam in the category of ITFA Best New Actress Award. She also got nominated for Breakthrough Performance – Female at Stardust Awards for Jai Ho in 2015 and Most Entertaining Actor in a Thriller Film – Female at BIG Zee Entertainment Awards for Wajah Tum Ho in 2017.

Sana Khan has garnered a huge amount of money from acting in movies, television shows, web series, and commercials. According to online sources, the estimated net worth of Sana Khan is around Rs 5 crore to Rs 6 crore Indian Rupees. 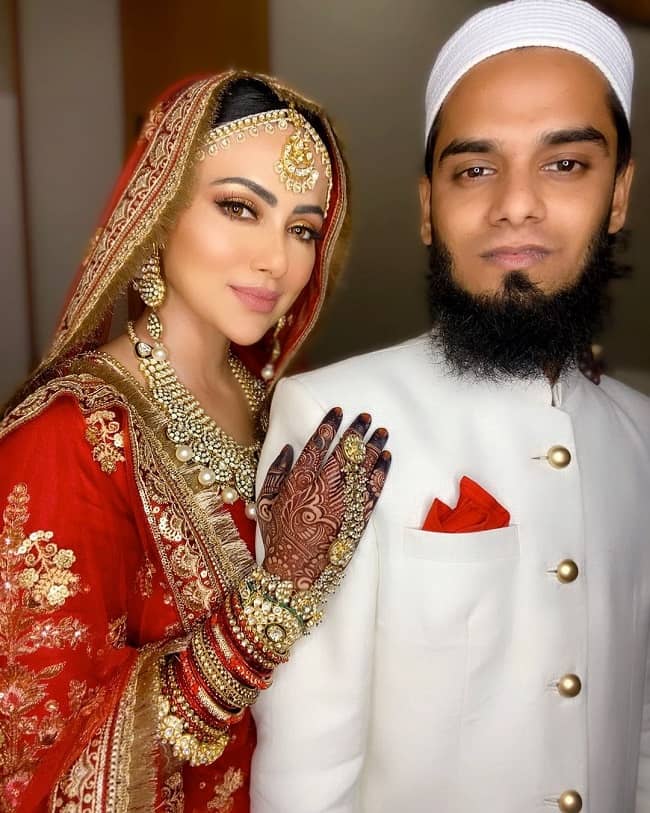 Sana Khan was in a relationship with choreographer Melvin Louis which she confirmed in February 2019. However, the couple separated in February 2020 when she posted a photo with a caption that she broke up with Melvin because he cheated on her. She married Islamic scholar Mufti Anas Sayed in Surat on November 21, 2020.

Sana Khan’s TV ad for the men’s underwear brand Amul Macho created great controversy. In the commercial, she is shown scrubbing and washing some underpants while mimicking orgasm. After that, the Indian government banned the advertisement on the grounds of sexual profanity. 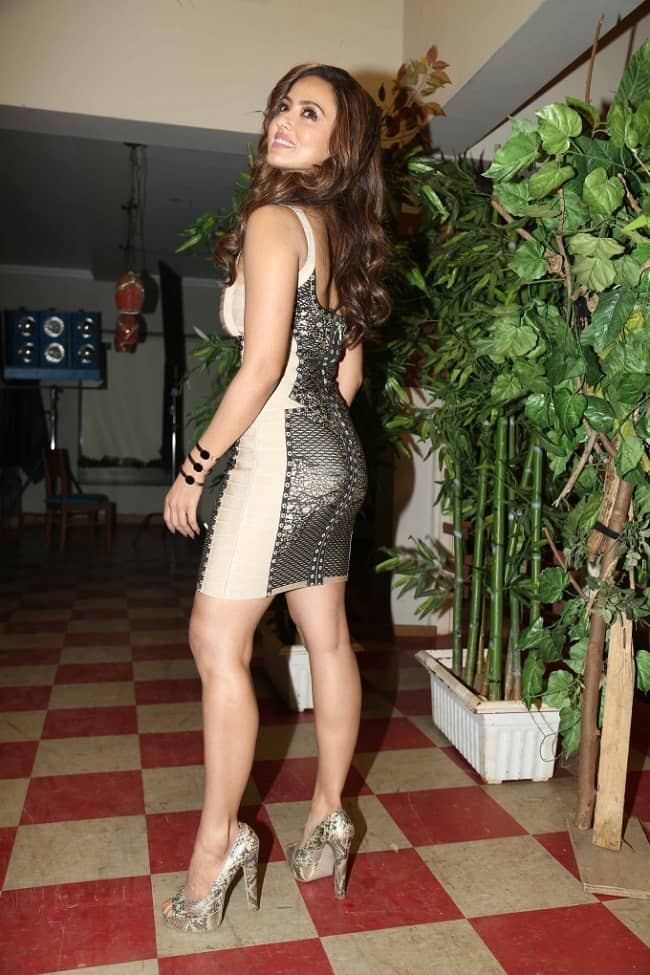 Sana Khan has dark brown eyes and black hair with a height of 5 feet 3 inches and a weight of 53 kilograms. However, there is no further information about the Indian actress’s other body measurements.