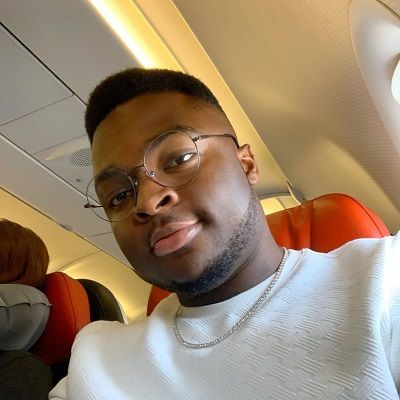 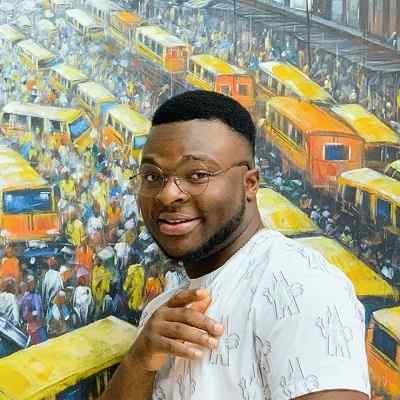 SamSpedy Entertainment was born on 5 May 1994 and he turns 27 years old in 2021. Similarly, he is from Nigeria but his birthplace is not mentioned yet. Nevertheless, he grew up in Abuja, Nigeria. Further, his full name is Samuel Oluwafemi Asubiojo. He also has four siblings. He has an elder sister who goes by Instagram to handle @nuella_13. Similarly, he also has twin brothers namely Dave and Dannielo.

Similarly, he also has not shared much about his parents and other family details but he has shared a few photos of them on his Instagram handle. Moreover, he is a Nigerian by nationality and his ethnic background is Yoruba. He has not shared much information regarding his educational background. Caption: SamSpedy Entertainment in a photograph with all his family members except his elder sister. Source: Instagram

SamSpedy Entertainment is a comedic YouTuber who pokes fun at African culture on his Youtube channel. Sam is extremely popular in Nigeria and he has also earned fans across the world. Sam’s YouTube boasts to more than 1.37 million subscribers on his main channel. He also has a second channel that he created on 4 August 2019. It has 141k subscribers at present. It is a channel where he shares videos regarding travel vlogs, challenges, and other fun stuff.

Prior to social media fame, Sam started off as an entrepreneur with the brand name Samspedy Fashion. While creating comedic content for the web, he is also a medical student. Moreover, Sam is also into music and acting.

He created his first channel “SamSpedy” on 28 November 2012. So far, he has earned 1.37 million subscribers and 373,383,551 views. He uploads new videos every Thursday on this channel and they are all comedy skits and funny videos. Similarly, he created his second channel on 4 August 2019 and has 141k followers and 7,992,819 views at present. The most-watched video on this channel is When She Can’t Take It Any Longer ?? uploaded on 10 March 2020. Similarly, the oldest video on this channel is A TRIP TO DUBAI | SAMSPEDY VLOG uploaded on 4 August 2019 with 465,165 views. Other oldest videos are ADVENTURE IN DESERT SAFARI, DUBAI | SAMSPEDY VLOG, and 2X EXTREME SPICY RAMEN CHALLENGE.

SamSpedy is currently in a romantic relationship with Debinna. She occasionally appears in his social media accounts like on Youtube and Instagram. He also wished her on her birthday with a sweet Instagram post. Similarly, the first video on Sam’s second Youtube channel is the vlog of Sam’s Dubai trip with his lover Debinna.

Other than this, there isn’t much information available on his part affairs, rumors, controversies, and scandals that might hamper his personal life and professional career. Sam has maintained a good profile. Caption: SamSpedy Entertainment in a video regarding his Dubai trip with Debinna. Source: Instagram

Talking about his social media presence, SamSpedy joined Twitter in November 2012 and has 1659 followers as of May 2020. Similarly, his Instagram account boasts 359 posts shares and 196k followers. He also has an official Facebook page with 429.2k followers. Similarly, Sam has 1.58 million subscribers on his official comedy skits Youtube channel and 141k subscribers on his secondary channel. We can also contact him at [email protected] for more inquiries.

Moving on, Sam has a net worth estimation of around $1 million to $5 million dollars. From his Youtube channel alone, he earns around $1.5 million dollars at present. To date, Sam has published a total of over 182 videos, totaling more than 319.5 million views. Similarly, he also creates an average of 4 new videos every month gaining 886 k views per day and 2.6k new subscribers on a daily basis.