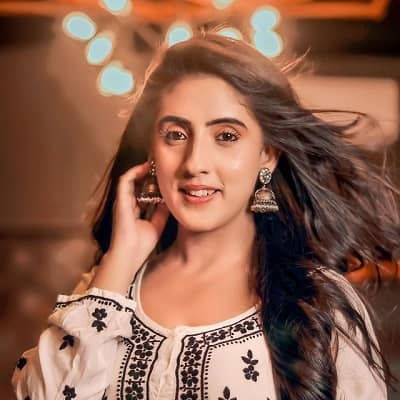 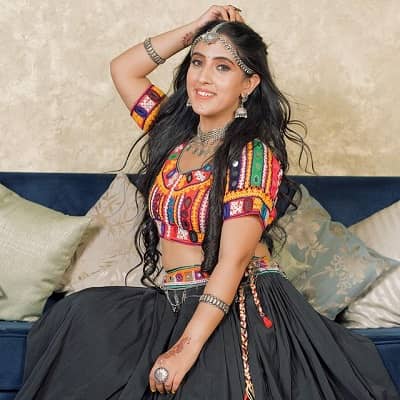 Sammeeksha Sud is one of the famous actresses, TikTok stars, and TV personalities who hail from India. The Indian actress Sammeeksha Sud is famous for her work in several TV serials, “Baal Veer”, “Doli Armaano Ki”, and “Ek Aastha Aisi Bhee”.

Sammeeksha’s birthdate is 29th April 1990 and her birthplace is Mumbai, Maharashtra, India. Currently, she is 31 years old. She also has a nickname and it is Rano. Likewise, she is thirty years old as of 2021 and her zodiac sign is Taurus. The actress has been following the Hindu religion, is of Baniya caste, and holds an Indian nationality. Her father’s name is Naresh Kumar Sud whereas her mother’s name is Radha Sud. As for their profession, her father is a government employee and her mother is just a housewife.

The Indian entertainer has been very close to both of her parents and respects them. It also seems like her parents have been very supportive of her acting career. As for her educational background, she is a well-educated personality who went to a private college in Mumbai. After then, she went to Amity University and did a bachelor’s in Journalism and Mass Communication. Sammeeksha has completed her graduation in the field of computer science by doing a diploma in it. 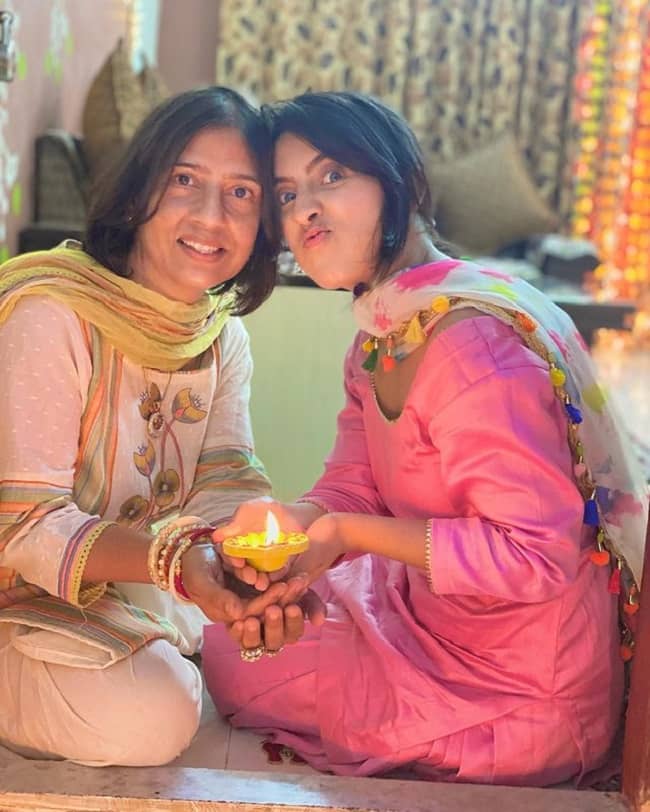 The Indian entertainer has been famous for her characters played in the small screen industry. Sud began her TV acting career from the year 2012 by being a part of the Sab TV show, “BaalVeer”. It has been a very popular Indian TV series that attracts children’s attention more. Likewise, she was then a part of the Indian series, “Fear Files”. Slowly, she started gaining more and more public attention by playing the role of Dari-Pari in the series, “Baal Veer”. Then, the actress went on to work on another TV show, “Sacchi Tasvirein” in her debut year.

She then even was working on other Indian series such as in the 3rd season of “Gumrah: End of Innocence”. In the year 2020, she made her OTT first appearance by being a part of the 2nd season of the web show, “Who’s Your Daddy”. It was presented by ALTBalaji and ZEE5 too. Sud has been earning more attention publicly and socially as an actress, TikTok star, social media influencer, Youtuber, and a model too. Together with her acting career, she has also been getting several offers to work as a model. Sud has also acted for the TV series, “Doli Armano Ki” in the year 2013.

The TV serial actress has also been appearing in numerous Indian music videos. Some of them are, Maahiya, Raanjhan, Rang Barse, Dil Roya Ve, Tumhari Yaad Ayee, and Rulaa Ke Gaya Ishq. In addition to her professional career, she has been equally famous for her multi-talented personality all over social media platforms. Besides her acting and modeling career, Sammeeksha is one of the active members of several NGOs. She has been supporting the NGOs who have been providing services to poor children, disabled people, and cancer patients.

Moreover, Sud is a famous Indian TikTok star and a Youtuber as well. She has got more popularity after creating several TikTok videos by dancing and lip-syncing. The actress created her TikTok channel together with Vishal Pandey and Bhavin Bhaushali. The name of their TikTok channel was teenaged and they began working on it in the year 2019. As mentioned before, Sud is also a famous Youtuber whose YouTube channel’s name is “Teentigada”. The YouTube channel is also managed by a group of three members, Vishal Panday, Bhavin Bhanushali, and Sammeeksha Sud. 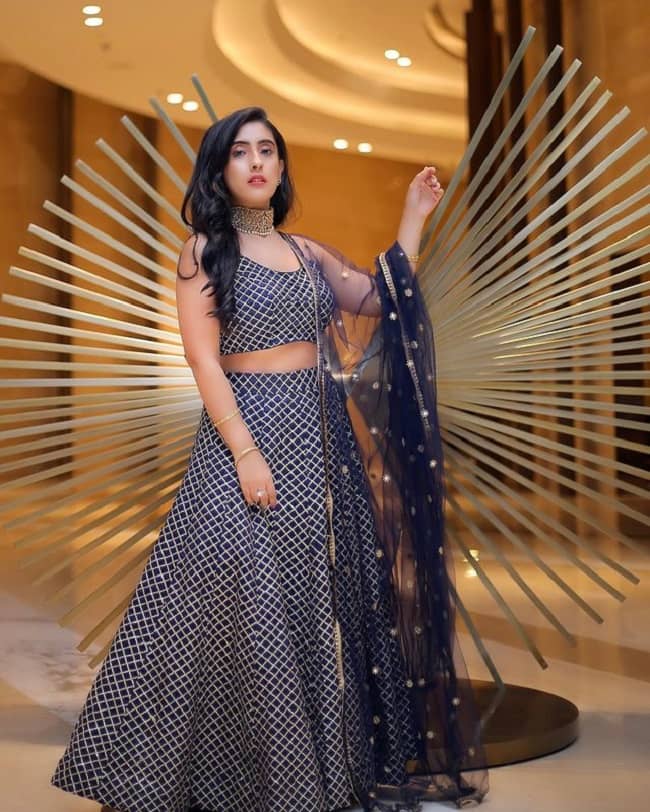 Caption: Sammeeksha Sud’s image from one of her photoshoots (Source: Instagram)

Apart from her acting career, Sud has also been very active in other activities which keep her entertained. The Indian entertainer loves going shopping, partying with her friends, mimicking, and even dancing. Likewise, she loves pink and green colors. She even knows to speak three languages, English, Hindi, and Punjabi. Being a part of the entertainment industry, she loves watching other actors and their works too. Her favorite actors are Hrithik Roshan, Rajkumar Rao, and Vicky Kaushal.

On the other side, her favorite Actresses are Shilpa Shetty and Anushka Sharma. In addition to her preferences, she loves listening to the songs produced by the male Indian singer, Arijit Singh. She loves having more Paneer Tikka & Pani Puri when it comes to food. As she loves traveling, her favorite destinations to visit more often are New York and London. Furthermore, she loves being entertained and also entertaining her fans and audiences.

The Indian actress has been making an impressive amount of money from her professional career for a long time now. She has been making money by modeling, acting, and being a social media influencer too. The recent estimated net worth of Sammeeksha Sud is around Rs. 1.2 crores Indian Rupees. However, there are no further details about her salary and other assets she has been owning. But it is for sure that the popular Indian entertainer has been living a happy and lavishing life in Delhi, India,

As for her relationship status, it has been found that there are some rumors about her dating her fellow, Vishal Panday. These rumors started after they were found together in a local restaurant at night. Even though they are very close and have a strong bond, it has been clear whether they really are dating each other. Also, she once got into a controversy after mentioning a certain segment of men disrespecting women. However, her message was misjudged and further situations went wrong.

It was indeed her own fans and followers who misread the message she wanted to share. The whole concept of Sud went out of control which gave her just hate, abusive comments, trolls, dirty messages, and even death threats. Due to this, she had to remove the video and she even apologized to everyone, clearing her concepts. Together with her, her friends, Vishal Panday, and Bhavin Bhanushali went ahead and helped her to clear every misunderstanding. Other than this, Sammeeksha has never been into other scandals and rumors. 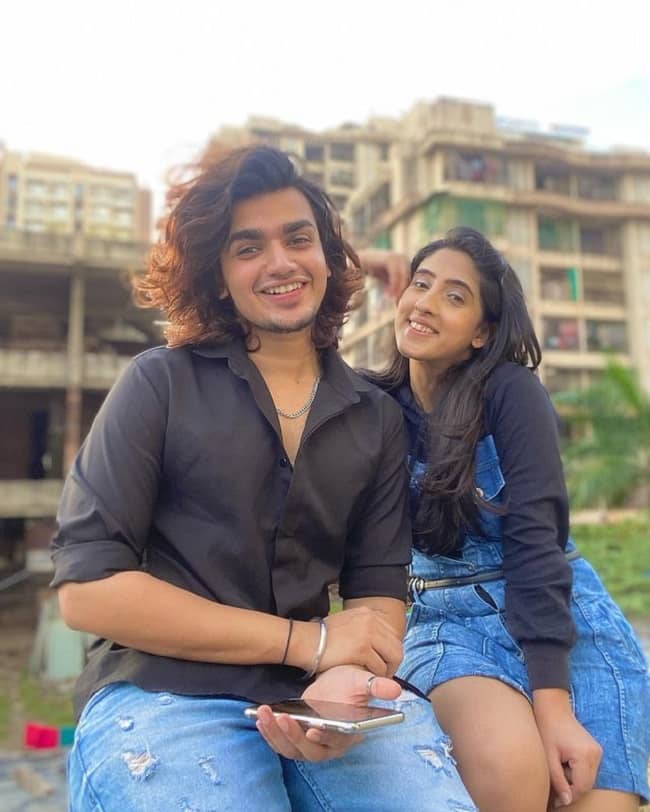 Regarding the physical statistics of the Indian actress, she has a good height of 5 feet 4 inches or 1.63 m. Sud has a very slim body type with a suitable body weight of about 50kg or 110 lbs. Likewise, her body measurements are 28 inches, 26 inches, and 28 inches. Her bra size is 28 B and she has been wearing a shoe size of 4 US. The Indian entertainer has long, shiny, and black hair with a beautiful personality. Furthermore, Sammeeksha’s complexion is brown and her eyes color is dark brown.

Coming to the social media part, she has been very popular all over the social media platforms. Sammeeksha has an Instagram account where she has already earned 7.9 million followers. Likewise, the actress has a Twitter account with over 3 thousand followers as of November 2021. Sud even has a Facebook account where she is very active with 5.2 million followers. As for YouTube, she has 467 thousand followers on her own YouTube channel.