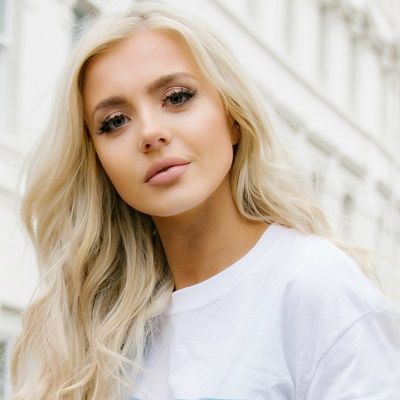 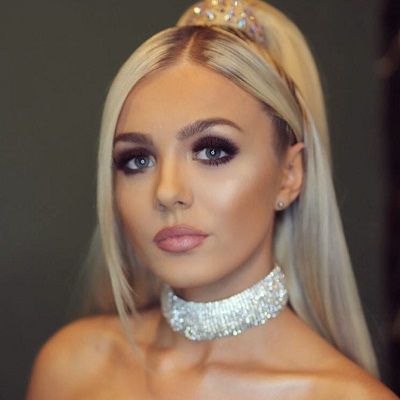 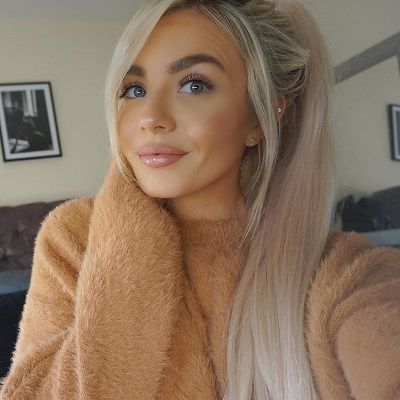 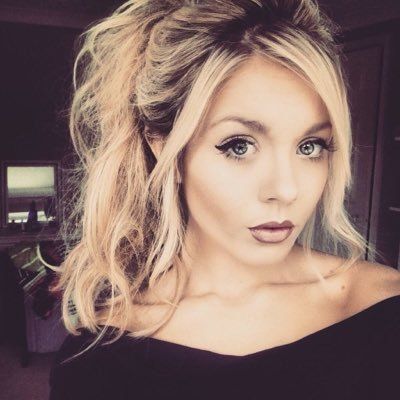 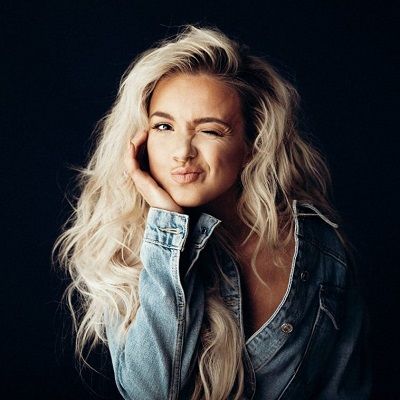 Samantha Harvey is a British singer, songwriter, and social media personality. Samantha Harvey first gained prominence as a singer when she started posting cover versions of popular songs on her YouTube channel.

Samantha Harvey was born on 30th May 1993, in Harleston, Suffolk, England. She is 28 years old currently and her birth sign is Gemini.

Concerning his family background, she has two older sisters and is close to her niece and nephew. Her sisters’ names are Angie and Jenny. There is no further information related to her family history.

Further, she also likes hanging around with her friends and fellow musicians.

She is a close friend of popular pop singer Mikey Bromley, with whom she has collaborated for live duets and stage shows.

Samantha is also close to Lee Ryan, who played a major role in helping her write her debut original song. 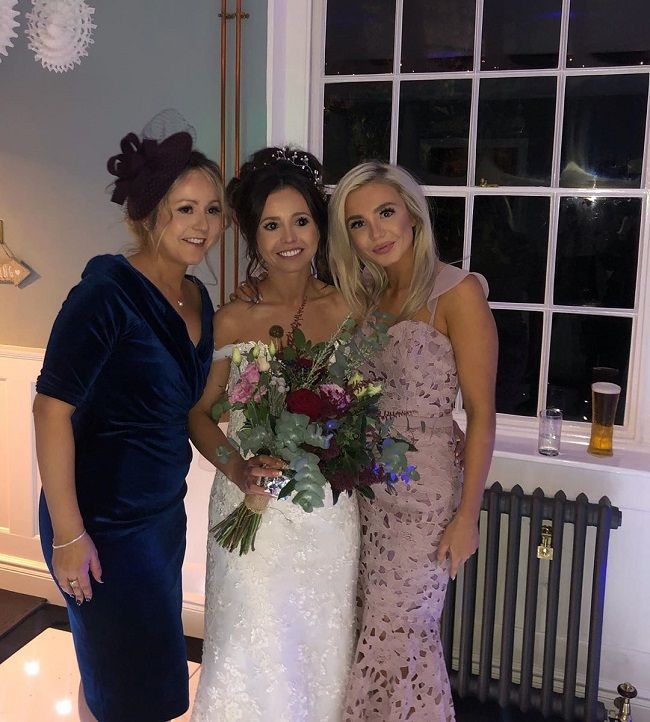 She attended Chilton Community Primary School. Moreover, she was enrolled at ‘Stowmarket High School’ in Suffolk, where she developed an interest in acting and singing.

Thereafter, she started performing in plays and acted and sang popular tracks.

Samantha joined ‘Oskar Foxtrot Productions’ at the age of 16 to gain exposure and experience in acting and singing.

Thereafter, she started performing in plays and acted and sang popular tracks. Besides, while studying, she set up a house-cleaning business in the Suffolk area.

Speaking on her romantic lineups, she is currently in a relationship with a handsome hunk, Tom Mayne. He is a designer.

Samantha often shares their photo on her social media showing their love and affection towards each other. The pair are quite possibly the most attractive couple you’ve seen in a while. They look awesome together.

Furthermore, In her Valentine’s day post, a picture of her and Tom, which was posted on February 14, 2019, she also mentioned that she or anybody didn’t think she’d meet a guy who she can put up with for longer than 6 months.

She uploaded a photo of her and Tom, for the first time on her Instagram account on June 3, 2018. Also mentions that she is feeling like the luckiest girl ever and he’s taking her to Paris soon.

However, the duo travels together, eats together, and is having a great time together which surely makes them a perfect couple!

Similarly, she has not involved herself in any kind of rumors or controversies throughout her lifetime.

Samantha is aware of the unnecessary rumors and scandals and has always stayed away from them without letting them harm her personal or professional life.

However, she is living a happy and successful life and has a reserved and bold personality. 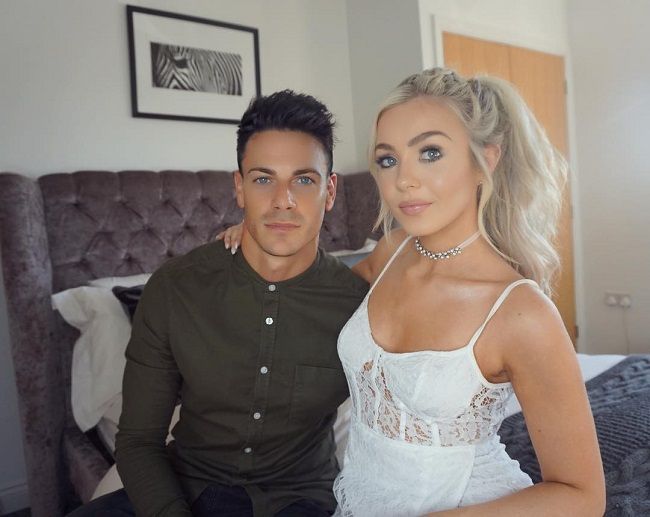 In 2014, Samantha began recording and posting covers on her YouTube channel. Her first cover was of Sam Smith’s Lay Me Down. She then sang this song for her one million subscriber celebration.

Harvey began building a following on her YouTube channel by posting covers of songs by artists like Adele, Celine Dion, Ed Sheeran, Little Mix, Selena Gomez, Birdy, and numerous others.

By April 2016, she had almost a million likes on her Facebook page. Similarly, banking on her success on social media, Samantha released her debut original track titled ‘Wonderland’ in September 2016.

After a month, she was invited to the popular television show, ‘Good Morning Britain,’ where she sang the weather report.

In July 2017, she released an independent single titled ‘Forgive Forget,’ which reached the fourth spot on the iTunes chart and later broke into the list of top 50 on the ‘UK Singles Chart’.

Samantha quit her house cleaning business when she became confident about making a career out of music.

Thereafter, she signed contracts with well-known record labels, such as ‘Capitol Records’ and ‘Virgin EMI Records’.

More  about her career

In February 2018, she came up with her first major-label single, ‘Please,’ which made it to the ‘UK Singles Chart’.

As of March 2018, it has peaked at number 67 on the UK Singles Chart. She also continues to post cover versions of popular tracks on her social media accounts, where she enjoys a massive fan following.

Harvey released her debut EP, Please, through Virgin EMI in March 2018. Later that year, German singer and songwriter, Nico Santos, collaborated with Harvey on a revised version of his single, “Rooftop”.

In July 2018, she was featured on the Alex Adair and Delayers’ track, “Dominos”. She also appeared in the song’s accompanying music video.

Later in 2018, she embarked on a headlining tour throughout the UK and Ireland called the “Between Us Tour”.

In November 2019, she released a new single entitled “Get To Know You”. Samantha’s self-titled YouTube channel is pretty popular.

She also has thousands of followers on other social media platforms, such as Twitter and Instagram. Harvey is growing rapidly as a singer and songwriter.

However, she often takes part in live shows, either as the lead singer or as a supporting artist. Therefore, Samantha also uses these live shows to catch up with her fans and followers.

Despite being busy with her professional commitments, Samantha loves spending time on social media, where she often interacts with her fans.

She is active on SoundCloud, where she has more than 13,000 followers.

No doubt, this multi-talented personality would make good fortune through her profession. Her music career may lead her to earn a great amount for herself.

However, at the moment, she is living a happy and wealthy life with a fantastic career.

Her primary source of income is from her advertisers and sponsors who pay her a decent amount of money. Therefore, she has an estimated net worth of around $1 million – 5 million dollars.

Samantha has a great personality and is gifted with amazing looks. However, she stands at a height of 5 feet 5 inches tall and has a matching weight of 50 kg.

Similarly, she has long and straight hair. She usually keeps changing her hair colors. However, as of now, she has blonde hair and a pair of hazel eyes. 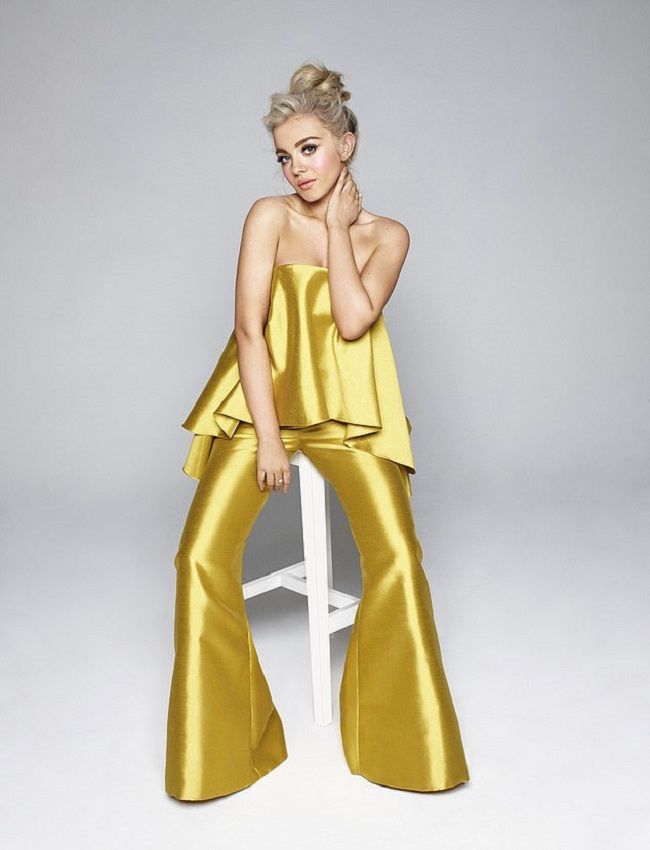 She is famous on social media and has gathered a large fanbase. Her self-titled YouTube channel has earned over 2.17 million subscribers till now, which she created on October 25, 2011.

Samantha has garnered over 326K followers on her ‘@samharveyuk’ Instagram. Similarly, she is active on Twitter with more than 38.7K followers.

Her official Facebook page has amassed over 2.3 million followers. She is also active on Snapchat under the username ‘@SamHarveyUK’.

Will Peltz
Erik Jones
May 30 Birthdays