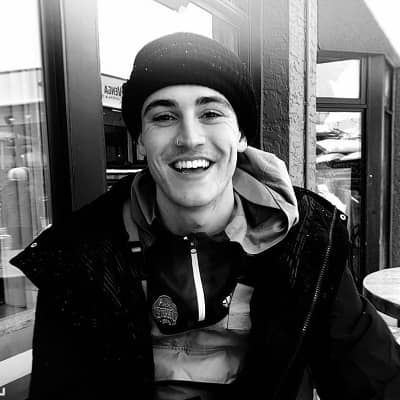 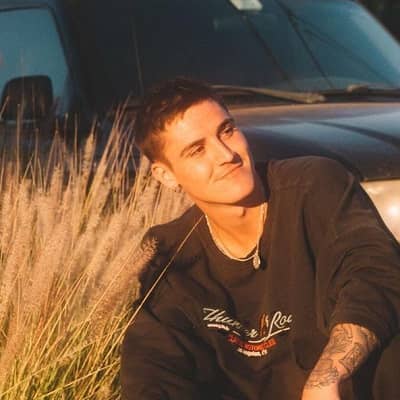 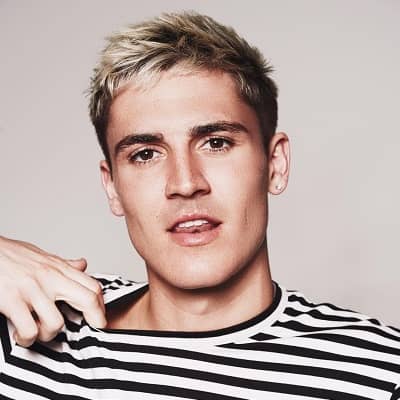 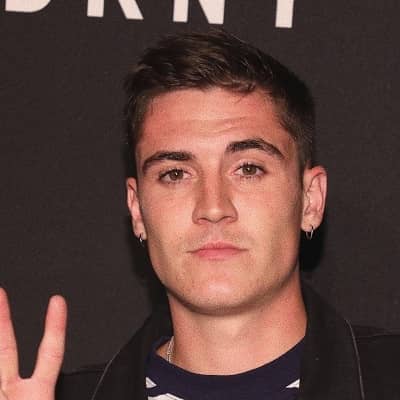 Sam Wilkinson was born on December 11, 1995, and he celebrates his 27th birthday in 2022. He hails from Omaha, Nebraska and his zodiac sign is Sagittarius.

Likewise, his full name is Samuel Howard Wilkinson. He is rather famous as Sammy Wilk or Sam Wilk on the internet. 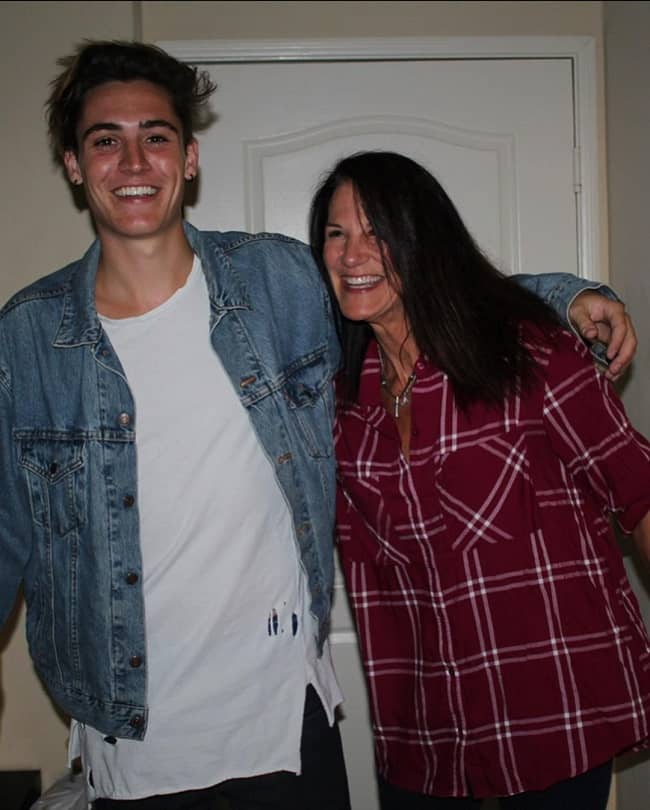 Caption: Sam Wilkinson posing for a photo with his mother. Source: Instagram 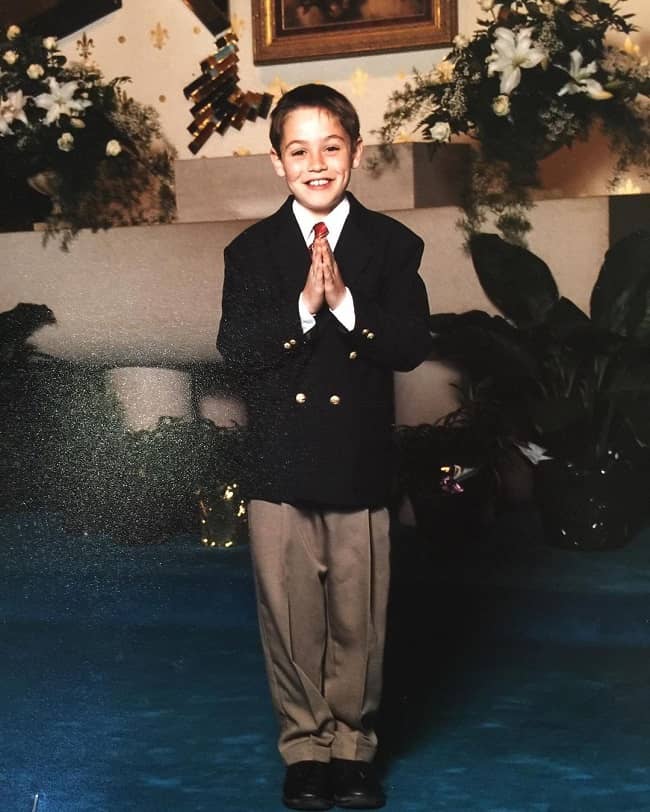 Caption: Sam Wilkinson posing for a photo in a childhood photograph. Source: Instagram

Talking about his social media presence, Sam Wilkinson joined Twitter in September 2011 and so far has over 1.1 million followers on his @sammywilk account.

He also goes by @sammywilk on Instagram. So far, this account boasts 227 posts shares and more than 1.5 million followers while writing this biography.

Sammy Wilk is professionally an internet personality, singer-songwriter as well as an entrepreneur. He began gaining fame on social media platform Vine in the year 2013. He often worked with acts including Jack & Jack and Nash Grier among others.

Moreover, Sam became best buddies with fellow Vine Star duo Jack Gilinsky and Jack Johnson. The duo is popular as Jack & Jack and they went on to gain immense fame on the net starting with Vine.

The three grew up with Omaha and used to hang around each other since Sam was in 7th grade.

Besides his career in social media, Sam is also a singer. Sam also writes and records music and then uploads the videos on the internet. He uploaded his first video on 16 March 2013 and garnered more than 200K followers within a year.

He then started to release music working alongside Omaha-based artist Skate Maloley. They worked together under the alias “Sammy & Skate.” The duo started off in the year 2014.

Then in July the following year, Sam released the music video for his pop-reggae single Aye Ma. The video gained support from personalities including Nash Grier and Jack Johnson among others. 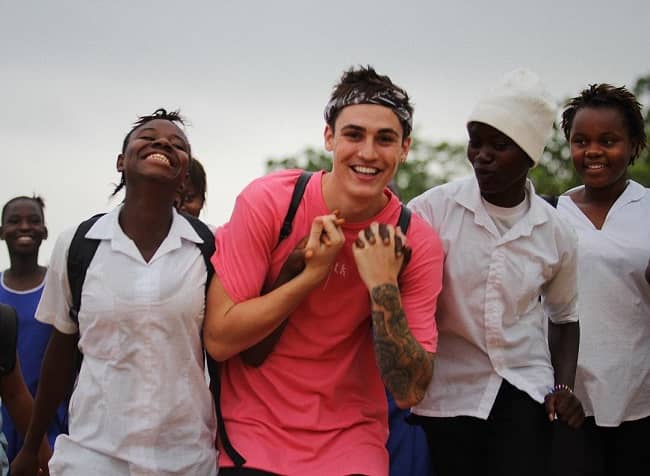 Caption: Sam Wilkinson captured in one of his music videos. Source: Instagram

Moreover, Sam Wilkinson had hinted at the release of his debut EP. There was a hint that it would be released in December 2015. However, it was announced that the release date was pushed back to sometime in 2016.

Subsequently, on 22 April 2016, Sam released his debut album called Ready For War. Sam initially released the title track video along with his hit single Light Up.

As an entrepreneur, Sam Wilkinson also launched his clothing line called WILK Collection. It is exclusively sold on the website and pop-up shops.

This clothing line features hats, hoodies, t-shirts, and many more. In addition to this, Sam also created the “WILK Project”. He did so to help raise money and awareness for the children in Sierra Leon, Africa to build music and art programs. 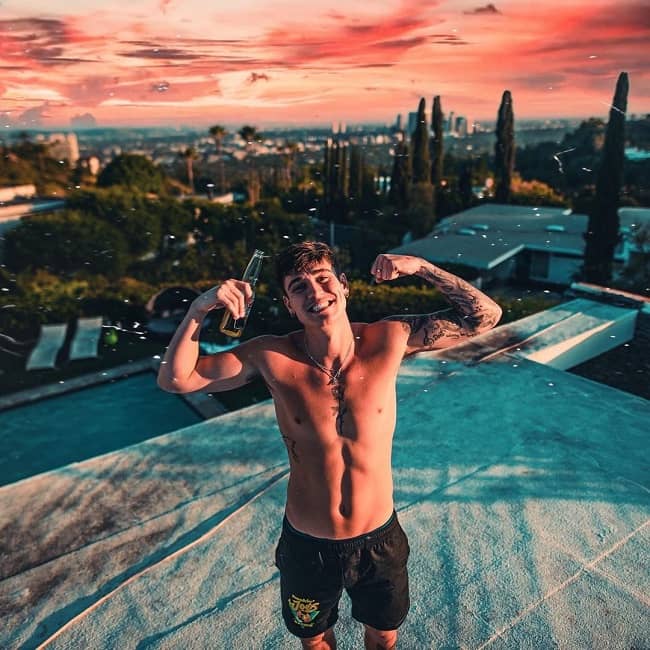 Sam Wilkinson is most probably single at present. He has not shared any social media posts that might indicate his current relationship status.

But he dated a Brazilian woman named Emanuely. After that, he began a relationship with Anastasia Karanikolaou, aka Stassiebaby, in the year 2016.

However, Sam and Stassiebaby went their separate ways in November of 2017. Anastasia Karanikolaou aka Stassiebaby is also a social media personality who has gained immense followings on Instagram, Vine, and Twitter.

Stassiebaby is also mostly known as a best friend of Kendall and Kylie Jenner. In late 2020, Stassiebaby began a relationship with prominent actor Noah Centineo.

Sam Wilkinson stands tall at a height of approximately 5 feet 10 inches and his weight is around 68 kgs. Other than this, there is no information regarding his other body measurements including his chest-waist-hip measures, dress size, biceps, etc.

He also has multiple tattoos on several parts of his body. Moreover, Sam has dark brown hair and eyes of the same color.

Sam also created a Youtube channel called “Sammy Wilk” on January 24, 2016. So far, this channel has garnered over 4.4 million views and 66.4K subscribers.

Furthermore, we can contact him at [email protected] for more inquiries. Moving on, Sam Wilkinson has a net worth estimation of approximately $500,000.