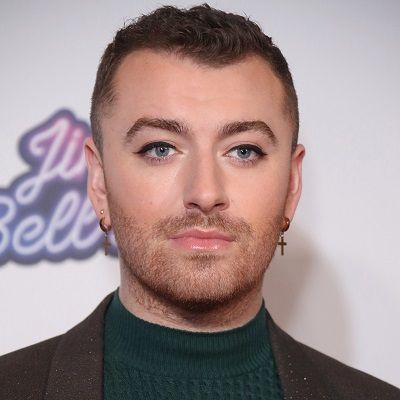 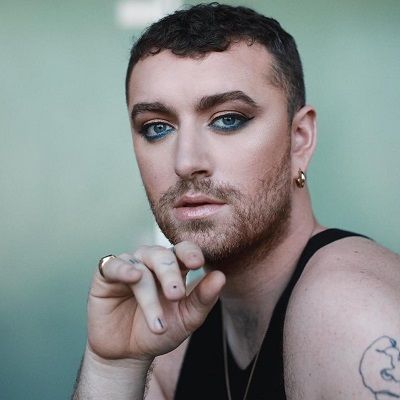 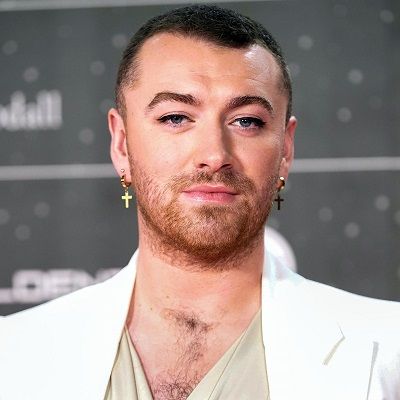 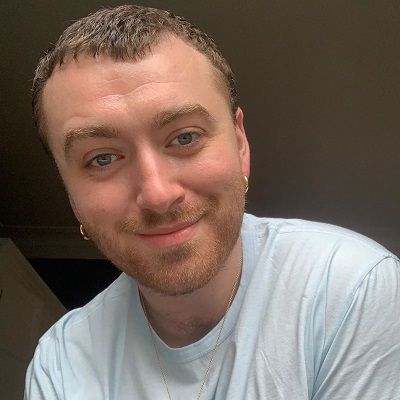 Sam Smith is a British songwriter and singer. Sam Smith broke onto the dance scene as a featured artist on the 2012 single “Latch” by electronic duo Disclosure. Moreover, Smith was named Best New Artist at the 2015 Grammys and their single “Stay With Me” won Song of the Year.

Sam Smith Says He ‘100%’ Had Coronavirus But Didn’t Get Tested!

Sam says they “definitely” caught coronavirus, although they never got tested. “I didn’t get tested but I know I had it,” Smith said to Apple Music’s Zane Lowe via FaceTime on Thursday. “Everything I’ve read completely pointed to that. So yeah, I think I had it.”

Smith says they caught the bug while in the U.K., but like many others self-diagnosed, stayed in and let nature take its course. He said their sister also began exhibiting symptoms of COVID-19, the disease caused by the virus, while they were living together. The pair decided to self-isolate for three weeks, and have since recovered.

“I’ve got an older Nan, so we didn’t want to risk anything,” Sam said to Lowe. Smith’s decision to self-isolate came before the UK imposed strict social-distancing measures in March, which have since been extended for at least another three weeks. Sam added, “As everyone was kind of really on lockdown, that’s when I got over it, luckily.”

Smith is back in form, releasing a new collaboration with Demi Lovato, “I’m Ready,” and performing a duet with John Legend for the historic Together At a Home concert this past weekend.

Smith previously decided to rename and postpone the release of their upcoming album, originally called “To Die For.” The “Stay With Me” crooner told Lowe it’s “ready to go whenever this all calms down,” but said they have “no idea” when they might announce a new name or release date. “These whole last two years for me have been two years of transitioning. I’m used to this feeling of trying different stuff,” Smith said.

Sam Smith was born Samuel Frederick Smith on May 19, 1992, in London, England. He is currently 29 years old. Sam was born to Fredrick Smith and Kate Cassidy, who is a stockbroker. Smith’s father was a stay-at-home dad and his mother, was a successful banker. The singer attended the ‘St. Mary’s Catholic School’ is located in Bishop’s Stortford. At the age of 8, the singer learned to sing under a jazz pianist named ‘Joanna Eden’ at Saffron Walden in Essex and later joined a jazz band. 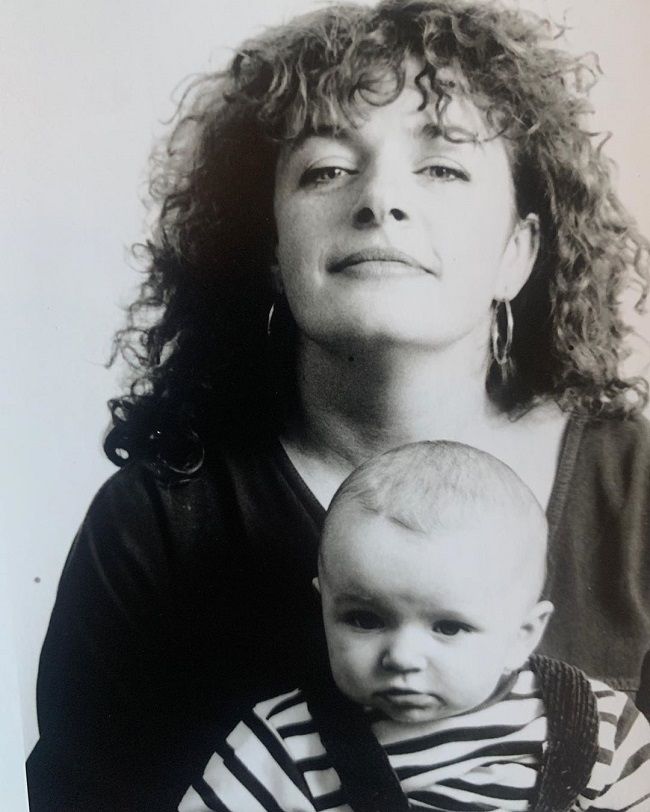 Smith’s first moment in the spotlight would come when the dance/electronica duo Disclosure released its 2012 song “Latch,” to which Smith lent their vocals. The track featured the singer’s melodic falsetto over Disclosure’s electronic beat. “Latch”, starring a stripped-down sound that made the listener take notice of Smith’s vocal work. It resonated in a big way with music fans and critics alike and laid the groundwork for their future success in the UK and beyond.

“Latch” entered the top of the UK singles chart when Smith was just 21. And the singer soon released their single, “Lay Me Down”. Sam’s next hit was again via a featured role on another artist’s song: Naughty Boy’s Bollywood-inspired “La La La”. Along with Smith’s lead vocal, the song became an instant No. 1 single in the UK in the spring of 2013.

In the fall, Smith released their first EP, Nirvana, on which listeners were treated to an acoustic version of “Latch”. After some months, in February 2014, Smith was again at the top of the UK singles chart with “Money on My Mind”. And in May 2014, the singer’s full-length debut ‘In the Lonely Hour, was released in the UK.

Coming Out and Awards Success

The same month that ‘In the Lonely Hour was released, Smith came out as gay. The singer also revealed that despite the album being full of love songs, Smith’s never experienced it firsthand.

“I’ve never been in a relationship before,” they said to the magazine Fader.

“In the Lonely Hour is about a guy that I fell in love with last year, and he didn’t love me back. … I was in a very dark place.”

Further, that dark place has taken Smith to some very exciting, rewarding arenas. Similarly, at the 2015 Grammy Awards, Smith and their record took four awards: Best New Artist, Best Pop Vocal Album, Record of the Year, and Song of the Year (“Stay With Me”).

“Before I made this record I was doing everything to try and get my music heard,” Smith said during one of his four acceptance speeches.

“It was only until I started to be myself that the music started to flow and people started to listen.” 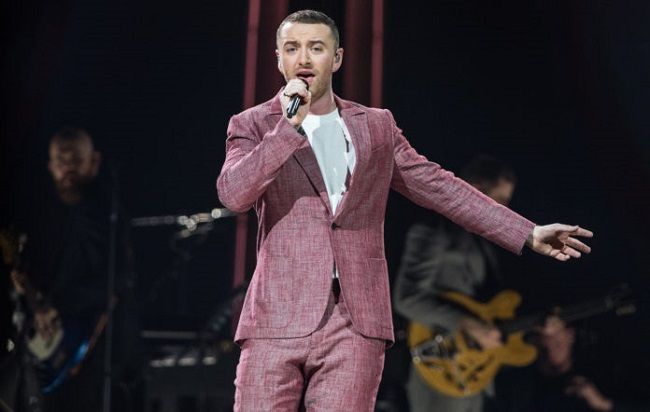 Smith remained to be busy in 2015, releasing a re-recorded version of “Lay Me Down” as a duet with soul singer John Legend. The record went to No.1 on the UK pop charts while raising money for the charity initiative Comic Relief. Then, Smith contributed lead vocals on the sleek “Omen”, one of the first singles from Disclosure’s sophomore album, ‘Caracal’.

Smith has since joined the James Bond canon of movie vocalists with his orchestral single “Writing’s on the Wall” for Spectre. Co-written with Jimmy Napes, the song became a No. 1 single in the UK. “Wall” won both a Golden Globe and an Academy Award in 2016, with Smith dedicating his Oscar win to LGBT communities across the globe.

Second Album: ‘The Thrill of It All

In September 2017, Smith released the first track, “Too Good at Goodbyes,” from their sophomore album ‘The Thrill of It all. Three more singles followed from the album, which hit No. 1 in the UK and U.S. Smith enjoyed more commercial success via collaborations with Calvin Harris on “Promises”.

And with Normani on “Dancing with a Stranger”, before resuming solo work for the summer 2019 release of “How Do You Sleep?” and releasing a cover of Donna Summer’s “I Feel Love” late in the year. Smith followed in February 2020 with the single “To Die For,” also expected to be the title of their upcoming album.

However, the artist announced in March that they were changing the album name. Also delaying its release due to concerns about the coronavirus outbreak.

The decision to use Non-Binary Pronouns

In 2019, Smith announced that they were going to begin using the non-gender, non-binary pronouns they/them.

“After a lifetime of being at war with my gender, I’ve decided to embrace myself for who I am, inside and out. I’m so excited and privileged to be surrounded by people that support me in this decision but I’ve been very nervous about announcing this because I care too much about what people think,” Smith wrote on Instagram.

As of 2022, Smith has a net worth of 40 million dollars. All of his fortunes come from his musical career. However, as of now, he is living a lavish lifestyle.

Sam came out as gay in May 2014 and began dating Jay Camilleri in 2016. He is currently single, after splitting from his ex-boyfriend Brandon Flynn of 13 Reasons Why in July 2019 and announcing the news in a very modern way – by deleting all traces of him from his Insta account.

Smith revealed a relationship with actor Brandon Flynn in September 2017, in an interview on ‘The Ellen DeGeneres Show. And in June 2018, it was announced that Smith and Flynn had split after nine months of dating.

Similarly, in October 2017, Sam came out as genderqueer, and said: “I feel just as much a woman as I am a man”. Smith had a relationship with the model and actor Jonathan Zeizel, but they broke up in or before 2015. Sam has also dated dancer Khasan Brailsford. Smith was also rumored to date Daisy Lowe in 2014. Moreover, Sam has struggled with body image issues since their pre-teen years and has been open about this in interviews. 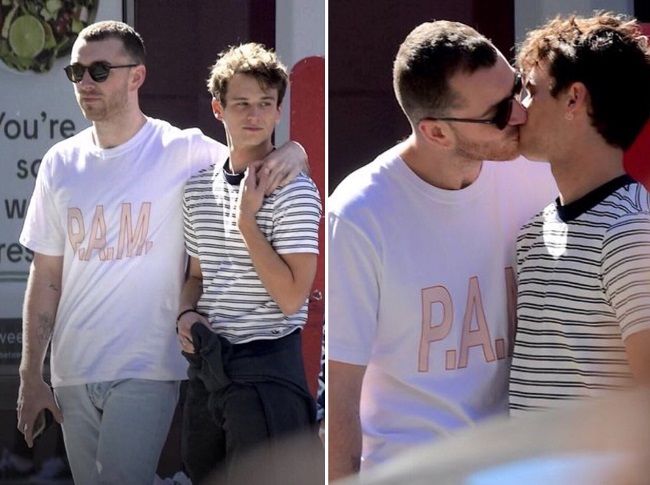 Caption: Sam Smith and Brandon Flynn were captured while they were in the public. Source: Silly human

Sam is a smart person having an awesome personality. Smith stands tall at a height of 6 feet 2 inches and weighs around 80 kg. Sam walks on a shoe size of 12.5 (US) or 12 (UK) or 46.5 (EU) inches. Moreover, the singer is a stylish person having a pair of blue eyes and brown hair.