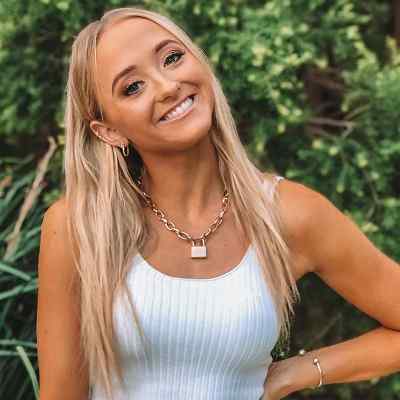 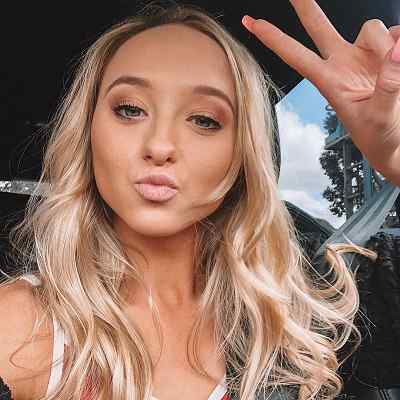 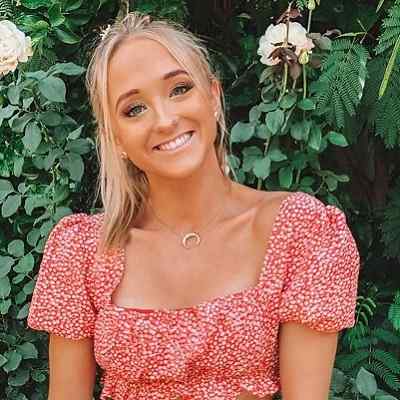 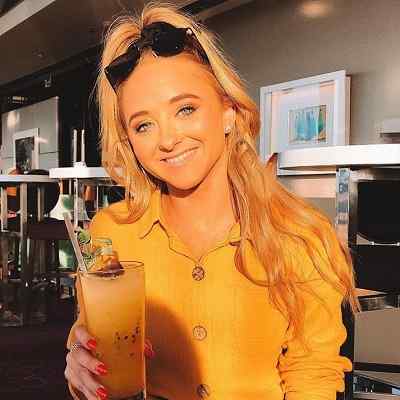 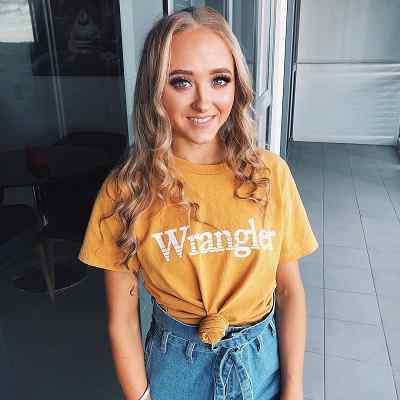 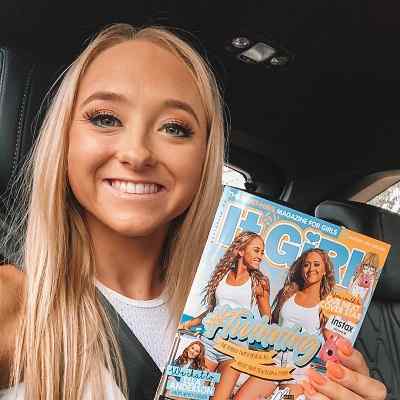 Sam Rybka is a popular Australian acrobat and dancer who performs with her twin sister, Teagan Rybka. Sam Rybka and her twin sister rose to prominence after they participated in the seventh season of ‘Australia’s Got Talent.

Sam Rybka’s real name is Samantha Rybka. Her age is 26 years old as of her date of birth on June 22, 1995. She is Australian by nationality and was born in Perth, Australia. Her zodiac sign is Cancer and is of Caucasian descent. She has a twin sister named Teagan and three older brothers, namely, Mitchell, Cody, and Clayton. She hasn’t revealed her mother’s name, but, her mom was also an acrobat and a dancer when she was young.

She posted a picture with her dad on July 19, 2019, and mentioned that it’s been over 2 years since they lost their dad and went to heaven. To be exact, her dad passed away on July 19, 2017. She attended ‘Edith Cowan University (ECU) in Australia, and earned a degree in drama (major) and dance (minor). 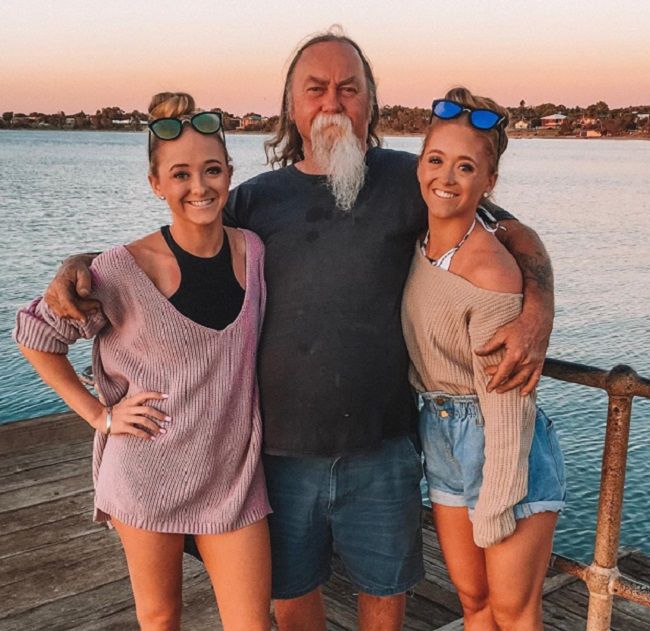 Sam Rybka clicking a photo with her sister and her late father. Source: Instagram

She practices acrobatics for six hours a day. Additionally, she practices ballet and jazz, too. Her profession demands an extremely fit and flexible body, and to maintain that, she follows a healthy diet. Her diet includes loads of nuts, grains, fruits, vegetables, and milk.

Furthermore, she is fond of swimming and likes spending time on the beach. Boating, cycling, horse riding, and canoeing are some of her favorite activities. Moreover, she likes wearing artificial fur. Paris is one of her favorite cities. Some of her favorite movies are ‘Suddenly Thirty,’ ‘Matilda,’ ‘Mrs. Doubtfire,’ and ‘The Parent Trap.’

Sam Rybka and her twin sister, Teagan, began training in acrobatics when they were 3 years old. Initially, she and Teagan were not naturally flexible in the back or legs. Their mother, who was an acrobat, and their trainers worked hard on their flexibility and techniques to help them grow as professional acrobats. Simultaneously, she and Teagan started training in dance at the ‘Debra McCulloch Dance Academy’.

Initially, she pursued dance as a hobby. However, once she started participating in various dance competitions, she became passionate about art. They eventually began learning various dance forms, such as jazz, ballet, tap, lyrical, and hip-hop. They even tried their luck at singing.

She and Teagan launched their YouTube channel, ‘The Rybka Twins,’ in January 2012. The channel is exclusively dedicated to acrobatics and dance. The Rybka sisters share their acrobatic and dance routines through their vlogs. As their channel began to gain popularity, she and Teagan began introducing content related to gymnastics, fashion, and fun challenges. The channel has gained over six million subscribers.

Fame after entering ‘Australia’s Got Talent’

The Rybka sisters began offering dance and drama training sessions even before they could finish their university course. In 2015, she and Teagan received an offer from the YouTube channel ‘Squared,’ owned by twins Brooklyn and Bailey, to share their sessions through the channel.

The Rybka twins are associated with the New York-based talent agency ‘Cunningham Escott Slevin & Doherty’ (CESD). Their talent agent, Lakey Wolff, guides them in shaping their careers. She and Teagan have now become a professional acro-dance duo and perform at various competitions, corporate events, dance concerts, and recitals.

Moreover, the twins wish to appear on the popular talk show ‘The Ellen DeGeneres Show’. They also wish to team up with the dancers who accompany pop star Katy Perry at her shows. Moreover, they also plan to launch their own dance and fitness clothing line. The twin sisters even own their book titled ‘Twinning It’. In Twinning It, they share their life story to date, as well as lots of fun tips. And advice for balancing family and friends with fitness goals, fashion, beauty, and fun. 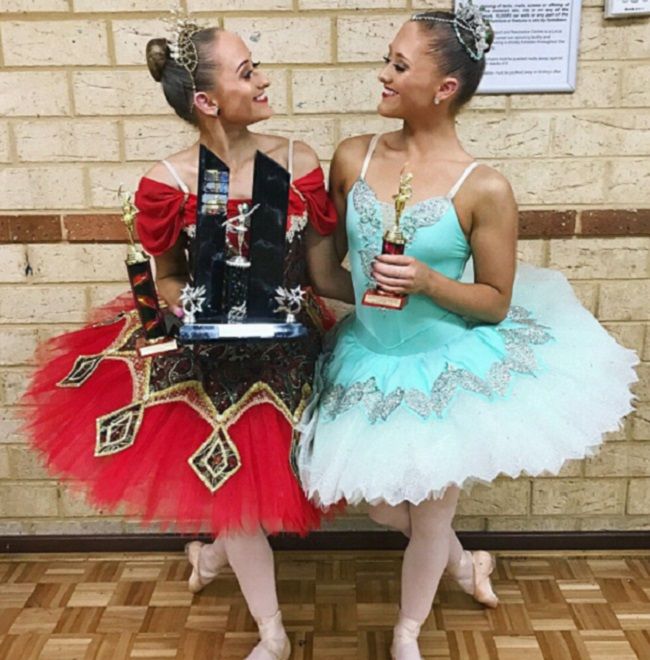 Sam Rybka and her sister clicking a photo holding their awards. Source: Pinterest

The dedicated dancer has somehow managed time for her love life. And Sam Rybka has been romantically involved with health, wellness, ‘CrossFit,’ and fitness personality, Zac Spencer. They started dating in 2017 and also celebrated their anniversary. Initially, she never posted pictures with Zac on her social media pages.

She introduced Zac to her fans on their first anniversary, May 29, 2018, through a picture on Facebook, with a heartwarming caption. On July 12, 2018, Zac appeared on her channel for the first time. It was a challenging video in which Zac and Teagan had competed. But, unfortunately, their beautiful bond lasted until mid-2018.

Similarly, she has maintained a very good profile. This energetic dancer is far from rumors and controversies. She has never been through any kind of controversies to date.

Sam Rybka is a pretty girl who has a curvy-looking slim body figure. Similarly, she has an Athletic body physique. She has a height of 5 feet 9 inches. Her body weighs 58 Kilos. Other than this, the gorgeous lady hasn’t revealed any other body measurements. Moreover, she has a pair of beautiful blue eyes and blonde hair. She has an amazing and bold personality. 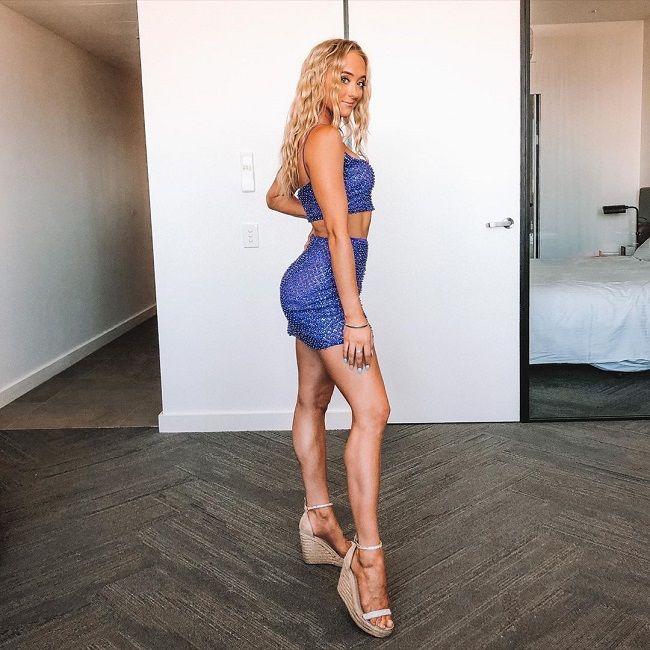 She is sure to pocket a handful amount of money through her profession. She is rising to stardom with her dedication to dancing. The source of income is from her Youtube channel ‘Rybka Twins’. The twins earn nearly around $2 million as their net worth. Moreover, she has endorsed brands such as Zaful and BAND smartphone app.