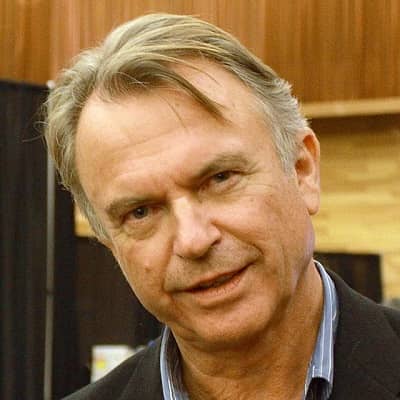 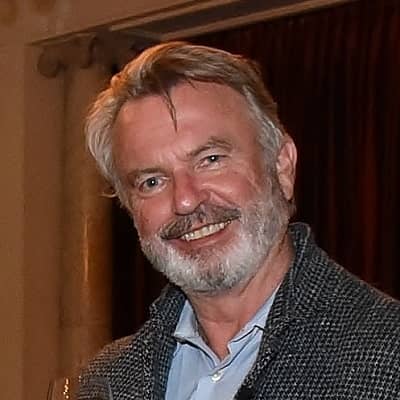 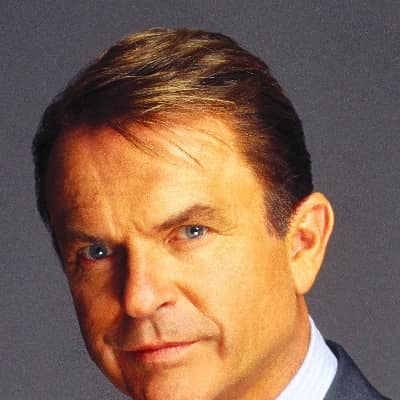 Sam Neill is a professional New Zealand actor. Sam Neill is also a director, producer, and as well as screenwriter. Moreover, he is known for his roles in “Event Horizon”, “The Hunt for Red October’, “Memoirs of an Invisible Man”, “Jurassic Park 3”, and many more.

Likewise, he was born to his parents Dermot Neill (father) and Priscilla Neil (mother). His father is professionally an army officer but his mother’s profession is unknown.

Similarly, he holds both British and New Zealand nationality but his ethnicity is not available. As born on September 14, he has Virgo as his zodiac sign.

Talking about his educational background, he is a graduate student. His first experience with acting came while he was a student of English literature at the University of Canterbury.

He moved to Wellington in order to pursue his higher education at Victoria University. And, he received a BA in English literature.

Talking about his relationship status, Sam Neill has had two marriages throughout his life. From his first marriage to actress Lisa Harrow (1980–1989), he has a son named Tim. And, from his second marriage to makeup artist Noriko Watanabe, he has a daughter named Elena (1989- separated in 2017). 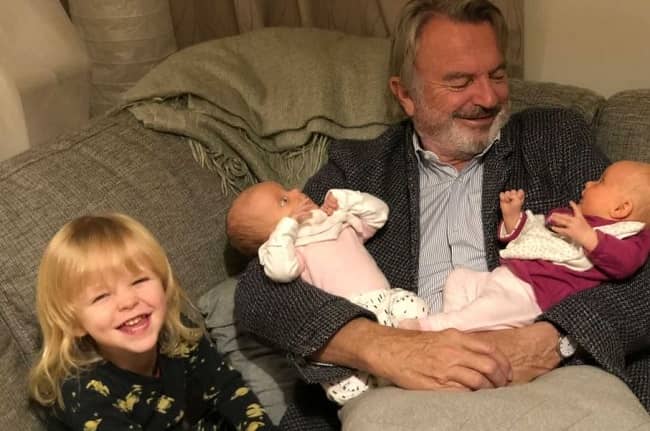 Caption: Sam Neill was captured with his grandchildren
Source: Liverampup

In addition, he has a stepdaughter named Maiko Spencer who is Watanabe’s child from a previous marriage. And another son named Andrew from a relationship he had in his twenties.

Sam Neill is a professional New Zealand actor. Neill started his career as a member of the New Zealand National Film Unit and spent seven years working on documentaries before dedicating himself totally to acting.

His first acting career was in the New Zealand television pictures The City of No (1971), which was followed by the short film The Water Cycle (1972), another television film Hunt’s Duffer (1973), and the film Landfall (1975). Additionally, he created, directed, and starred in the 1974 movie Telephone Etiquette. 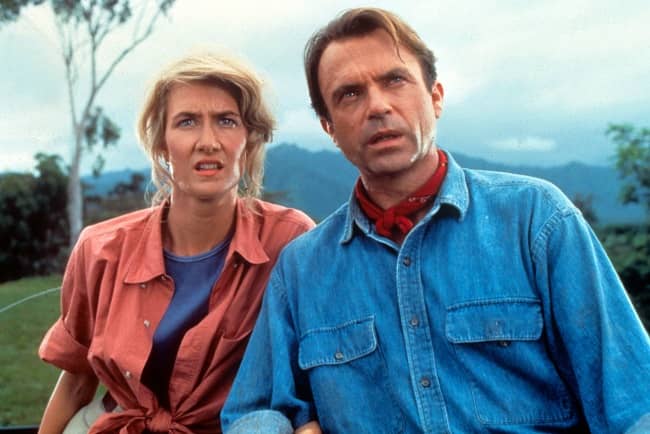 Moreover, he gained attention in New Zealand in 1977 for his leading performance in the drama-action thriller Sleeping Dogs. The Sullivans, a historical drama series, cast him in the guest role of Ben Dawson that same year.

Furthermore, he achieved enormous popularity on a global scale in 1993’s Jurassic Park, a big-budget science fiction action movie directed by Steven Spielberg (he returned to the character in 2001’s Jurassic Park III).

He gained additional popularity the same year thanks to Jane Campion’s multi-award-winning historical drama The Piano, which tells a story of forbidden love. Further, his other famous work from the 1990s include the films Bicentennial Man (1999), The Horse Whisperer (1998), and In the Mouth of Madness (1994).

Likewise, he played in the three-part television miniseries Merlin (1998). His portrayal of the lead character in the latter earned him praise. He took on the same role in the 2006 follow-up, Merlin’s Apprentice.

He received his first significant international role award in 1981 for his portrayal of Damien Thorn, the devil’s son, in Omen III: The Final Conflict. He also performed brilliantly in Andrzej uawski’s cult classic Possession that same year.

Furthermore, he was one among the front-runners to replace Roger Moore as James Bond, but Timothy Dalton ultimately won the role. His portrayal as Michael Chamberlain in the 1988 film Evil Angels, which was known as A Cry in the Dark outside of Australia and New Zealand, is one of several Australian roles he has played. The movie is about the case of Azaria Chamberlain.

Moreover, he performed as Tommy Brock in the 2018 Peter Rabbit film and played Mr. McGregor. He was originally chosen to play Denis Goldberg in Escape from Pretoria in 2019, but Ian Hart was ultimately chosen to play the part. In Jurassic World Dominion, which debuts in July 2022, he was confirmed to play Dr. Alan Grant once more in late 2019.

In the 1991 Queen’s Birthday Honours, Neill was rewarded for his acting achievements by being named an Officer of the Order of the British Empire.  He had the distinction of being named a Distinguished Companion of the New Zealand Order of Merit in the 2007 New Year Honors (DCNZM).

Moreover, Those with DCNZM or higher honors had the option of changing them into awards when the New Zealand royal honors system brought back awards in 2009. Neill declined because he felt the title of Sir was “simply far too magnificent, by far.”

In 2002, Neill received an honorary Doctor of Letters degree from the University of Canterbury. In recognition of his exceptional performing career, leadership, and mentoring of others in the acting industry, Neill received the 2019 Equity New Zealand Lifetime Achievement Award.

Additionally, in 2020, he received an Arts Foundation of New Zealand Icon Award.

Further, Sam is a remarkable individual who resides in New Zealand. He has a large number of properties in both the United States and New Zealand. In Christchurch, New Zealand, she has a home. Additionally, he owns a handful in California and New York.

Moreover, Sam Neill is a very popular actor who has a large car collection. He is the proud owner of a range of luxury vehicles, including a Maybach, Mercedes AMG, and Range Rover. Sam enjoys muscle vehicles as well because he owns a Mustang GT.

Talking about his physical appearance, he has a height of 6 feet and a weight of 70kg. However, there is no information about his other body measurements like his dress size, shoe size, waist size, hips size, and so on. Likewise, he has a pair of blue eyes with salt pepper hair color. 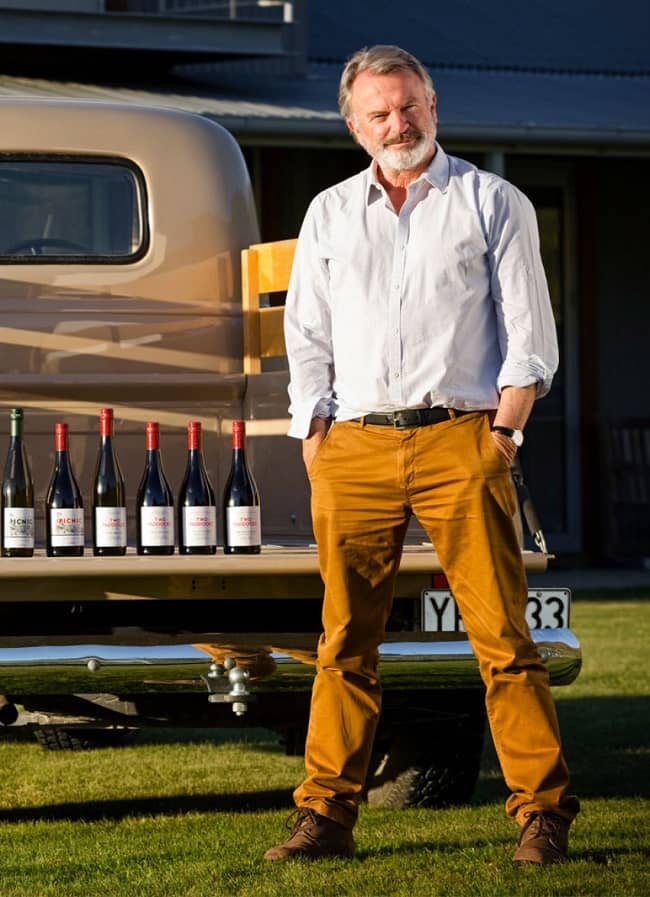