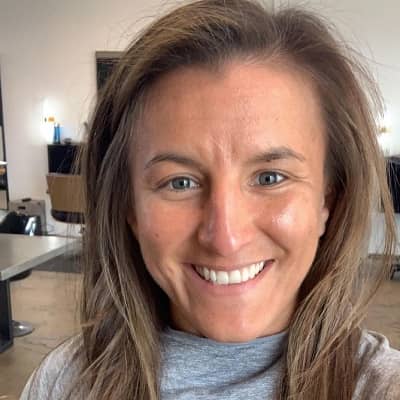 Sam Hughes is a professional mixed martial artist (MMA) fighter who has wowed audiences with her incredible combat style. Out of the seven pro bouts Sam Hughes has competed in, she has won five of them. She is currently a member of the Ultimate Fighting Championship’s (UFC) Women’s Strawweight Division.

Sam Hughes was born in the streets of Davenport, Iowa, in 1992. Every year on June 28th, she celebrates her birthday. She is 29 years old. Her zodiac sign is Cancer, and her nickname is Sampage. Her father’s name is Danny Hughes, and she has two brothers. Despite posting a few pictures of her mother, the MMA fighter has not disclosed her mother’s name. She has an older brother, Anthony Hughes, who is a doctor, in addition to her parents. 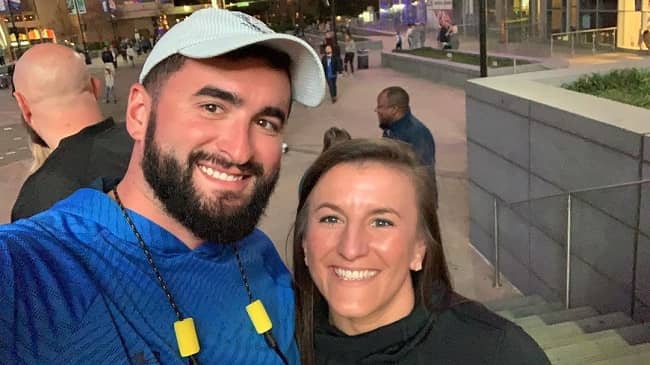 Caption: Sam Hughes posing for a selfie with her brother (Source: Instagram)

Sam Hughes began her MMA career as a novice. On August 6, 2016, she faced Marinna Vela in her first fight. Her first match ended in a rear-naked choke submission, which she won. Following the victory, she lost two consecutive matches to Tiani Valle and Shawna Ram.

When she faced Lupita Godinez on July 15, 2017, she faced her first draw. She beat Hannah Scoggins on August 19, 2017, to earn her second victory and the Warfare FC Strawweight Championship. Hughes faced Melanie McIntyre on October 13, 2018, in the final bout of her amateur career. She captured the SFU Strawweight Championship by defeating her.
She became a professional after that. On February 23, 2019, she faced Kyla Frajman in her first professional MMA fight. In the first round, she submitted her with a rear-naked choke submission. After that, she went on to win her next three fights, beating Loren Benjar, Bethany Christensen, and Lisa Mauldin. 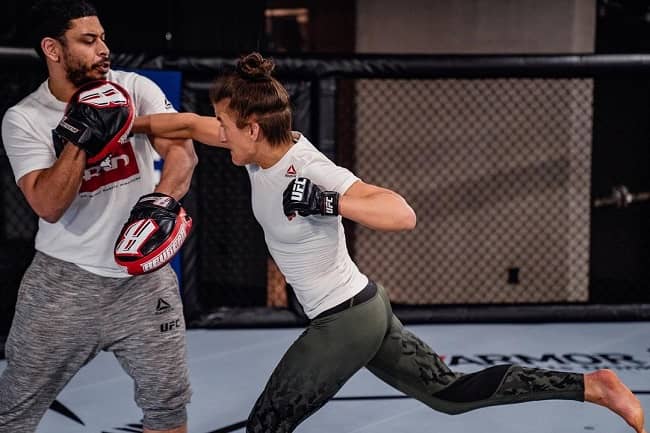 When she faced Vanessa Demopoulos on July 17, 2020, she suffered her first professional MMA loss. She also missed the opportunity to win the vacant LFA Strawweight Championship when she lost to Demopoulos. Despite such a humiliating defeat, she went on to defeat Danielle Hindley in her next match.

Unfortunately, Tecia Torres defeated her, and her confidence was shattered once more. She is currently training for her upcoming fight with Loma Lookboonmee. On May 1, 2021, the battle will take place.

With such a successful career at such a young age, it’s safe to assume Sam Hughes has amassed a sizable fortune. Furthermore, her signing with the world-famous UFC must have boosted her bank account.

So, how much money does she have? Regrettably, the MMA fighter’s earnings and net worth remain unknown. Despite this, according to some sources, an MMA fighter’s average salary in the UFC is about $138,250.

The Warfare FC Strawweight Champion prefers to keep the particulars of her personal life hidden from the media and the general public. Her social media handles, likewise, give no indication of her relationship status. She might be single currently.

Hughes’ privacy suggests that she is either secretive about her love life or has yet to meet the right person with whom she can flaunt images.

She is strong and has a good personality. She stands 5 feet 5 inches tall. Likewise, she weighs around 124.80 lbs. She has blue eyes and brown hair color.