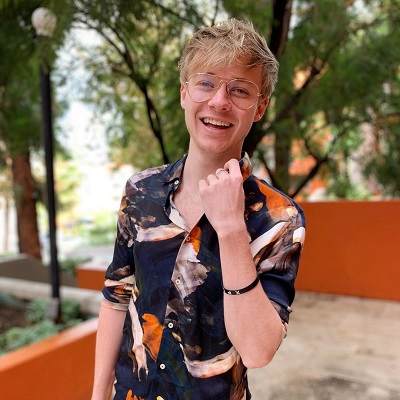 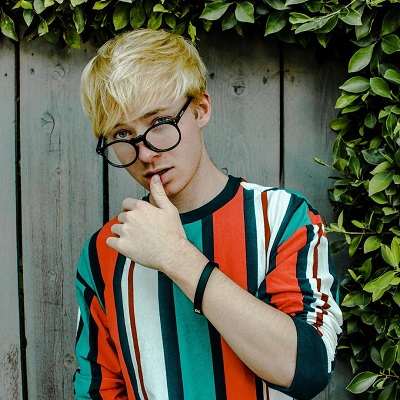 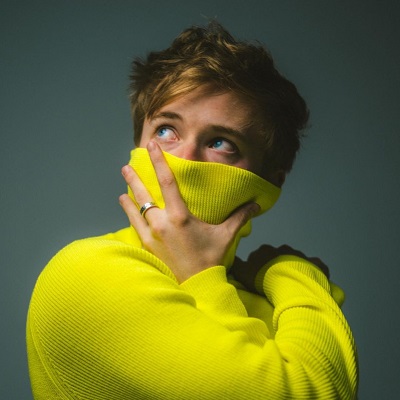 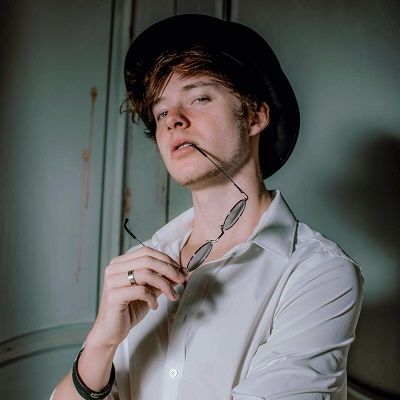 Sam Golbach was born on November 27, 1996, and his age is currently 25 years old. His zodiac sign is Sagittarius and he is originally from Leewood, Kansas. Talking about his family, he has an older sister named Allison and a younger brother named Ben. Likewise, his parents are his mother Cindy, and father Kirk.

Regarding his educational journey, he went to Blue Valley High School along with his best friend Colby. Later in 2015, he moved to Los Angeles to focus on his career. 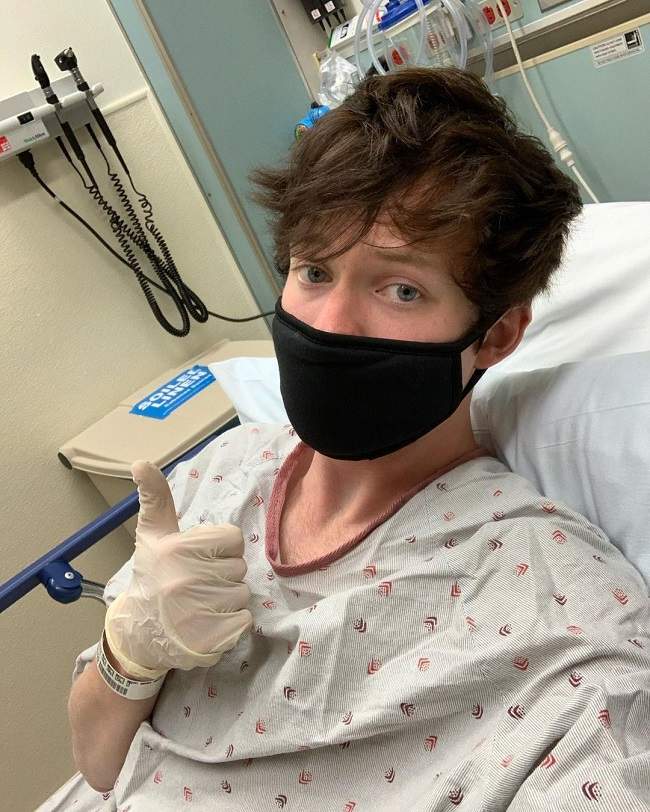 Caption: Sam Golbach posing for a photo while still in a hospital bed after trying to jump off the roof at his house for a Tiktok video. Source: Instagram

Talking about his social media presence, Sam Golbach joined Twitter in January 2013 and so far has over 830.1K followers on his @samgolbach account.

Similarly, he created his “Sam Golbach” Youtube channel on June 19, 2016. So far, this channel has earned over 262.7 million views and 2.13 million subscribers. We can also contact him at [email protected] for more information.

He also operates a joint Youtube channel with his friend Colby Brock called “Sam and Colby”. They created this channel on October 29, 2014. At the time of writing this biography, this channel has garnered over 537 million views and 4.63 million subscribers.

So far, this account has garnered over 786.3K followers. The duo also created a joint Facebook page on May 14, 2015, and so far has over 590k people following their journey on this platform.

We can also contact them at [email protected] for more information. Therefore, he has an estimated net worth of $1.2 million.

Sam Golbach is in a romantic relationship with Katrina Stuart. The lovers have been together with each other since the year 2015.

Moreover, Katrina is a pop singer. Likewise, he introduced his lover to his fans and followers through a video uploaded in January 2017. 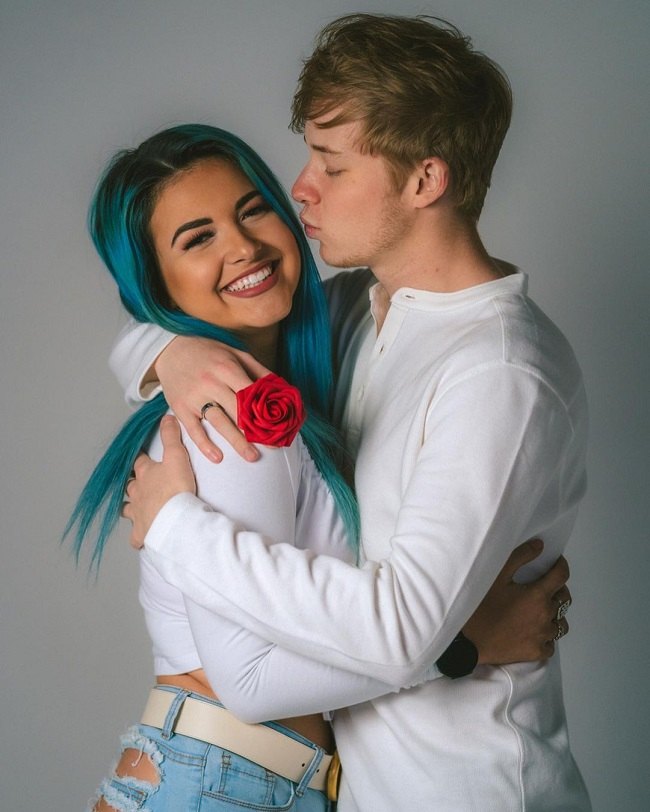 Sam and Colby have been under scrutiny from social media policy. It is because of their content that the authorities often designate them as a juvenile, offensive, and disruptive.

While titles like Following Fat People caused protests from specific groups of people, disruptive pranks like placing a couch inside the elevator resulted in their being banned from the particular Oak Park mall.

In November 2015, fellow YouTuber Sam Pepper played a prank on him that involved his best friend Colby being fake kidnapped and fake shot in the head.

That video received a lot of admonitions from the media for spreading negative imagery across the internet. Recently, he has changed his social media motto to “upward and onward”. With this motto, he aims to focus on the good aspects of life rather than just pranks and mischiefs.

Professionally, Sam Golbach is a social media star who first became popular for collaborating with his friend Colby Brock on the Vine account “Sam and Colby”.

The duo also became popular for their live broadcasts on YouNow. At present, he has more than 1.3 million followers on his personal Instagram account.

He and Colby reached their first 10,000 Vine followers in January 2014. The duo then attracted over 1 million followers by the time the app was shut down.

Moreover, he became the founder of “The Life Project”. He is also an author with the book “Paradise Island” under his name. Furthermore, he is also an entrepreneur who started a merch at the “Fanjoy” merch collection.

While still in school, he started discussing ideas to produce a number of videos that had the shock value to engage viewers along with his friend Colby.

All of these were prank videos that included the two friends causing trouble in all sorts of places, from a mall to the local Target store to the park fountain.

The duo shot these pranks with their phone camera, kept them short and sweet, and started uploading them to Vine. Soon after, they amassed quite a following, with one of their videos Following Fat People gaining a record view of 10 million views.

In this particular video, he followed random people at a supermarket while playing the saxophone. He often received quite the verbal bashing from their targets.

By the time Vine was taken down, the joint account had more than 1.6 million fans. He then moved on to YouTube. There, he continued to make more prank videos and also started making personal vlog entries on various subjects. 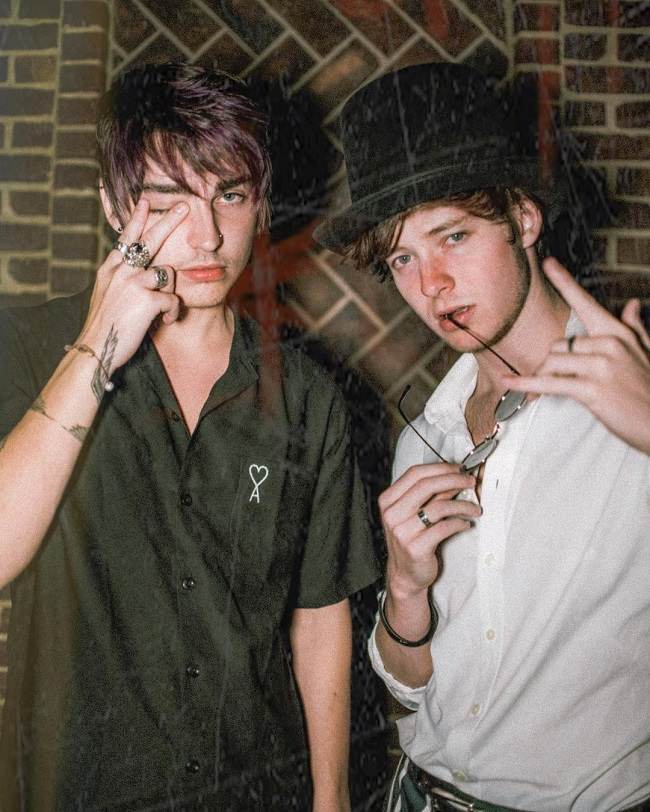 The things that make him special are definitely his cute looks coupled with a killer sense of humor. He is funny and at the same time goofy in an irresistible boy-next-door sort of way.

His blue eyes and unruly blonde locks have the girls swooning, some even putting up strong displays of emotion just so they can meet him.

His pranks are elaborate and extremely funny and his works reveal a sharp brain behind the whole execution. At the same time, the young social media star is focused on making teaching, his other passion in life, a reality.

Together with Colby, he has introduced “The Life Project”. It focuses on teaching people to build healthier life skills through engaging videos and has been featured by news agencies like BBC and Huffington Post among others. 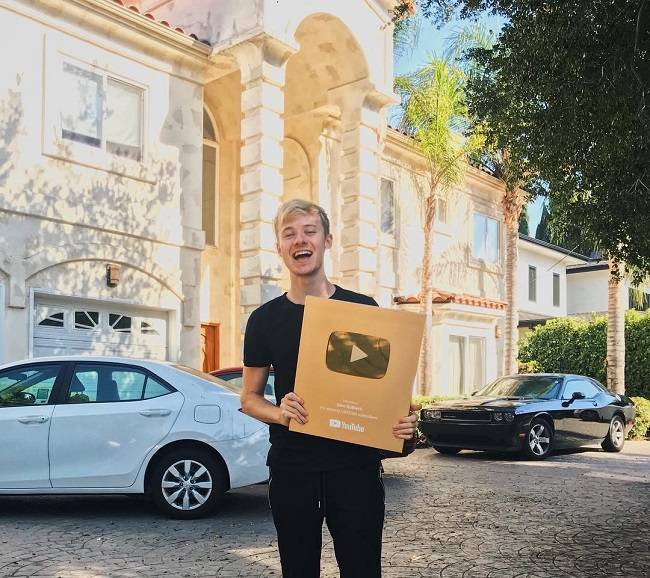 Sam Golbach stands tall at a height of approximately 5’8″ and weighs around 57 kg. Likewise, his chest-waist-hip body measurement stats are 44-29-35 inches respectively. He has mesmerizing blue eyes and dirty-blonde hair.