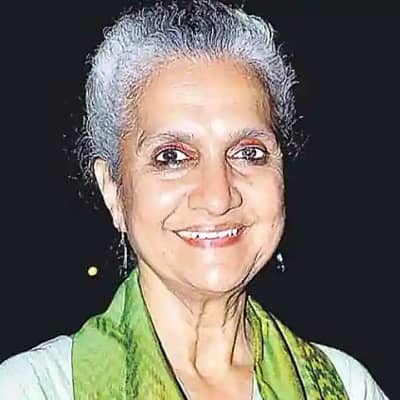 Salome Roy Kapur was born in November 1951 and she is 71 years old as of 2022. Her birth name is Salome Aaron. Talking about her family, Salome’s parents are her father Sam Aaron, and mother Ruby Aaron.

Both her parents are dancers. Moreover, Salome has a brother named Edwin. Further, Salome belongs to the Bene Israel community and is also Jewish.

Since the young age of 5 years, Salome has been trained in Indian classical as well as western dance forms.

Salome has trained in ballroom dance, various Latin American dances, Tap dance, Spanish dances, and folk dances when it comes to the western form of dancing. 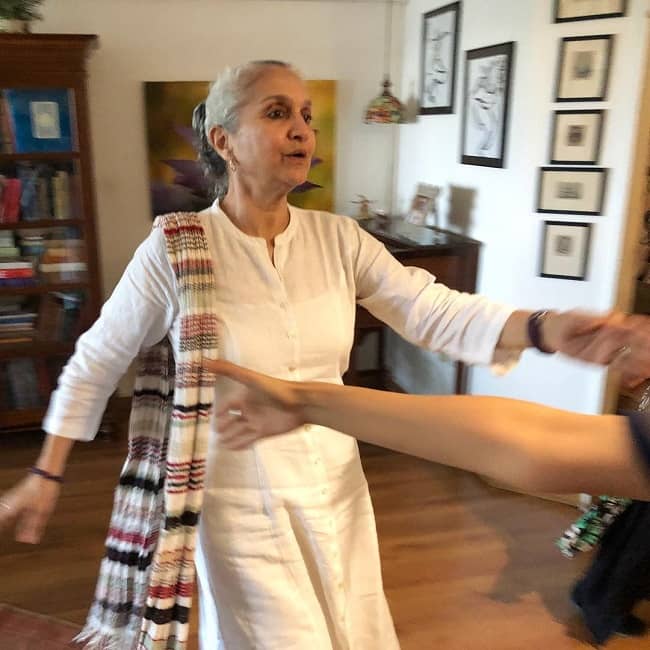 Salome Roy Kapur married Kumud Roy Kapur. Kumud is an ex-army officer and he is a Punjabi Hindu. The couple reportedly met each other at a bar when Kumud was an army officer with his posting in Kashmir.

Whereas Siddharth has established himself as a well-known producer. Similarly, actress Vidya Balan is Salome’s daughter-in-law, who is married to her son Siddharth. 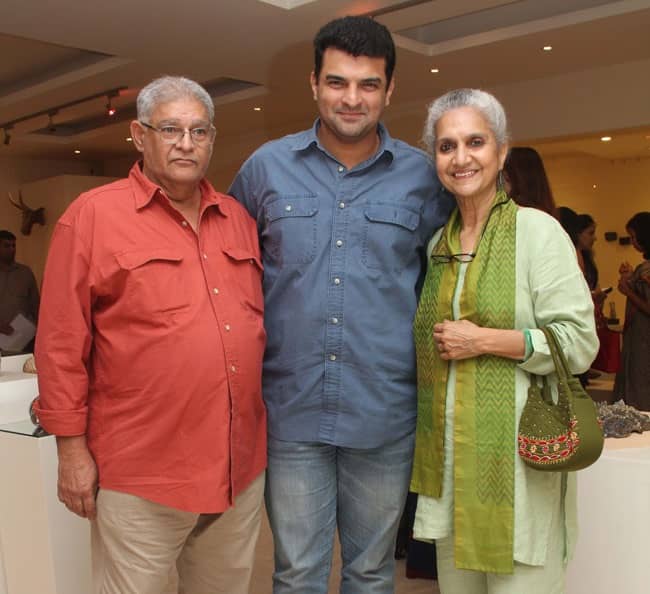 Caption: Salome Roy Kapur posing for a photo with her husband and eldest son. Source: SantaBanta

Professionally, Salome Roy Kapur is a prominent model, actress, and dancer. She started her modeling career in the year 1968. At the young age of 12 years, Salome also acted in a Cadbury advertisement with her brother.

The very next year, she also appeared in another advertisement. This time, it was for Apsara Sarees. Furthermore, Salome also walked the ramp at several events.

In these events, Salome used her dancing skills during her ramp walk. Then in the year 1971, beautiful and young Salome became the winner of a beauty contest in Spain.  Then in 1972, Salome bagged the title of “Miss India”.

It was with the film Tu Hi Meri Zindagi. 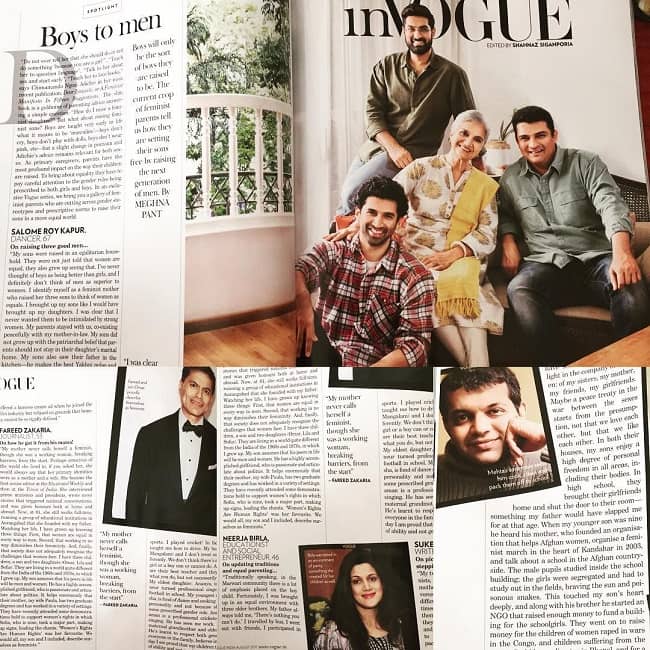 Caption: Salome Roy Kapur appearing on a magazine with her children. Source: Instagram

Her other acting credits include films like Ek Bechara in the year 1972 and Black in the year 2005. After a few movies, Salome moved to dance. Salome chose to become a choreographer over being an actress.

Salome is famous for choreographing the dance for item songs including Main Shayar To Nahin from the 1973 movie Bobby. She also choreographed the dance for the song Baylamos by Sarah Aroeste.

Sarah is a Manhattan-based Judaeo-Spanish musician. Besides this, Salome also conducts dance and grooming workshops in various schools. She also has a dance academy of her own.

Furthermore, Salome has also been the play director at GD Somani Memorial School for a long time. It is the same school where her children studied. 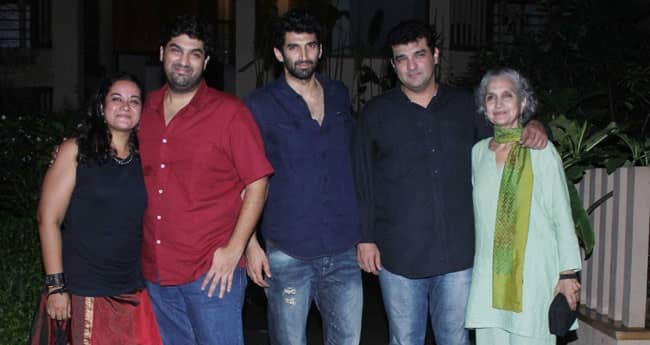 Caption: Salome Roy Kapur posing for a photo with her children. Source: SantaBanta

Talking about her parents’ professional life, Sam and Ruby Aaron were both dancers who were the first certified ballroom dancers in India. Her parents are also famous for bringing Samba to India during the 1940s.

Similarly, talking about her children’s professional life, her youngest son, Aditya is a famous Indian film actor. Aditya made his Bollywood debut in the year 2009 with the film London Dreams.

However, the actor gained immense fame with the 2013 film Aashiqui 2. Furthermore, her eldest son, Siddharth Roy Kapur was the chief executive officer of UTV Motion Pictures.

He is married to the famous Indian actress, Vidya Balan. At present, Siddharth is a film producer, founder, and managing director of “Roy Kapur Films”. He is also the President of the “Producers Guild of India”.

Prior to this, Siddharth was managing director of “The Walt Disney Company India”. Also, Salome’s second son, Kunaal Roy Kapur is a famous film actor and director.

Kunaal started his acting career with the Indian soap Just Mohabbat in the year 2001. Later on, Kunaal made his debut as a director in the year 2006 with the comedy, The President Is Coming.

Salome Roy Kapur stands tall at an approximate height of 5 feet 4 inches or 1.63 meters. Moreover, Salome Roy Kapur has brown eyes and hair of the same color which has turned grey with aging.

Other than this, Salome’s other body measurements including her weight, dress size, shoe size, chest-waist-hip measures, etc are unavailable at present.