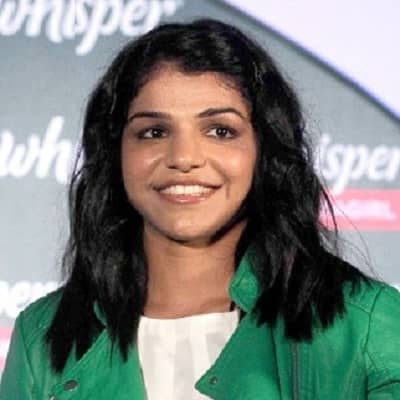 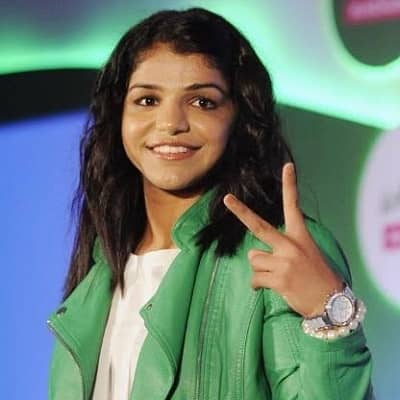 Talking about her family, Sakshi was born to her father Sukhbir Malik and her mother Sudesh Malik. Sukhbir was a bus conductor at Delhi Transport Corporation while her mother Sudesh was a supervisor at a local health clinic. Likewise, her grandfather, Badlu Ram is also a wrestler from whom Sakshi got inspired. In addition, she also has a brother named Sachin Malik. 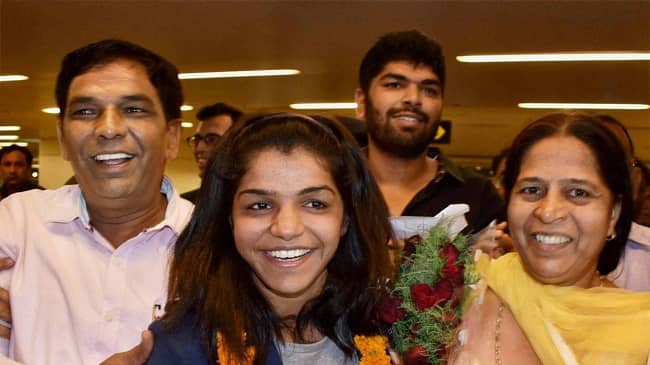 Moving towards her educational background, Sakshi joined Vaish Public School in Rohtak, Haryana firstly. Then, she joined DAV Centenary Public School from where she completed her schooling. Later, Sakshi attended the Maharshi Dayanand University in Haryana for her higher studies and graduated from there.

Sakshi Malik started her professional career in 2010 at the Junior World Championships. At that event, Sakshi won the bronze medal under the 58kg freestyle. Likewise, the wrestler also won the gold medal in the 60kg category during the 2014 Dave Schultz International Tournament. Since then, Sakshi is fully dedicated to wrestling.

In the 2014 Glasgow Commonwealth Games, Sakshi reached the semi-finals defeating Edwige Ngono Eyia of Cameroon in the quarterfinal. Sakshi faced Braxton Stone in the semifinal and won it. However, she lost the finals with Aminat Adeniyi of Nigeria and earned a silver medal.  Moving on, Sakshi finished third at the 2015 Asian Championships in Doha, Qatar, in the 60kg category and won a bronze medal.

The year 2016 is the most successful year for Sakshi as she got selected for the 2016 Rio Olympics by defeating China’s Zhang Lan. Sakshi won Round of 32 bouts against Johanna Mattsson of Sweden and Round of 16 bouts against Mariana Cherdivara of Moldova. At the repechage round, Sakshi defeated Pürevdorjiin Orkhon of Mongolia in her first bout. In the event, Sakshi won a bronze medal becoming the first female Indian wrestler to win a medal at the Olympics. 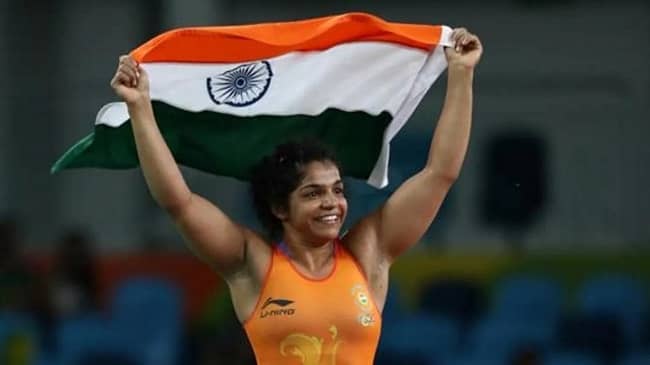 In January 2017, Sakshi Malik played for the Colors Delhi Sultans during the second edition of the Pro Wrestling League. Additionally, Sakshi has also been emphasized in the women’s day campaign called #EveryWomanStrong for her sponsor JSW Group.

Sakshi Malik is currently in a married relationship with Satyawart Kadian. Satyawart is also a famous Indian freestyle wrestler. The couple met each other through their wrestling career and started dating. Sakshi d Sataywart married each other on April 2, 2017. However, the duo hasn’t thought of any children as of now as they are more focused on their careers. 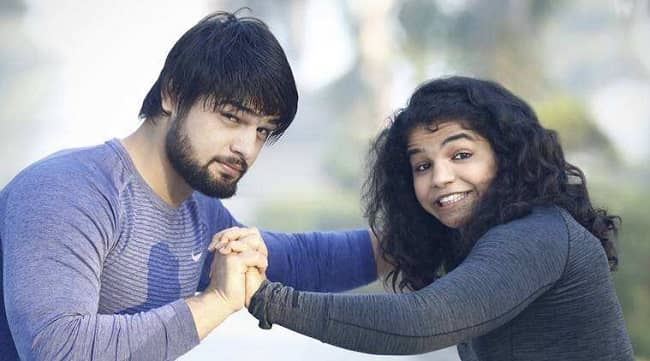 Caption: Sakshi with her husband (source: The Indian Express)

Talking about body measurement, Sakshi has a pretty well-shaped and well-maintained body. Since Sakshi is a wrestler, Sakshi is very concerned about her body figure and physical appearance. Similarly, Sakshi stands tall at a height of around 5 feet and 4 inches or 1.62 inches. Likewise, Sakshi has a bodyweight of around 58 kg or 128 pounds. In addition,  Sakshi has beautiful black eyes along with black hair.

Moving into social media availability, Sakshi is pretty much active on social media. She has his official account active on Facebook, and Twitter. Likewise, Sakshi has garnered a huge 768k followers on her Facebook page. Moreover, Sakshi joined Twitter in May 2016 and has already gained more than 510.4k followers.

Moving on, Sakshi has made a pretty handful amount of money from his career. However, she has kept her annual income and salary secret from the media. According to the online sources, Sakshi has an estimated net worth of around $1-$5 million US dollars.