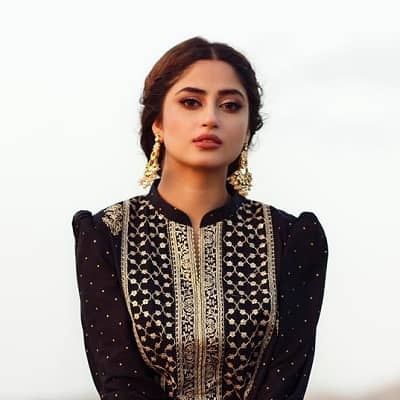 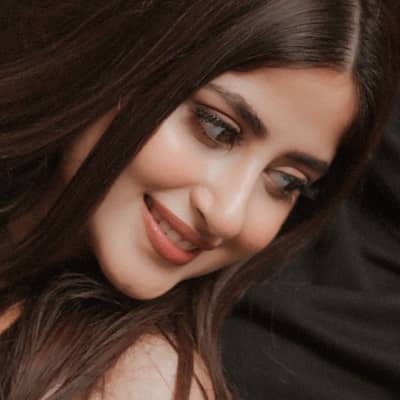 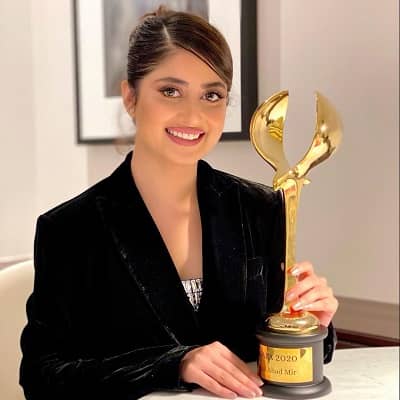 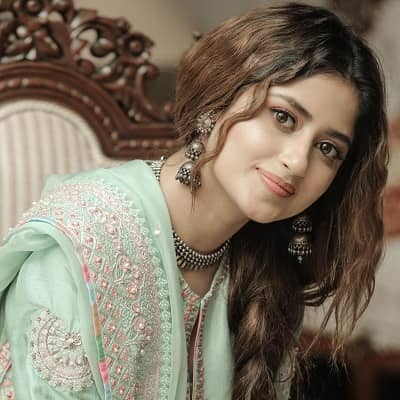 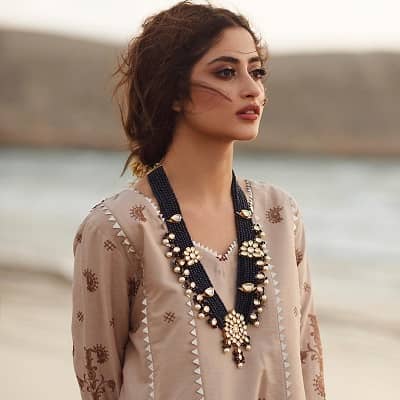 Sajal Aly was born on 17 January 1994 and she is currently 28 years old. Her name is written in Urdu as سجل علی‎. Moreover, Sajal hails from Lahore, Punjab, Pakistan, and her zodiac sign is Capricorn.

Talking about her family, Sajal’s mother is Rahat Aly but there is no information regarding her father. Nevertheless, Sajal has shared a few photos with her father on her Instagram profile. Moreover, Sajal lost her mother in 2017 due to cancer.

Likewise, Sajal has a sister namely Saboor Aly who is also a Pakistani actress. Moreover, Sajal also has a brother namely Ali Syed who is an engineer. There is no information regarding Sajal’s educational journey and other family details. 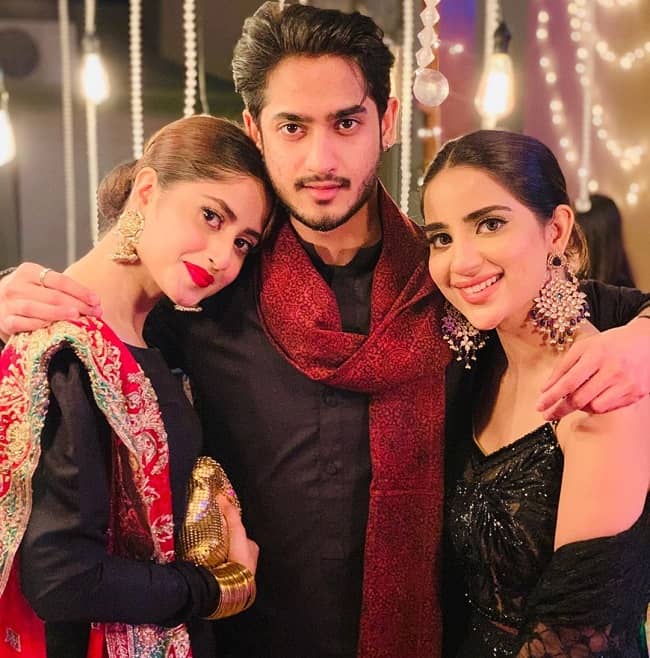 Sajal Aly had her engagement with Ahad Raza Mir on 6 June 2019. Later on, on 15 March 2020, Sajal and Ahad tied the knot in Abu Dhabi. Ahad Raza Mir is also a famous Pakistani actor. The couple worked together on the project Yaqeen Ka Safar. 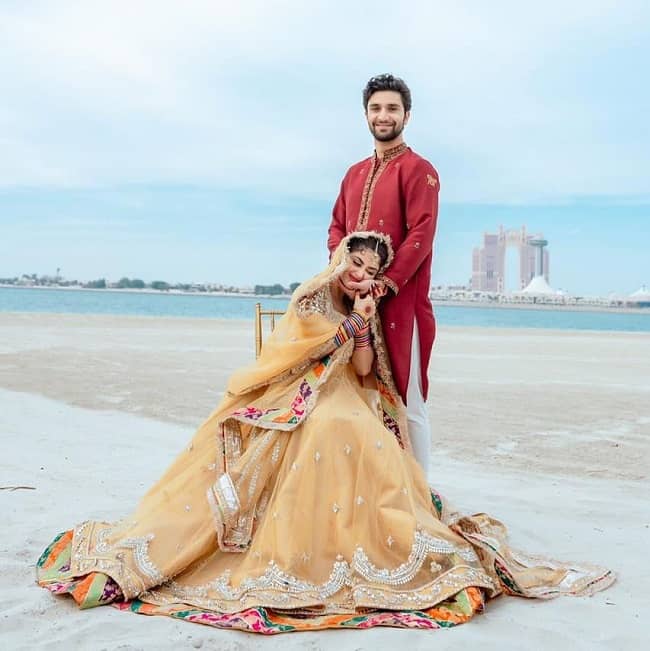 Caption: Sajal Aly and her husband Ahad posing for a photo after their wedding. Source: Instagram

Sajal Aly stands tall at an approximate height of 1.68 meters or 5 feet 5 inches and her weight is around 52 kgs or 115 lbs.

Professionally, Sajal Aly is a famous actress. People mostly recognize Sajal for her notable roles in a range of serials from contemporary social to romantic dramas.

The young actress made her 1st TV appearance with a minor role in an episode of Nadaaniyaan. It is a 2009 Geo TV come-drama.

Later on, Sajal had a breakout role in Mehmoodabad Ki Malkain. It is a 2011 ARY Digital family drama. Following this, the Pakistani actress gained fame and recognition for playing the lead roles in numerous successful TV series.

Some of these series are 2012’s Mohabbat Jaye Bhar Mein, Sitamgar, and Meri Ladli.

For several of her TV series, Sajal received Lux Style Award for “Best Actress” nominations. The actress gained more prominence after playing the role of a troubled child in Behadd in 2013.

She then portrayed the role of an aspiring actress in Zindagi Kitni Haseen Hay in 2016. This was also Sajal’s 1st feature film. 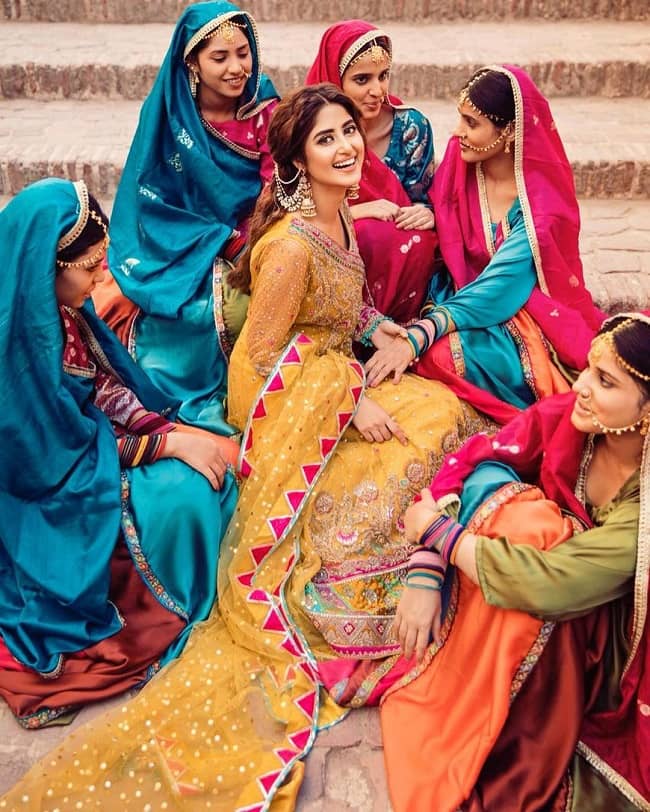 Caption: Sajal Aly was captured during a photoshoot. Source: Instagram

Furthermore, Sajal is also active in the Bollywood film industry. For her Bollywood film debut, Sajal worked alongside the veteran Bollywood actress Sridevi in the 2017 Indian film Mom.

Moreover, actress Sajal sang the theme song for the series O Rangreza. In this series, Sajal played the role of the character Sassi.

Furthermore, actress Sajal played the role of Chammi in Aangan. It is a 2018 period drama that airs on Hum TV. While writing this biography in July 2021, Sajal has several projects that are yet to air.

They are the film What’s Love Got to Do With It? and the TV show Ishq-e-Laa.

In 2018, Sajal bagged the Hum Awards for “Best Actor Popular” and “Best Onscreen Couple Popular” with Bilal Abbas Khan for her work on the serial O Rangreza.

The same year, Sajal also bagged the Hum Awards for “Best Actress Popular” and “Best Onscreen Couple Popular” with Ahad Raza Mir for her work on Yaqeen Ka Safar. Likewise, the actress also won the title “Best Actress” at the 2017 Hum Awards for her acting in Gul-e-Rana. 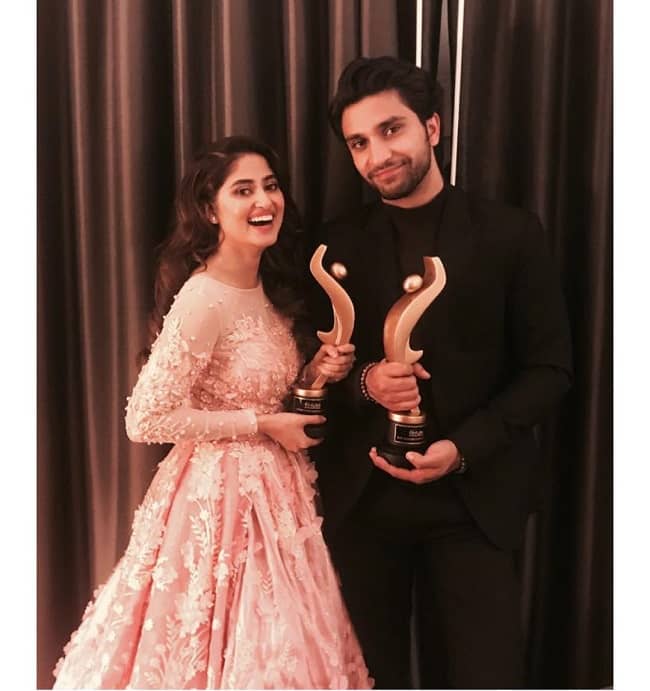 Caption: Sajal Aly and Ahad Raza Mir posing for a photo with their awards. Source: Instagram

Talking about the actress’s social media presence, Sajal Aly is available on Instagram under the username @sajalaly. On her personal account on Instagram, Sajal has earned over 7.1 million followers.

Moving on, Sajal Aly has a net worth estimation of around $7 million to $10 million US dollars.