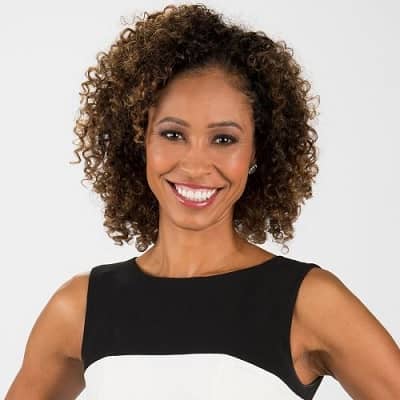 Sage Steele is a very famous television personality, reporter, and anchor from the United States. Sage Steele has been the host and co-hosted many programs as of today. Currently, she has been working in association with ESPN and is seen on the shows like SportsCenter.

Sage Steele was born on 28th November 1972, in Panama Central Zone, United States of America. This makes her 49 years old as of now. Her father’s name is Gary Steele, and her mother is Mona Steele. She has two siblings; Courtney Steele, and Chad Steele. While she holds an American nationality and practices Christianity. Further, she belongs to the African-American ethnicity. According to astrology, she has Sagittarius as her zodiac sign.

Talking about her formal educational status, she completed her schooling at Thomas B. Doherty High school in her hometown. While she also went to Carmel High School. And, she also accomplished her high studies at Indiana University.

Sage Steele is a very famous anchor, television personality, and reporter. She has been working for more than two decades in the industry in association with many different channels today and has made a great impact on it. Initially, she joined CBS affiliate WSBT-TV in Indiana after completing her studies.

She worked there as a sports reporter and news producer. While she later went to work for another CBS affiliate channel named WISH-TV in Indianapolis. There she worked as the weekend morning sports anchor and weekday reporter. 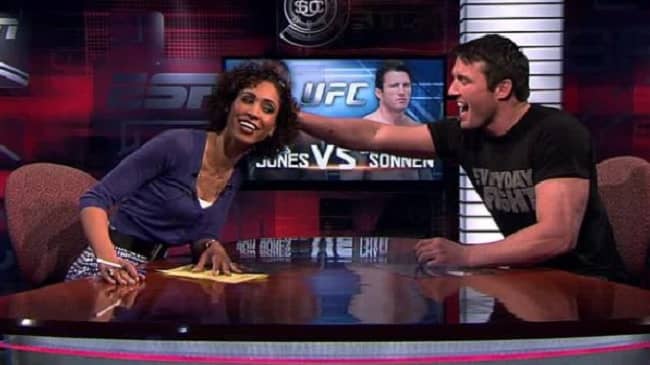 During her time there, she reported for teams like; Indiana Pacers, Indiana Colts, Indianapolis500, Brickyard 400 auto races, etc. Following her work, where she has also covered some major events like; NCAA Men’s Final Four in 1997, NASCAR, and Indy Car Series. Further, she started working for WFTS-TV as a reporter in August 1998. While she also worked for FoxSportsNet as a reporter and covered mega-event like Super Bowl XXXV.

One of her other memorable works was flagship the show SportsNite for six years. For it, she was named the beat reporter for the Baltimore Ravens. Following her career, she joined ESPN and initially saw the show named SportsCentre. Some of the other shows on the channel are; First Take, Mike & Mike, SportsNation, etc. Further, she has also hosted ABC and ESPN’s New Year’s Rockin’ Eve. She has hosted and appeared in many other such shows and continues to do so.

Sage Steele is living a comfortable life with her family. Thanks to the fame and fortune she has earned from her work as of today. Moreover, her total net worth is about $1.5 million US dollars as of 2022.

Moving on toward the romantic and private life of Sage Steele, she is married. She tied the knot with Jonathan Bailey on 30th October 1999. They are leading a comfortable life with three children. They are Quinn Bailey, Evan Bailye, and Nicholas Bailey. Apart from it, she has no affairs with any other person. While she is straight regarding gender choices. And, she does not have any kind of controversial events till today. 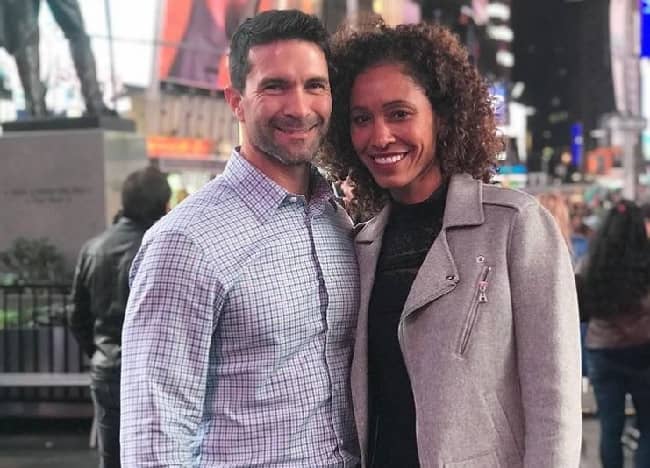 Sage Steele is very good-looking and has an amazing personality. The anchor and reporter stand about 5 feet and 10 inches tall. While she weighs 60kg. Moreover, talking about the overall body measurement, the number ranges to 32 inches bust, 24 inches waist, and 34 inches hips. The color of her eyes is black, and she has dark brown colored hair.