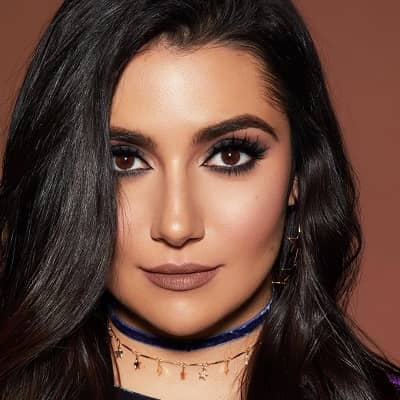 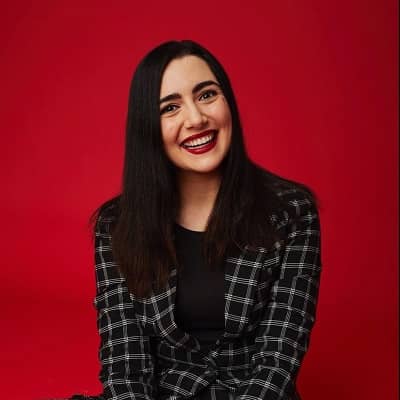 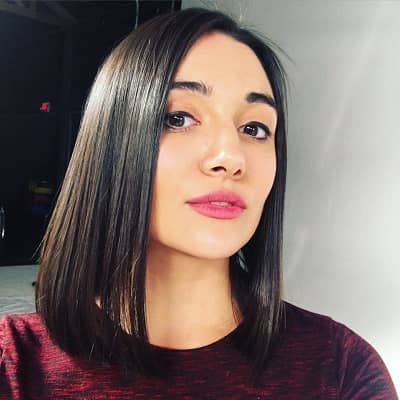 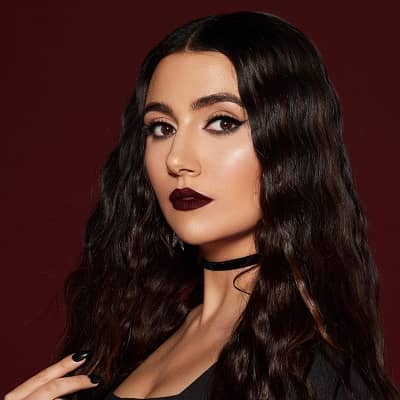 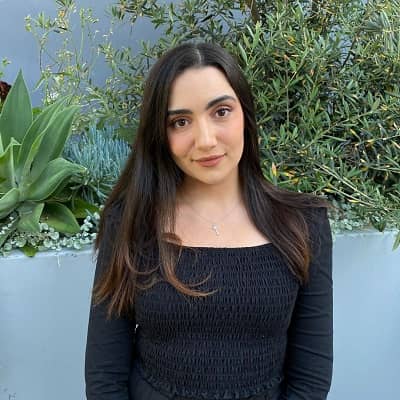 Safiya Nygaard was born on July 16, 1992, and she is currently 28 years old. Safiya hails from Santa Clara, California, U.S., and her zodiac sign is Cancer. She later grew up in Chicago and her middle name is Jaffer. Talking about her parents, Safiya’s father of Danish descent whereas her mother is an Indian. Safiya then moved out of Chicago to attend Stanford University. Prior to university, she attended Whitney M. Young Magnet High School and graduated in 2011.

While in Standford, Safiya participated in theatre productions of Cat on a Hot Tin Roof, Les Liaisons Dangereuses, and The Crucible. Moreover, Safiya is an avid Harry Potter fan and loves pop culture. Further, Safiya also worked as a Library intern at Victory Gardens Theatre as well as a sales assistant at Abercrombie and Fitch. 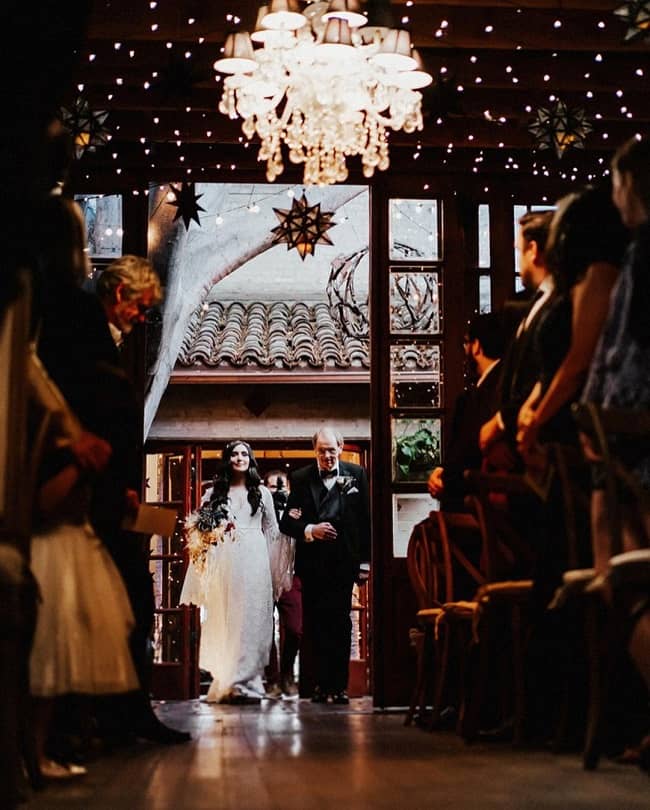 Caption: Safiya Nygaard walking down the aisle during her wedding ceremony with her father. Source: Instagram

Professionally, Safiya Nygaard is a popular Youtuber, actress, comedian, and writer. Safiya initially gained fame by creating video content for BuzzFeed. She is also famous as a beauty vlogger. The multi-talented personality has starred on her self-titled YouTube channel that has now reached over 9 million subscribers and still growing.

Prior to her social media fame, Safiya appeared on a number of stage productions during her early career. The talented personality has also posted a compilation of her acting samples in a demo-reel posted to her Youtube channel in December 2014.

One of her most famous Youtube videos is Why I Left Buzzfeed and she is also known for the series of Bad Beauty Science videos. In the latter, Safiya mixed together all of her liquid lipsticks, foundations, eye shadows, and highlighters and created Franken products.

Moreover, Buzzfeed hired Safiya in April 2015. She then worked as a video producer for Buzzfeed’s show Ladylike. While working with the company, Andrew Gauthier helped her and Lizz Warner prank one of the BuzzFeed staff members on camera. Andrew is the head of the BuzzFeed video department. 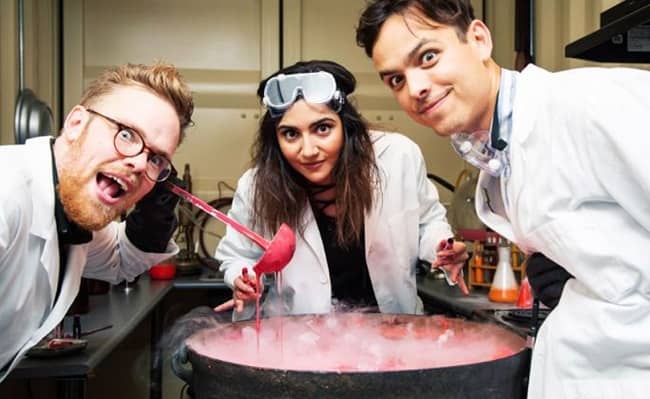 Initially, Safiya joined Buzzfeed as a production intern in April 2015. Later in October the same year, Safiya co-created the series Ladylike with Fredricka Ransome. Safiya then became the producer of the show in November and worked on this series for 15 months.

However, Safiya left Buzzfeed in January 2017. She later explained the reason behind why she left Buzzfeed in her popular 2017 video titled Why I Left Buzzfeed which has over 14.9 million views. Additionally, Safiya Nygaard appeared in the 2018 season of Escape the Night.

Likewise, Safiya is often credited for starting a YouTube trend of mixing large quantities of a single type of beauty product together. The Youtube personality has also made several fashion-related videos. Some of them are wearing strange or novelty clothing items like clear pants, 9-foot long jeans, and thigh-high Ugg boots.

Then in October 2019, Safiya Nygaard released a lipstick collection for which she collaborated with “ColourPop”. Furthermore, Safiya is also one of the finalists for the “YouTuber of the Year” award at the 10th Annual Shorty Awards. 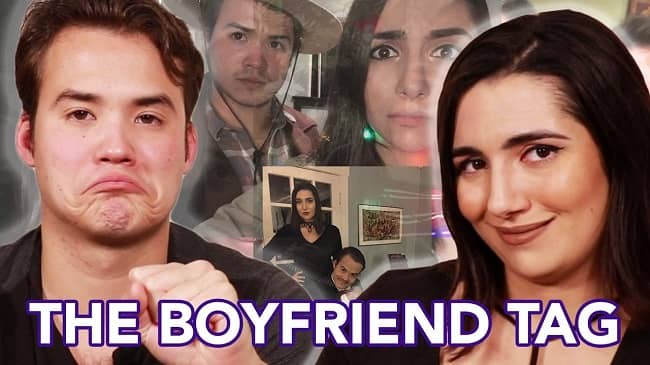 Safiya Nygaard married Tyler Williams. The two are YouTube collaborators who had been dating each other since 2015. During their wedding in 2019, many YouTubers attended the ceremony including Cristine Rotenberg (Simply Nailogical), Jenna Mourey (Jenna Marbles), and Shane Dawson.

Moreover, Safiya temporarily moved to Philadelphia in early 2021. The couple moved from Los Angeles. Then recently in February 2021, the family relocated to Raleigh, North Carolina. 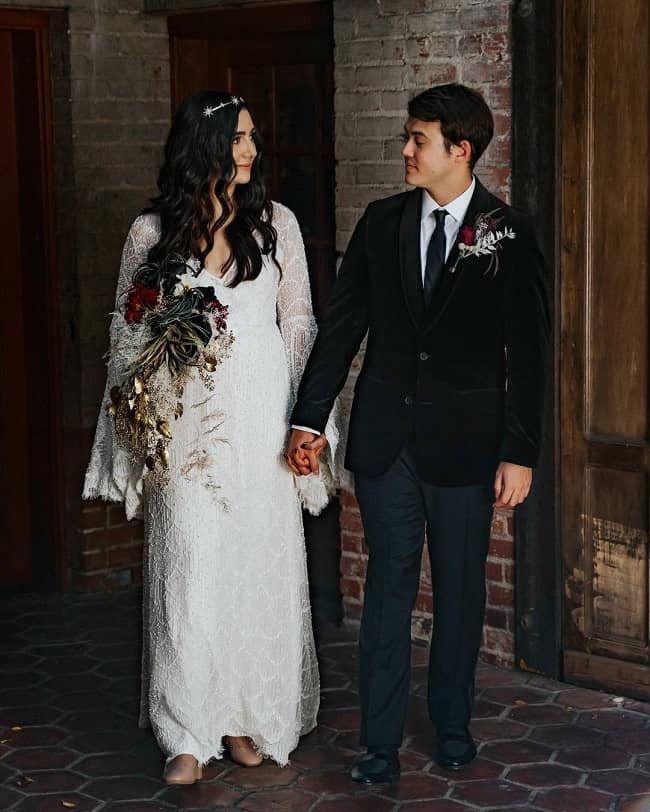 Safiya Nygaard stands tall at an approximate height of 177 cm or 5 feet 10 inches and her weight is around 65 kg or 143 lbs. Likewise, Safiya has a chest-waist-hip measure of 34-26-35 inches respectively. Moreover, the Youtube star has dark brown eyes and hair of the same color.

Talking about her social media presence, Safiya Nygaard joined Twitter in July 2011 and so far has over 603.4K followers on her @safiyajn account. Likewise, she goes by @safiyany on Instagram with over 2.2 million followers. She also has over 72K people following her account on her Facebook page.

She is also active on Tiktok with over 564.5K followers and 5.4 million likes on her @safiyany account. Moving on, Safiya Nygaard has a net worth of approximately $3 million with a worth of $727,000 from her Youtube alone.