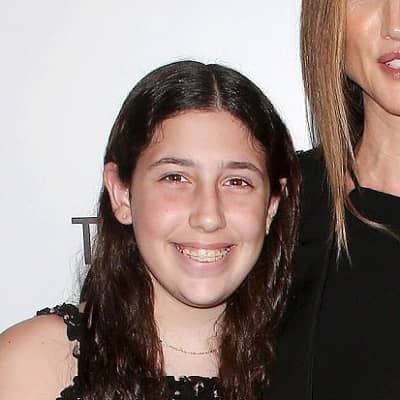 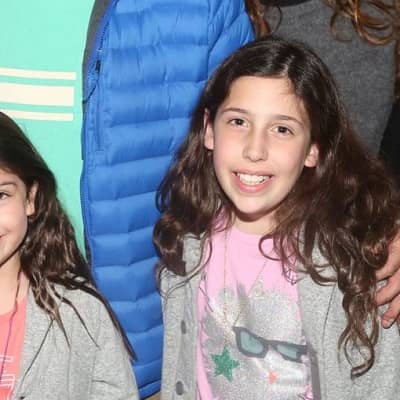 Sadie Sandler is a young American actress. Sadie Sandler is also famous as the celebrity daughter of Adam Sandler and his wife Jackie Sandler. The young lady is also a voice actress at such a young age.

Sadie Sandler was born on May 6, 2006, and she is currently 16 years old. She hails from Los Angeles, California, and her zodiac sign is Taurus.

Talking about her family, her parents are Adam Sandler and Jacqueline Titone. She also has a younger sister named Sunny.

Further, she is the cousin of Jared Sandler, an internationally touring comedian. Also, her grandparents are Stan Sandler and Judith Sandler (an actress). Likewise, her full name is Sadie Madison Titone-Sandler. 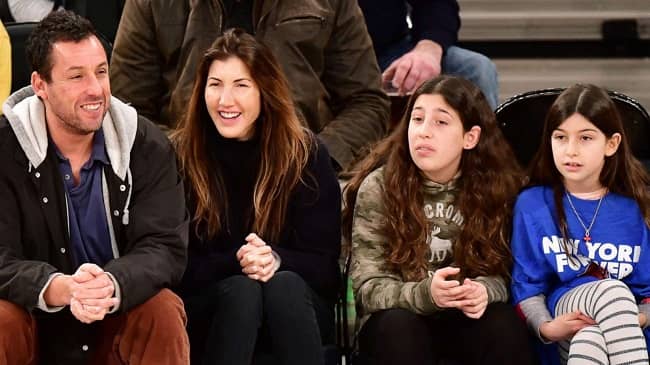 Caption: Sadie Sandler was captured with her whole family at a game. Source: Good Morning America

Sadie Sandler is single at the young age of 14 years. However, she is sure to attract many lovers in the future with her beauty, talent, and humor.

Talking about her parent’s relationship details, Jacqueline “Jackie” Sandler (née Titone) and Adam Richard Sandler have been married to each other since June 2003.

Her mother even converted to her father’s religion, i.e. Judaism. The lovers welcomed her in May 2006 whereas they welcomed her sister, Sunny in November 2008. 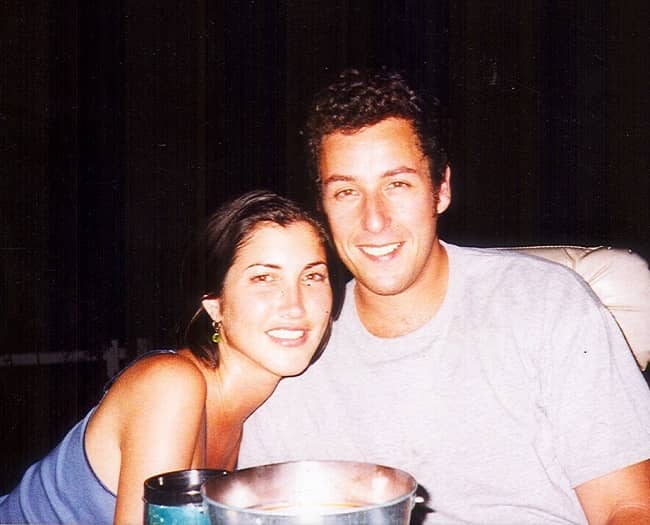 Sadie Sandler stands tall at a height of 5 feet 5 inches and her weight is 44 kgs. Moreover, as she is just a very young lady, her body measurement stats shall keep changing for a few more years to come.

She is still in the phase of development and growth and hence her data will keep changing for some more time. Likewise, she has beautiful brown eyes and hair of the same color.

Professionally, Sadie Sandler is a young and prominent actress. She is also famous as the celebrity daughter of actor Adam Sandler. Young she starred in Just Go with It in the year 2011 and That’s My Boy in the year 2012.

Initially, she had her first role in the 2008 film Bedtime Stories. The young actress then appeared in the 2010 film Grown Ups. Further, she worked alongside prominent actress Jennifer Aniston in Just Go with It.

When she started her acting career with the movie Bedtime Stories, she was barely two years old. In this movie, she portrayed the character of the Sweetest medieval girl of all time.

She appeared alongside her dad, Adam Sandler, in the above-mentioned movie.

Since then, the young girl has regularly made appearances in most of her father’s movies. Some of them are Grown Ups, Just Go With It, Jack and Jill, That’s My Boy, Grown Ups 2, Blended, The Do-Over, and Sandy Wexler. 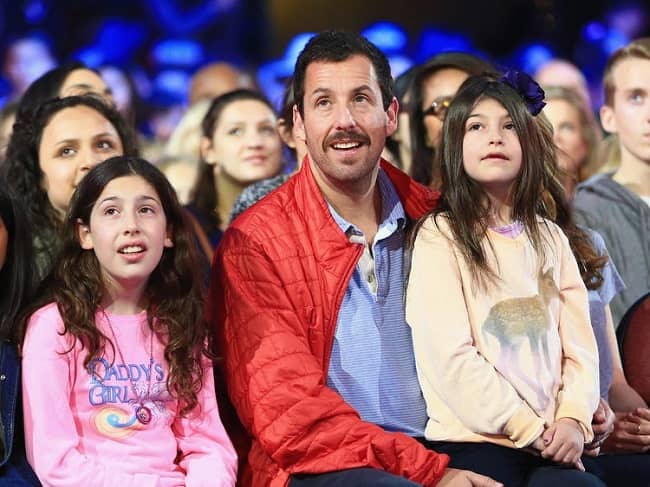 Caption: Sadie Sandler was captured with her father and sister at an event. Source: Insider

Moreover, it is a clear fact that her roles have mostly been small and mostly in films where her dad is either acting or producing or both.

However, the viewers cannot deny the fact that without her active interest, her father would never have cast her in these roles.

Unfortunately, she has not appeared in any talk shows or commercials. The young lady is very close to her dad with whom she loves to ride bikes around their block.

Moreover, her dad also helps her with homework. Likewise, she also enjoys beach holidays and she is often seen playing around with her dad in the water.

Additionally, she is a sweet and shy girl who enjoys every minute of the set. The young actress most probably inherited her father’s comic timing as well. Further, the young lady is also popular for her brutal honesty.

She doesn’t even spare her father from criticism in his bad movies. Both she and her sister, reportedly told their dad that they would rather watch something else than his movies.

Talking about her parents’ professional life, her father is a prominent American actor, comedian, and filmmaker. Adam was also a cast member on Saturday Night Live from 1990 to 1995.

It was before her father went on to star in many Hollywood films. Similarly, her mother is a prominent American actress and model.

The young actress has stayed away from social media despite being a celebrity as well as a celebrity daughter.

Moving on, she has a net worth estimation of $1.5 million US dollars as a young actress. Talking about her father’s net worth and earnings, Adam has an estimated net worth of $420 million.