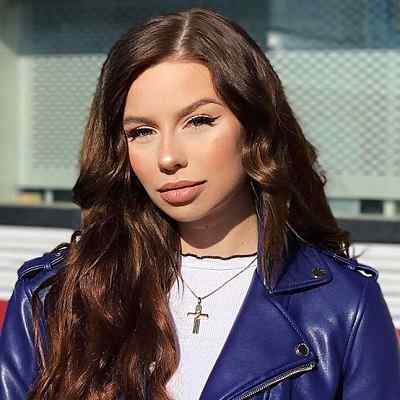 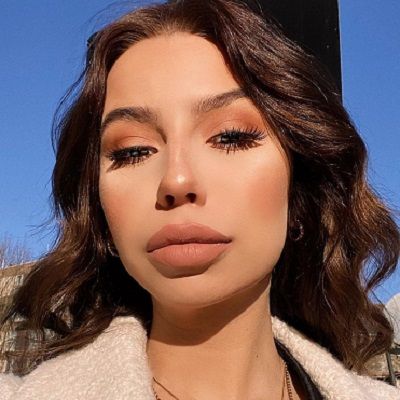 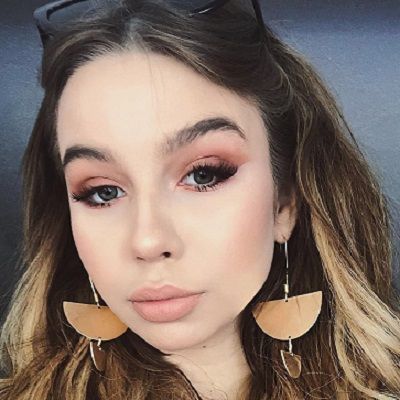 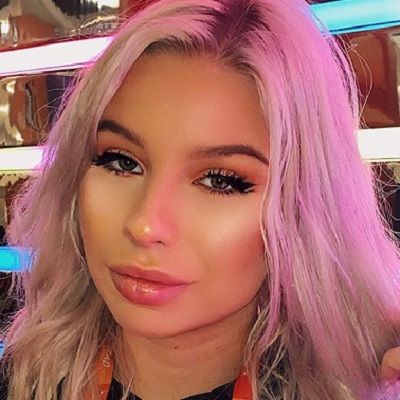 Saamo Petraa was born on March 3, 2000, in Zagreb, Croatia. Her age is 20 years old as of 2022. Her zodiac sign is Pisces. She is Croatian by nationality but her ethnicity is unknown. Furthermore, she has not shared any information related to her family members. Her motto has always been: “The closer you are to dying, the more you feel alive.” Further, she follows Catholicism religion.

Initially, there was a lot of confusion about who Davor was after they created the “thelazyWAVE” channel. They clarified that they met in 2012 and became best friends and that she and her mom consider him almost a biological brother.

Saamo began her YouTube channel on October 6, 2014. She has earned a huge number of fans. She is a YouTube personality who is also widely known for her ‘thelazyWAVE’ channel’s content. Saamo gained popularity there for her DIY projects, makeup tutorials, and challenge completions with friends. Furthermore, she has collaborated with fellow YouTube star Yasserstain on her video “Best Friend Challenge w/Yasserstain | thelazyWAVE.”

Petra focused on challenges, collaborations, taste tests, comedy sketches, discussions, and pranks, a practice she continued with on her personal account. Further, Petra extended to reactions, vlogs, DIY projects, storytime, and advanced makeup tutorials, and announced she planned on adding other types of videos to the mix from time to time. 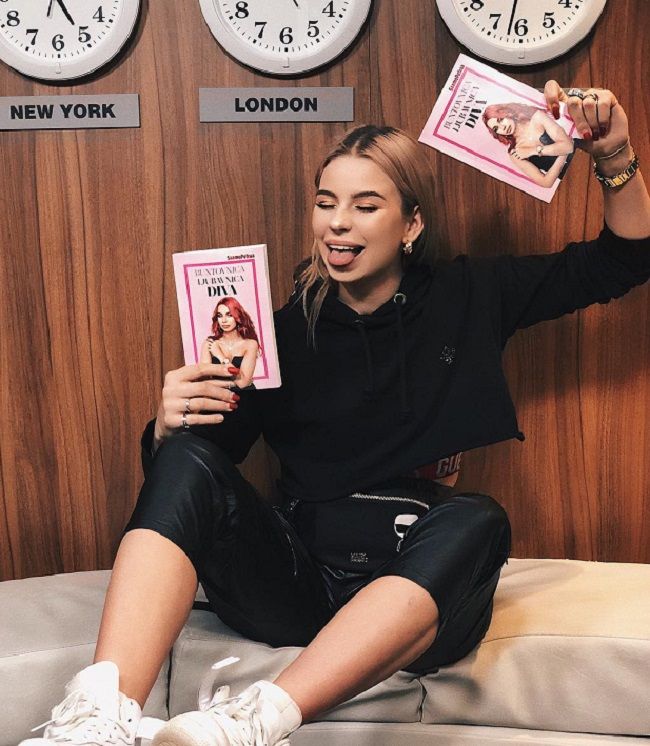 Petra doesn’t listen to folk music and prefers rap, pop, and rock. She is a movie fan and tends to dedicate her free time to that activity. She’s an introvert and prefers her time alone instead of being in the company of others, and has no social anxiety. She got her 1st tattoo of a moon on her right shoulder blade in early December 2016. Because she was younger than 18, she acknowledged that it was risky and illegal, but loved the experience.

Petra tried singing as a kid, but later realized she had no talent for music, neither for singing or playing an instrument. Her least favorite school subject was mathematics. Furthermore, she had her 1st kiss in the 8th grade, at the age of 13 or 14. She drank alcohol for the 1st time during the New Year’s Eve celebration for the year 2014. Petra met one of her favorite YouTubers, Anthony Padilla from Smosh, at the VidCon Europe 2017 event in Amsterdam, Netherlands.

Even the chicken meat was her favorite food in 2015, due to her love of animals and nature, she transitioned to a vegetarian lifestyle. Later, Petra admitted that her conscience has been much clearer and that the switch helped her a lot. She replied that she would have switched to veganism, but certain health issues stopped her.

Petra also reported that her weight went from 64 kg to 58 kg in a short period of time after switching to vegetarianism, and then varied between 58 kg and 60 kg. After playing tennis and dancing for most of her life, in early 2018 she began going to the gym due to the lack of time. However, despite feeling more confident and happier, she still saw the gym workouts as a means to an end and didn’t feel too excited about it.

Likewise, moving towards her earnings and net worth, she might earn a good amount of money. As of now, she might be enjoying her life with her friends and family. However, some online sites estimate her net worth at around $1 million – $5 million.

Petra was in a relationship with a YouTuber named Alen Žabo (@vanimy). They shared numerous social media posts together and were in a YouTube-based creator group named Team Lens. They also recorded challenge videos such as ‘Never Have I Ever’, ‘Who Knows Me Better – Boyfriend vs. Best Friend’, ‘Q&A’, and uploaded vlogs of exotic destinations worldwide they visited together.

Sadly, they broke up in October 2018, but away from the public eye. When it was asked about it, @vanimy claimed it was a private matter, but asked the joint fan pages to be removed or edited to accommodate their break up. She also agreed with his request for YouTube drama, as she vowed never to be mixed up with drama for views. @Vanimy and Petraa also added that their friends who were also YouTubers shouldn’t be tagged or asked about the topic, because they won’t reveal the real reason either.

Currently, she seems to be in a relationship with Marco Cᴜᴄᴄᴜrin. The duo often shares their beautiful pictures on their social media handles. 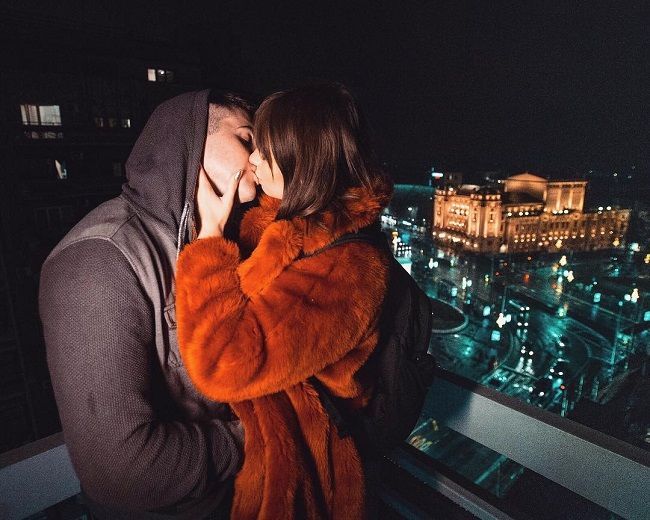 Beautiful Saamo Petraa has an amazing and attractive personality. She has a height of 5 feet 9 inches and weighs around 58 Kgs. She has hazel eyes and blonde hair. Saamo keeps experimenting with her hair in different colors like black, pink, blue, gray, and many more. Furthermore, there are no additional details regarding her body measurements.

And in October 2018, after a lot of comments regarding the matter, Petra admitted that she had her lips volumized with lip fillers. However, she emphasized the importance of going to a credible doctor and staying safe even if it meant paying a little more. 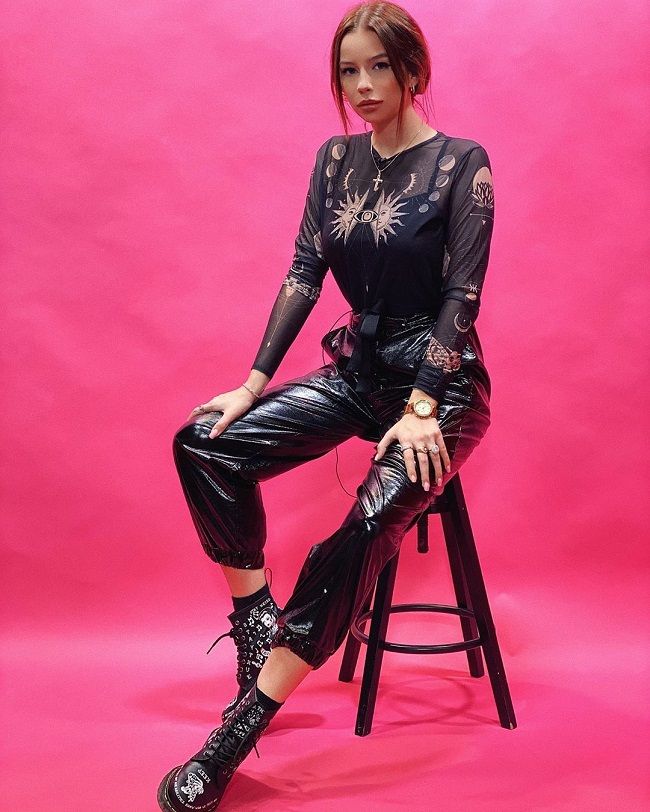 As being a social media star, she is active on different social media platforms. She has garnered more than 412K followers on her ‘saamopetraa’ Instagram account. Her ‘SaamoPetraa’ YouTube channel has earned over 237K subscribers. She has shared her Gmail, [email protected], for business inquires.