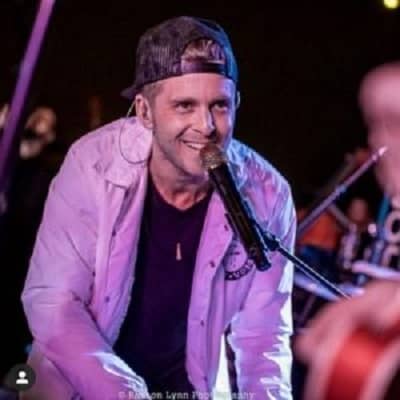 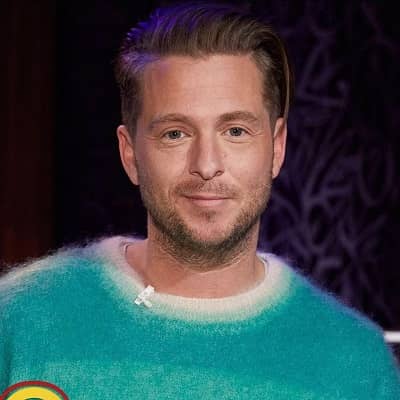 Ryan Tedder is a famous American Musician, Singer, Songwriter, record producer, and actor known as the lead vocalist of Pop Rock Band One Republic. Likewise, Ryan Tedder has been a songwriter for various artists and singers since the mid-2000s including Adele, Beyonce, Taylor Swift, Camila Cabello, Ed Sheeren, Once Direction, Katy Perry, and so on.

Ryan Tedder was born on June 26, 1979(Age 42 years) in Tulsa, Oklahoma, USA. He was born to parents Gary Tedder and Marlene Cunningham and probably raised by the extended family of missionaries and pastors in the Christian church. Moreover, his father was a musician and his mother was a school teacher. He belongs to American Nationality and mixed Ethnicity (English, German, Scottish, Northern Iris). His sexual orientation is straight and his zodiac sign is Leo.

Likewise, he is a self-established musician and singer who learned piano at the age o 3 via Suzuki Method. Moreover, he used to play piano for his parents and church members in exchange for candy. Likewise, he started singing at the age of 7 and learned to sing by himself imitating his favorite artists The Beatles, Peter Gabriel, Stevie Wonder, and Sting at the age of 12. Before he used to perform at church, school, neighborhood, and groups. 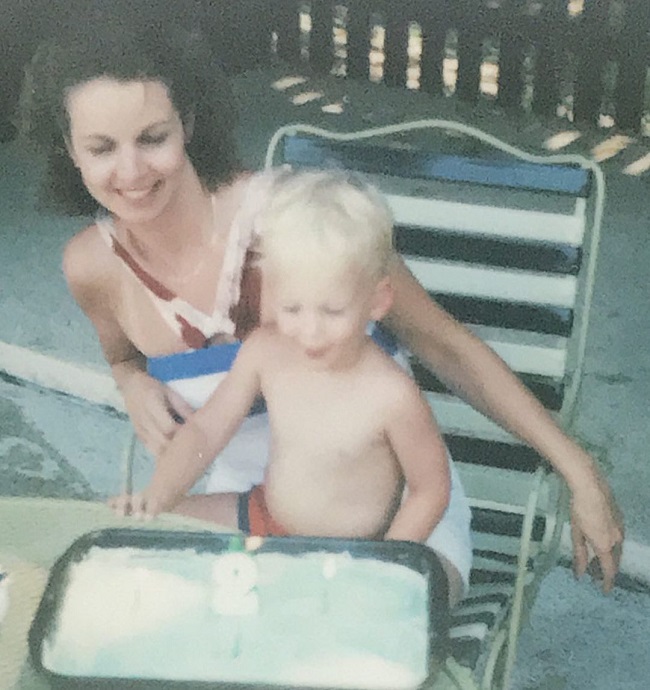 Ryan Tedder sharing an old memory with her mother on Mother’s Day(Source: Instagram)

Moving to his education he was a very delightful student. He attended Jenks, Oklahoma, Tulsa Suburb school until he moved to Colorado Springs, Colorado. At Colorado Springs Christian School he met Zach Filkins on their Soccer team who is now a bandmate of One Republic. After completion of his schooling, he attended Oral Roberts University in Tulsa. There he completed his graduation in 2001 with the degree of Bachelor of Arts in Public relation and advertising.

Tedder is an established pop musician along with a songwriter, record producer, singer, and actor. Before starting his career in singing he worked as a shop assistant at Pottery Barn. It was before securing his dreamwork SKG in Nashville where he used to sing multiple songs and demos. After that, he started his career at singing and songwriting competing in NSYNC. He was even selected in that competition by artist Lance Bass as one of the five finalists to perform a one-hour special on MTV. He performed in one of his songs The Look which was one of the most voted and most loved songs among judges and audiences. After winning the competition he worked with the hip-pop producer Timbaland from 2002-2004. He worked with many musical artists of different genres (pop-rock, R and B, DANCE) from America to the United Kingdom with quite a success. 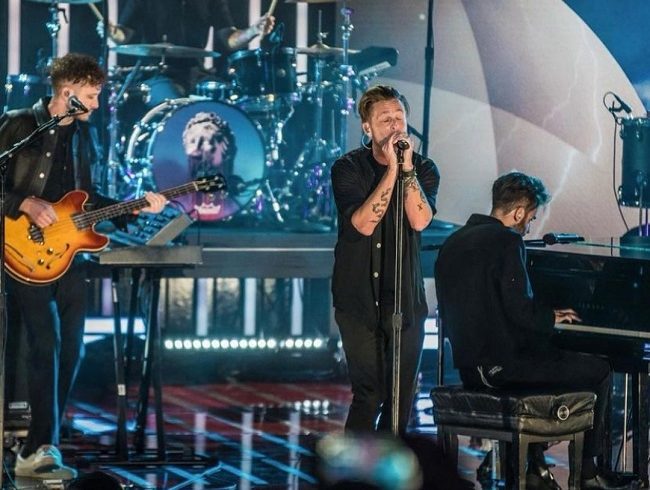 Further, he signed a worldwide publishing administrative deal with Kobalt Music Publishing in June 2007 which performs the new albums which are not performed by One Republic. The song Apologize written by Tedder has broken all records of US Top 40 Radio and another song ‘Bleeding Love’ c0-written by him was also a huge success. It was one of the best-selling albums in the UK and won the British Single Award Nomination at Brit Award.

He was the writer of the songs of many famous musical artists including Taylor Swift, Demi Lovato, Adele, Jenifer Lopez Kelly Karkson, Birdy, Carrie Underwood, Leona Lewis, Jennifer Hudson, Alexandra Burke, Beyonce Monrose, and so on. Among them, all of the songs turned to be successful ones. His song Do it well with Jennifer Lopez, All I ever wanted, If I can’t have you, impossible, save you already gone with Kelly Clarkson has been a wide success.

Likewise, his credit on the song Halo in 2008 with Beyonce was one of the best songs receiving Grammy nomination with a record of the year twice. His other work on Leona Lewis’s second album Echo, Happy, You don’t care also featuring Tedder was commendable. He also co-worked for battlefield song from Jordin Sparks and worked with American Idol S8 runner up Adam Lambert’s debut album. Similarly, he launched his own record company Patriot Records in 2009.

With the company on board, he signed My Name is Kay, Nikki Flores. Following the route, he established his own publishing company Patriot Games Publishing in 2009. He has multiple writers and producers including Info, Noel, Zancanella, Cellist/Bassist One Republic, and so on. The writers along with tedder were responsible for songs such as I was here, Good Life, I just had sex, Lost Then Found, Count On You, And then we dance and so on.

After his first collaboration with famous stars, his interest grew even better with these stars Adele, Demi Lovato, Maroon 5, Taylor Swift, Ariana Grande, One Direction, Selena Gomez, Zedd, and so on. Besides that, he also served as a Judge for the 10th and 11th annual Independent Music Awards, celebrity mentor during the Second Season of The Voice(Australia), and others too. With all his works he is also a core lead vocalist to his band One Republic along with other bands members Zack Filkins, Drew Brown, Brent Kutzle. They formed their band in 2002 during his high school time with Zach Filkins. 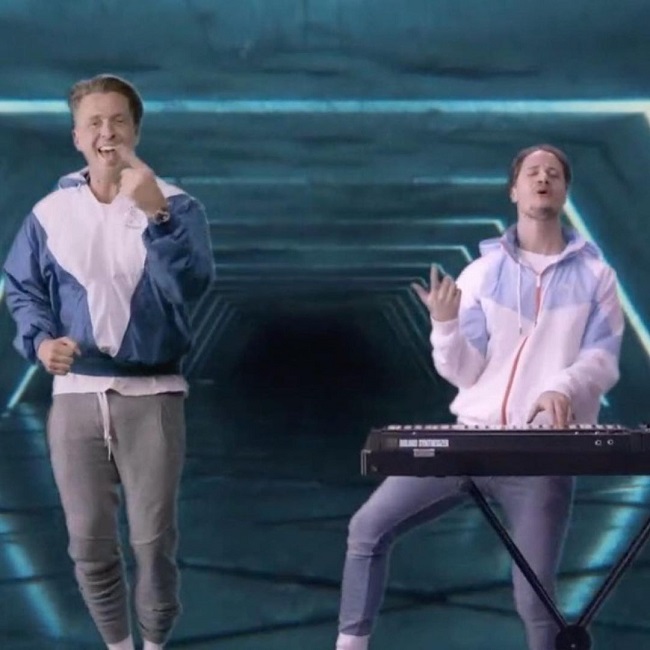 The multitalented musician has won and been part of many awards and nominations with his outstanding career graph. He was Nominated 5 times with Grammy Awards for his written Albums songs. His Nominated songs include Bleeding Love, Halo, I Am Sasha Fierce, Beyonce, and so on. Along with the nomination, he has won the Grammy Award thrice. He’s written songs 21, 1989, and 25 has turned to the best album-winning Grammys. His album 1989 and 25 has won Album of the Year. Besides that, he was nominated with Golden Globe Awards for his work on the album Faith(2017). His album was nominated for Best Original Song. There are more of him in his bag for his work.

Ryan has earned an estimated net worth of around $30 Million with his fruitful career. His primary source of income includes his Musical career and his production company as well. No wonder he has gathered a great sum of money through his hard work in the industry. Now he is modest to have a fortunate lifestyle along with his family.

Ryan is a married man with a father of two kids. He tied the knot with his long-time girlfriend Genevieve Tedder in the year 2004. They had an intimate wedding ceremony along with their family members and friends. Further, they have two sons named Mile Tedder and Copeland Cruz Tedder. Copeland Cruz Tedder was born in August 2010 and Miles Tedder was born in September of 2014. They are a happy family with 4 members and are living a blissful life. 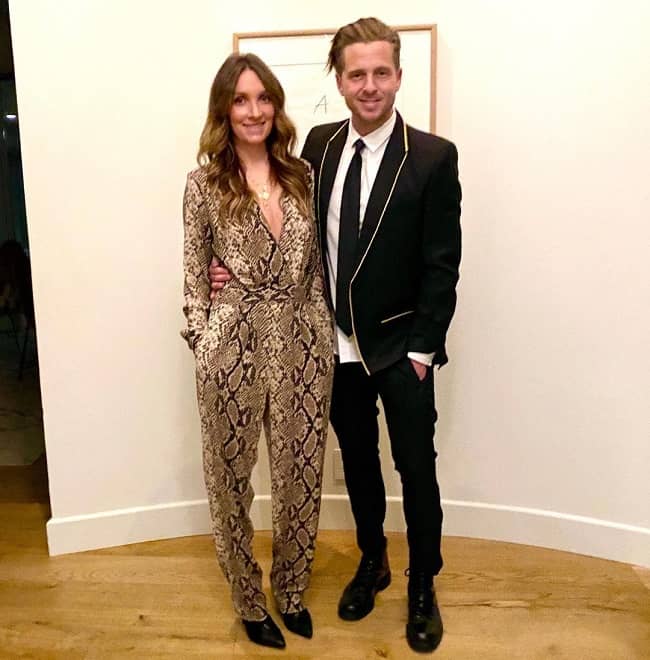 Ryan Tedder posing for a photo with his wife at an Award Show (Source: Instagram)

He has a perfect body with a height of 6 feet and a weight of 74 kgs. In Addition, he has hazel blue eyes with light brown hair color. There are not many details regarding his body measurements but he is one of the artists who like to keep themself fit and healthy.