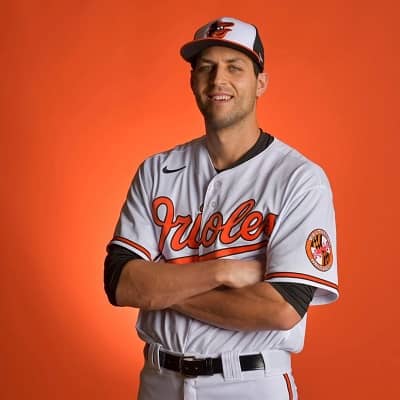 Ryan Ripken was born on 26 July 1993 and he is currently 28 years old. He hails from Hunt Valley, MD, and his zodiac sign is Leo. Likewise, his full name is Ryan Calvin Ripken.

Moreover, this personality has German, English, and Irish ancestry from his father’s side. Regarding his education, he attended Gilman School located in Baltimore and later on went to Indian River Community College (Fla.). 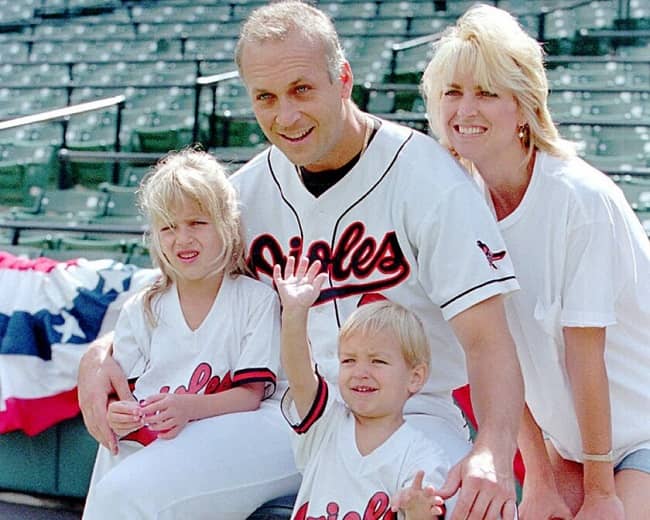 Caption: Ryan in a childhood photograph with his family. Source: Los Angeles Times

Professionally, Ryan Ripken is a baseballer. He plays as the first baseman and designated hitter for the Baltimore Orioles’ minors. For this team, he wears jersey #11. Baltimore Orioles drafted this player in round 20 of the 2012 MiLB. Likewise, Washington Nationals drafted him in round 15 of the 2014 MLB, however, his ankle injuries plagued him for two years.

Further, this baseballer spent most of his time with the Nationals’ organization. This was prior to being picked by the Orioles. Baltimore Orioles initially signed this player to Aberdeen IronBirds back in the year 2017. Then on the 12th of February 2021, the organization re-signed this player to a minor-league contract for Short-Season Class-A Aberdeen.

When he was attending Gilman School, he participated in the Armour All-America Game at Wrigley Field. There, this personality received a hardball scholarship to South Carolina for his baseball skills. When attending Indian River State College, he also played baseball starting in 2014. Besides baseball, this player also played basketball. 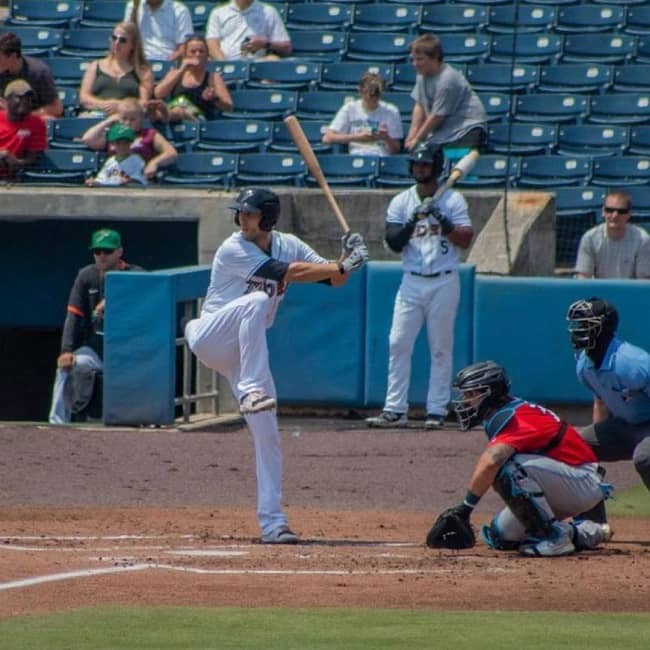 Caption: Ryan Ripken was photographed during his game. Source: Instagram

Ryan Ripken’s relationship status is a mystery as of now. The baseballer is not very active on social media and hence there is no direct information provided through his profiles. Also, the player is also very careful about what he shares with the public and hence he has kept his professional and personal life separate from each other so far.

Ryan Ripken stands tall at an approximate height of 6 feet 6 inches or 1.98 meters and his weight is around 92 kgs or 205 lbs. Likewise, this player has dark brown hair and hazel green eyes. Besides these, the American baseball player’s other body measurement details are still under review.

Talking about his social media presence, Ryan Ripken is available on Facebook as “Ryan Ripken”. Besides this, he recently joined Instagram in August 2021. The baseballer’s username on this platform is @ryanripken and he has shared only 3 posts so far as of April 2022, the latest one posted in October 2021. 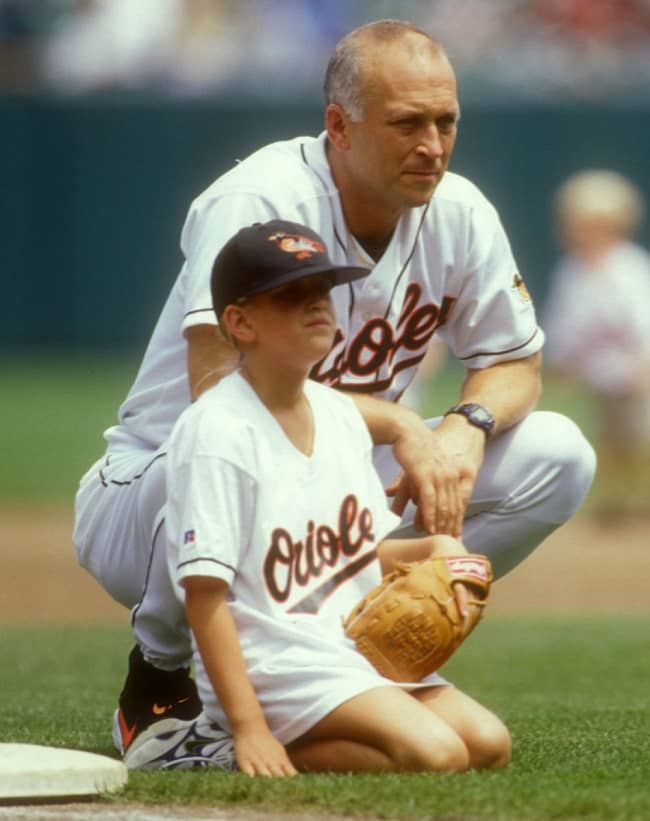 Caption: Ryan Ripken in a childhood photo with his father. Source: SI Kids

Moving on, the young baseballer’s net worth and earnings are still under review. On the other hand, his father – Cal Ripken Jr. – is worth $75 million and his uncle – Billy Ripken – is worth $2.5 million US dollars.